“Atompheric River or Pinapple Express?  Moisture from with this system extends to Indonesia!” – US National Weather Service Boise, ID, 12/27/22

The atmospheric river impacting the US West Coast today is tapping into a moisture plume that stretches 8,000-miles to Indonesia.

This wet, warm, windy, and wild atmospheric river is clobbering the West Coast of the United States of America today with heavy rain, high mountain snow, and hurricane-force winds.

Feet of snow are forecast in the high mountains of the West Coast with this storm.

Up to 10-inches of liquid precipitation is forecast in California’s Sierra Nevada mountains in the next 7-days.

The last time we saw something like this was in 2017 when an atmospheric river stretched from China to Whistler, BC!

This Trans-Pacific Atmospheric River (revealed by microwave sensors on polar-orbiting satellites) is delivering significant rains to the U.S. west coast and drought relief to California. The NWS in San Francisco indicates that “it’s very likely to be wettest end of year in the Bay Area & north Central Coast since 2005”. Bring it! – CIMSS, 12/27/22

The main issue with this storm will be snow levels.

In California, snow levels will be over 8,000′ for the most intense part of the storm. 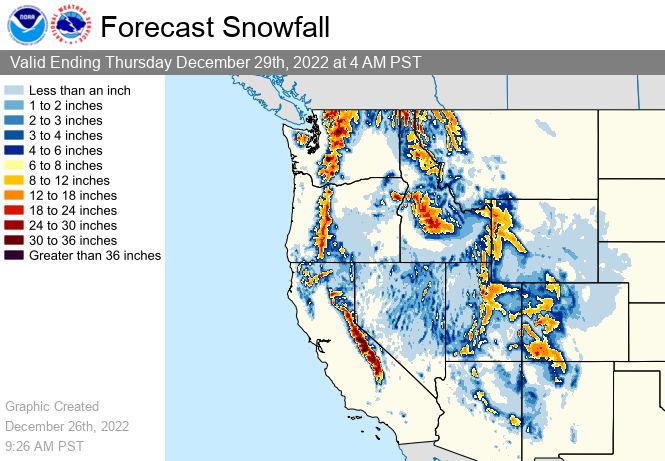 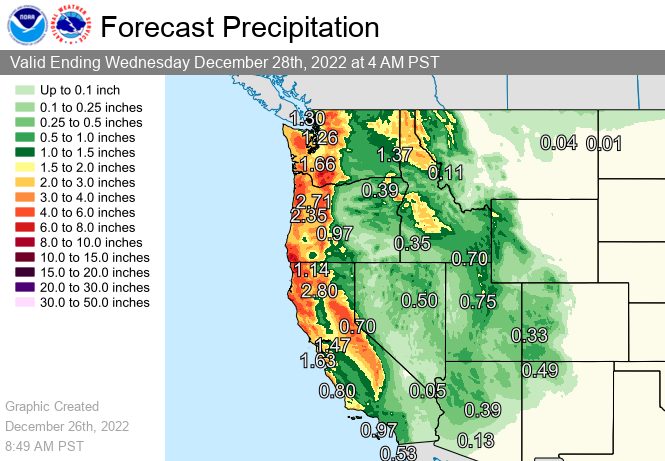 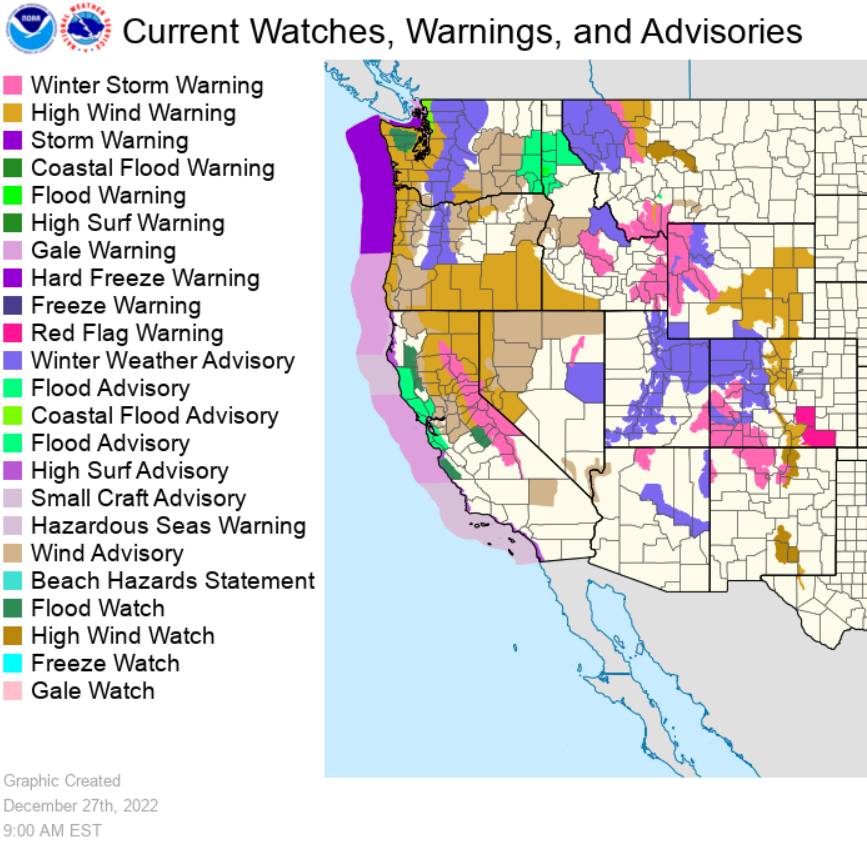 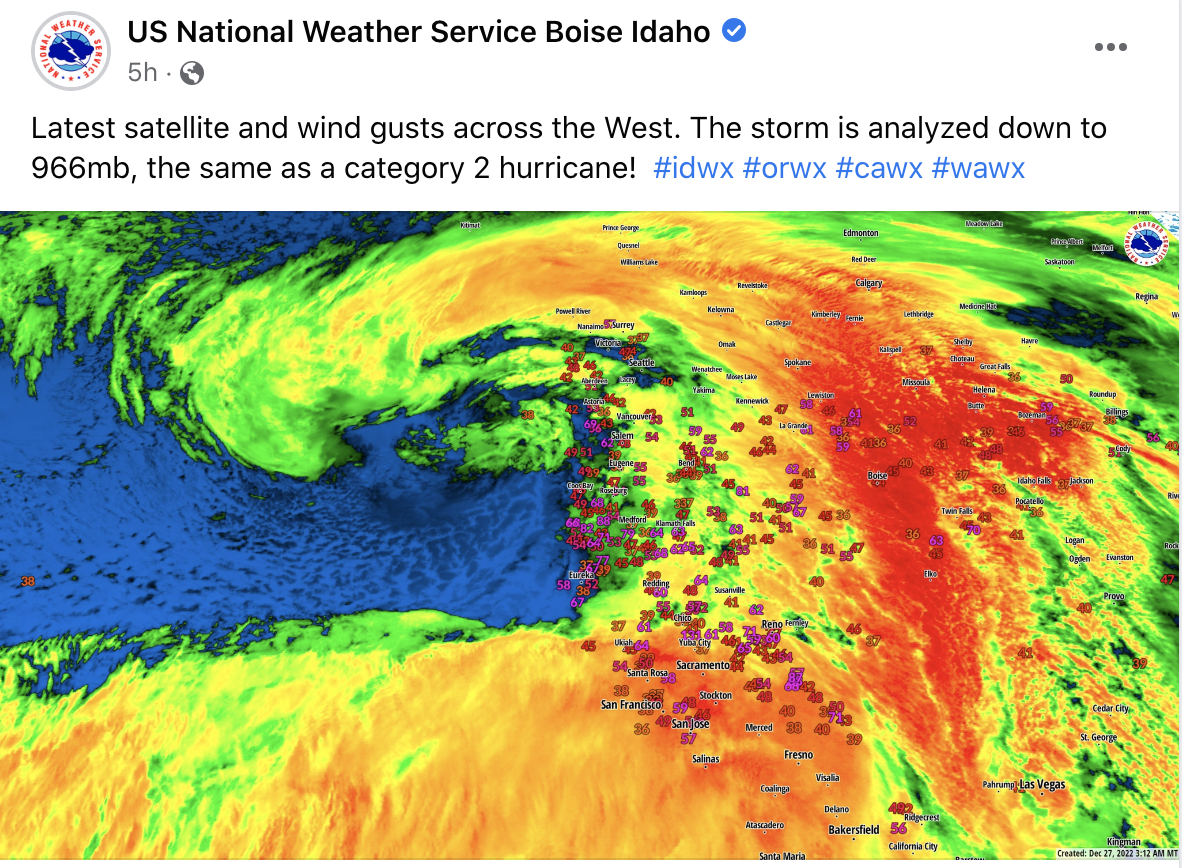 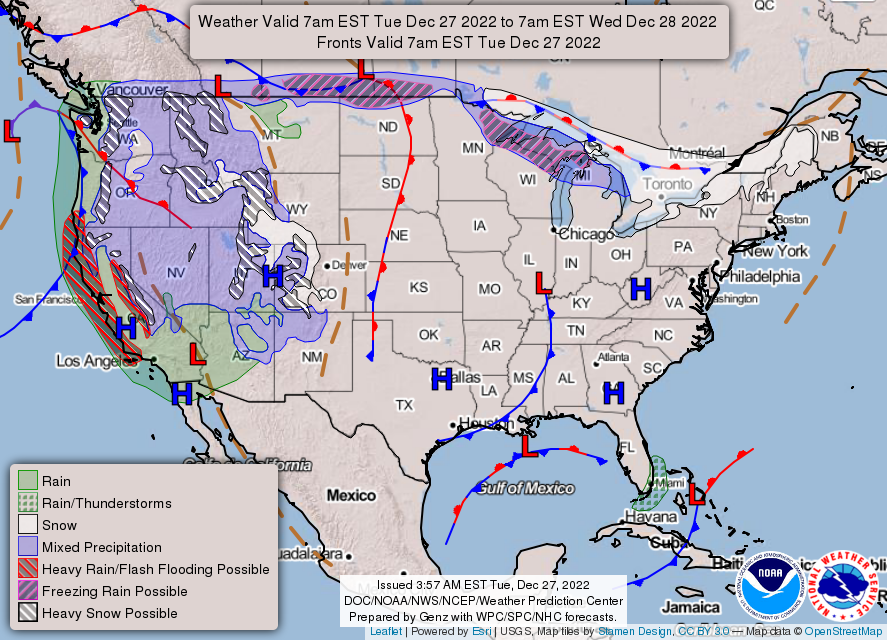