The west is off to a pretty solid start to winter – see below. Even before this week’s continued active weather, mountain snowpacks were deeper than usual across most of the west, with the only exceptions being portions of the Northern Rockies and the furthest south bits of the Sierra Nevada. Resorts across the West are set up pretty well for upcoming opening days.

This week will deliver the goods to many areas. Resorts in the Pacific Northwest, the Sierra, the Northern Rockies, and Utah will see additional big accumulations by midweek this week. Arizona, New Mexico, and maybe Colorado resorts are the only spots that might not do so great this week.

The long range forecast isn’t all good news. The spigot may close for big mountain snowstorms over the west after this week, but a generally cool weather pattern will at least enable continued snowmaking as resorts prep for the season.

The Northwest is in the process of getting hammered as I write. Rain is slowly changing back to snow, and Winter weather advisories are in effect across the Cascades in Washington and Oregon.

For Washington: By Sunday evening, 6-12″ of snow is forecast above 2500′ for the Washington Cascades, with the potential for higher accumulations above 3500′. Most of the resorts are perched well above 2500′, so I’m thinking the ski areas can generally expect to be closer to 7-14″. Crystal Mountain and Stevens/Snoqualmie pass areas will be favored with this one and could tickle the upper ends of that range.

For Oregon: Lingering warmer air aloft will cut down on snow a little bit, with rainfall for resorts lasting as long as midday Saturday, but good accumulations are still in the cards for Oregon. By Monday morning, look for 6-10″ of new snow.

California will get dumped on early next week. A prolonged period of mountain snowfall looks to begin early Monday morning and last all the way through midday Wednesday. Very heavy snowfall is likely through this window, with Tahoe resorts (and Mammoth) looking at accumulations generally in the 18-36″ range.

The heaviest of this snow will come in 2 waves, the first through the day Monday and the second early Tuesday morning and into the day.

The weather looks to trend drier toward the middle of the month. A weak storm isn’t out of the question around next weekend, but nothing to get too excited about at this point.

Snow is underway across Idaho and Montana, and will begin over the Tetons in Wyoming late tonight (Friday night). Totals from this first wave will be around 8-14″ for most resorts in Idaho and northwestern Montana. Unfortunately, Bridger Bowl and Big Sky in Montana will be notably shadowed for this event with only 1-4″ to expect from this wave.

In Wyoming, Jackson Hole and Grand Targhee will see accumulating snowfall late Friday night into Saturday afternoon. Ski and board enthusiasts there can expect 10-18″ of snow by then.

A second wave of mountain snowfall will push into the region on Monday morning, bringing additional heavy accumulations.

This one looks to favor the southeastern parts of the region with resorts like Sun Valley, Big Sky, Bridger Bowl, and the Wyoming areas doing particularly well. Snow could last into Wednesday morning for some, and accumulations will be pretty impressive for the favored areas. Expect 7-15″ more for the aforementioned spots, with comparatively paltry totals of 2-5″ for northern Idaho and northwestern Montana ski areas.

Expect the weather to trend quieter after this week.

The first storm of the next week rolls into Northern Utah Saturday morning. Snow will fall over northern resorts (Snowbasin, Powder Mountain, and Beaver) through the day before heavy snowfall spreads south to the Cottonwoods and Park City area through the afternoon. Mountain snowfall will last into Sunday evening.

I’m expecting to see 8-16″ of snow for most resorts near and north of Salt Lake City, with almost nothing south of the Cottonwoods. The heaviest snow will probably be at Powder Mountain or Snowbasin, which looked to get absolutely pummeled on Sunday.

Another storm will bring more snow Tuesday into Wednesday. The forecast for this storm is tricky, as the heaviest snow will fall along a narrow band. Forecasting the exact placement of a feature like this is about impossible more than 12 hours in advance, so I’m going to stay conservative with forecast totals for this one.

Still, this midweek storm will bring another 12-25″ of snow to most resorts across the state. This time, accumulations will be shared across the state, with no ski area left behind.

I took a lap this morning and the skiing was impeccable. I can’t believe how good it’s going to be after these storms!

Expect a break in the active weather after this week.

The centennial state will be on the edge of the action this week.

Northern resorts like Steamboat will see a few snow showers Saturday night into Sunday, tacking on some small-to-medium accumulations of 3-7″.

Another shot at snow will come Wednesday into Thursday. The storm responsible for this is expected to scrape by to the west, so resorts farther west will have the best chances of seeing appreciable snowfall. The I-70 corridor and Front Range stand to be largely missed, but it will be a close call. At this point, it’s best to wait and see how the forecast trends for a couple of days before putting snowfall numbers on it.

For the first time in a while, the long range forecast for the West is kind of quiet. Cool temperatures will stick around behind this week’s series of storms, but there aren’t any big waves on the horizon to fuss over for now.

While on the topic of powder skiing, here are some shots from this morning. It’s pretty good in the Wasatch right now. 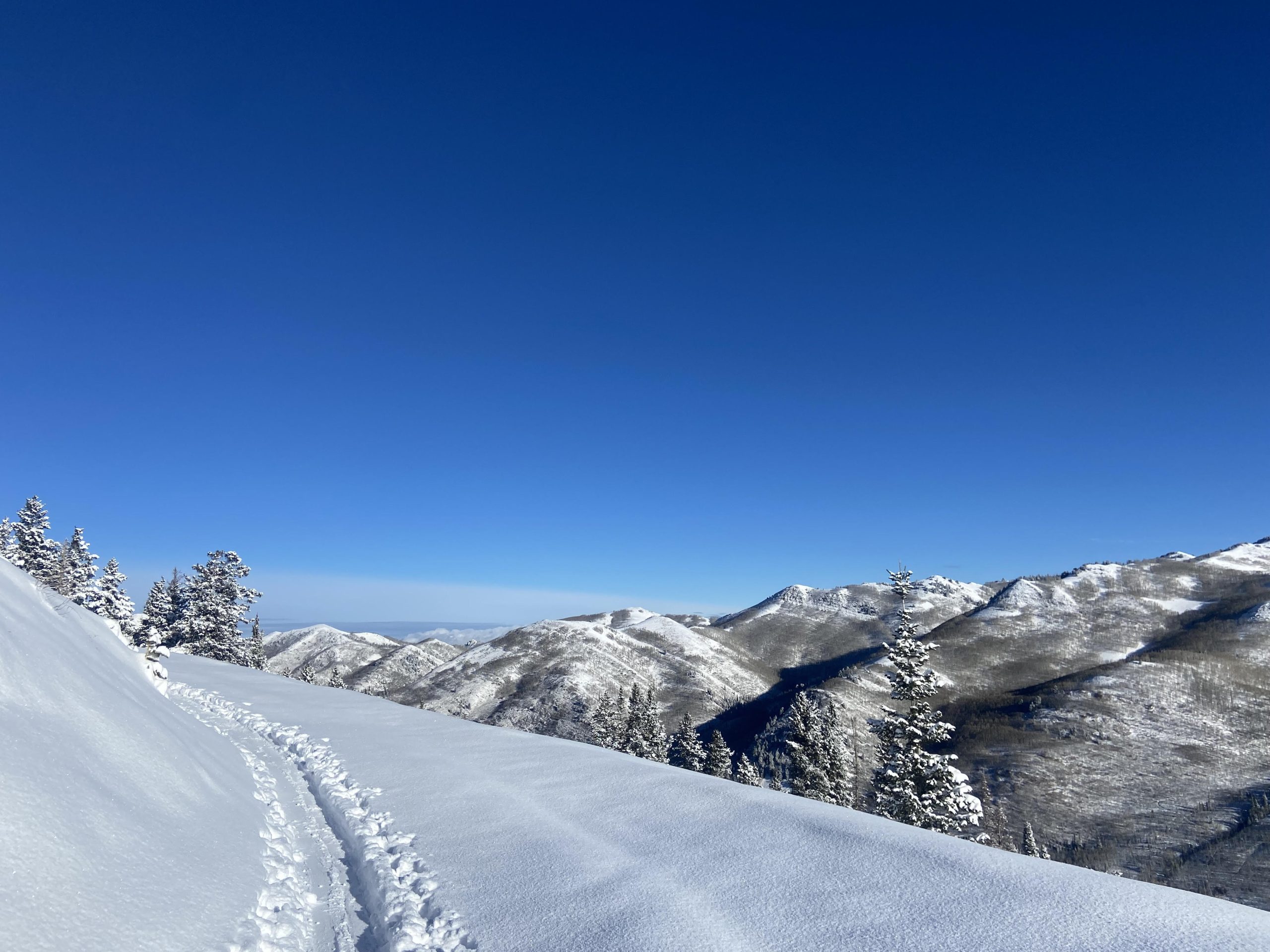 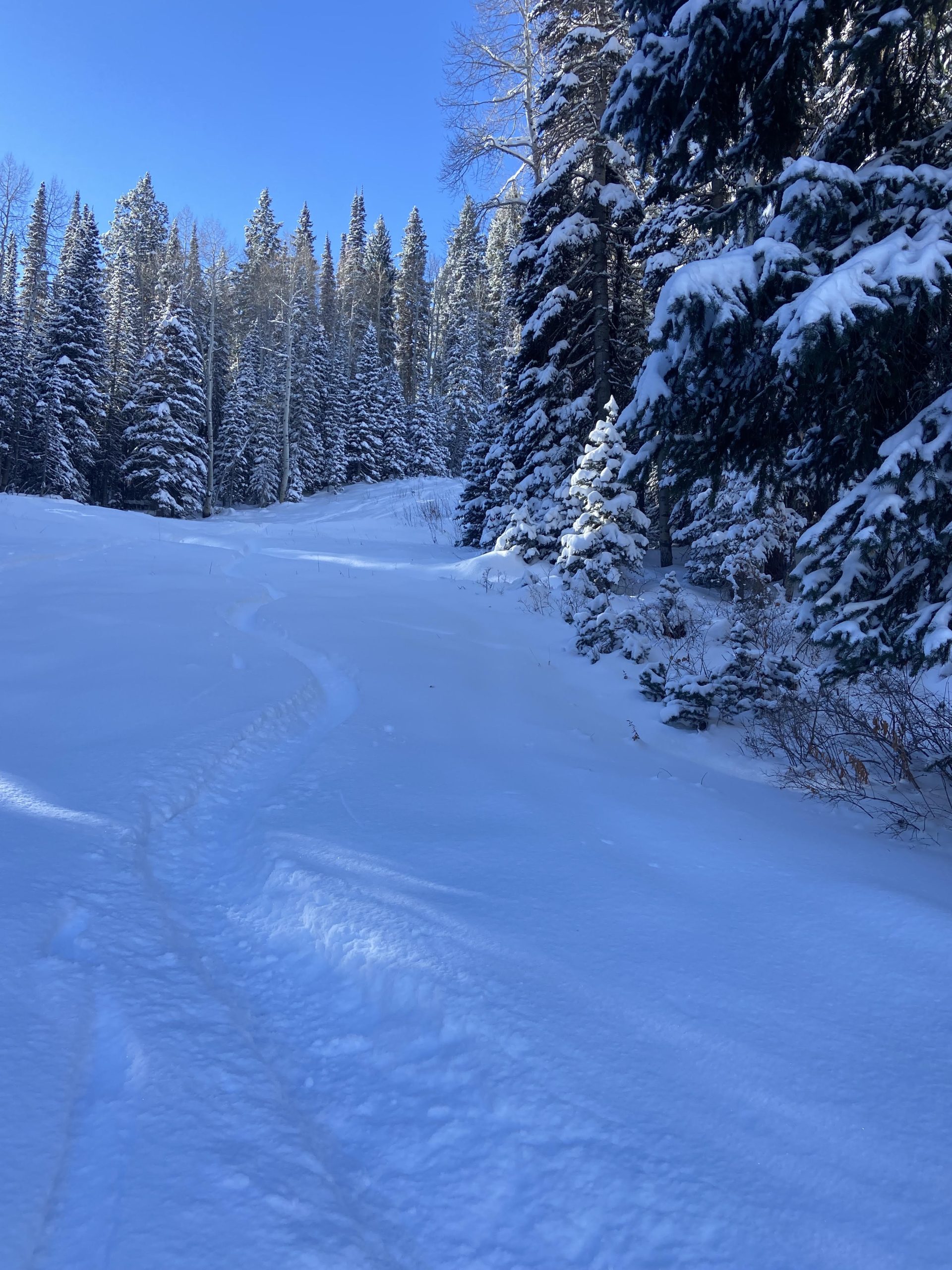 One thought on “SnowBrains Forecast: Active Week Ahead | Feet of Snow for Most of the West”