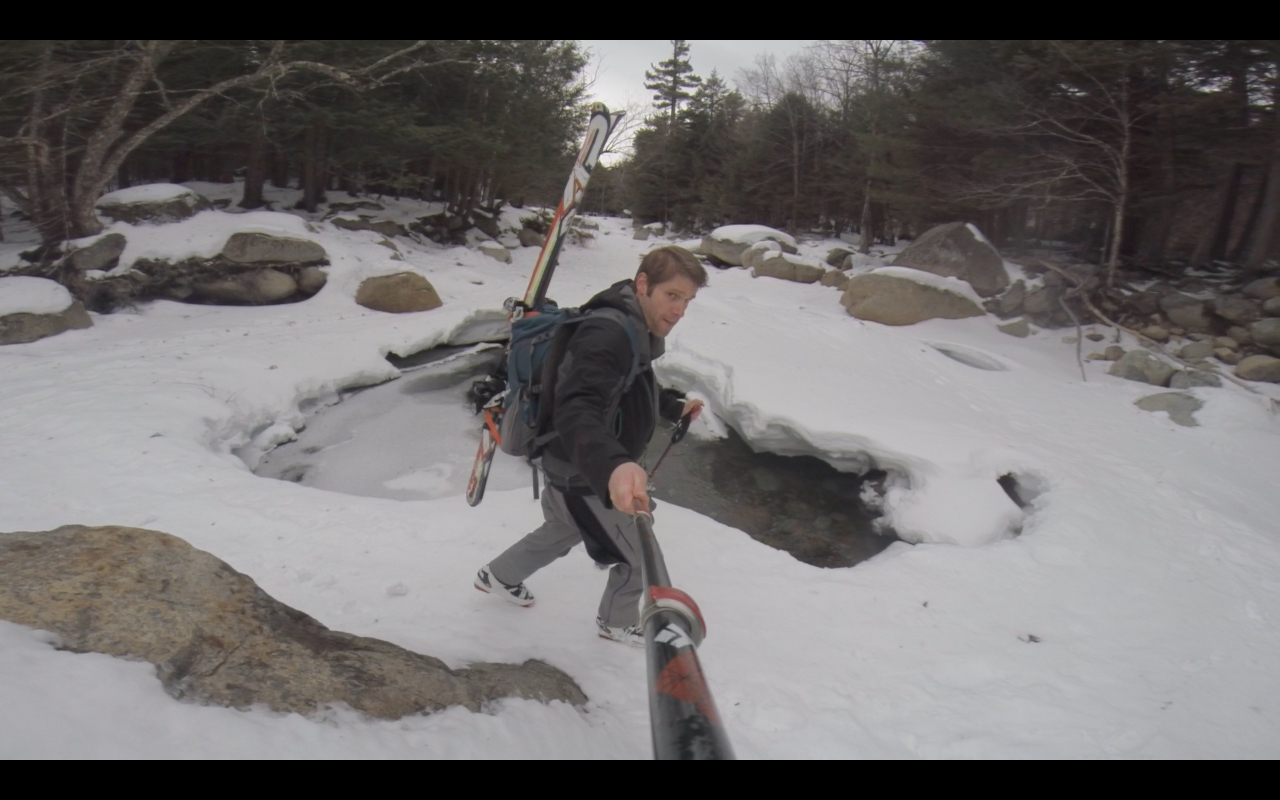 The party is slowly winding down here in the Northeast, and it’s getting to be about last call time for some backcountry spots. So order that shot, drink up, pay up.

This is not to say that one more late season storm (ie the weather pattern that blessed us for the better part of January and February) can’t happen and we’re all pulling for it to.

But the pow conveyor belt that briefly turned Vermont/New England into the best place to ski in North America for a few weeks last month appears to have shut down with no word on its reopening.

So, as we transition to spring skiing and scrape the scraps, there’s still time to get out and check a few season objectives off the list.

Such as one of the more famous – and accessible – landslides in the Adirondack High Peaks region. Back-to-back warm days last week followed immediately by a sub-zero night encased the last of the good soft snow under a bulletproof crust but luckily temps warmed into the high 30s this past Saturday.

In other words, smoke em if you got em…so off I went from the Garden in Keene Valley. 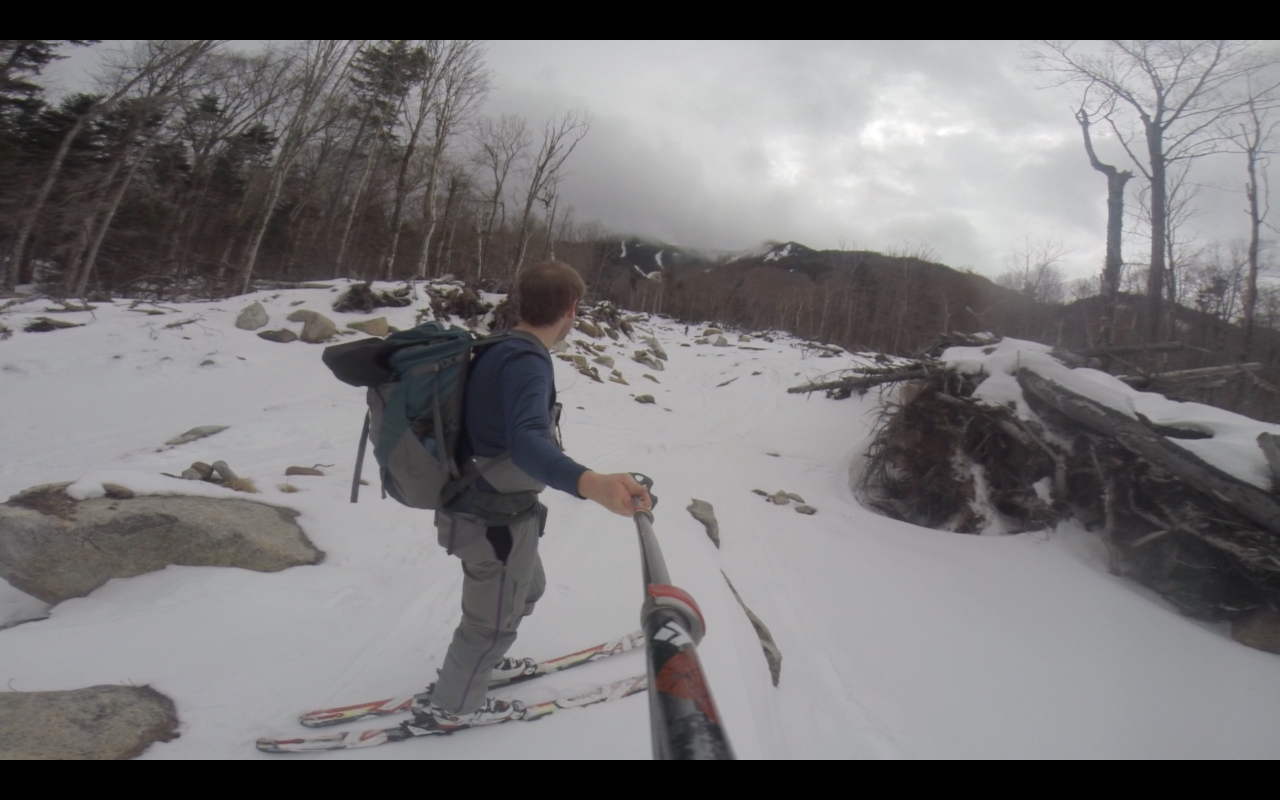 Bennies Brook is about a 2-mile approach – short by Adirondack standards, with minimal climbing.

90% of it was skinning, with the exception being the “this is stable, right??” snow bridge crossing of Johns Brook.

The guidebook proclaimed Bennies to be wider than most resort ski trails, and no steeper than an intermediate blue square. I have to agree. 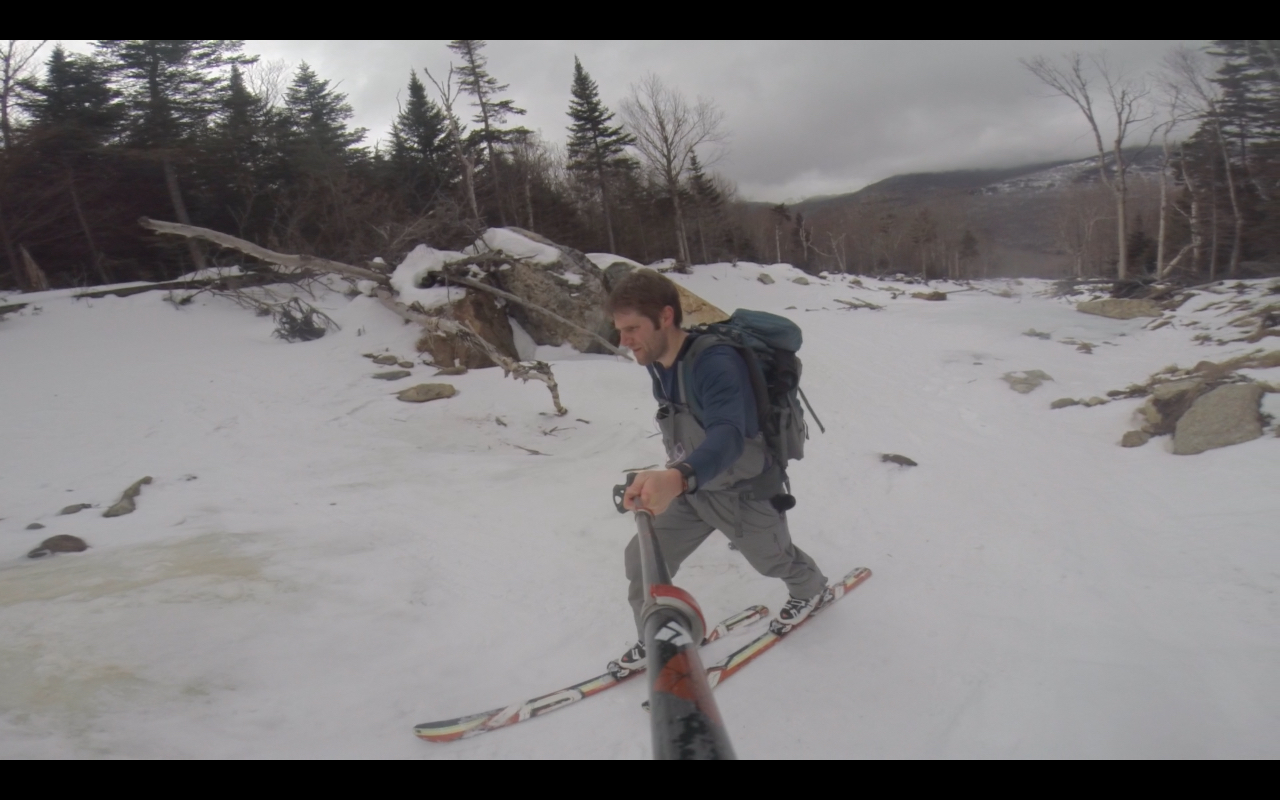 Of course, most resort trails don’t have 20-foot-wide ice bulges peppering the land. Ski the east! 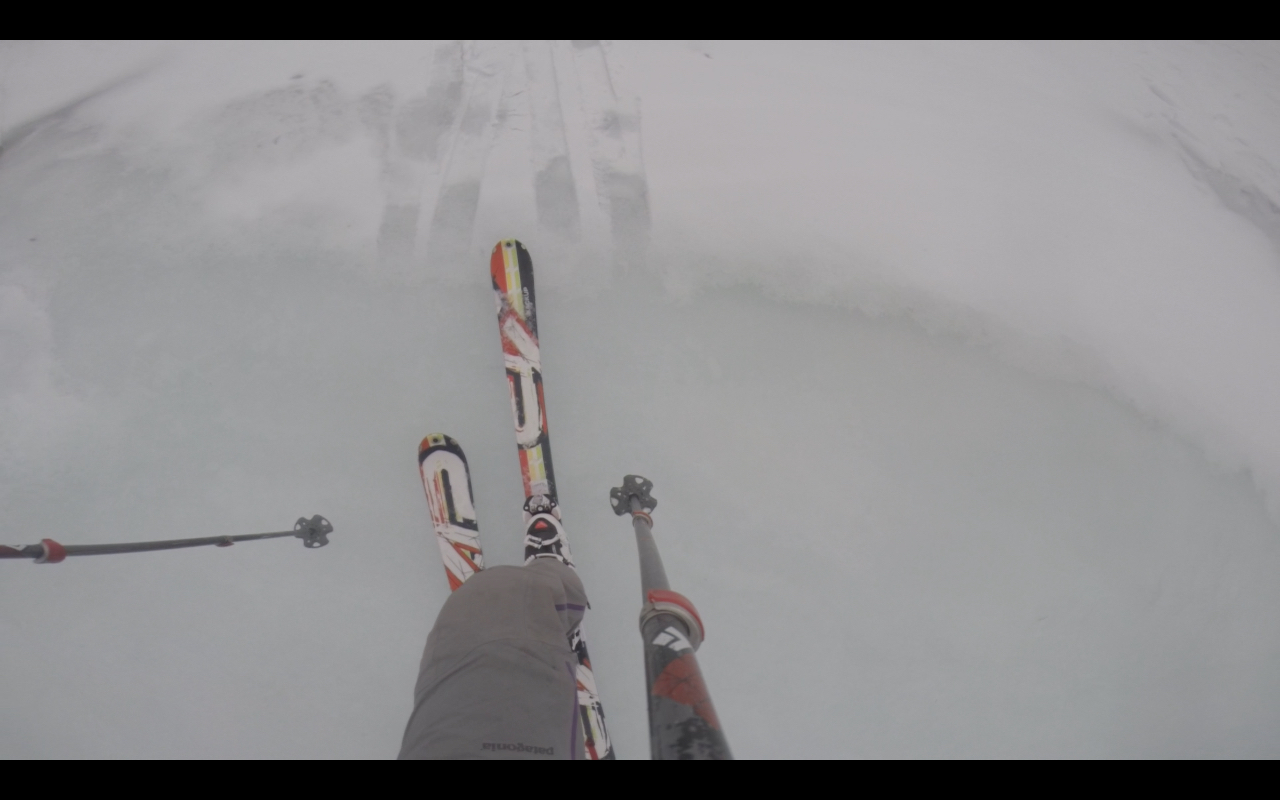 About halfway up the slide it forks into a Y, beyond which only the hardiest ski mountaineers venture.
But everything else to that point is mellow and fun and certainly not boring when dodging ice bulges, waterfall drops and downed trees. 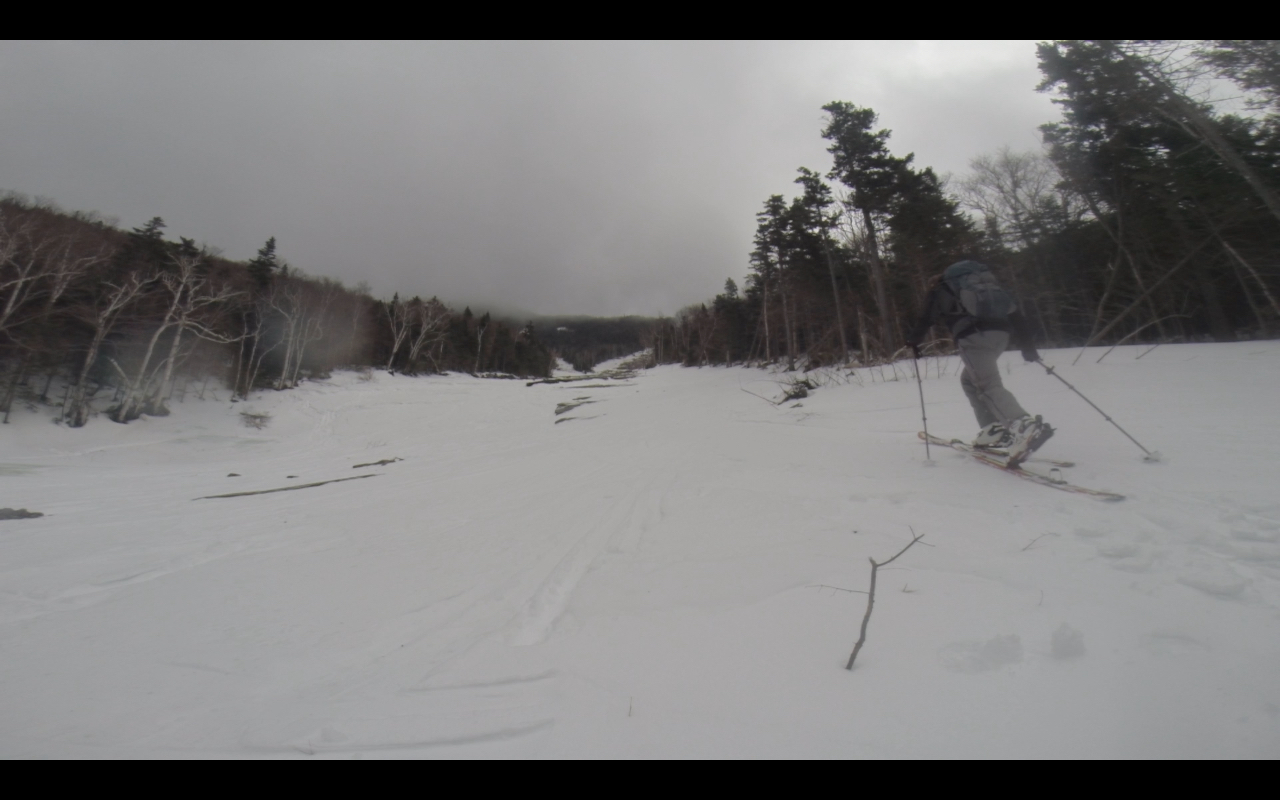 All in all a pleasant day to be in the mountains with spring in the air. 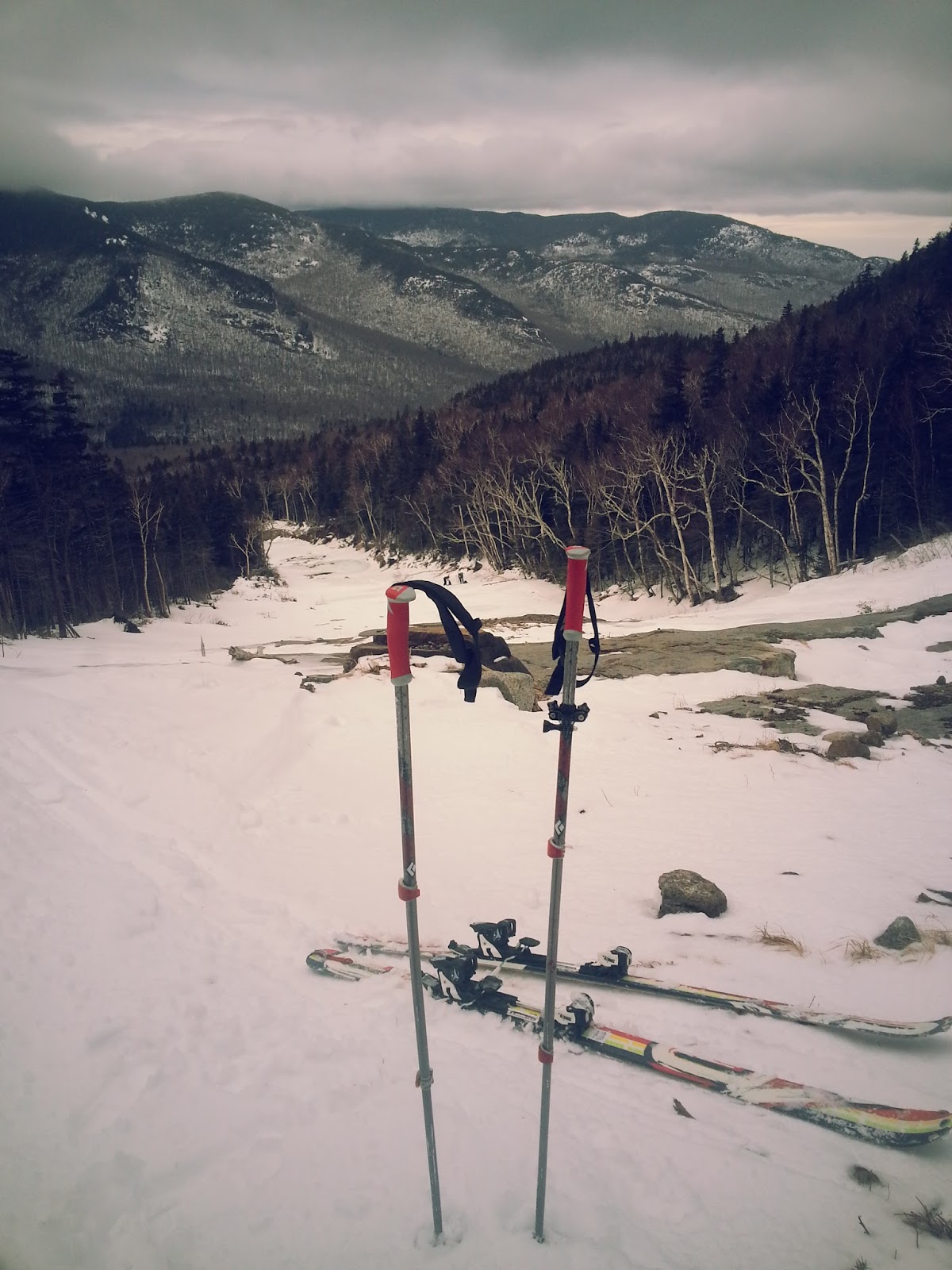 The skiing was, well, as you would expect it after seesawing temperatures and a bit of spitting rain falling. Hard and crusty one turn, mashed potato/cementy the next. Classic definition of ‘variable’ but there were soft lines and fun was had.

And, there was absolutely zero avalanche danger which put the mind at ease. 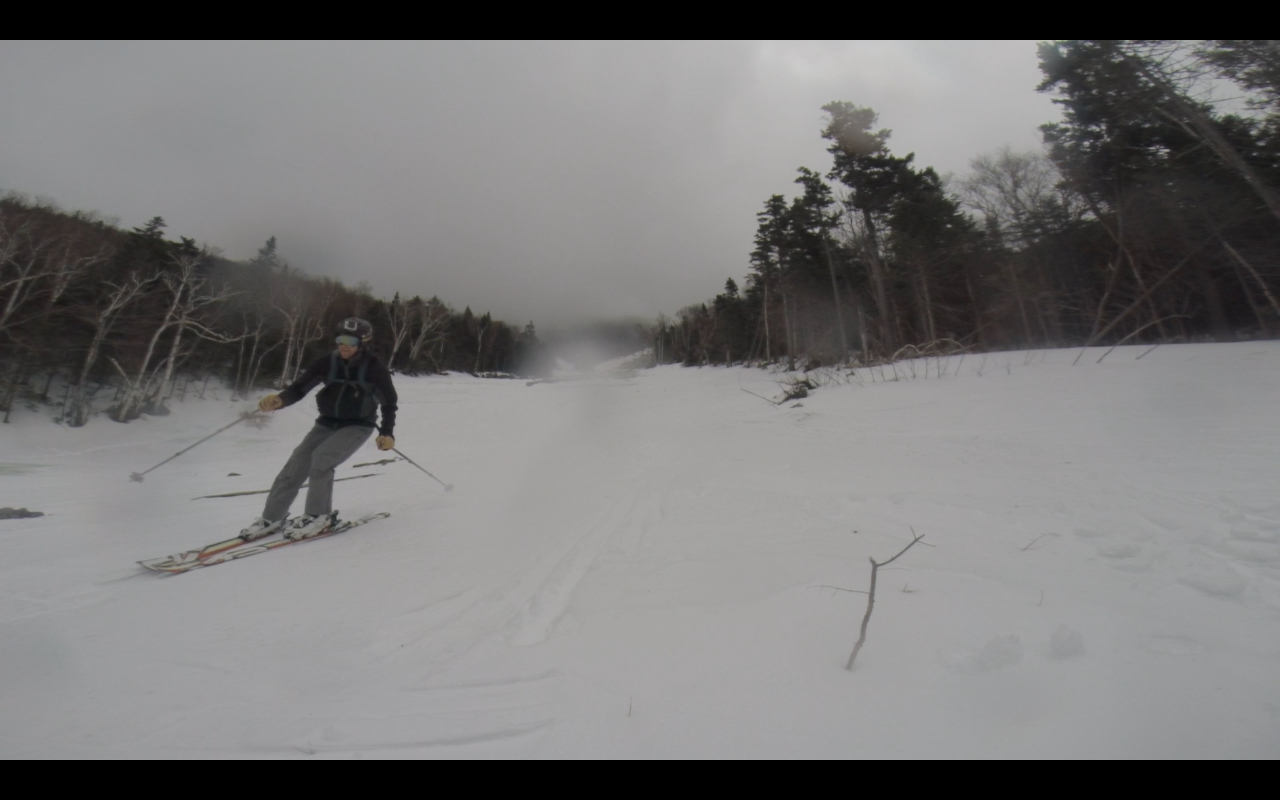 On any future polygraph tests, I will fail if answering no to: have you ever been skiing on a rock slide? 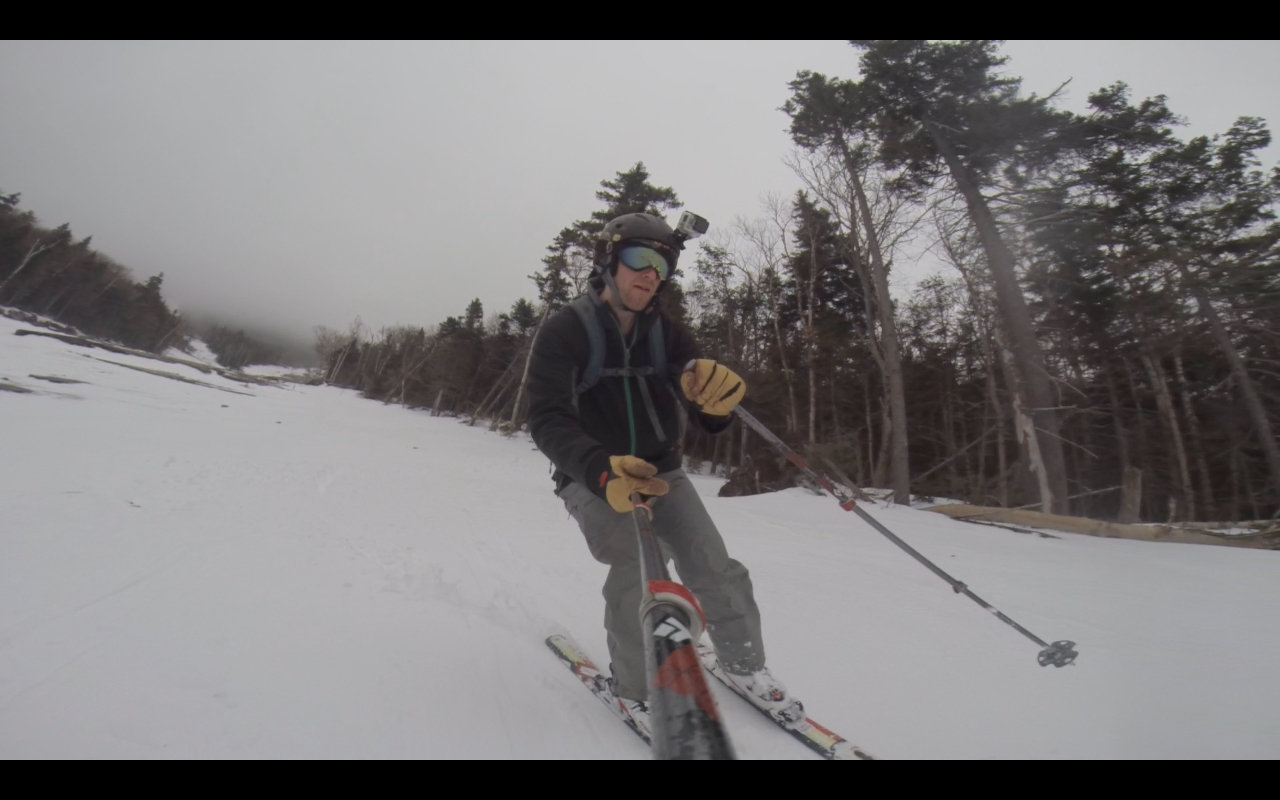 Given more snow, the bottom, narrower part of the slide is a funbox of terrain features, gullies and rocks to play around with. 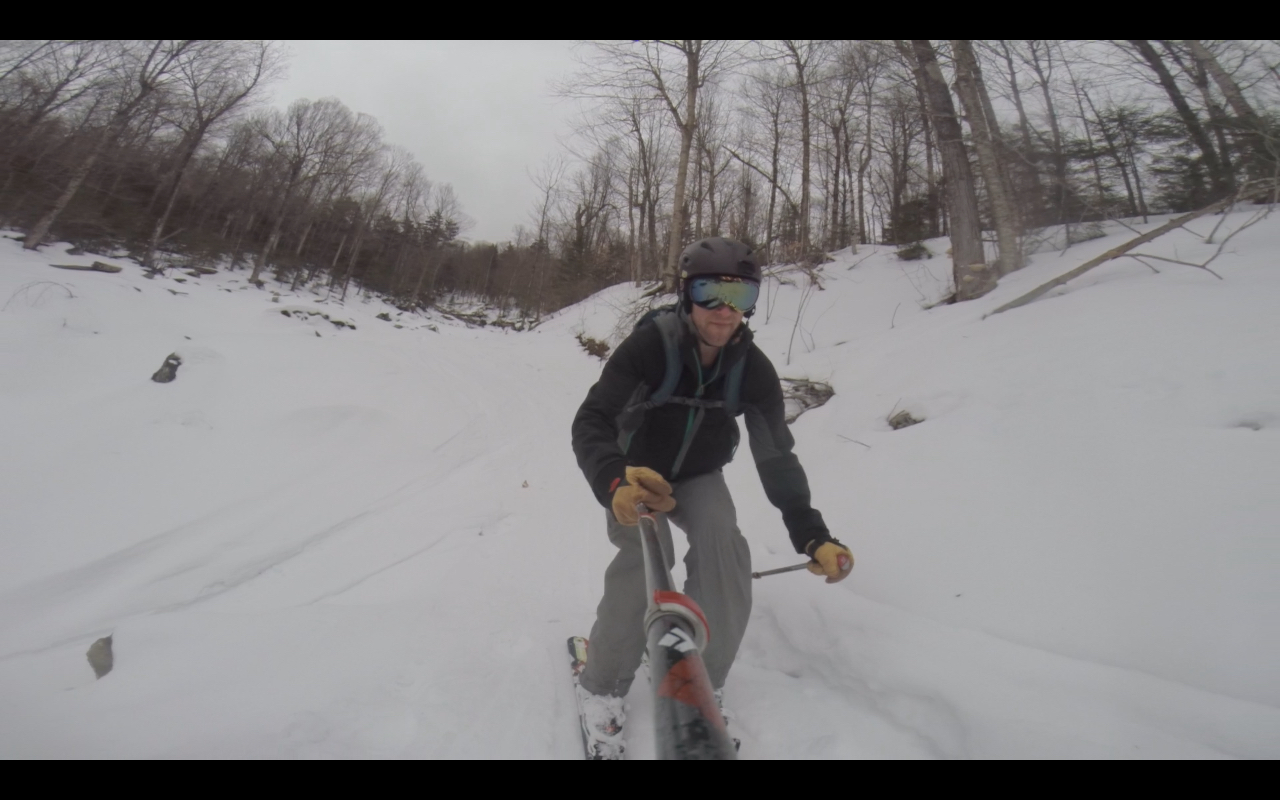 One last quick stroll and exactly four hours after leaving the trail head I was back at my car. Lightning-quick for the ADKs where half-day approaches are usually the norm. 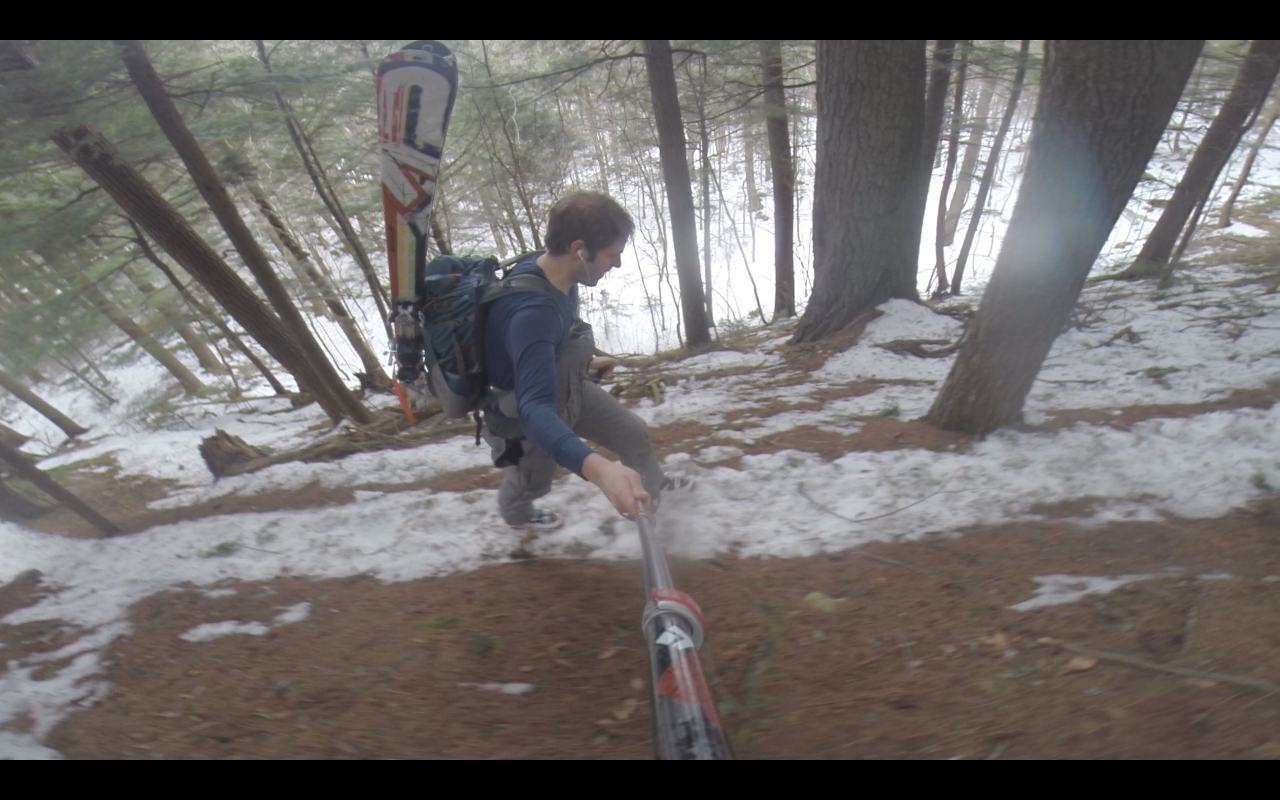 Tab settled up, I drove home knowing that the next time I return to the high peaks region, these guys will be up and about. 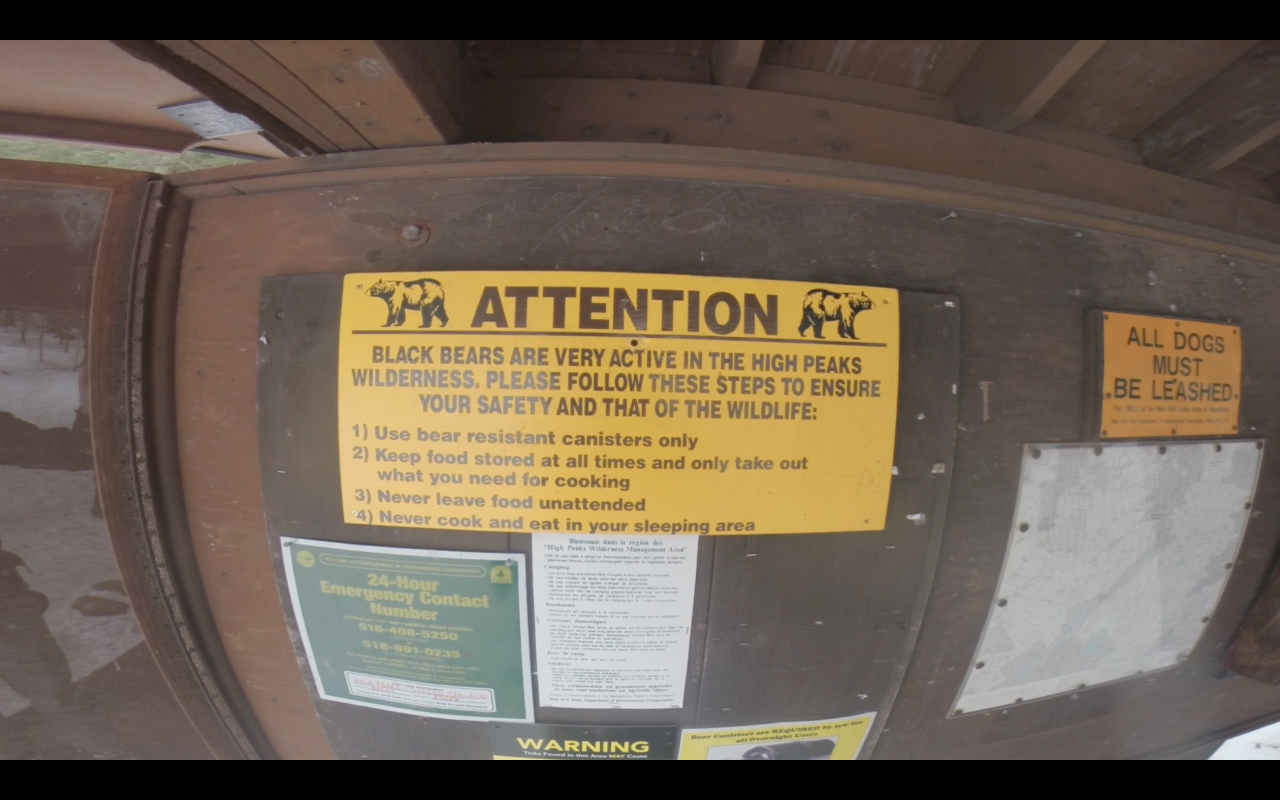