(please check out more advenures by mike on his website:  MikeRecords.com)

There are days that you know that you have everything in your favor: weather, stability, beta, etc. Then, there are days where some pieces of the puzzle might not fit, you don’t know how it will turn out. 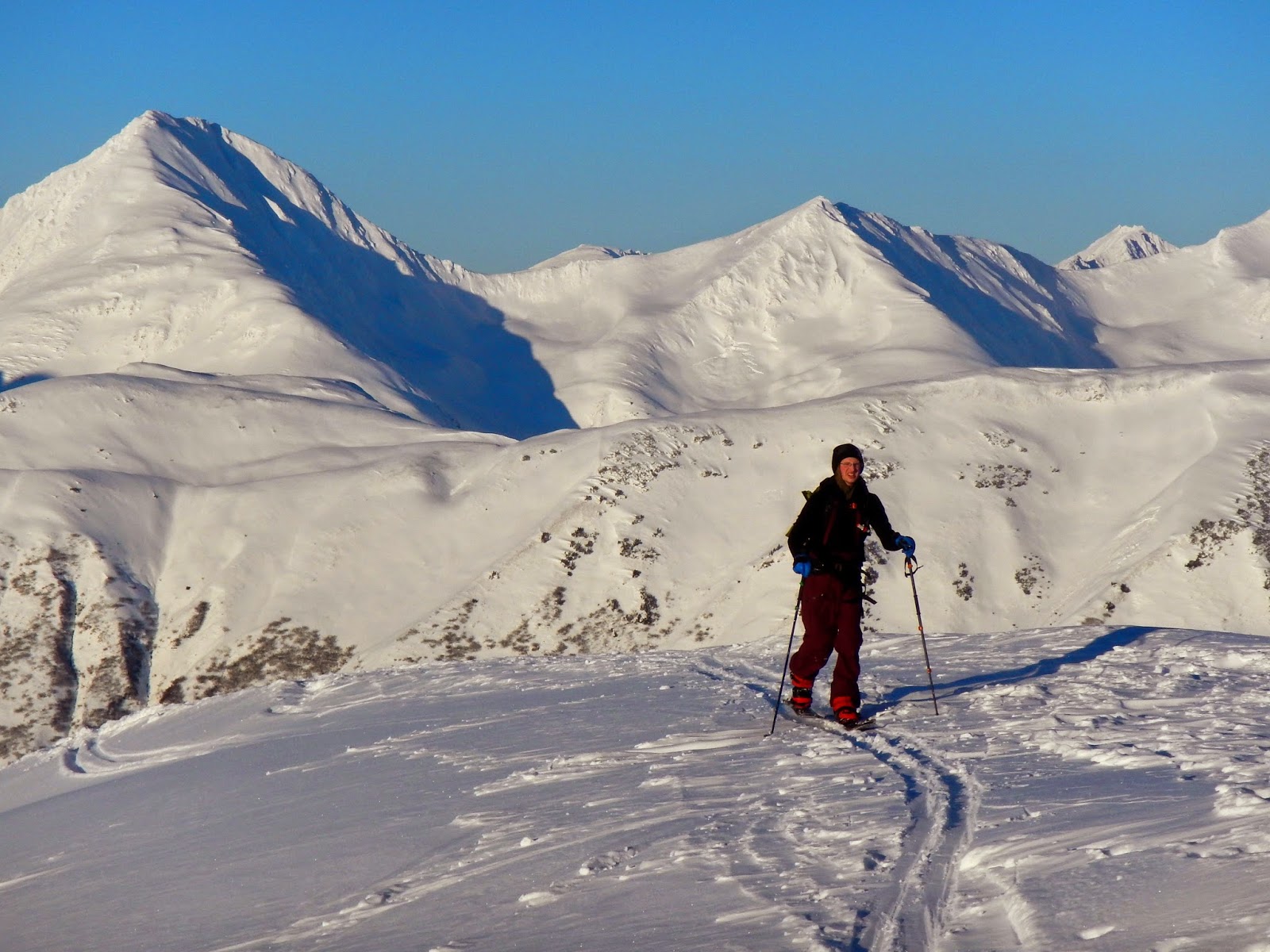 Josh on the approach up CFR ridge.

Sunday was a day that started out as a question mark, but in the end, it lined up perfectly.

The question mark was the weather, forecast to be cold and breezy. Cold enough that a wrong turn, avalanche, or crevasse incident could mean hypothermia. We set our sights on a smaller objective: the Library via Tincan Proper. 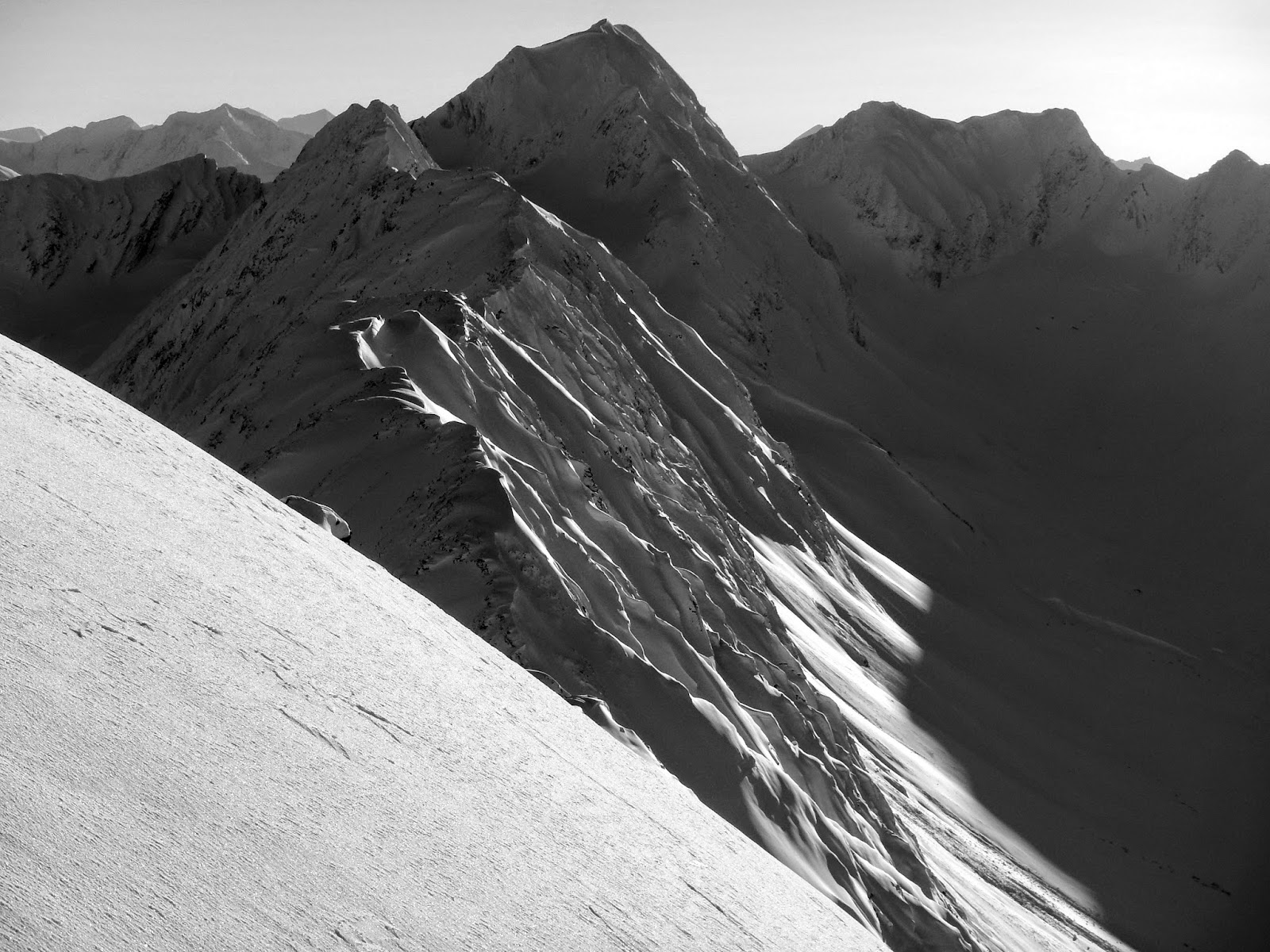 The Library dwarfed by Kickstep.

Driving south from Anchorage, the thermometer rose from 0 to 15, and passing Portage, even the gap winds that should have been roaring were calm. I was getting excited. 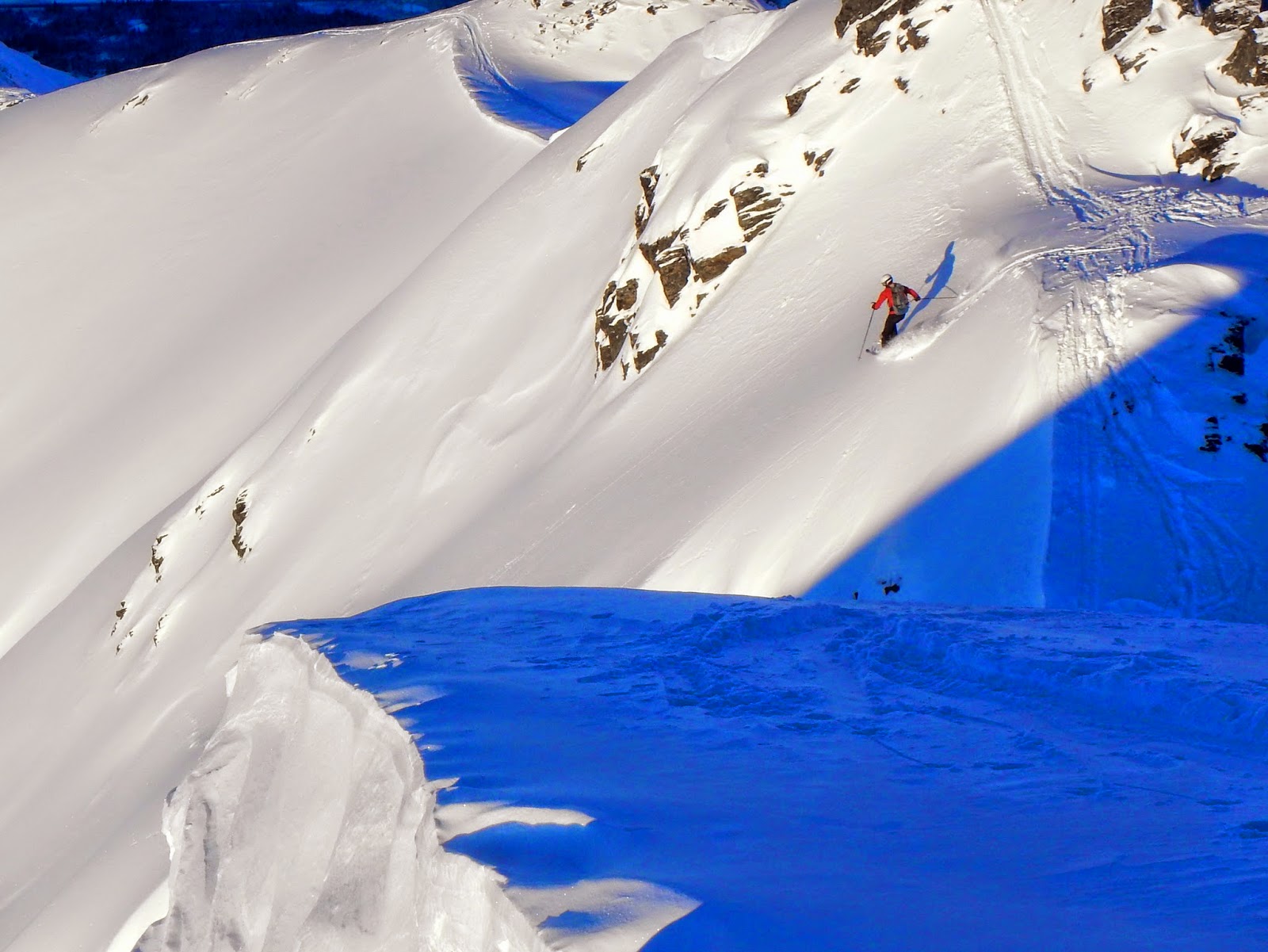 The parking lot was quiet, with only two cars when we arrived at 9:30. We knew those groups were already moving towards Proper, so we kicked it into gear and were soon on top of our line. Malcolm drop first, as his slough poured off rocks around him, we watched him ski a long rib towards the valley. 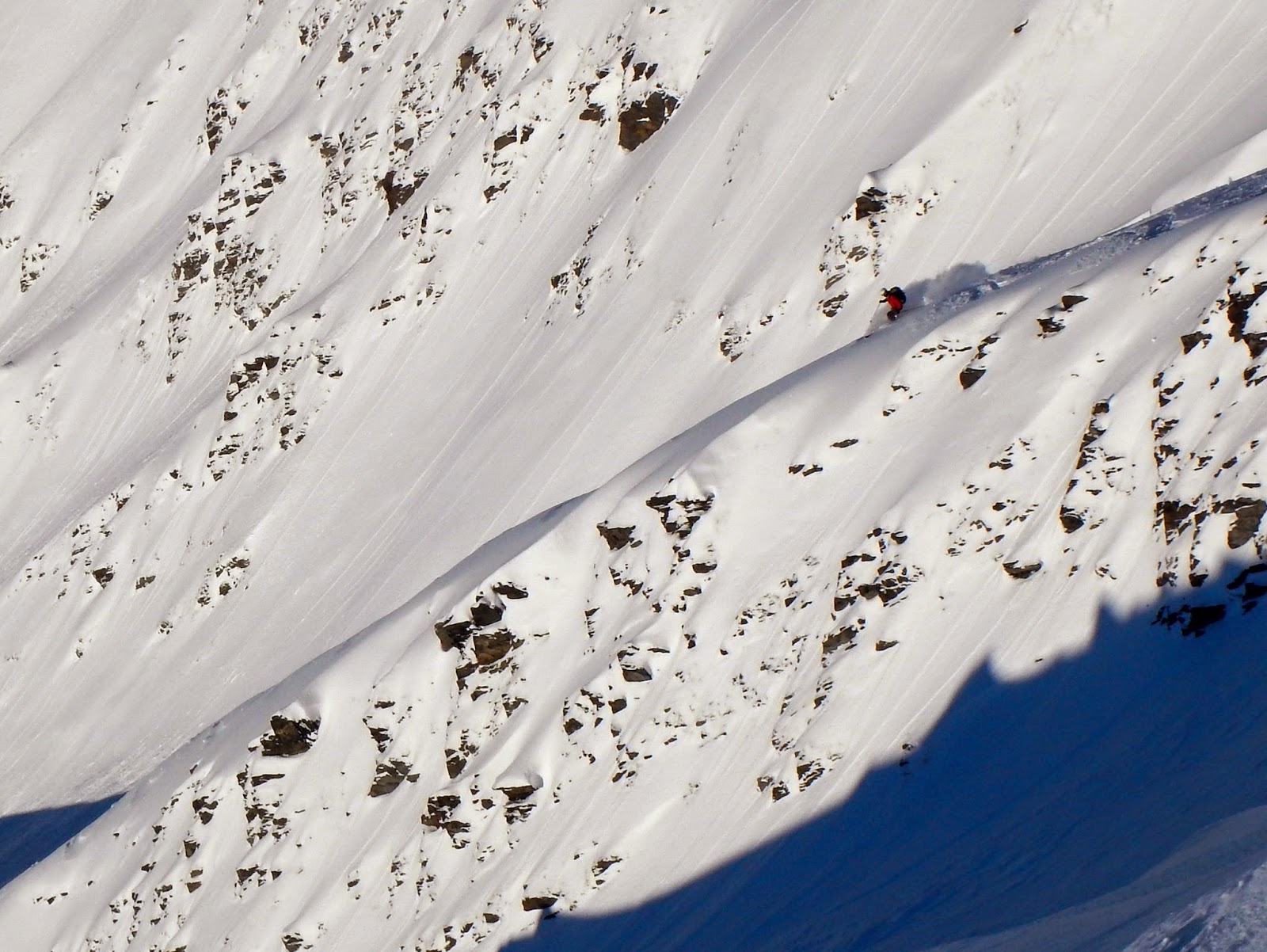 I dropped next, turning back to watch Josh: 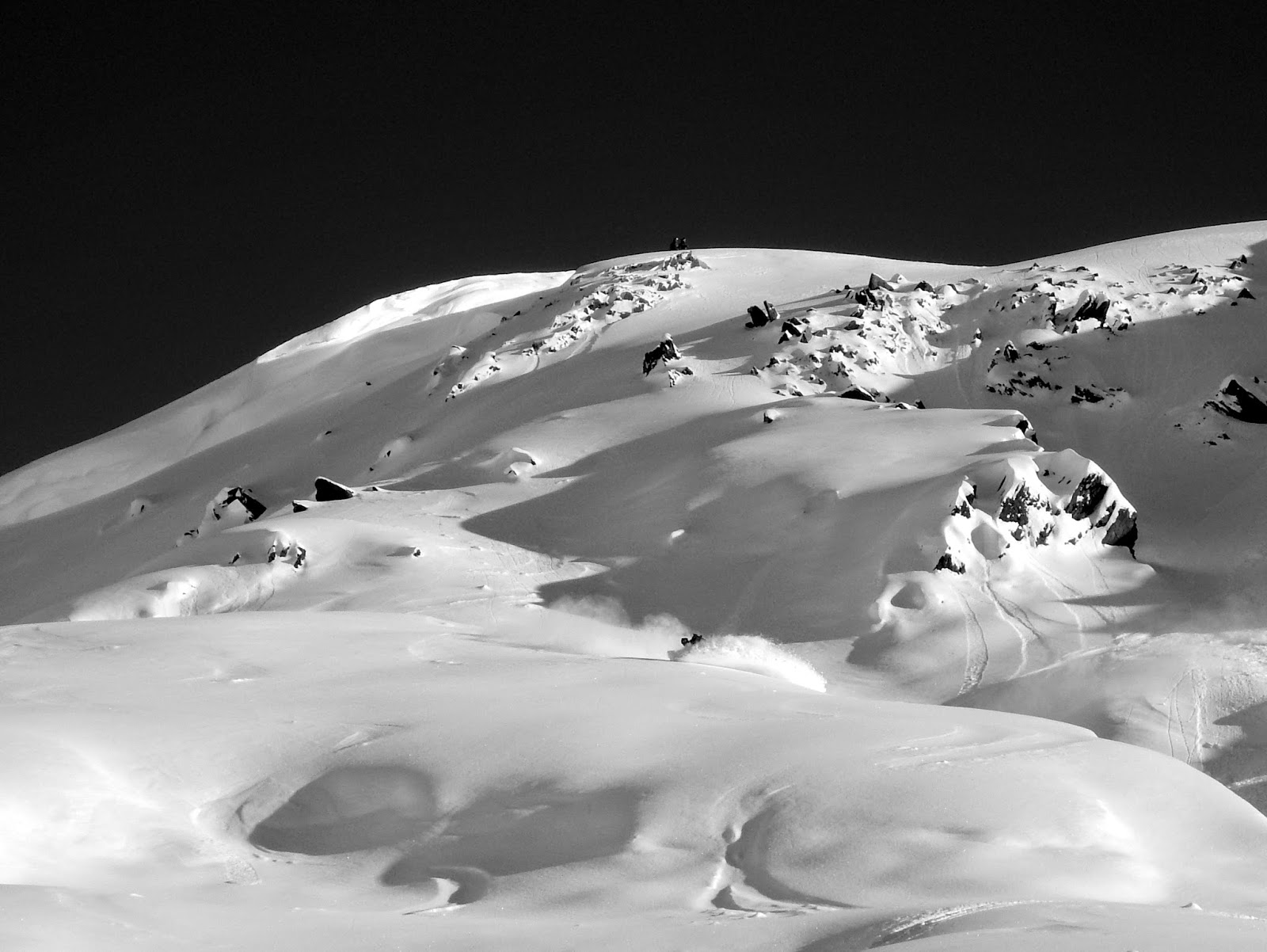 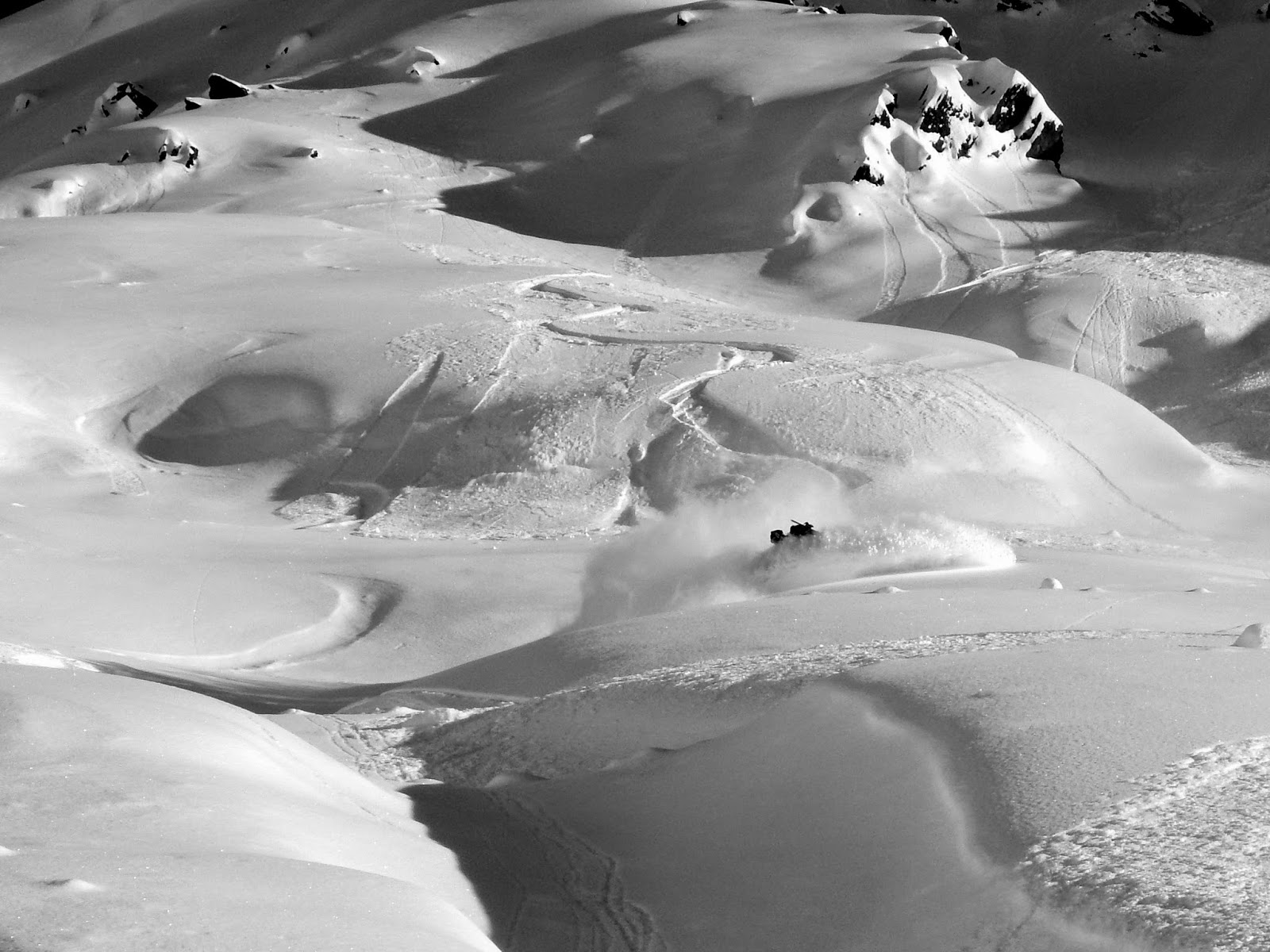 The choke at the bottom proved to be an adventure. Malcolm and Josh quickly found a way through then had the pleasure of watching me descend an icy cliff via a series of alder belays. At Tincan Creek, we skinned east, wondering about skipping the Library for the real reward. 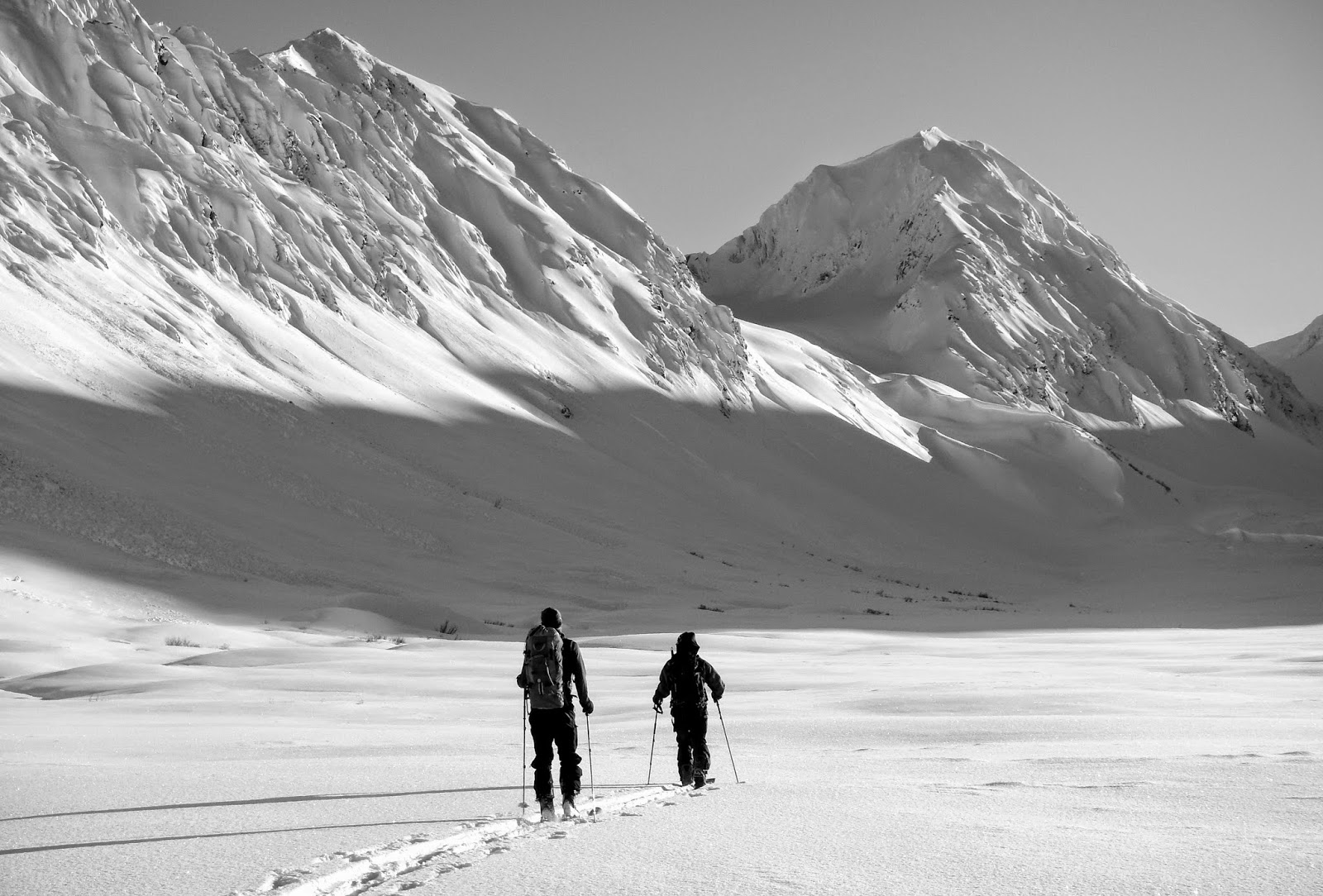 Standing by itself at the end of the valley, Kickstep is enormous as you approach it. Leaning back to see the top, you can’t help but get dizzy. It wasn’t heard to convince the boys to go for it. 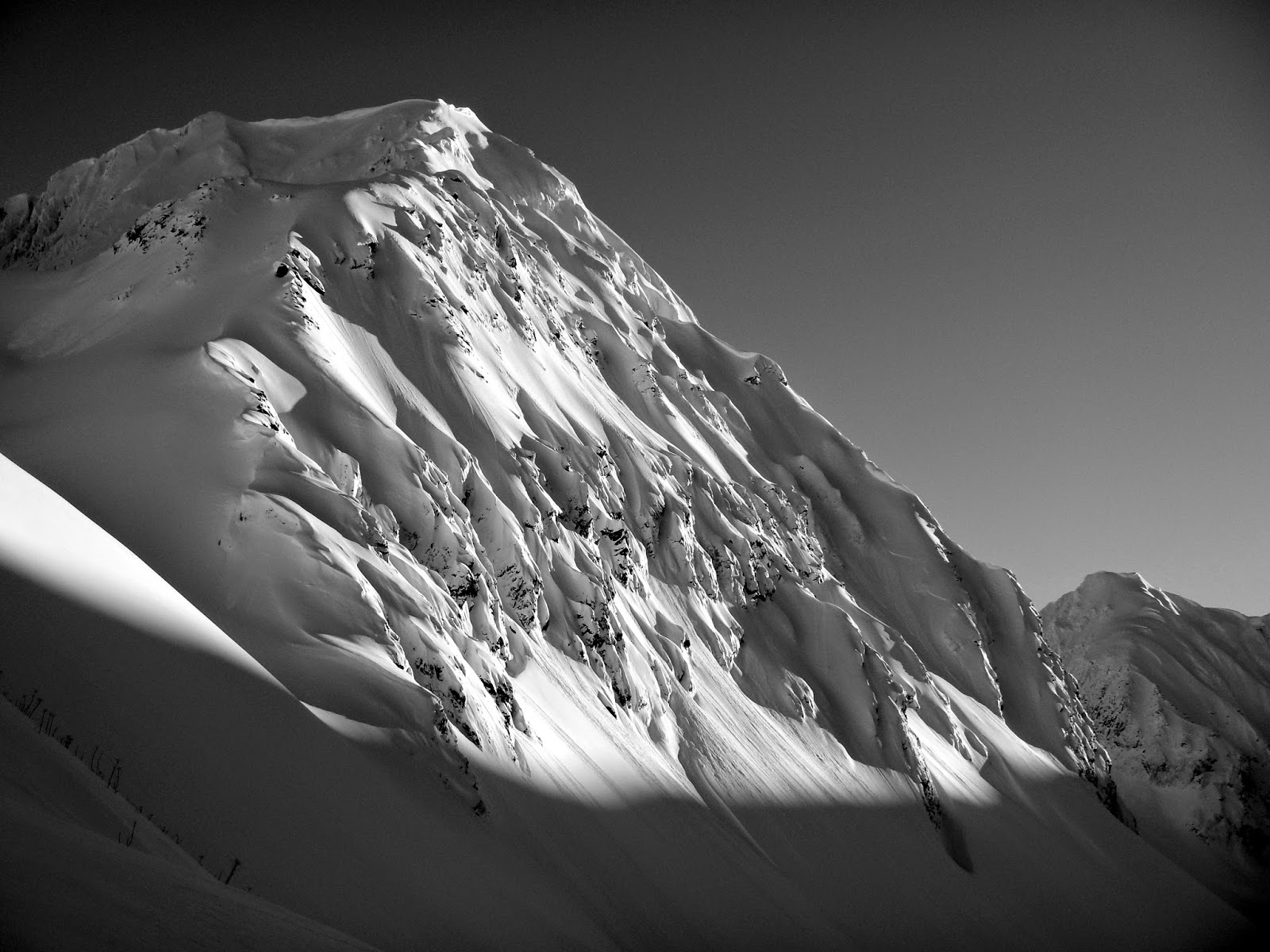 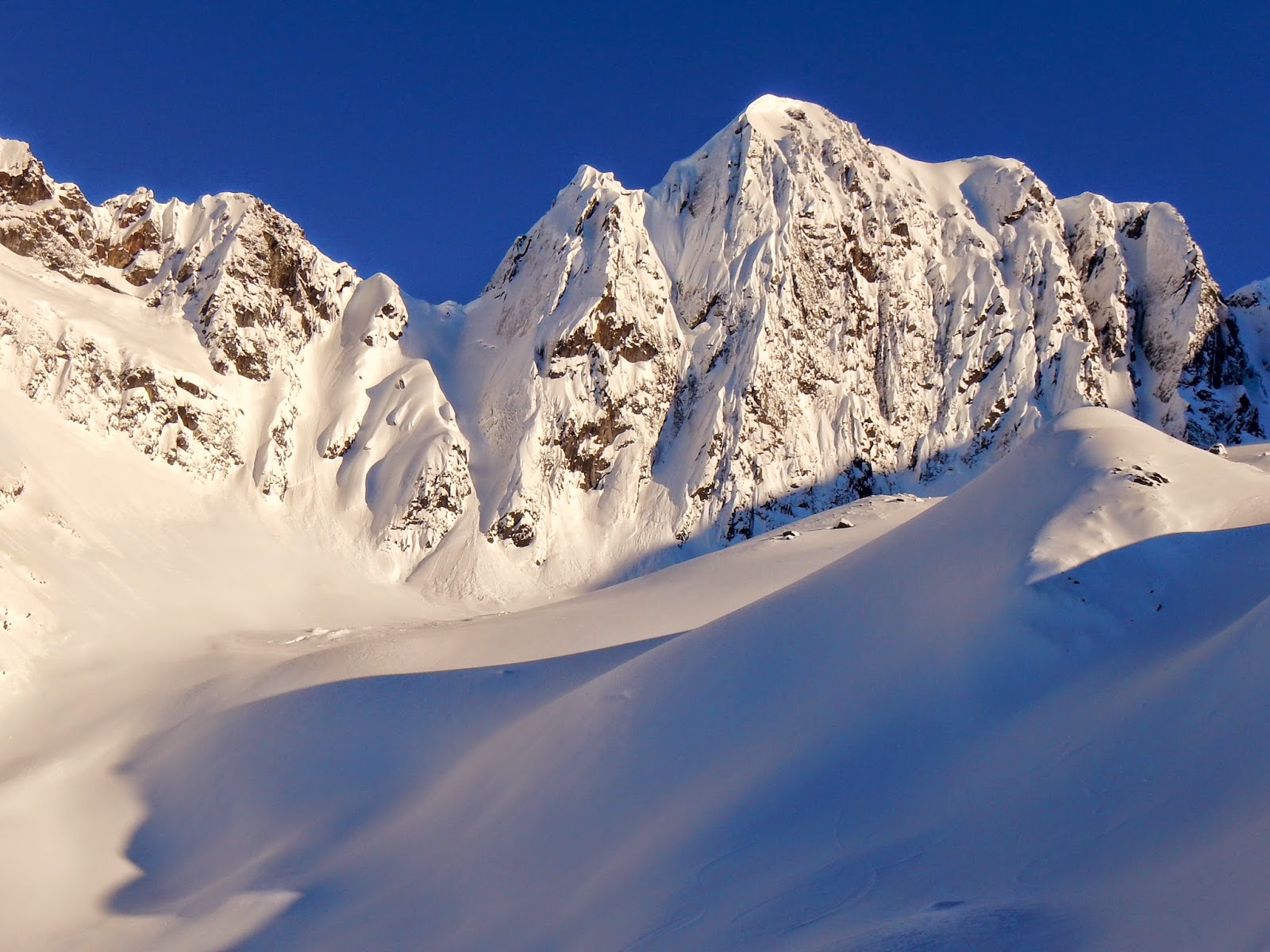 First, we climbed the mountain’s shady north face until bursting back into the sunshine on the ridge we’d take to the summit. The ridge was great, wide enough to be quite safe, yet still with the feeling of floating 1,000 feet off the ground. 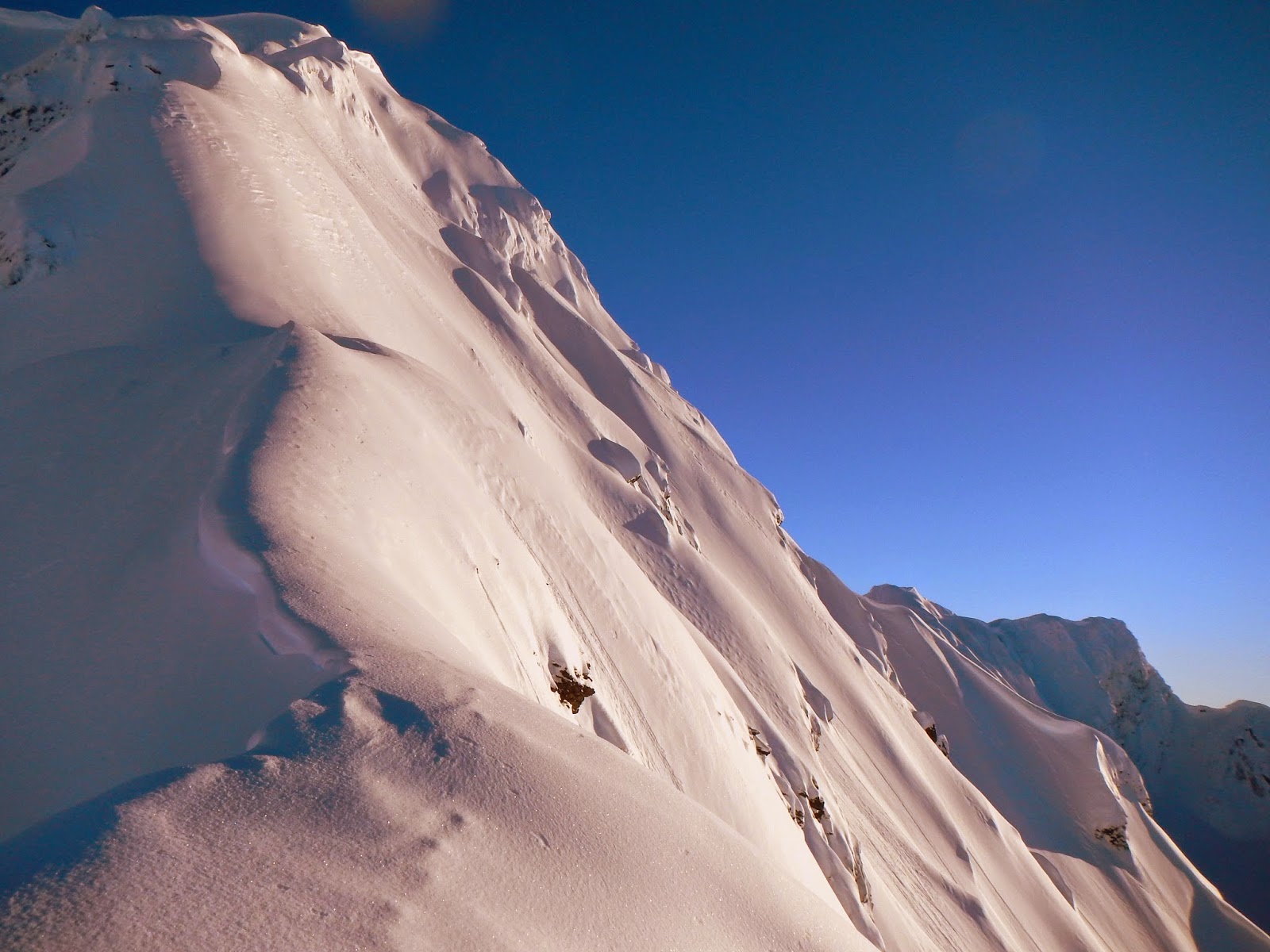 Eventually, vertical snow and rock forced us off the ridge and onto the huge south face that would later be part of the descent. As I led the traverse, I could look straight down between my legs at the valley floor. 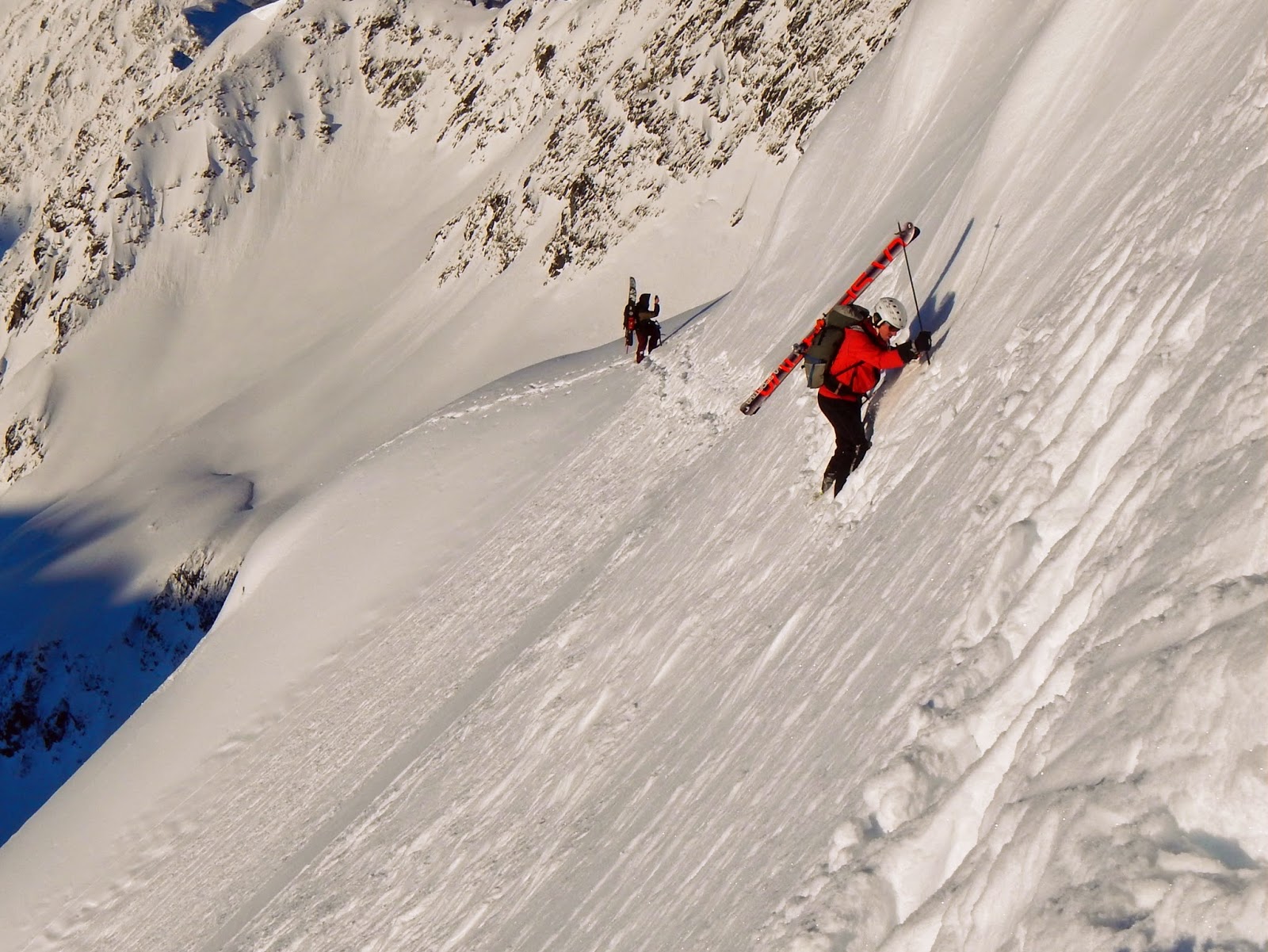 From there, a steep climb brought us back to the ridge, and the last push to the summit. Malcolm, unfazed by a pinched sciatic nerve: 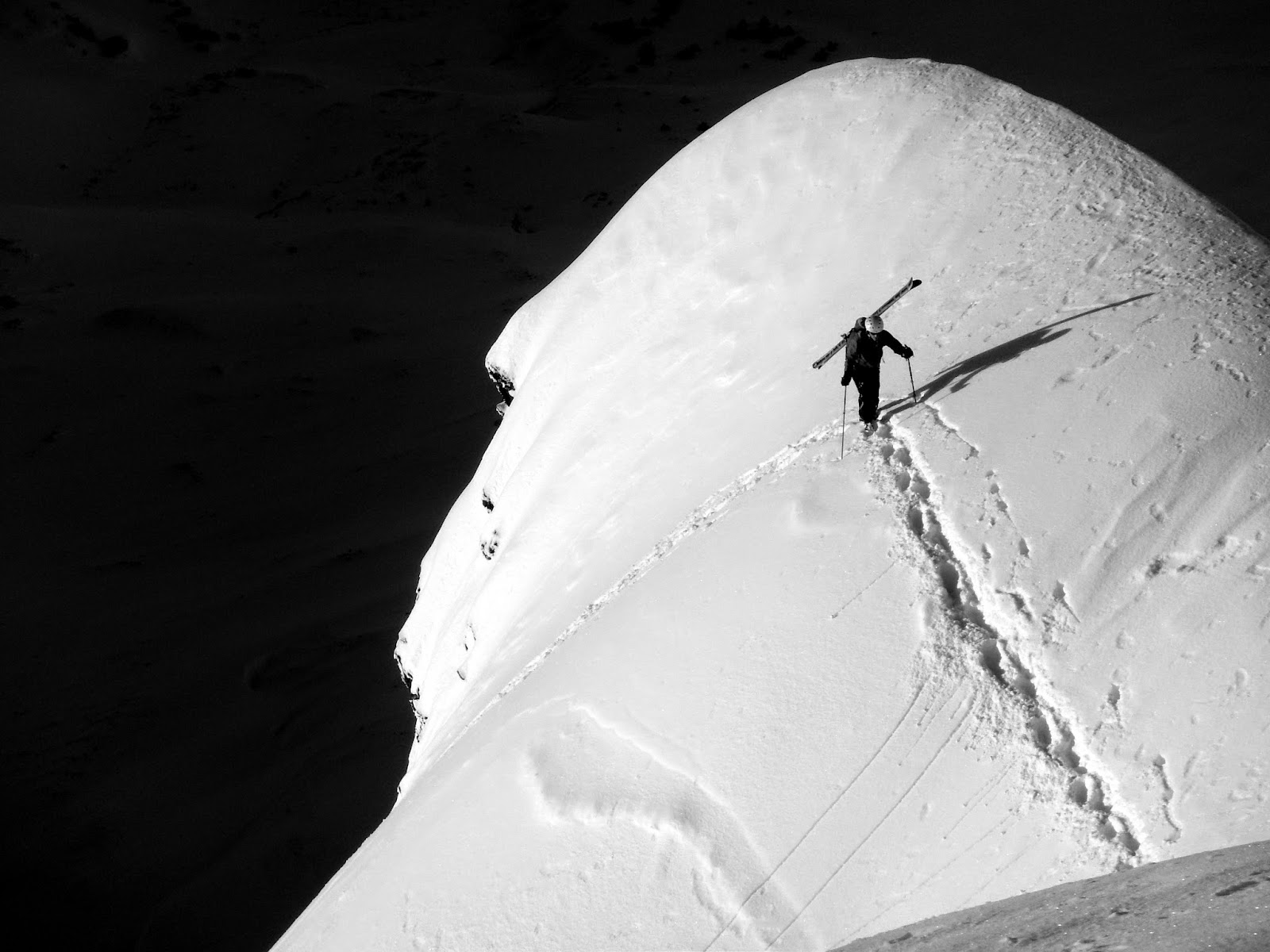 On the summit, perched on the edge of the Turnagain Zone, you could see everything. There was the Sleeping Lady way out to the west. Turning around, Carpathian was staring us in the face; I can’t wait to get its south face. 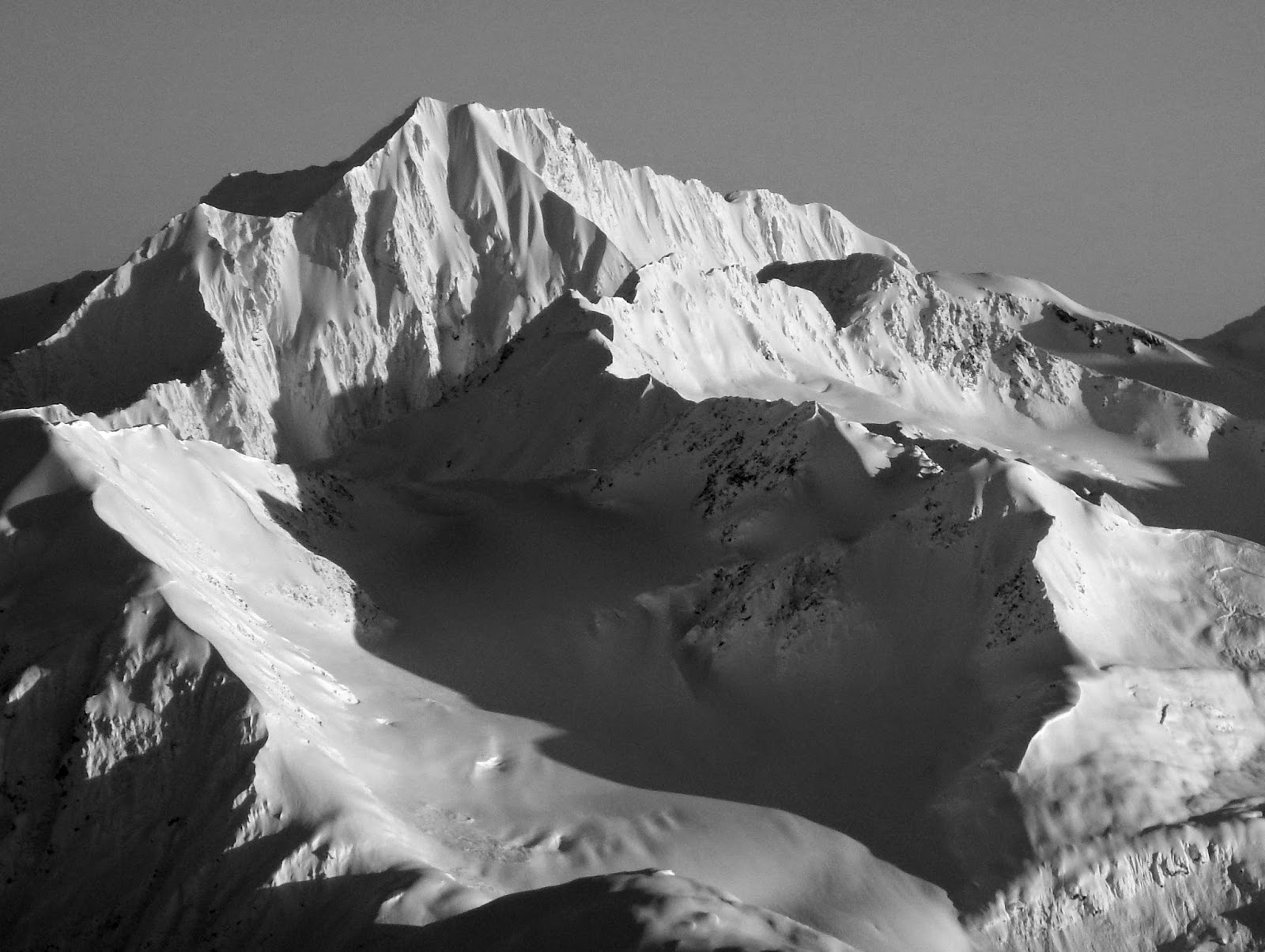 It was getting late and cold. Shivering, we quickly took it all in, and started down. Looking at the top turns: 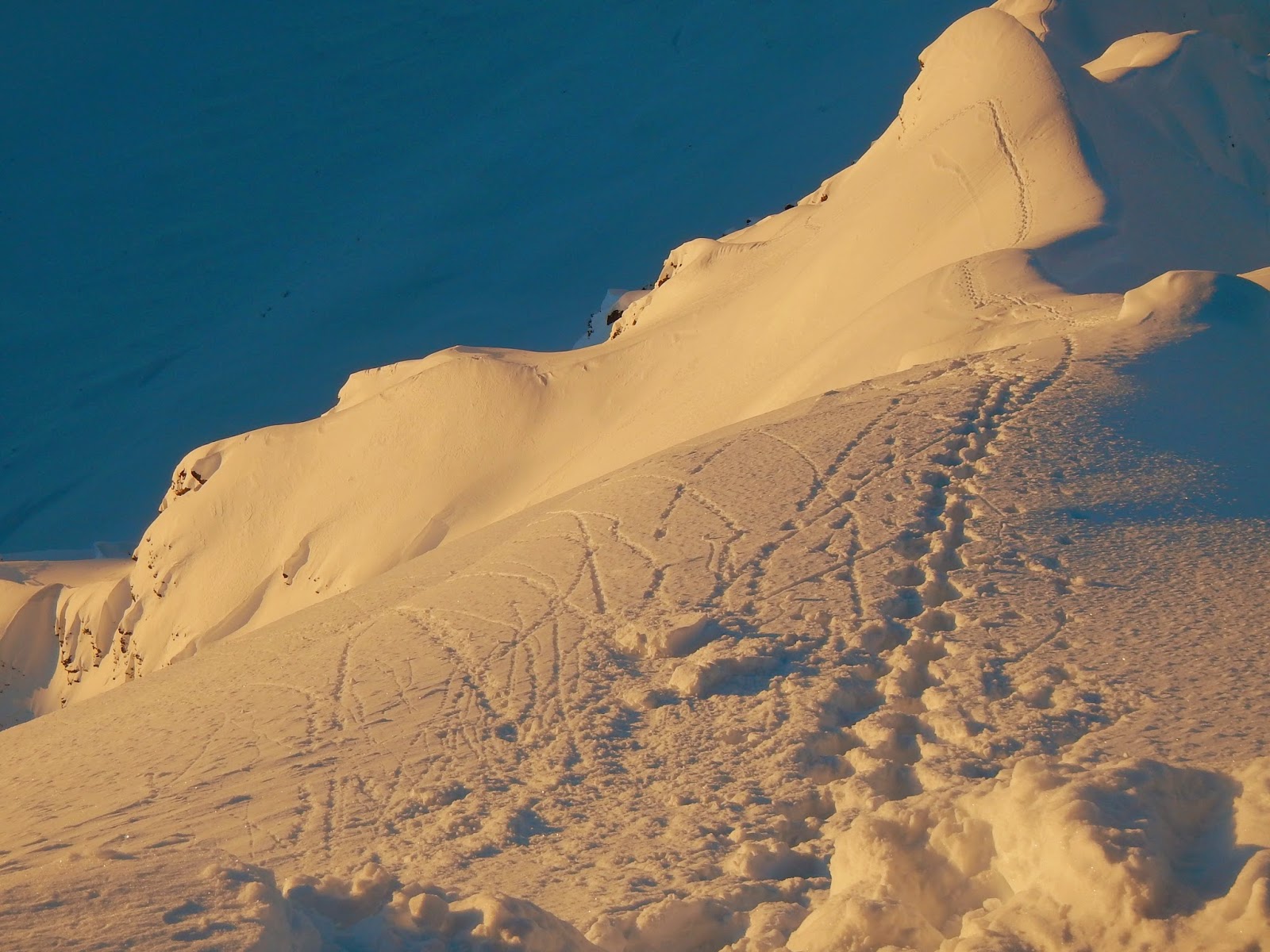 Josh just below the summit: 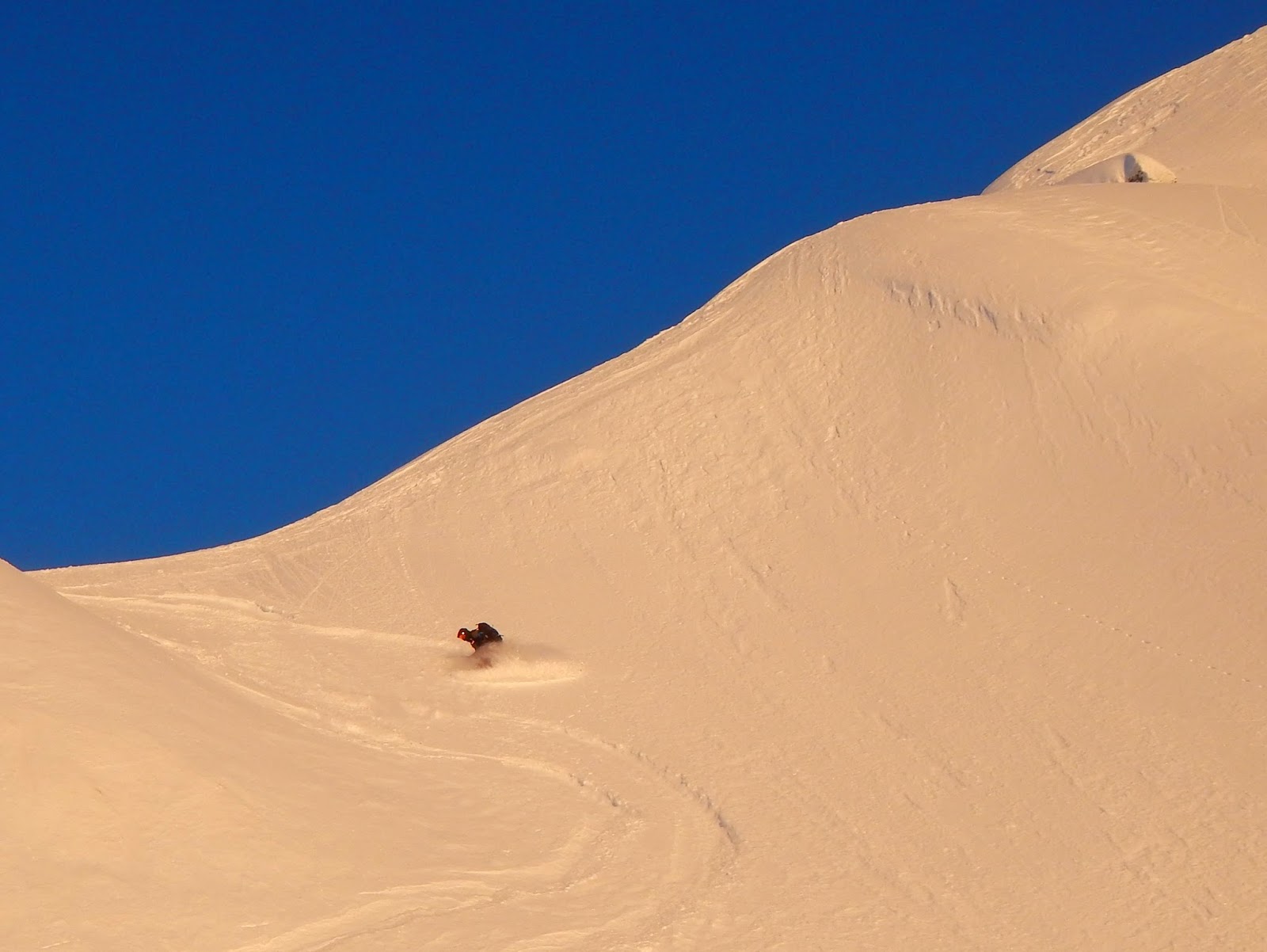 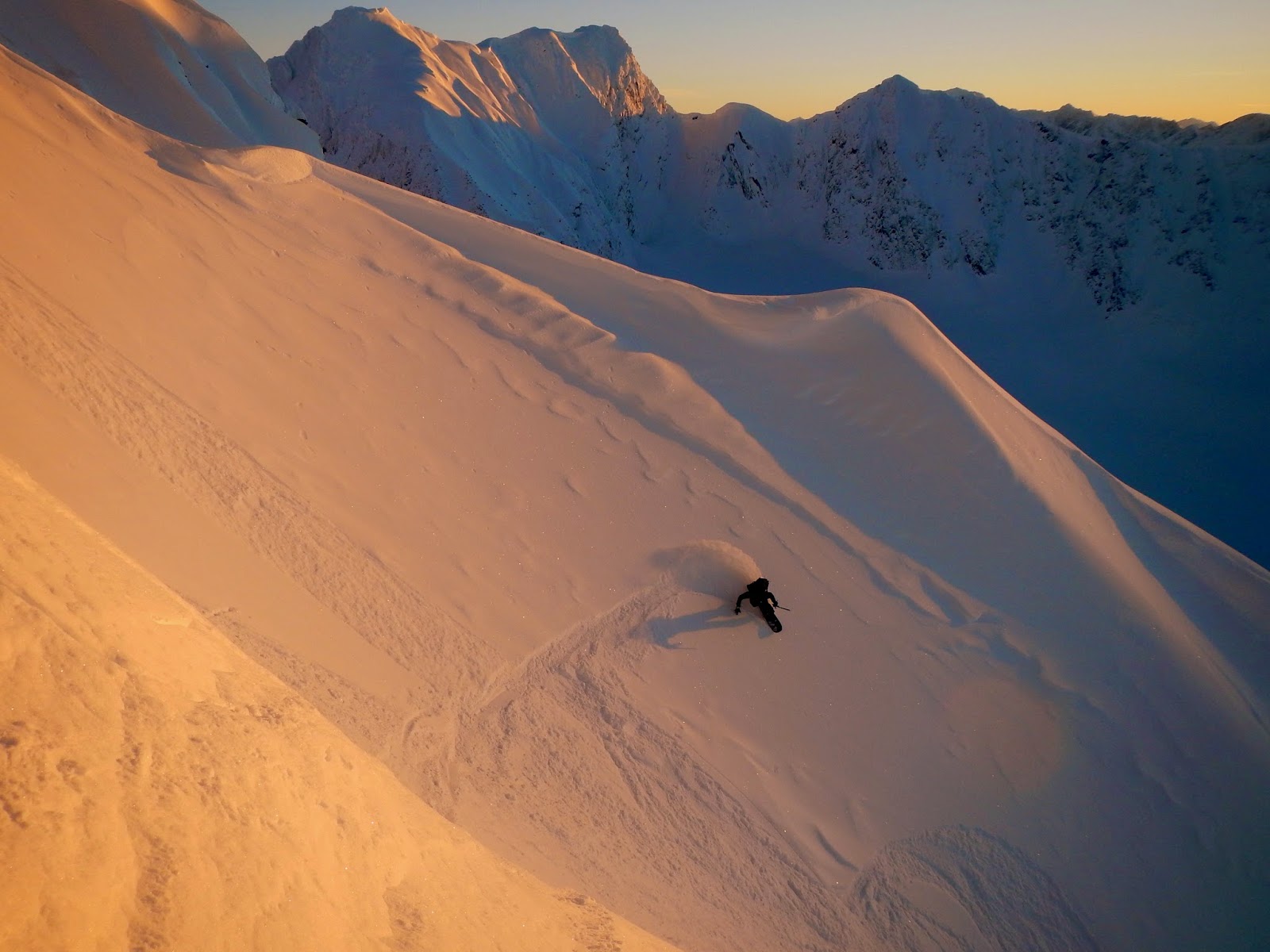 Working into the heart of the face, the sloughs started to get fast. Waiting for them to pass, we skied the bed surface until past the cliffs that guard the middle of the face. 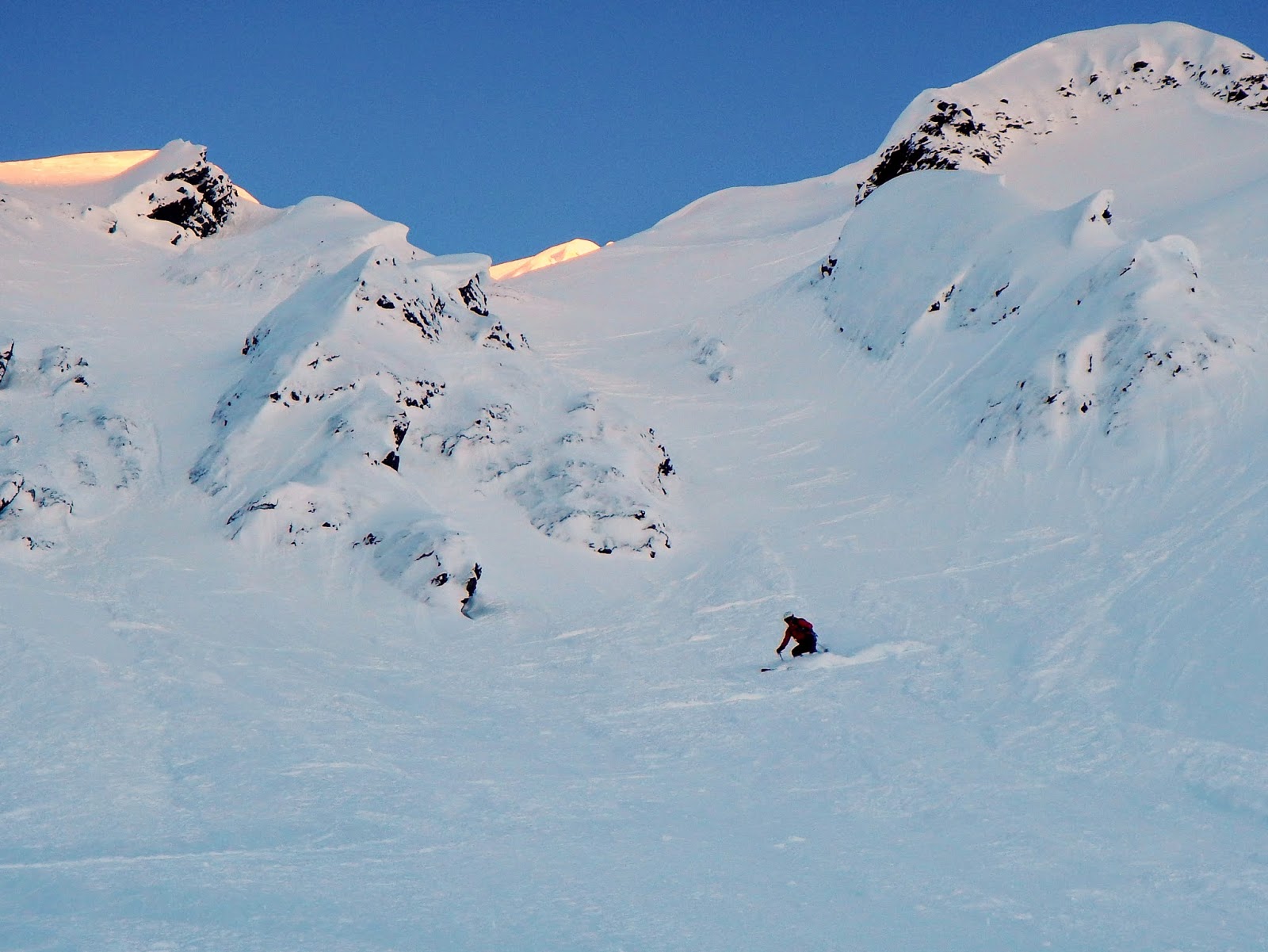 Then it was into the apron, hooting as we happily finished off the line in perfect powder. 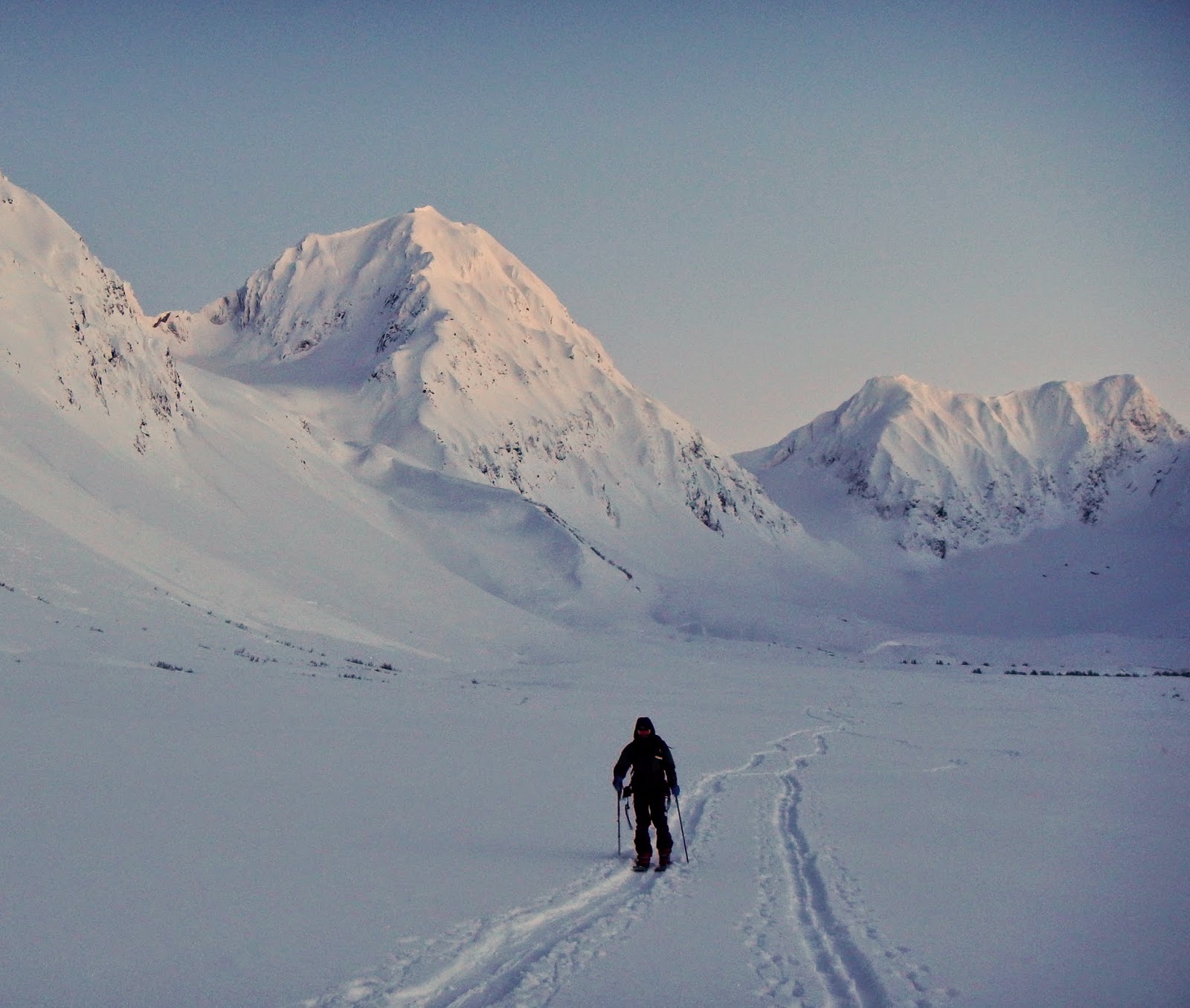 At this point I would have been completely content to call it a night and curl up in a warm blanket. Unfortunately, there was still the long traverse out through the very real alders. 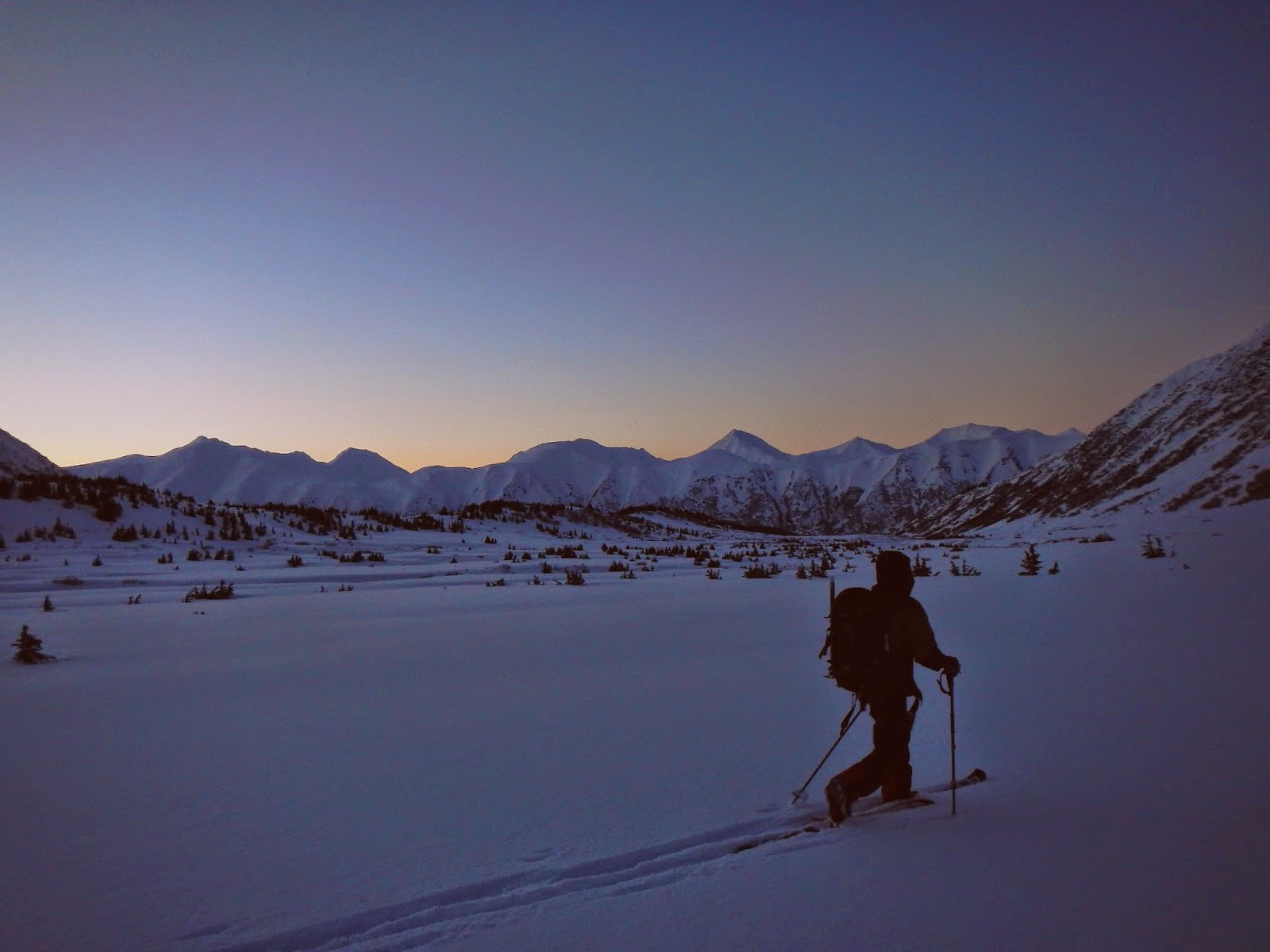 Back at the car, and one broken binding later, it was still 6 degrees. I can’t decide if my favorite part of the day was the climb up or the ski down, but I do know that Sunday was a Top Ten Adventure.