This report is from December 12th, 2020, at Alpine Meadows, California.

After receiving about three inches of snow overnight, Alpine Meadows was nicely refreshed on a bluebird Saturday, and it felt great to get some fresh turns. The first snowfall of December got everyone stoked, and the excitement on the mountain was audible. Roundhouse, Treeline Cirque, and Yellow were the main lifts open, but I noticed Subway was running as well. It was a bluebird day between storms, and there was barely any breeze with ideal temperatures that made it comfortable to sit outside mid-mountain at the Chalet or the base lodge for a quick snack in between runs. Yellow provided some great turns for those looking to get their knees ready for the bumps and technical little cliff lines. Some freeride team members were sending it in front of the audience enjoying food, drink, and the sunshine at the Chalet, which was definitely the place to be if you were not out shredding.

After Friday’s storm brought the refresh, it is forecasted to snow more than a foot on the higher peaks by Monday, which should make the early weekdays of this coming week the best ski days of the season thus far. If you are ready for some powder skiing, the time is almost here. I had not expected it to be such a nice day on Saturday, but the wind was light, and the sun was bright with lots of soft turns (mixed with some icy, early-season ones) on the sides of runs or off-piste near the tops of Yellow and Roundhouse that most riders had not gotten to yet. I honestly cannot wait for the extra coverage this storm looks like it might provide because the upper mountain has been calling.

The young ones were taking it to another level at the terrain park as the largest feature, which had three options last week, now has one centrally located booter, with a decent gap you need to commit to clear. Some of the young guns were throwing some 360s, daffies, and a few nice grabs. Most of the skiers and riders in the park were more than willing to show off for the camera, and I did my best to get the light right, with a little help from our photo editing crew. I rode the lift with one 23-year-old skier who had skied 17 days, which is the record I’ve heard of so far. I have no doubt he got his 18th day today. Parking was not a problem at all, and although I did think the lift lines were slightly longer than during past weekends, that might have just been because I was skiing alone.

The newer snow on top of the decent, early-season base made the runs even more carvable than they were during previous weeks, so I think I was able to get enough runs to be ready for some deeper days to come. I’ve had my eyes on the upper mountain at Alpine Meadows ever since the resort was able to open in November just before the holiday. This might be my eternal optimism speaking, but I’m hopeful that the coming storms will provide the base needed to open the North facing runs off of Summit. I could not help but check out the snow drifting off the higher peaks with some of the best lines to hike to in Tahoe. Lakeside and Scott need another storm of three, given how rocky Scott Chute is and the primarily Southern-facing aspects of the main runs. I’m definitely dreaming of more deep days off of the Sherwood lift, where if you are willing to hike for it, you can access some of the best inbounds skiing the Tahoe region has to offer.

Predictions look good in the immediate future as the second wave of storms forecasted for this weekend has already started to hit the Sierra crest. As of this writing (approximately noon on Dec. 13th), it is 30 degrees Fahrenheit and snowing. Friday’s storm actually shifted South and left most of the Lake Tahoe resorts with less snow than initially forecasted. However, there are expectations that the storm arriving on Sunday (today) might make up for some of the snow that missed the area at the beginning of the weekend. According to the reports posted on the resort’s website, between 8-12 inches during the day and 3-7 inches during the night are expected to fall between now and Monday evening, so Tuesday and Wednesday could offer some of the best skiing of the year so far. Although I do not usually trust forecasts out more than 3-4 days, I was happy to see that we might be gifted with a dusting later this week, or perhaps more depending on how naughty or nice everyone was this year. 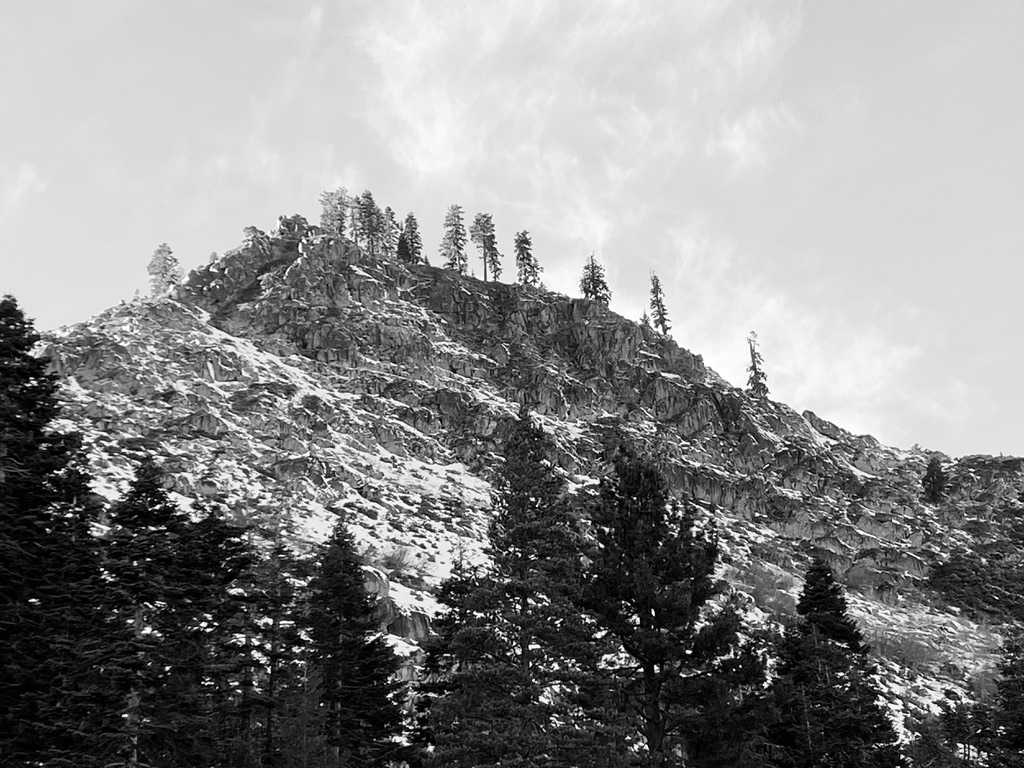 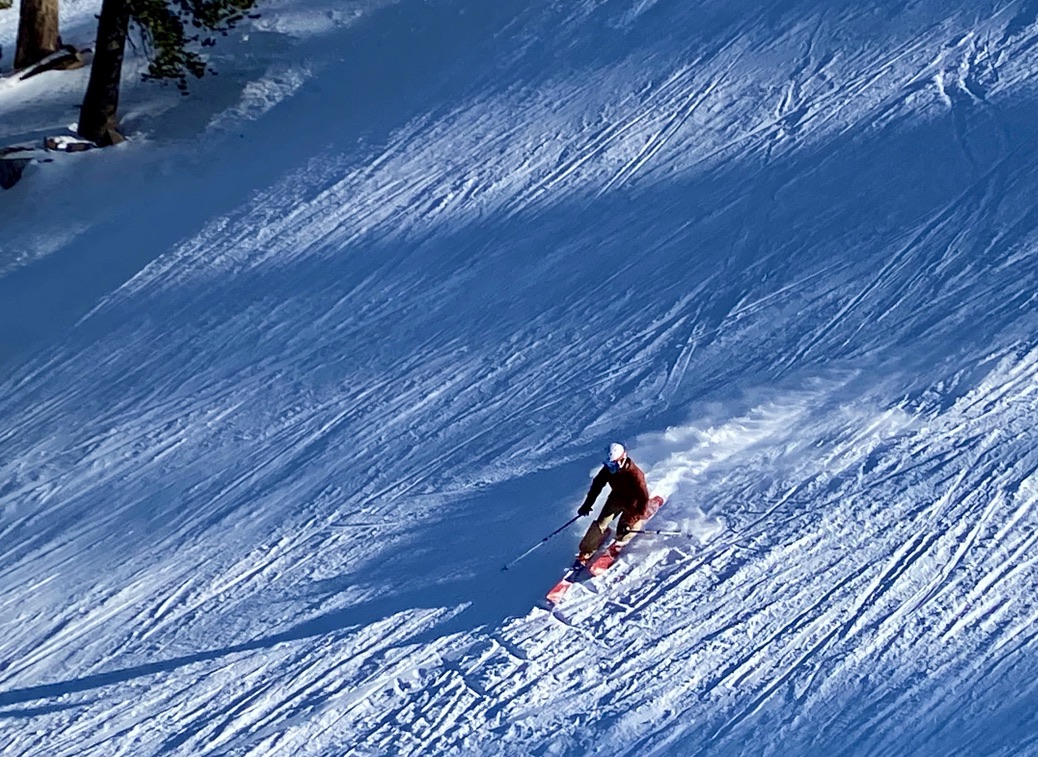