The storm total for Alta Ski Area this week is 58″ and counting.  18″ fell in the past 24 hours. Today was opening day.

This morning, November 29 Alta Ski Area opened for the 2019-2020 winter ski season in the best way possible – with FEET of Utah’s finest powder. Today was one of the deepest opening days I’ve ever had.

The ski area had a delayed opening of roughly an hour due to heavy amounts of recent snowfall and an exceptionally unstable snowpack in spots of the mountain. Ski patrol were working on the double this morning to keep us safe and get everything rolling for day one of ski season.

Sunnyside lift opened first, followed by Sugarloaf and then Collins. Everything accessible on the Collins side of Alta opened later and with good reason why. Ski patrol triggered a massive slide under the lift-line with explosives! 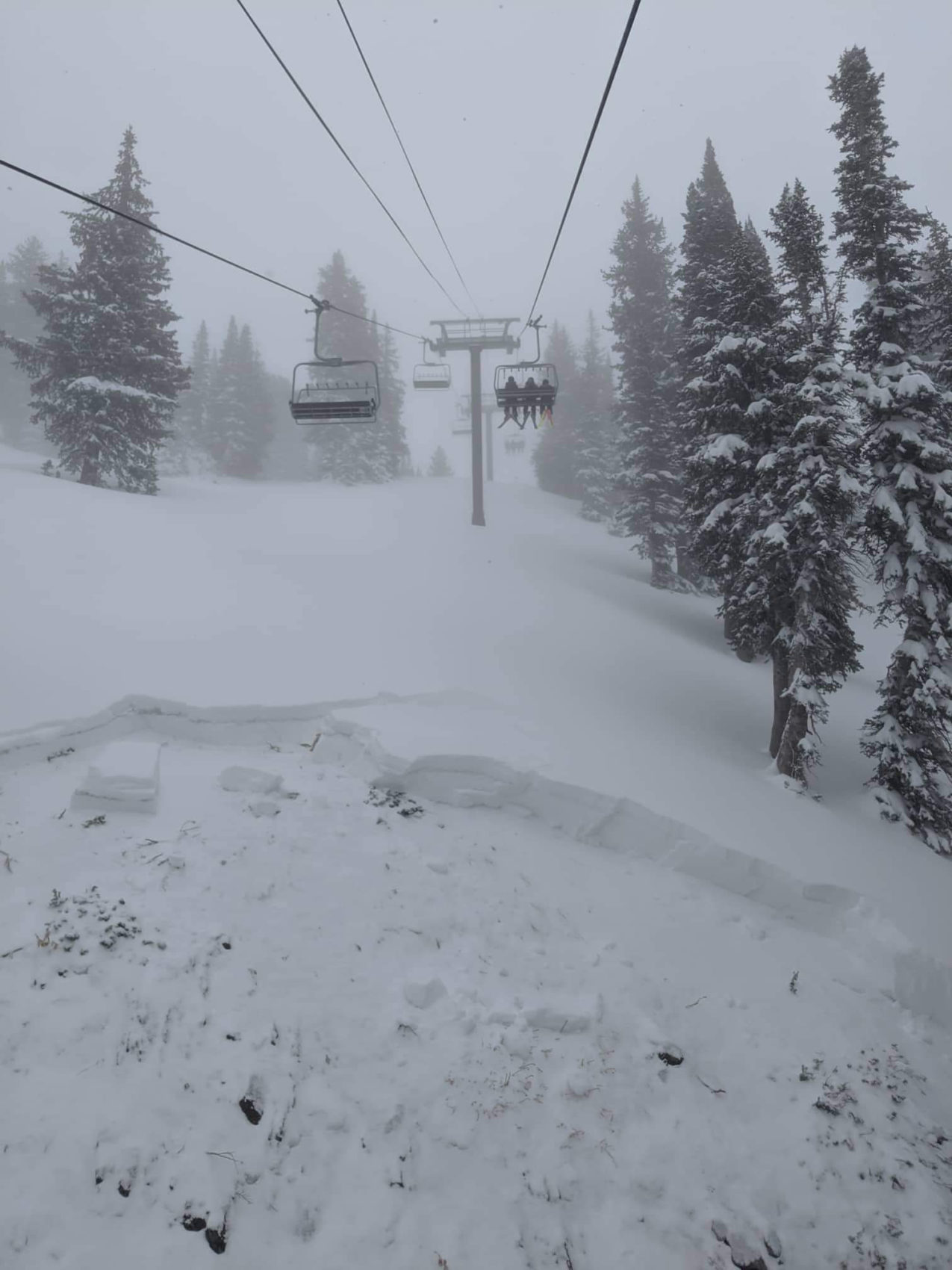 A large slab avalanche set by ski patrol this morning underneath Collins at Alta Ski Area.

Sugarloaf was packed with skiers but creamy – the snow everywhere was very soft. Later in the day, ski patrol dropped the rope on Main Street and a few other trails to the skier’s left of Collins Chair, where the real fun was had. Wildcat chair would also open and remain open for the rest of the day.

By 2 pm, the next storm rolled in gifting Alta with free refills all afternoon. We left the ski area with it still DUMPING.

Alta Ski Area has reported a total of 58″ this past week and is expecting ANOTHER 8-14″ to fall tonight through Saturday morning. According to NOAA, a winter weather advisory is still in effect and should be lifted on Saturday 11/30/19 at 10:00 am. We will then see a break in the weather before another storm system moves in towards the middle of the next week. It’s winter at Alta baby!