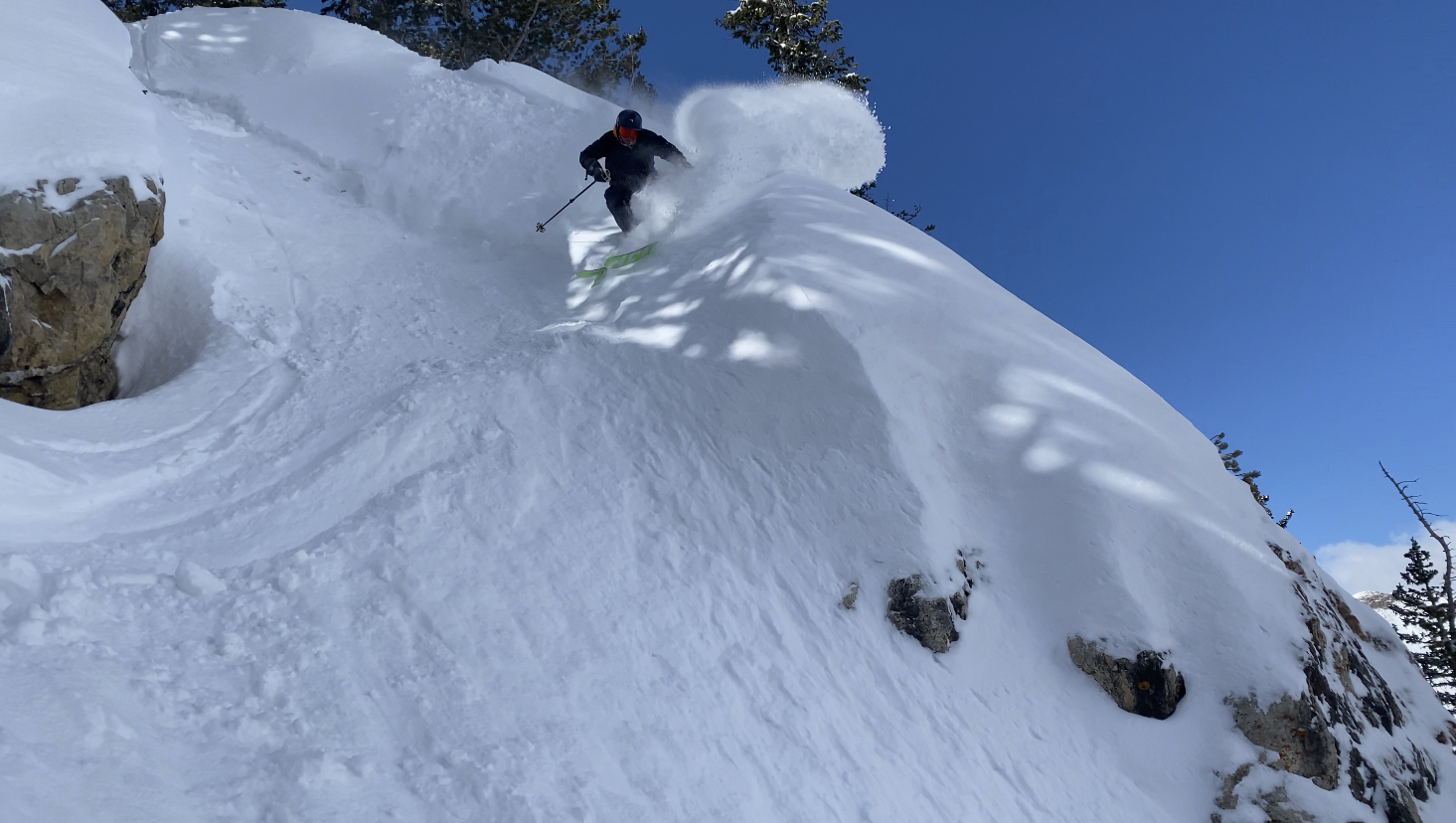 While you were sleeping early this morning the seemingly scanty storm slated for Alta produced more than enough snow for today to be considered a ‘pow day’ in the truest sense of the word.

But no one got the memo—the mountain was deserted today.

Alta reported 6″ of new snow this morning but it certainly felt deeper in Supreme Bowl.

It was sunny with some eye-grabbing, swirling clouds overhead and fairly chilly for late March.

My father and I got to Alta at 9:30 and darted straight for Supreme.

We had no liftlines whatsoever for the first two hours of skiing.

The snow was high-density, wet powder that floated and surfed better than most of the powder I’ve got to ski this season.

It was an oddly sleepy day for how epic the conditions were.

The snow was spongey and so easy to turn in—it was confidence-inspiring and made every landing to every rock, cliff, or jump feel super soft.

My father and I skied fresh, untouched powder runs in view of the chair until noon.

He was alive with stoke and I knew it was one of the best days he’s had all season.

“What an amazing day in ski paradise,” my father told me. “The snow is great here—the best this late in the game.”

We literally did not ski anywhere else other than Supreme Bowl all morning.

When it was time for me to head home and clock into work, I took the High Traverse over to Eagle’s Nest and back down to the parking lot.

The snow there was just as good as in the Bowl, and I could charge fresh turns all the way down as fast as my heart(skis) wanted.