At about noon on Sunday, February 13th, the Summit County Rescue Group received a call for an avalanche on the west side of Loveland Pass with a confirmed skier burial. A mother and son on skis intended to retrieve a piece of rappel gear they had left behind the day before when they rappelled to ski a chute locally known as Butt Crack. As the son traversed toward the top of the chute, he cut across a steep slope below the ridge and triggered an avalanche. The mother stayed in a safe zone to the side of the avalanche and was not caught. The son took an estimated 200 to 300-foot ride in the avalanche debris, including an estimated 50-foot drop off a cliff. It took the mother about ten minutes to reach him, and she found him buried up to his waist with minor injuries.

SCRG, the Summit County Sheriff’s Office, a Colorado Rapid Avalanche Deployment team, Arapahoe Basin Ski Patrol, and Flight For Life Colorado responded to this incident. However, they were not needed in the end. Both skiers were able to ski out on their own.

Incredibly, the skier caught was able to walk away from this accident. Although avalanche danger has been relatively low lately, there is still danger, and it’s important not to get complacent. Be aware that high winds in the central mountains have created slabs and increased the avalanche danger over the past few days. Read the CAIC forecast and follow safe practices.

It should also be noted that while both skiers were experienced, knowledgeable, and well equipped, equipment will not help you if you are in a terrain trap such as this one. 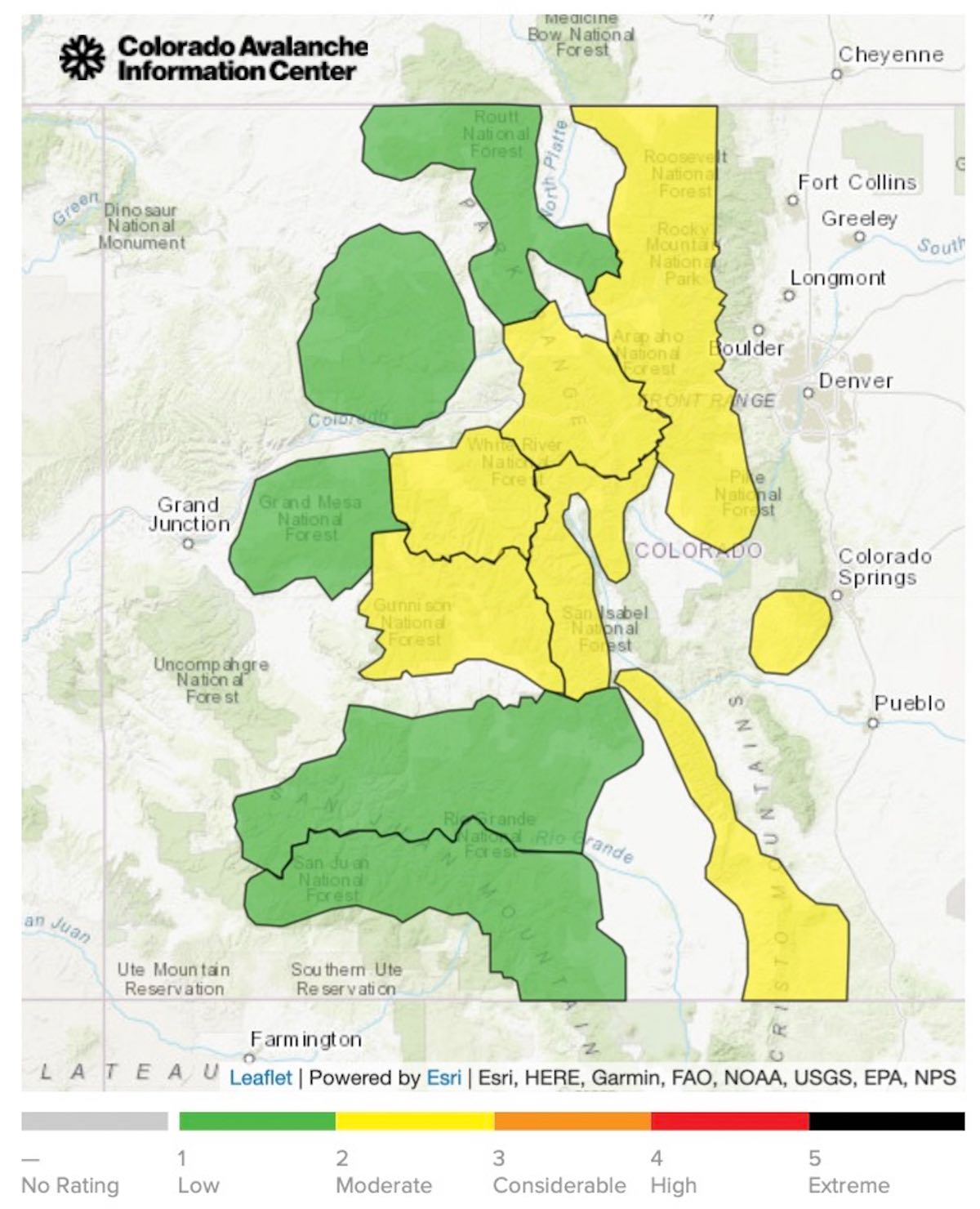