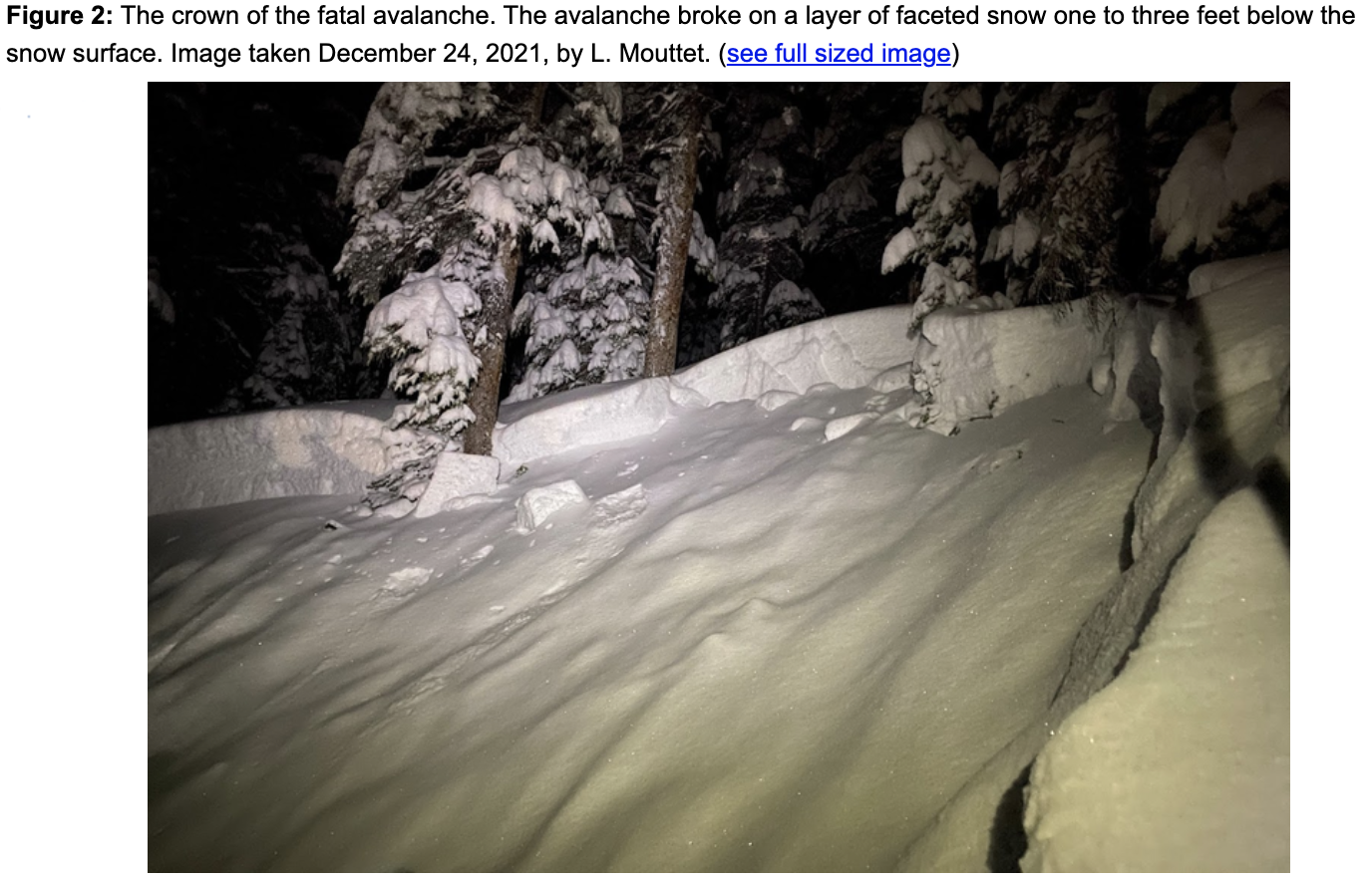 A backcountry skier was caught, fully buried, and killed in an avalanche near Cameron Pass, CO in the Front Range on December 24, 2021.

This was the 4th avalanche fatality in the USA this season.

A backcountry skier was caught, fully buried, and killed in an avalanche on December 24. The accident happened on a northeast-facing slope below treeline on the southeast end of South Diamond Peak near Cameron Pass in the Front Range zone. The avalanche broke on a layer of faceted snow one to three below the snow surface, and was about 250 feet wide. The avalanche crown was on a convex roll where the slope angle steepened to about 38 degrees.

The victim’s partner was able to locate him with a transceiver and probe pole and extricate him from the snow, but he did not survive. Search and Rescue personnel from Jackson County and the Diamond Peaks Ski Patrol recovered the victim’s body after dark. CAIC forecasters will visit the accident site on Saturday. We will update this report as more information becomes available.

Our deepest condolences go out to the friends and family and everyone affected by this tragic accident. 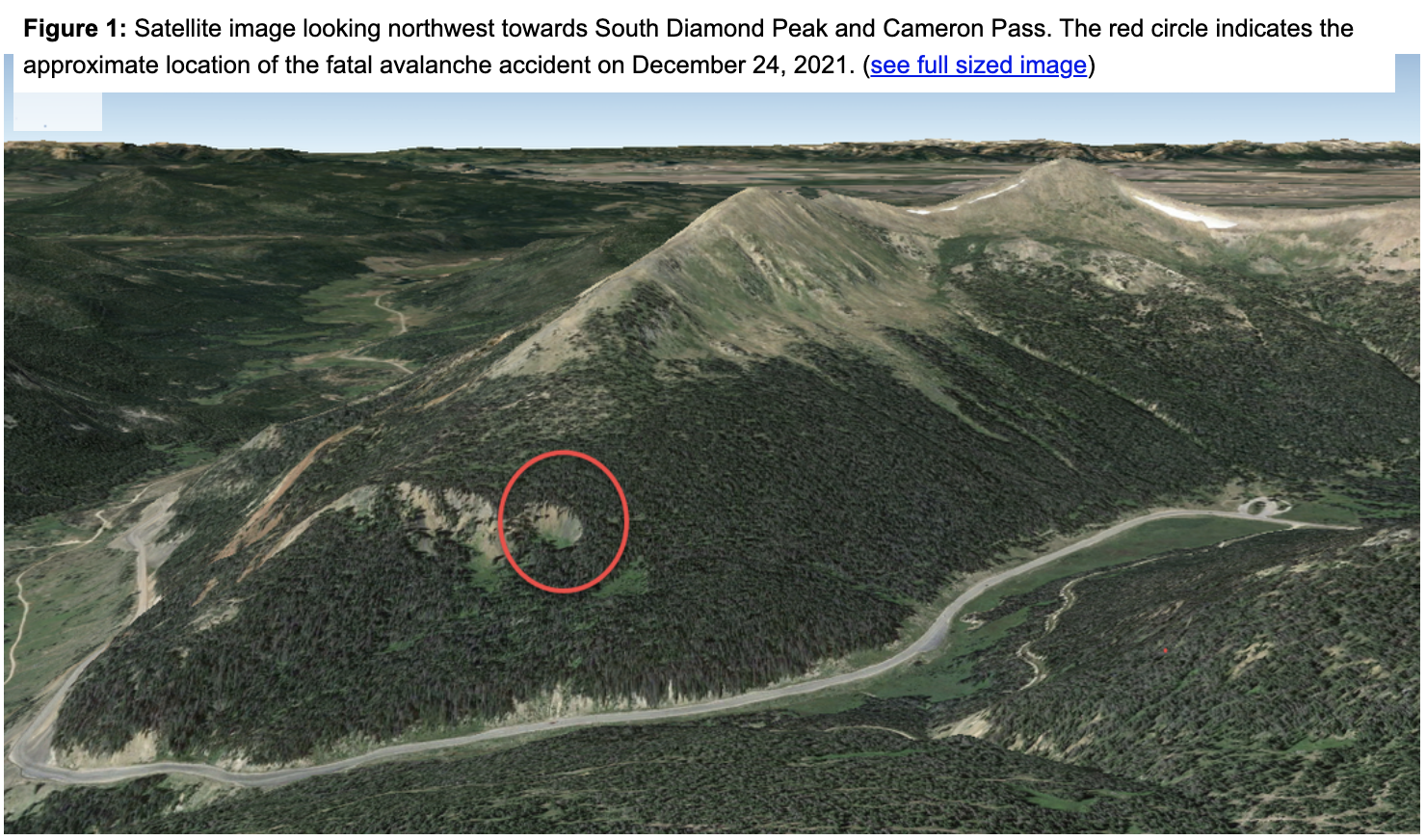 Other Avalanche Fatalities in USA This Season