Although Big Bear is typically known for its great terrain park, warm temperatures, and cloudless blue skies, today was a day that was a rare exception to this trend. Over the past 48 hours, Big Bear, including Bear Mountain, has seen a storm roll in, dropping over around 18″ (46cm) of new snow, both rejuvenating the snowpack and allowing for some great side-country skiing at Bear Mountain.

With overcast skies and temperatures hovering around the high 20’s (-2ºC), the snow was able to stay light and fluffy all day while we simultaneously were able to pick up a little fresh snow in the afternoon.

I have never had the opportunity to ski powder in SoCal, so I was excited to try it out and knew the potential Bear mountain offered. The amount of steep gladded side-country terrain to explore was terrific, and I was only one of a few lapping this area, allowing for constant fresh tracks throughout the day. In fact, if the temperatures didn’t warm up on Saturday, there would still easily be plenty of fresh lines to get if you knew where to look.

I skied all three canyons at Bear (Bow Canyon, Deer Canyon, and Goldmine Canyon), although Goldmine Canyon was the most outskied and lacked the most amount of coverage. I spent most of the day in Deer Canyon, which proved to have greatest, steepest, and most wide-open lines to lap throughout the day.

Although the 18″ of snow provided a great powder day, my skies did not get out scar-free. Due to a limited base beforehand, plenty of rocks, trees, and branches stuck out in certain places, and let me just say my skies are in dire need of some major tune-ups. But at the end of the day, I would still say it was totally worth it.

As temperatures rise above freezing again, we will see Big Bear return back to its normal self with clear skies, warm weather, and great spring skiing. There is a small chance of snow on Monday, but we are still too far out to know exactly what to expect.

Just like as I reported at Snow Summit last weekend, the handling of Covid-19 guidelines at Bear Mountain was the worst I have experience out of everywhere I have skied this season. In the parking lot’s shuttle lines, most people were not wearing masks, and social distancing was non-existent. Just like last week, multiple lift operators were not wearing masks properly, if at all, and people were so confident in knowing they could get away with not wearing masks at any time they would simply pull their jackets over their mouths when getting on the lifts.

It is obvious to say I think Big Bear Mountain Resorts as a whole could be doing a significantly better job when it comes to this, but other than that, I have no complaints from my time there.

Today greatly exceeded my expectations in terms of what Bear Mountain had to offer on a powder day. Short lift lines, plenty of unskied terrain, and great weather is something I would not expect in southern California. 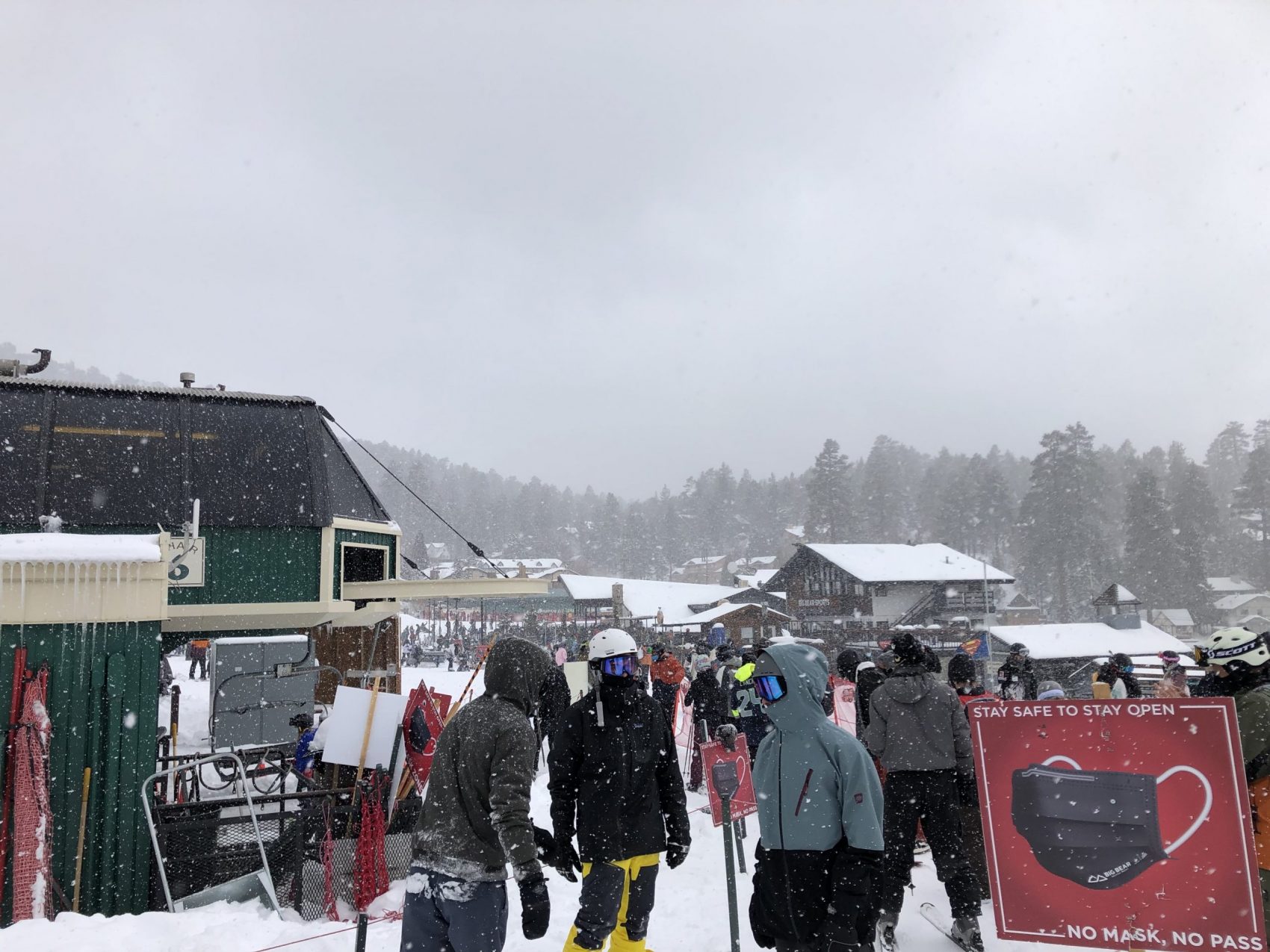