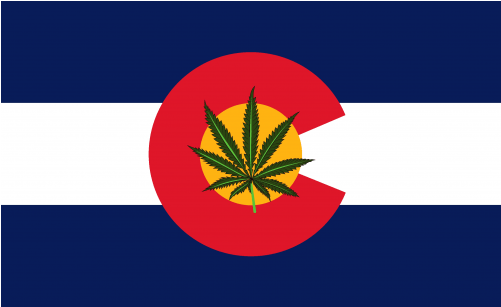 Ever since cannabis was legalized in 2014 for recreational sales in Colorado the industry has trended up. Now, for the first since its inception, Colorado weed sales are enduring their first sustained downturn since sales began. A multi-billion dollar business, both medical and recreational sales have combined for the worst decline in its short history.

It’s low times for the high business as tax revenues are down, budtenders are getting laid off, and dispensaries are closing. Even niche businesses like delivery services and social clubs are struggling. Experts warn a decreased tax revenue can indicate the Colorado cannabis boom could be coming to a close. However, other factors can play a role like additional states legalizing weed and nationwide inflation that is causing smokers to pinch their pennies.

According to data released by the Colorado State Department of Revenue, dispensary sales have fallen for the twelfth consecutive month in a row. Medical sales are down 44% from a year ago and recreational sales are down 19% from 2021. High Times reported:

Not only will small mom-and-pop businesses and new cannabis brands suffer, but a majority of the state-run programs that rely on marijuana taxes will also eventually take a big cut. This includes public schools, health care, health education, substance abuse prevention, and treatment programs. Essential programs such as the Building Excellent Schools Today (BEST) Fund are credited to the marijuana excise tax revenue that is brought in.

Cannabis businesses in the USA operate without support from the Fed, banks, government, FDA, or EPA. Melinda Kadinger, CEO and CFO of Cannabis Care Wellness in Northern Colorado told the Denver Gazette: “To put it bluntly, it’s like death by a 1,000 cuts, because the more regulation and more taxes coupled with the lack of funding or grant options is killing us. There is no real support for this industry.”

There is no way to predict how much sales will decline if they will continue to dip or if they will remain at current levels. Or, if this is even a prediction of the industry’s future. At the end of the day, the state of Colorado and the industry can certainly feel the effect of marijuana sales not being in their favor.