The University of Colorado student who crashed into a tree on December 4th while skiing at Eldora, CO has died. Physics Graduate Student Bill Brockmueller, 26, was taken off a ventilator Monday afternoon and died shortly thereafter, according to a caringbridge.org post by Emily Crider, Brockmueller’s campus minister, reports the Daily Camera.

“Eldora Mountain Resort, the Eldora Ski Patrol, and the entire Eldora family extend our deepest sympathy and support to our Mr. Brockmueller’s family and friends,” Brent Tregaskis, Eldora’s president and general manager, said in a statement. 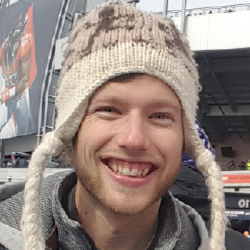 Bill Brockmueller, 26, was taken off life support on Monday. Credit:

Eldora’s ski patrol was called at 3:45 pm Dec. 4, after Brockmueller reportedly crashed into a tree while skiing without a helmet. He was airlifted to Boulder Community Health’s Foothills Hospital in critical condition. Brockmueller sustained serious head, back, and leg injuries, and was placed in a medically-induced coma while doctors tried to reduce brain swelling.

His family made the decision over the weekend to take Brockmueller off life-support as the doctors felt the brain injury would lead to a vegetative state if he were to survive. His family added Brockmueller was a registered organ donor and wanted to respect his wishes.