Brought to you by Scott Sports

There was one last chute that we’d wanted to ski off 13,000′ Mt. Dana and it looked spicy.

The chute is named “The Flume” (at least that’s what we named it in situ) and it’s just skier’s left of Solstice Couloir.

We started hiking at about 8:30 up the back of Dana and we were able to find the chute pretty quickly.

Temps were cooler with a hard freeze the night before and firm snow conditions to start the day.

On our way up to the chute, we ran into a nice solo skier named Jen, we invited her to join us, and she did.

The entrance was guarded pretty well by steep walls of snow above a 50º funnel that choked down to about a ski-width wide before opening up into a nice long chute.

I decided to use my shovel and make a channel in the steep snow wall that we could use to walk down into the chute via.

It worked, but that first funnel really was steep…

Jen and Erica charge down the funnel and out into the chute and down the apron.

I followed suit and we were all pretty stoked on having pulled it off smoothly.

The snow in the chute was soft and splashy and we had some moderate sluff.

We then contoured out of Glacier Canyon, up onto the Dana Plateau and over to the top of Chute Out Alternate.

Chute Out Alternate is still too fun and it felt extra spicy yesterday because the snow was a bit more firm that it has been which really made the thing feel steeper.

At the bottom of Ellery Bowl, we exchanged smiles, high fives, words of elation.

I hitchhiked up and grabbed the car up at Tioga Pass and we went straight to June Lake.

The Ohana food truck had just closed (they close at 4pm) so he hit Gordo’s Mexican joint where the beer was cold and the carne asada was hot. 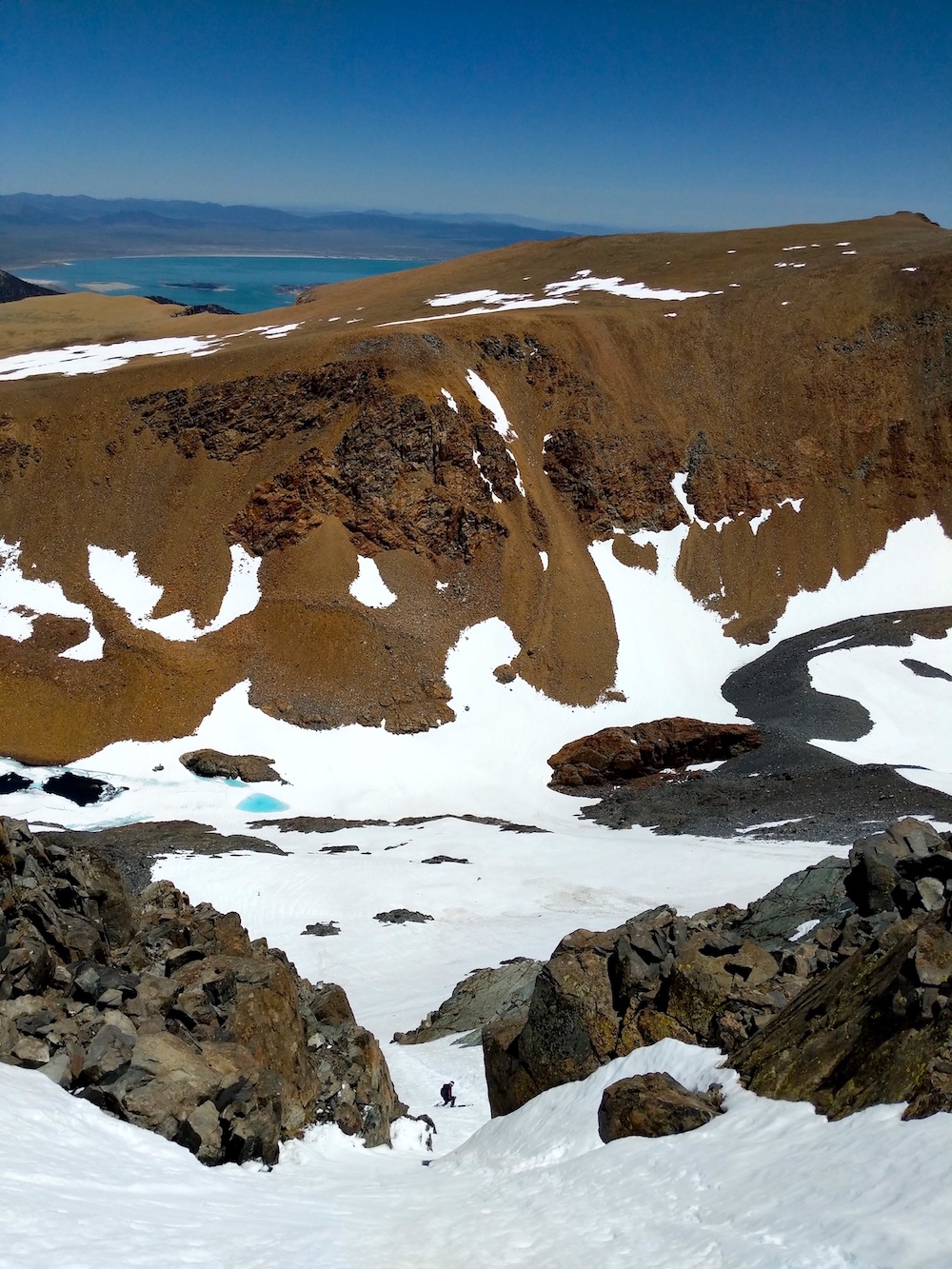 I’m a bit sad thinking it may have been the last of the year.