Welcome to the High Sierra Alpine Conditions Report! This is the first one of 2015, transitioning early from the Backcountry Snow Report for skiers and snowboarders which we will not be updating further this season, courtesy of “the big dry” (the biggest drought on record in California). The drought is a bane for almost everyone, and we should all be a lot more concerned than we seem to be, but it does represent a boon for alpine rock climbers and backpackers, who will likely enjoy one of the longest snow-free seasons in memory. 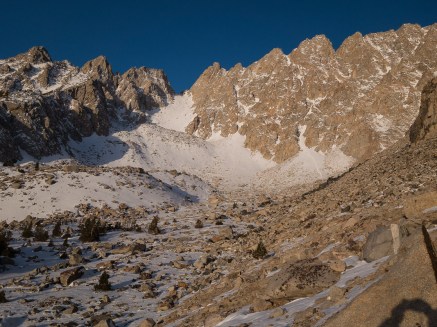 For alpine rock climbers, an open early season means that climbs and descents are accessible, without cumbersome boots or crampons, even on shaded alpine rock faces while the sun is high and the days are long in late spring/early summer. There are many great north to west facing climbs in the High Sierra that will be in good access condition while the rock temperatures are most pleasant. Backpackers will enjoy long days and fewer technical difficulties in crossing high passes. It will be soon that crampons and ice axes are no longer needed. Expected record numbers of PCT thru-hikers will enjoy the lighter packs for traversing the range in early season. Later in the season, on the other hand, we can expect not to find water in many ephemeral streams, springs, and ponds, especially at lower elevations. Reservoirs are looking incredibly grim already.

Alpine ice climbers should start paying attention and getting ready. We actually had a time in March this year where we could choose between climbing ice in Lee Vining Canyon or in the Palisades couloirs. That has never happened in the history of Eastern Sierra ice climbing. A couple feet of snow in the Palisades last week made the approach a lot more strenuous, but as temps warm, the snow will sublimate up the canyon and out of the couloirs. There will be an early window of perfect alpine ice conditions up there before the snow at the top and margins melts off and releases the loose rocks that are currently frozen in place. North Peak ice couloirs and the Dana Couloir will be other ones to hit early this season for the same reasons. Every storm that comes along will prolong the start of that ideal ice climbing window. We are almost there now, but there is a weather change possible in the next week that could put a hold on that order. 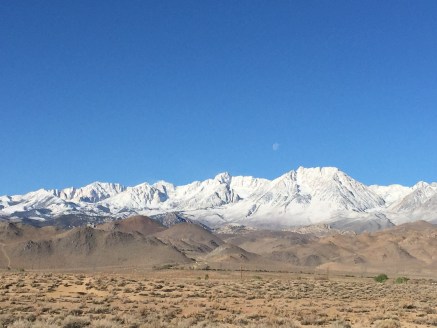 Current conditions are good for backcountry travel. Access points are open up high. Highway 120 has been opened to Tioga Pass from the east. Highway 108 is open. All the Eastside mountain roads are expected to open by “Fishmas” next weekend. Mammoth Mountain might make it to mid-May, but nobody knows for sure when they will close at this point. It is no problem to hike up to places like Kearsarge Pass, Taboose Pass, 3rd Lake in Big Pine Creek, or Piute Pass without more than running shoes and maybe some ankle gaiters. Shaded slopes above 10,000′ still have a bit of snow remaining from the last storm that dumped 1-2 feet and the going is more challenging where this snow fell on bare scree or talus. 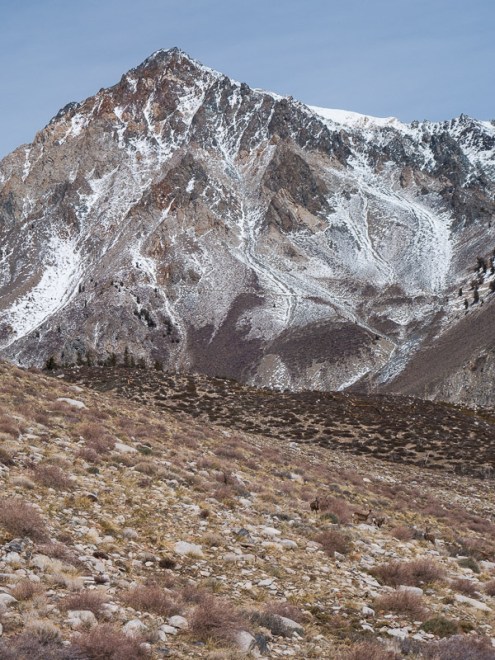 That’s the news! I hope you have some High Sierra plans for the coming weeks and months. We’ll be updating this report regularly throughout the season to help you know what to expect and make your best plans for success!