Report from 14th-15th March 2020, brought to you by Grand Targhee Resort

The timing of recent weather events, in conjunction with the all-too-familiar biological climate, makes for screenplay caliber content. Think of it as a layer cake stacked high with healthy dollops of pristine powder snow, and a foundation of tragic timing.

However, Sunday March 15, Targhee announced a difficult reassessment which, for the health and well-being of its community, closed the famed snow destination for the duration of the winter 2020 season. Resort representatives echoed what its web presence shares, that the decision was not made lightly and has been committed to with “heavy hearts.”

Softening the blow is the absolutely fluffy state of the slopes for the past 48hrs. What had begun as a lead grey Saturday with only occasional flurries quickly escalated into a full-blown winter storm which persisted through the weekend.

Thick cloud oozed over Targhee Saturday, beginning from the backside of lift Sacajawea and pressing its way across to Blackfoot chairlift at the mountain’s farther boundary. Winds were moderate with flakes intensifying as day wore into afternoon. And, better still, the constantly improving conditions were shared with only a handful of skiers, which at Targhee equates to a few close friends and that ‘good fella who lives in the cabin down the lane.’

Saturday’s last lap was better than its first and heralded in a Sunday that every Man-jack and their dog knew already was going to be EPIC.

It’s a tiny ski town so word had already gotten ’round of the resort’s updated decision meaning crowds were up, but not nearly so much as the snowpack. Even to dip from the edge of a groomed trail found the skier suddenly plunged into almost knee deep white velvet. And all the while the flakes kept NUKING down.

If it has to end early, at least Grand Targhee‘s curtain call was in the White Room. As an extra measure, the resort is extending a helping-hand to skiers and snowboarders with unheard of roll-over discounts on existing bookings made between March 15th and the original season-ending date, March 19th. And there is also a gracious refund option. The weekend may have been a swan song, but powder snow and great deals have visibly bolstered the many dedicated staff and community members who held on to last chair and then some on Sunday.

Everyone was grateful for the day, no word or gesture was anything other than positive, and the central theme this season’s final day remained as apparent as its first: Targhee Vibe abides.

Cheers for the good times! 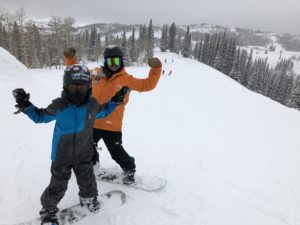 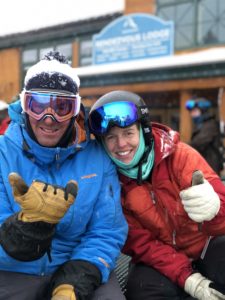 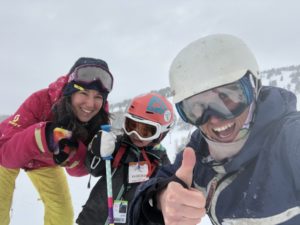 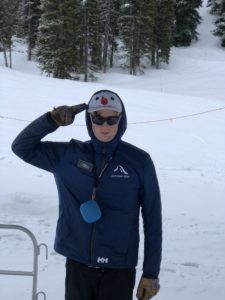