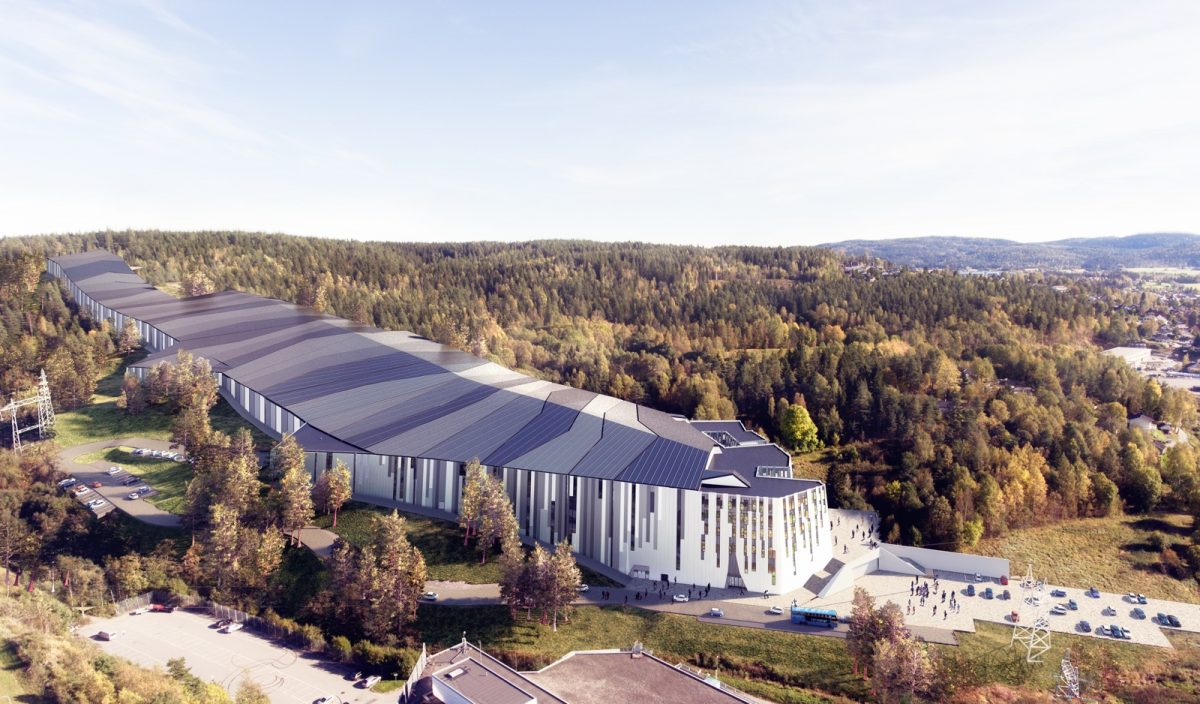 Vinterparken, a new year-round indoor ski center planned for Norway, will be one of the largest in the world. The idea and need for the resort arose from the lack of consistency in the snowfall in this area of Norway. Construction has begun on the six-story, 40,000 square meter facility just east of Oslo in Lorenskog.

The resort will be home to a variety of year-round facilities, including downhill skiing, cross country skiing, a terrain park, hotels, restaurants, and other recreational activities. A winter academy will also be located at the arena, where athletes can strengthen and develop skills in winter sports. 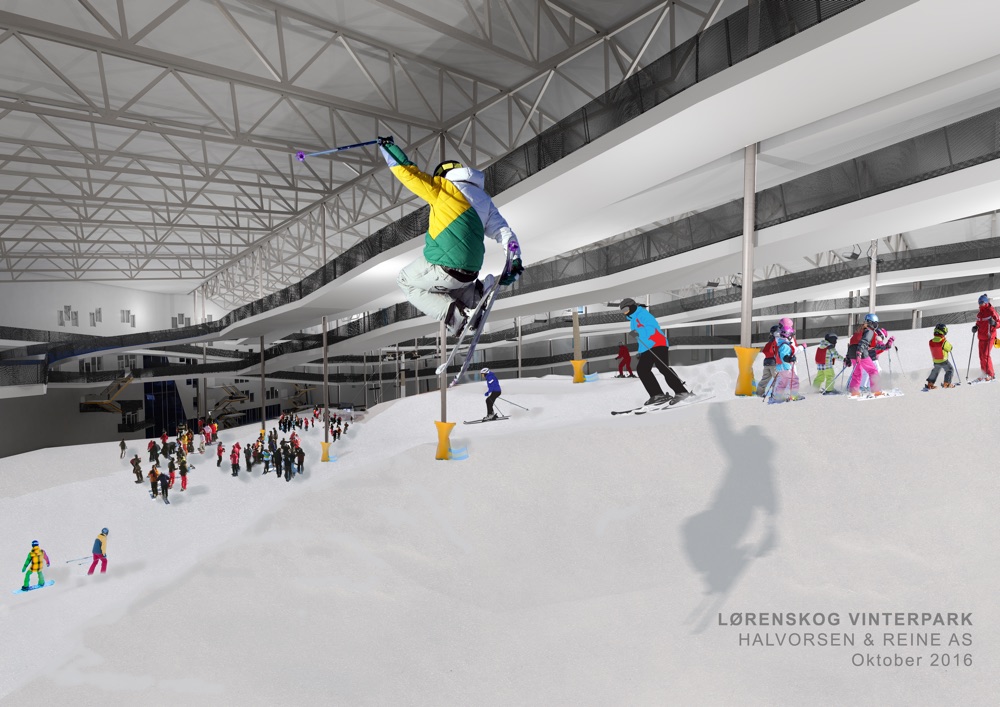 A projected image of the indoor ski arena. Image: Life In Norway

The alpine skiing facilities will include a 505 meter long and 100 meter wide slope. Three modern ski lifts will access the terrain and carry over 5,000 skiers per hour.

The cross country facilities, which will be suspended from the roof at the lower end of the downhill slope, are planned to be around 1 kilometer long and 5 kilometers wide.

The cross country loop above the downhill slope. Image: InTheSnow.com

The resort is meant to be accessible to the whole community, not just elite athletes, and aims to be the most environmentally friendly indoor resort in the world. The projected opening date is set for early 2020.