Going out in style…  My last day in Lyngen Norway.

We returned to Camp Kviteberg with one day for my companion to get a taste of the northern half of the peninsula. Amazing weather continued, and we had a session of corn skiing to the north of Kjosen Fjord.

My friend had a flight to catch, and I, a dog nap with Miss T: The loveable farmhouse dog. 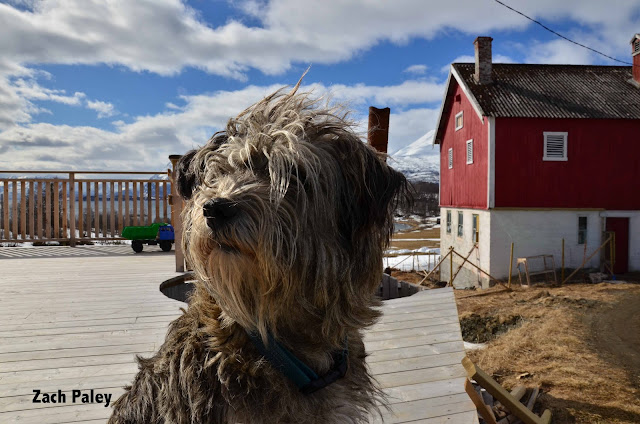 My rest was short lived; I awoke to the thud of a lifejacket on my chest. 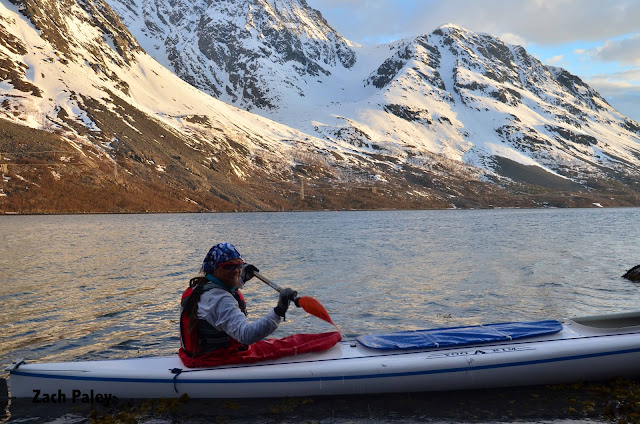 It was mentioned over beers the previous evening, but I didn’t expect things to work out. It wasn’t long until David and I were paddling our way across the Kjosen Fjord in a tandem kayak for my second outing of the day.

I’ll be the first to admit our kayak trip could have been better planned. We paddled against the tide both ways, found poor snow in the line we wanted, and were both moving slowly because of fatigue. 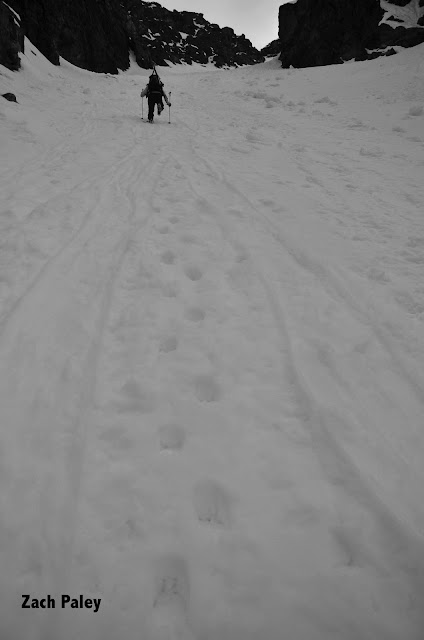 It’s not always about sliding on snow. Sometimes the company and circumstances make the day memorable. It was great to get out with David one last time before leaving Lyngen.

You’ve got to check Zach’s other reports from Norway this May:

This is the best one:  Solo… 8 Lonely Days Under Norway’s Midnight Sun

These are great as well:

Dream Trip:  Skiing from a Boat in Norway’s Arctic Circle

One thought on “Kayak to Ski Adventure in the Arctic Circle”