The last few days in the Lake Tahoe area have provided nothing but bluebird powder days after several storms blanketed the area in the previous few weeks. Although most of the snow exposed to the Tahoe sun has been baked and crusted over, there is still great snow in the trees, North-facing aspects, or in the shade. I took my Siberian Husky-Alaskan Malamute, Cody, up high on a warm, sunny Sunday because I was looking for any protected snow that was still cold, soft, and carvable.

Cody and I found just what we were looking for on one of my favorite peaks in Nevada overlooking Lake Tahoe. We were justly rewarded with one of the best views in the region that you can access on skis or splitboard.

After parking and gearing up, I was able to leave my skins in the pack and just ski down a fire road/summer trail toward the base of the peak. After approximately a mile of skiing down the trail, I was forced to put on skins to cross the meadow. This was the crux of the day because one of Cody’s only fears is crossing water (or any bridge really–no matter how low to the ground) when he can see what is below. The water was only 3-4 inches deep under what resembled a wooden ladder-like bridge, but he was NOT going to cross there. After trying to coax him across by crossing back and forth on my skis, I finally showed him another way that was far more dangerous for humans, but a path that eased his stubborn, 4-year-old mind.

After we got across the creek, Cody was intent on leading me up the mountain. He is at his athletic peak, and let’s just say I’ve eclipsed mine, but we made better time than I expected. There was a temperature inversion with higher temperatures in the mountains than in Truckee or Reno, so I made the entire ascent in a T-shirt until we approached the false summit. I avoided stopping anywhere during the drive up or back to the trailhead since I brought some string-cheese, turkey, and salami in a reusable plastic back to lessen the impact on the environment and the Tahoe communities.

Once we got to the summit, the views were incredible, and Lake Tahoe was stunningly calm. Although it was still warm, there was a pretty stiff Zephyr wind starting up after a few days of high-pressure following several storms. A few people were checking out the summit view, including a couple with a 9-month-old white husky at the top. He/she was nervous about Cody and, I was happy he (mostly) stayed back with me, eyed the view, and got ready to drop. Honestly, if it was not for his constant side-eye this morning, we might have never been up here but, it was where we were meant to be on this epic day.

Cody wanted to take the most efficient way down, but anything in the sun was crusted or too solar-affected to be trusted, but Cody tried to head down the South/Southeast face back toward the road. The other couple with the husky helped me coax him back up, and we headed down the way we came up because I knew it avoided some of the steeper shots that might have the potential to slide or might cliff out or end up in a creek. The snow protected from the sun, and the wind was about as good as it gets in Tahoe 3-4 days after a storm. After the sun or warm temps have done a number on the snow in lower areas, this region is one of my go-to options to get some powder turns long after storms have dropped the goods. 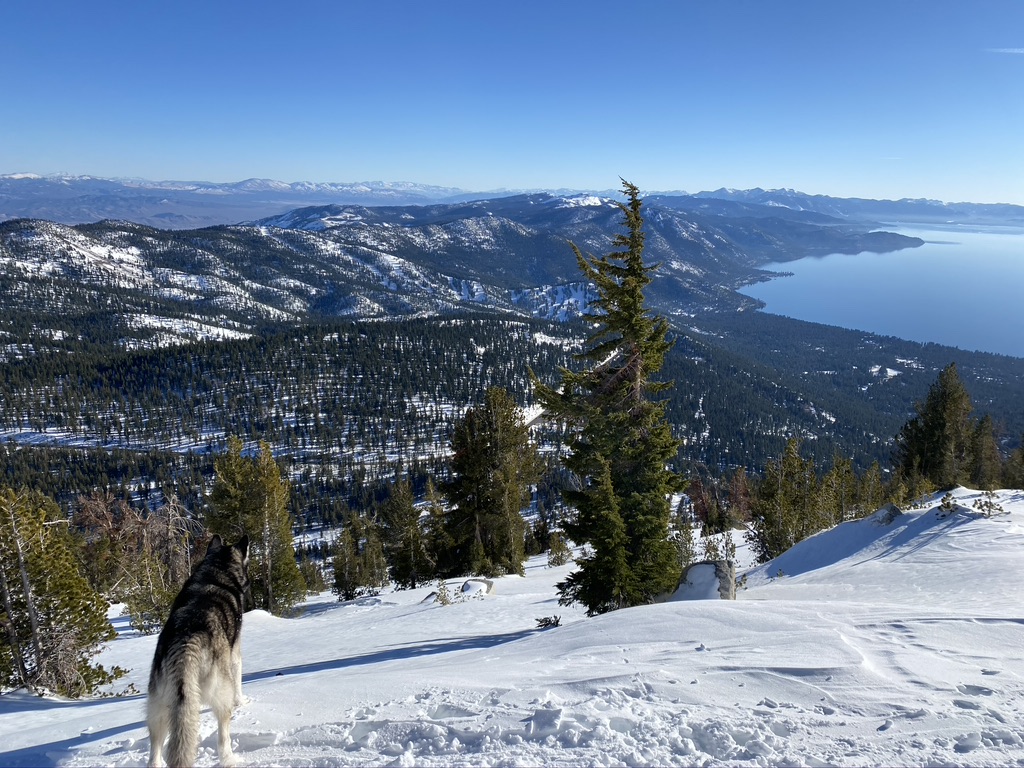 The turns were stable, deep, and it felt like riding on top of cake frosting back to the creek crossing. I could ski over it, but I had to walk back over and lead Cody across because he was too tired and stubborn for me to coax across for a second time. After putting skins back on, it was about a 25-30 minute jaunt back to the car. I was able to catch a view of the lake between the aspen trees.

Cody had enough face shots for the day, so once we got back to the car, he patiently waited for me to find my keys and hopped in the back. We caught the beginning of the sunset in Kings Beach before heading home. 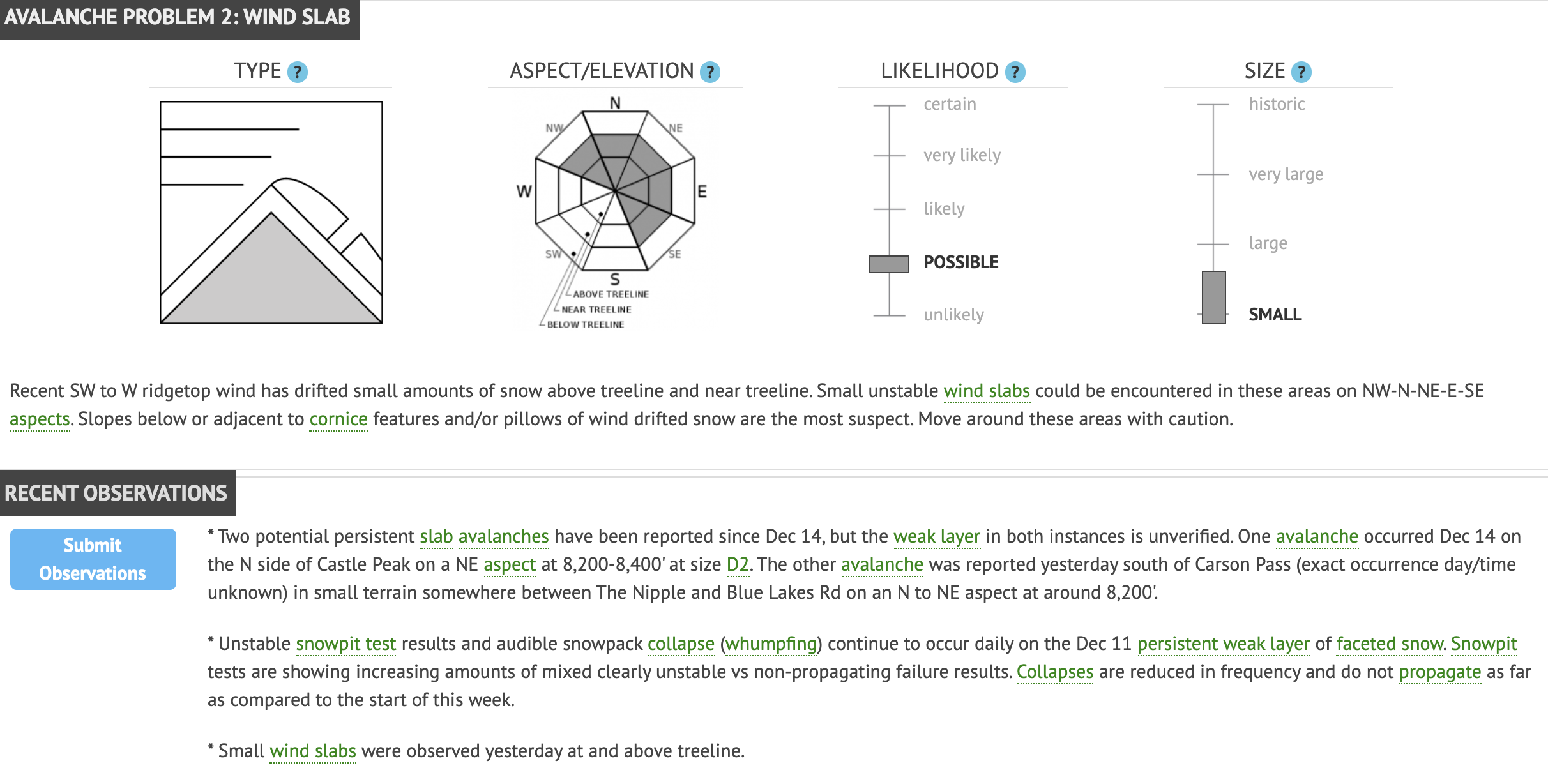