Today provided the perfect opportunity to attempt to ski one of the many peaks surrounding Lake Tahoe that can provide epic vistas when the weather is right.  Snow stability was not a big concern of ours since we were sticking to mostly low-angle terrain. The snowpack also had about a week to settle and the advisory indicated avalanche danger was “Low”. We still traveled with normal caution in avalanche terrain.

The wind and warmer temperatures had firmed up the snow surface and high-pressure brought clear skies. The conditions allowed us to travel the furthest I have been into this backcountry zone, high above the lake.

The plan was to ascend a well-known route to access a ridgeline with panoramic views of the lake. I was also hoping we would find some North-facing, protected snow because everything exposed to the wind and snow was either bullet-proof or punchable crust. We met at the trailhead a little after 7 a.m. and it was 32 degrees Fahrenheit, with just a slight breeze from the Southwest.

We were able to make it almost half a mile from the car by skiing slightly downhill along a well-traveled path. It was clear this zone had seen lots of traffic since the last storm but we did not see another soul for most of the day except for one splitboarder who was descending through the trees when we were about halfway up the first peak. The nice turns he made assured me we would find nice snow in the North-facing trees. Phil and Ryan were moving quickly so we made good time.

The crisp breeze at the top snapped me into focus as we approached a saddle overlooking Lake Tahoe. We were standing on a plateau between the two summits we would eventually stand atop that day with a nearly unobstructed view of the lake and peaks beyond.

We traveled along the ridge with Tahoe on our left and skinned towards a rocky spur to see what the snow was like on the neighboring peak that was our primary objective. We checked out most of the skiable aspects and confirmed the wind and sun had taken the fun out of any unprotected snow. We agreed to backtrack a few minutes to a protected, N-E facing bowl. The summit was wind-scoured and firm but standing at the top yielded another epic vista.

We decided to ski down a funnel-shaped bowl into the trees and there were a few inches of cold, soft snow mixed with some funky crust to keep you honest. After a few nice turns we traversed hard right and were able to ski back down and meet at the saddle between the two peaks. I was about to ski to the car but my ski partners were committed to a second summit. We did not have much elevation to gain so I decided to follow them and bag a second summit for the day. It was still early and the ascent was just a few minutes out of the way.

We navigated the corniced ridge as the breeze kicked up another notch. The summit provided 180-degree views of the lake in front of us while snow-covered like Mt. Rose and Mt. Houghton could be seen in the other direction. Standing on the peak felt like standing directly above Lake Tahoe as each vista provides each own unique perspective.

On the descent, we leapfrogged across the ridge and into the Northeast-facing trees where I thought we could find some stashes of leftover powder. Leading the way down I yodeled through the nicely-spaced trees to keep in voice contact with my partners. We hooted and hollered down since the snow was much better than anticipated.

We still had to watch out for “variable” and downright treacherous snow on the way down. Dodging obstacles and tree branches near the bottom, we were able to navigate and ski back across the same creek crossing we took earlier this morning, stopping right where we had put skins on to start our ascent. My feet and legs forced me to count myself out for another lap but we all decided we had enough and decided to just take our time on the way back to the car. “I’m in no rush to leave this,” Ryan said with outstretched hands and eyes to the sky as we all took in the tranquility and beauty around us. 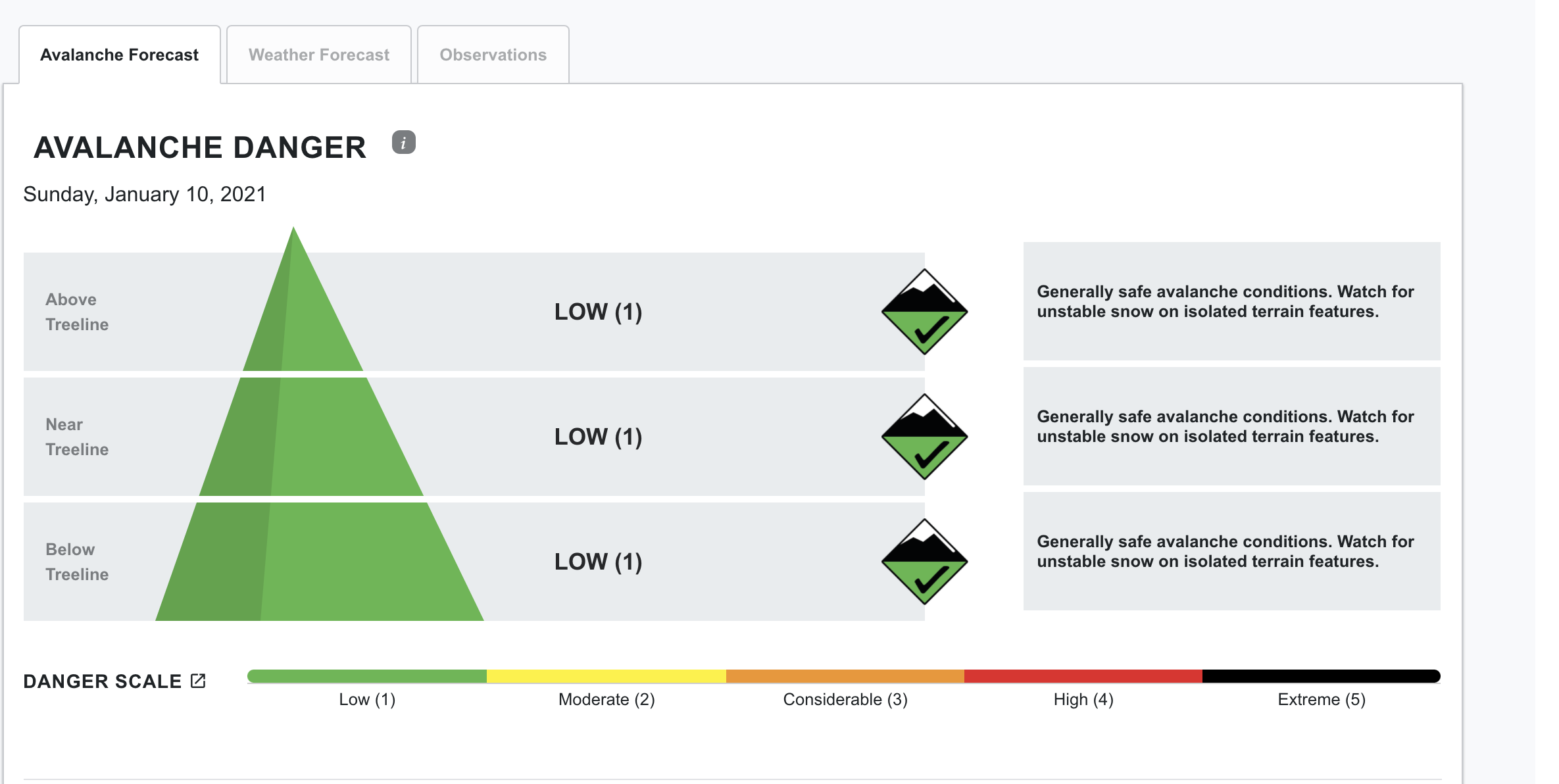 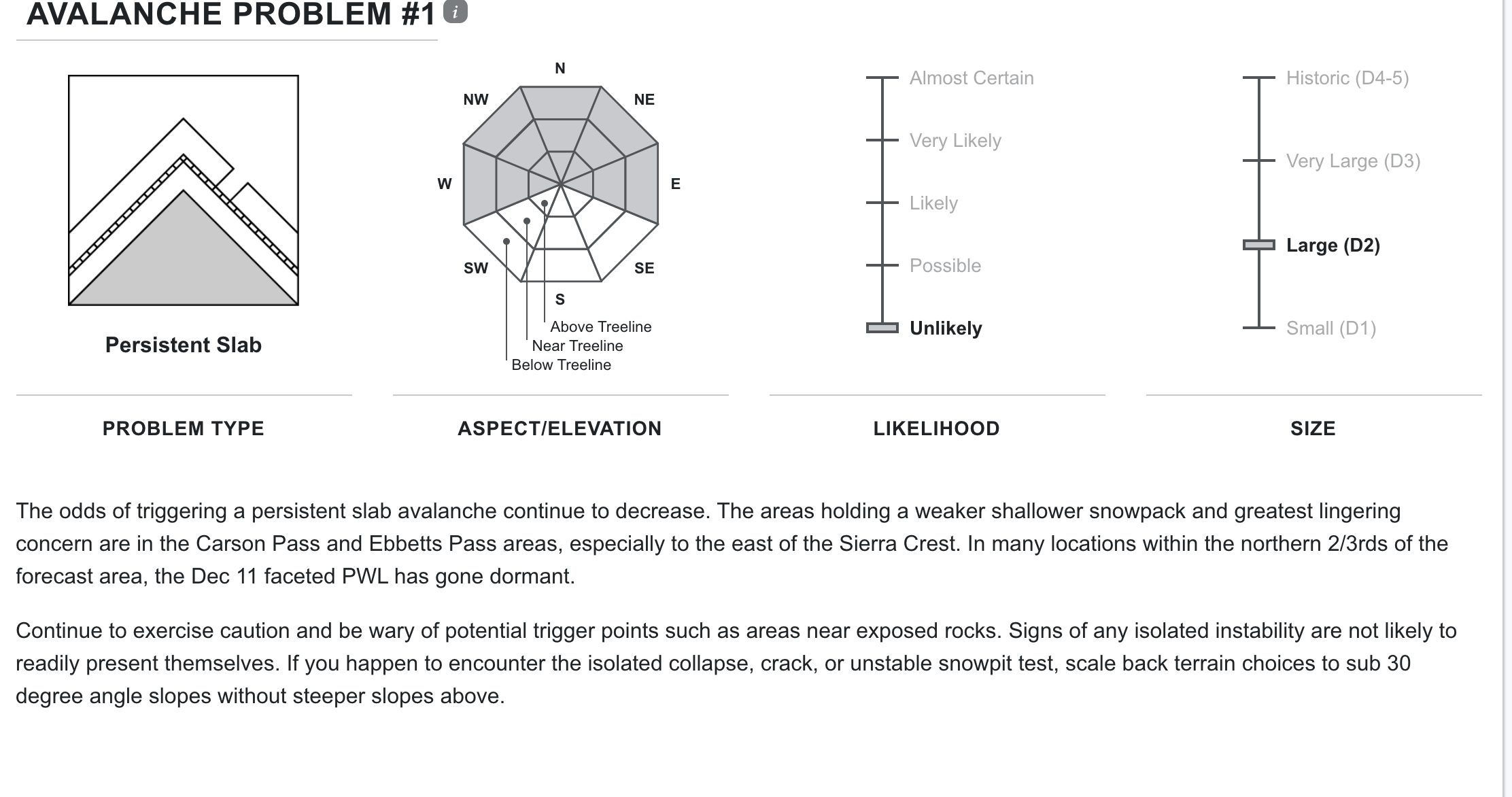