Report from June 17th, 2020, and written by Andrew Fish from surfisswell.com. Images by author unless stated

Shortly before my river trip in Mendo, a friend and one of my ski inspirations named Kerstin planted the seed in my head to climb/ski this peak, one of the most iconic and highest in California.  It’s a mountain I’ve always wanted to climb, but Kerstin made it feel possible.  So, en route to the river, I ended up bringing my ski gear with me.  My hope was to raft, then make this iconic climb with Kerstin and her husband while I was up North but unfortunately, we weren’t able to line it up.  Still, I couldn’t get this peak out of my head.  I was determined to climb it while there was still a window.

I wasn’t sure who would be up for such an adventure, but James Barkman immediately came to mind.  I met James several years ago at Descend on Bend, a gathering of VW van owners that takes place each year in the Oregon wilderness.  I only loosely knew James but we had recently been touch about sailboats.  Candidly, I was pretty nervous to reach out to James, fully intimidated by his online persona and the pure badassery of his recent 30,000-mile trip climbing massive peaks (i.e. Denali) from Alaska to Patagonia on a dirt bike.

Sure enough, James and two of his buddies were down and we started looking at dates, routes, weather, conditions, etc.  The entire trip was planned exclusively via text (not one phone call was exchanged), and we agreed that Wednesday was the day.  When I left Ventura at 4 am on Tuesday, I honestly thought there was a 50% chance that James and his buddies weren’t going to show up.  I didn’t care.  I was determined.  And I had faith that one way or another, this trip would come together.

After 9hrs in the van, I saw the mountain in the distance.  Holy shit, it looked massive.  I thought to myself, ‘no way in hell can I get to the top of that’.  With butterflies in my stomach, I continued onward and pulled up to the trailhead.  I chatted with some other folks which eased my fears slightly and soon later, James, Jack, and Matt showed up.  We prepped our gear and agreed on a 4 am alarm for a 430am start.  I hardly slept a wink.

We started off on foot at 430am.  It was pitch black.  Headlamps on.  Fuck.  I was 20 steps in and already huffing and puffing. This was not good.  What did I get myself into?  I already felt defeated.  My pack was so heavy with all kinds of gear; extra layers, 3L of water, food for the day, first aid kit, batteries, ice axe, crampons, snow shovel, probe, helmet, goggles, and more.  Plus, being on foot meant that we had our ski boots mounted to our skis, and strapped to our packs.  So, take an already heavy pack, and throw skis and boots on it.. not light.

The sun started to rise and I eventually found my flow.  It felt good to finally reach snow.  We stashed our shoes and switched from walking to skiing uphill with skins.  As we gained elevation, the snow was not softening as hoped.  It was icy, getting steeper, and more challenging.  We discussed turning around several times but ultimately agreed to take it section by section and sure enough, the snow quality/conditions improved.

About 2/3 of the way in, skinning was no longer an option.  It was too steep and icy so we transitioned again, throwing our skis on our packs and switching to crampons and ice axes.  By this point, it was slow-moving.  And steep.  One step at a time, maybe 5, then a rest and several deep breaths.  I wish I had taken more pics but I was too tired, in pain, and a small mistake or loose footing had consequences.  Sitting here now, I wish I had snapped every moment.

By the time we hit the summit, I was absolutely spent.  Every part of my body hurt.  My head was pounding.  And the idea of skiing down wasn’t even appealing.  However, I pulled myself together to complete 100 consecutive days of meditation, signed the summit log, and prepped for the descent.

Overall, it was an absolute suffer-fest.  11 miles and 7,000 vertical feet.  It took 14 hours to complete.  It was painful.  And I recall thinking, ‘why am I even here?’.  That being said, this mission represents so much more than a summit, the highest peak I’ve ever climbed, and my longest consecutive stretch of daily meditation. 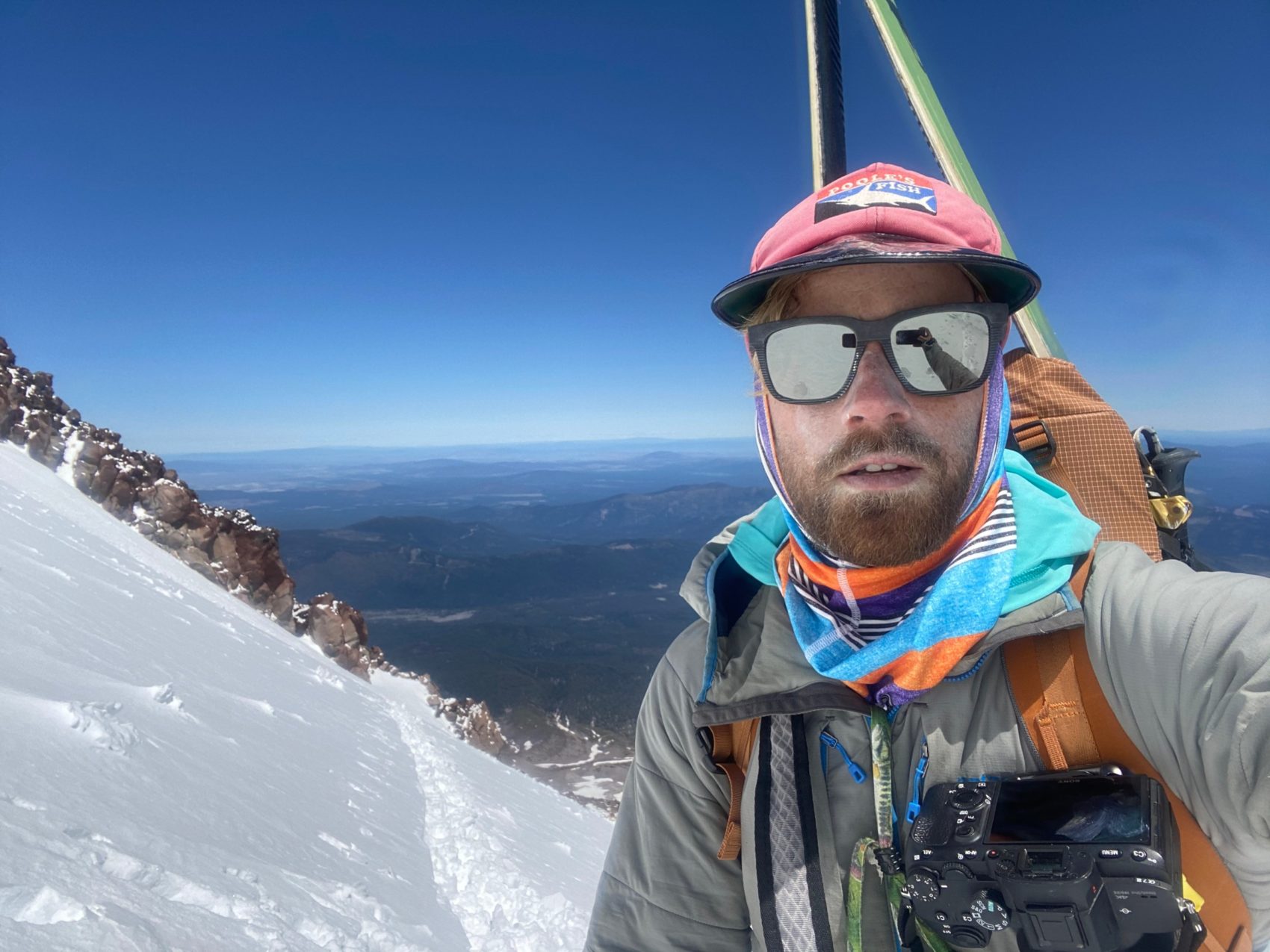 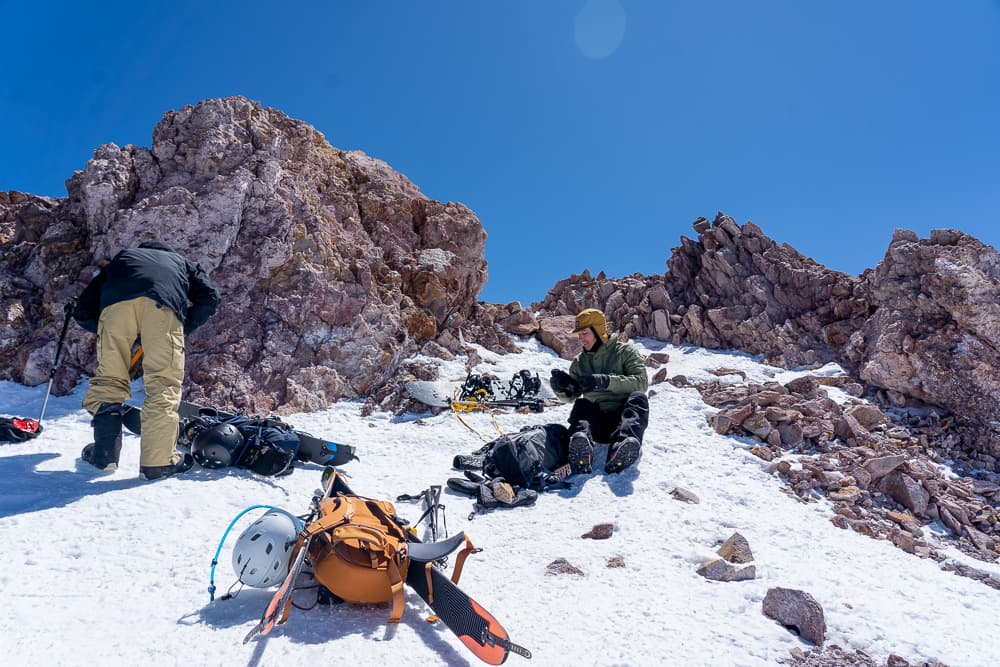 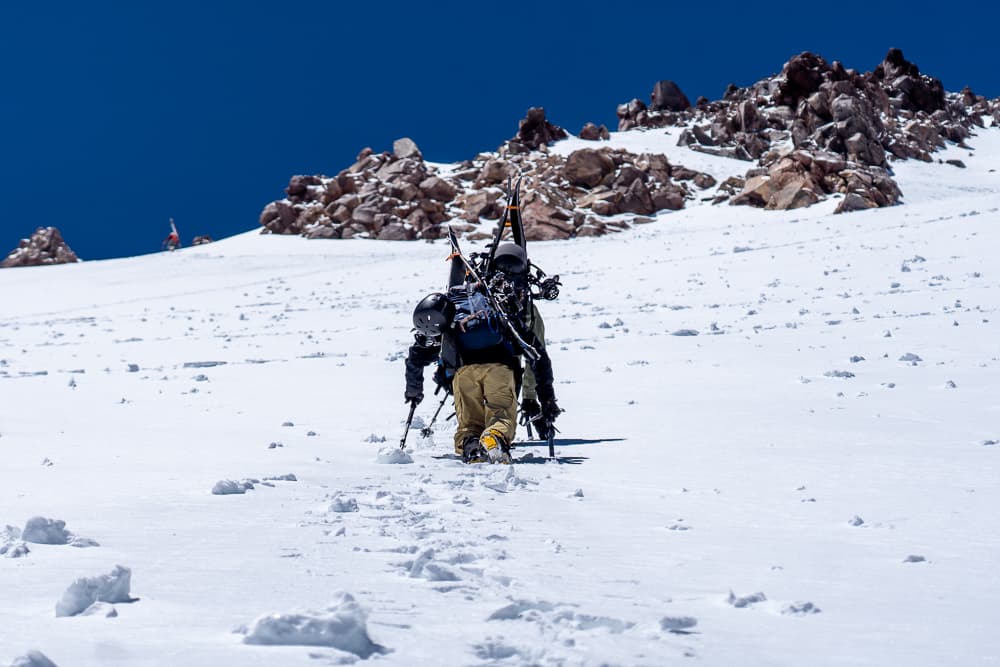 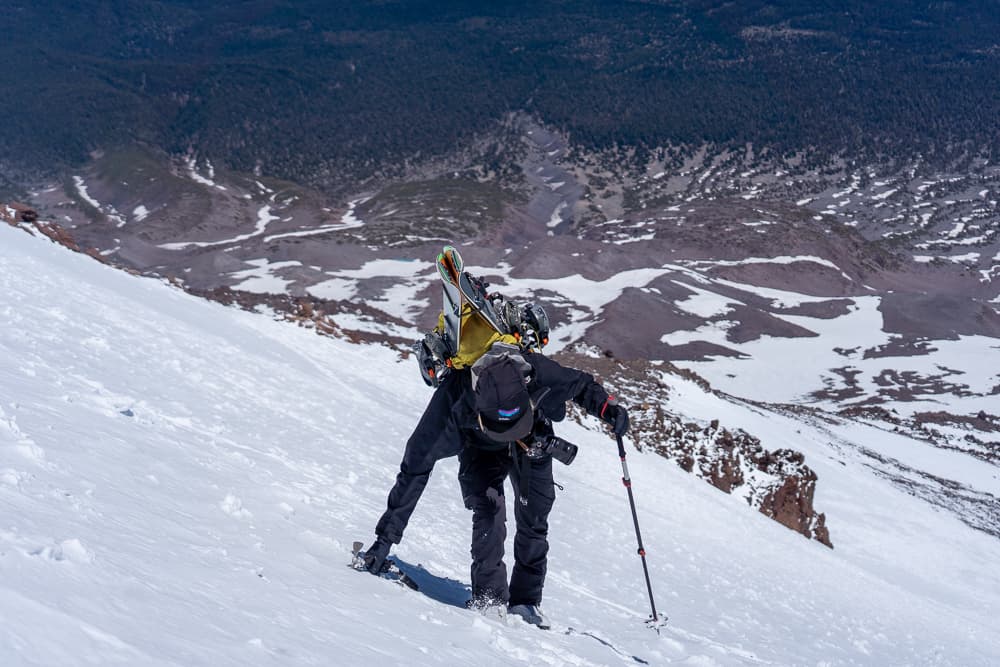 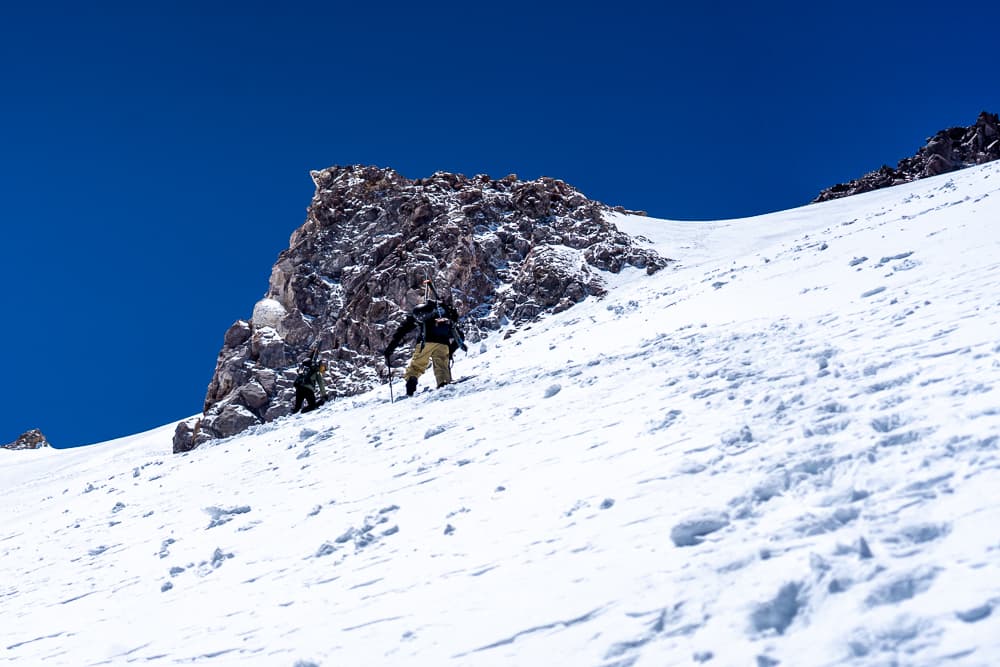 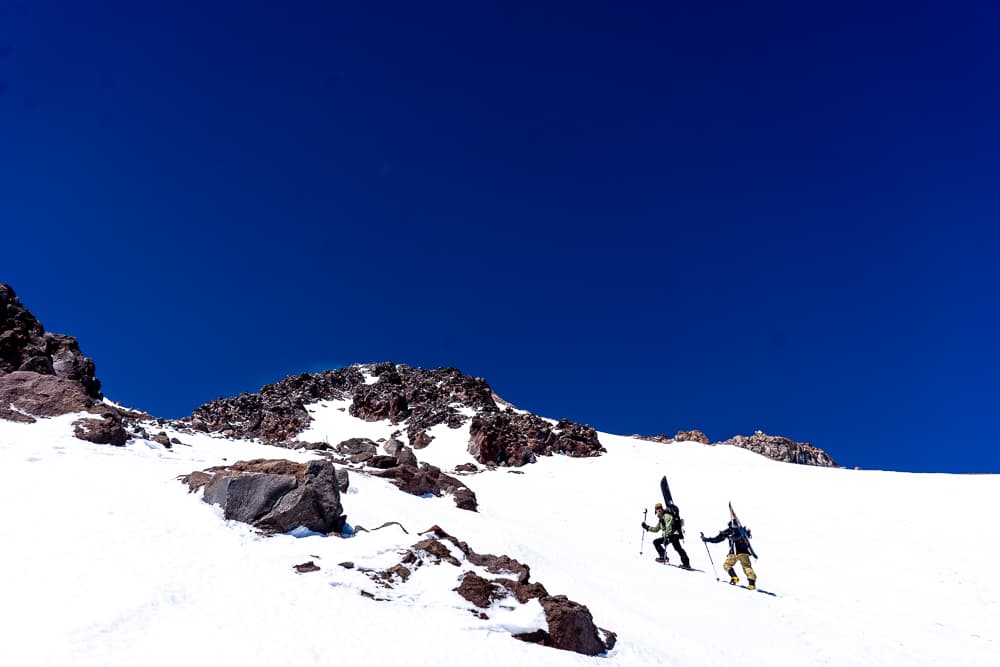 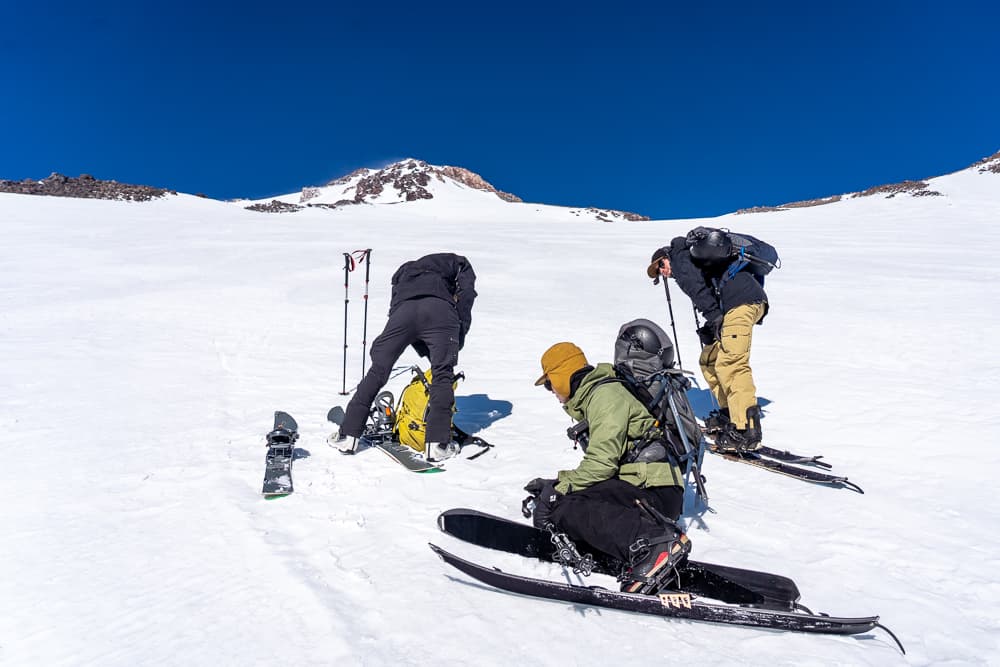 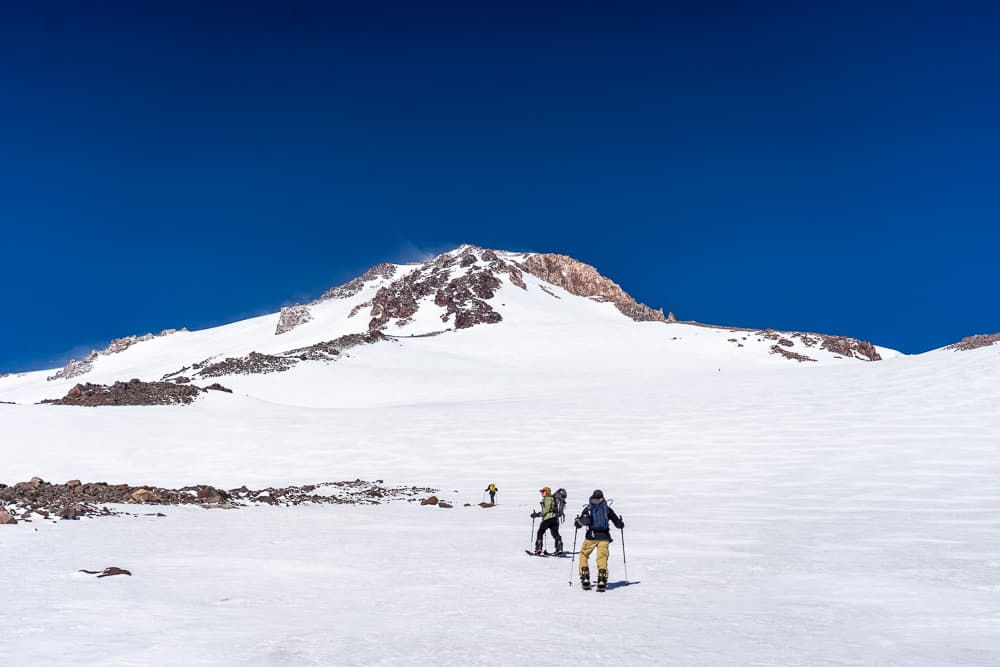 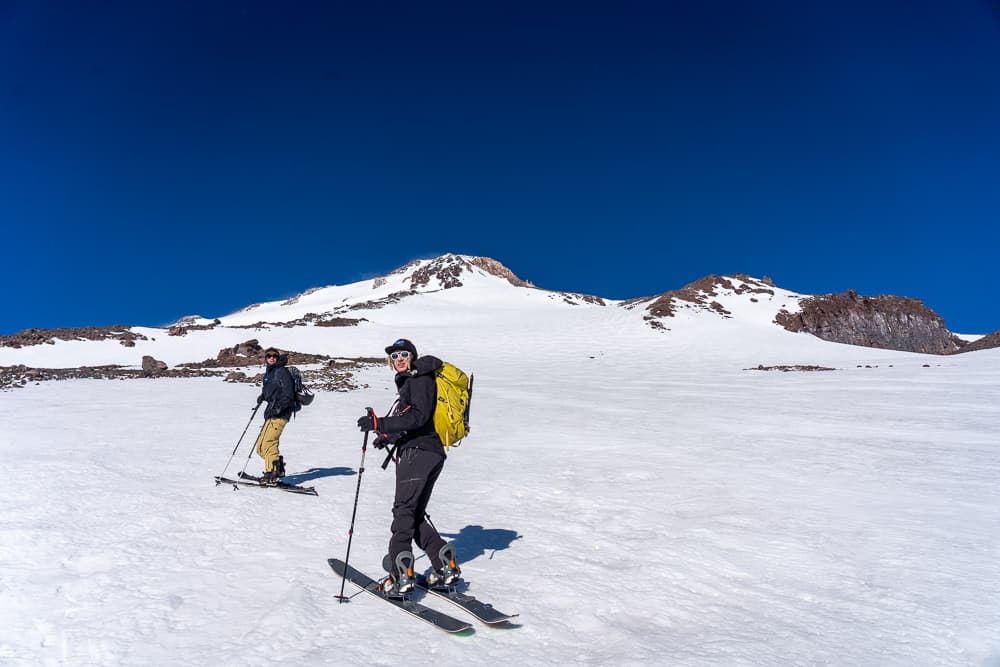 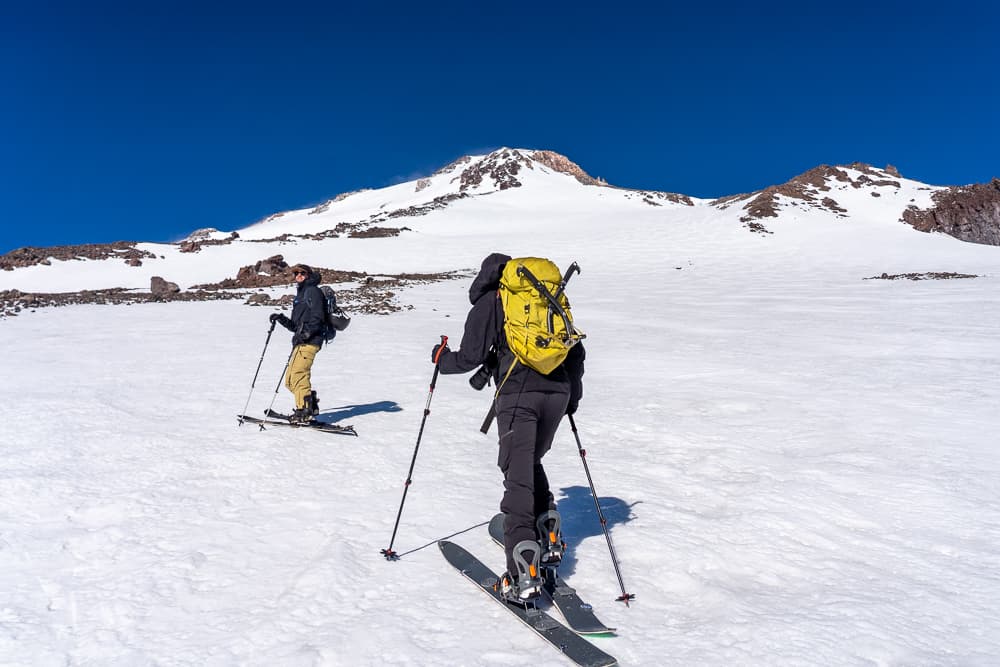 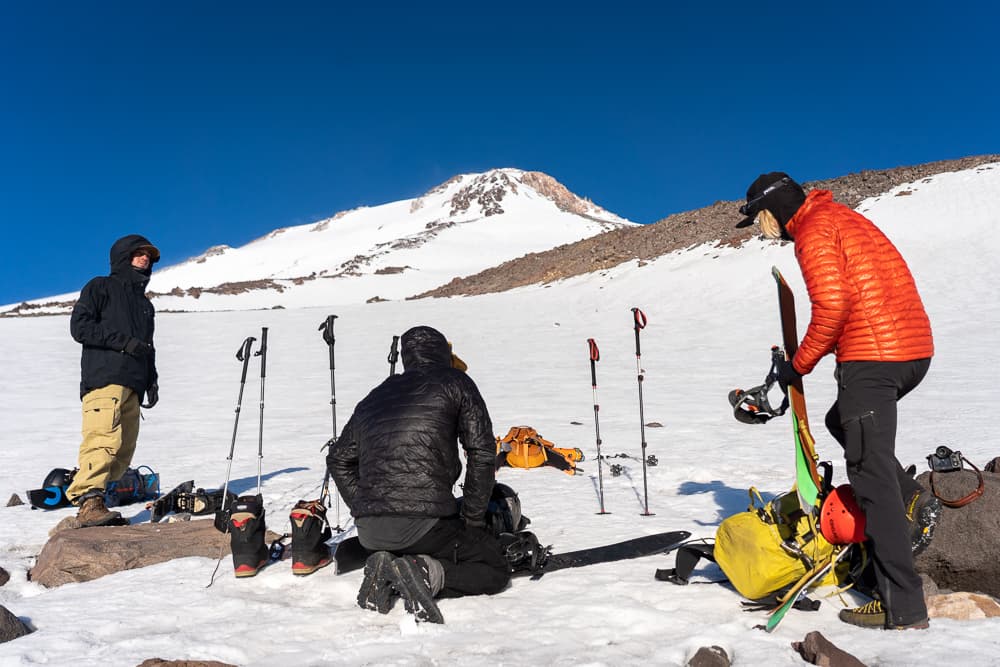 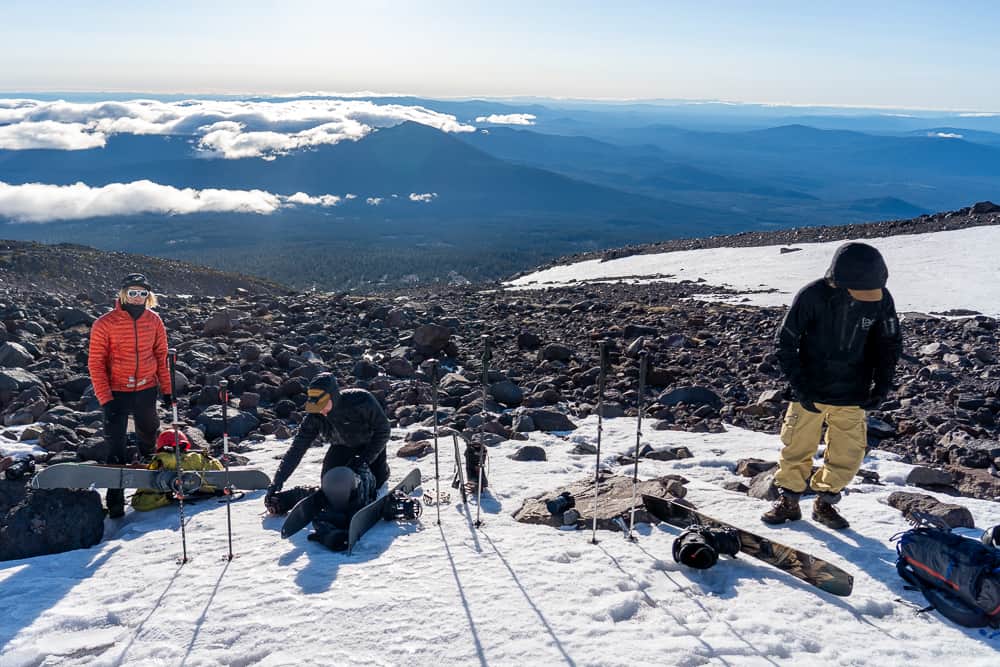 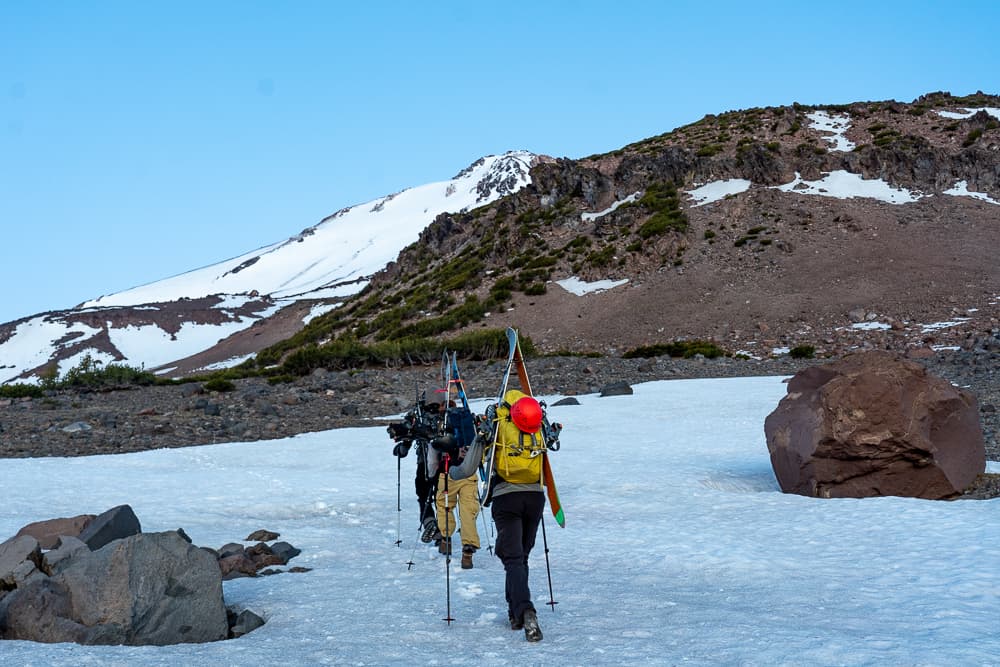 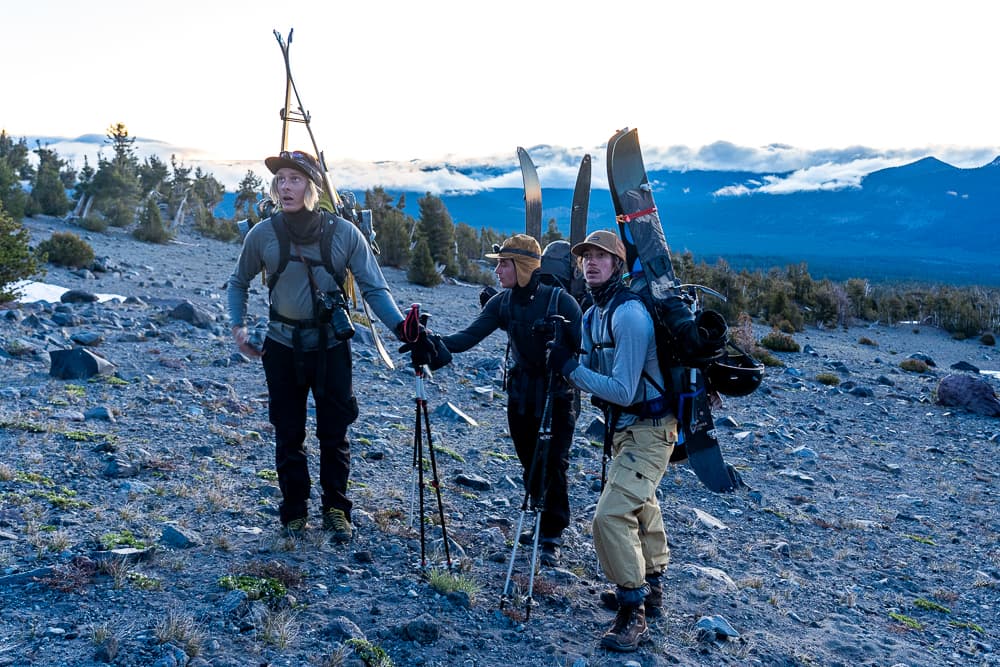 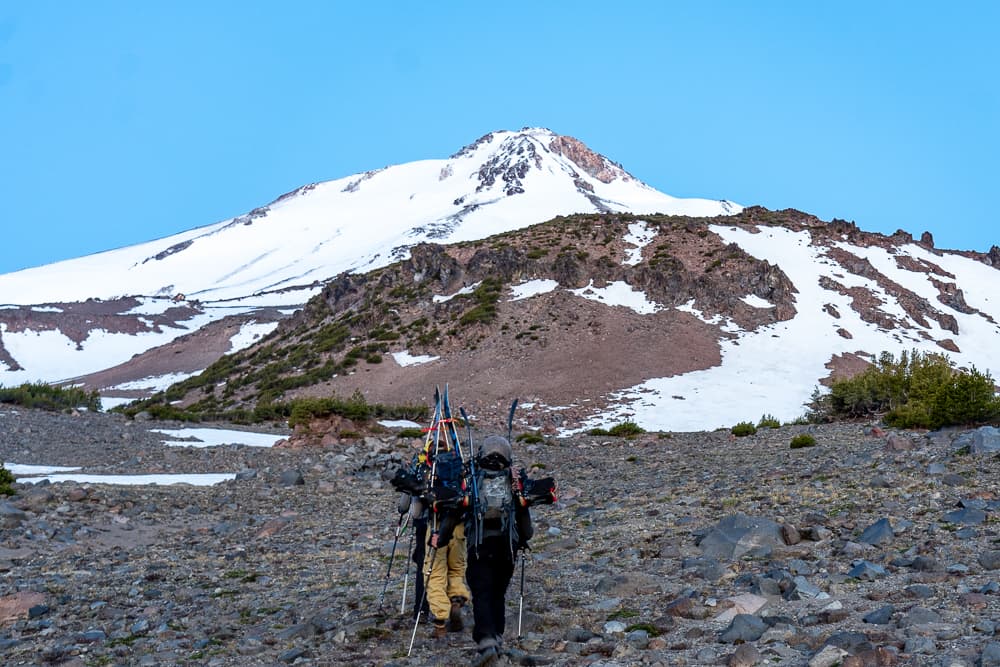 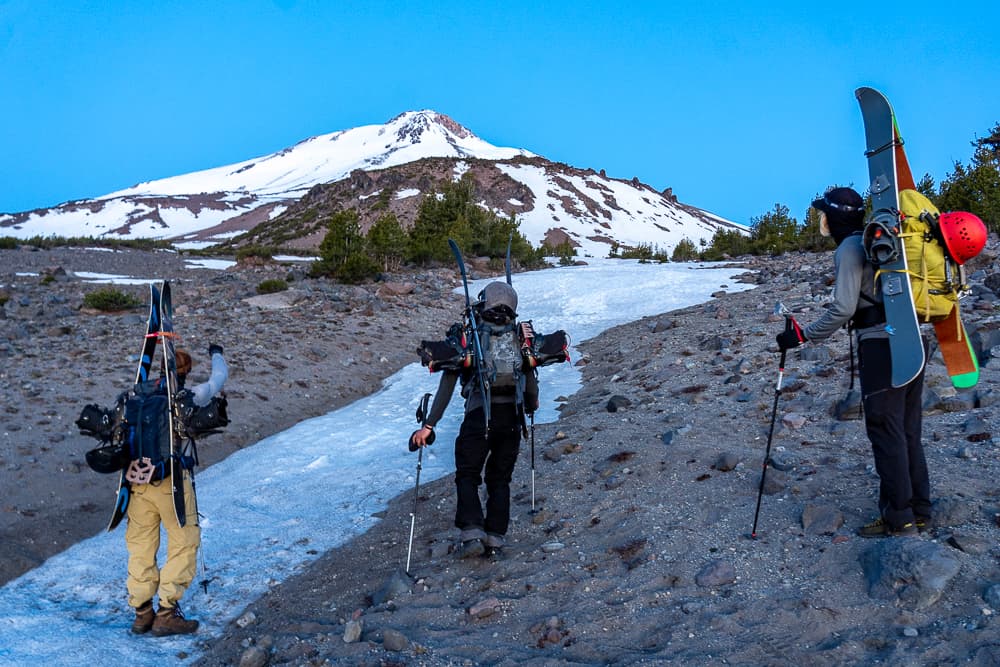 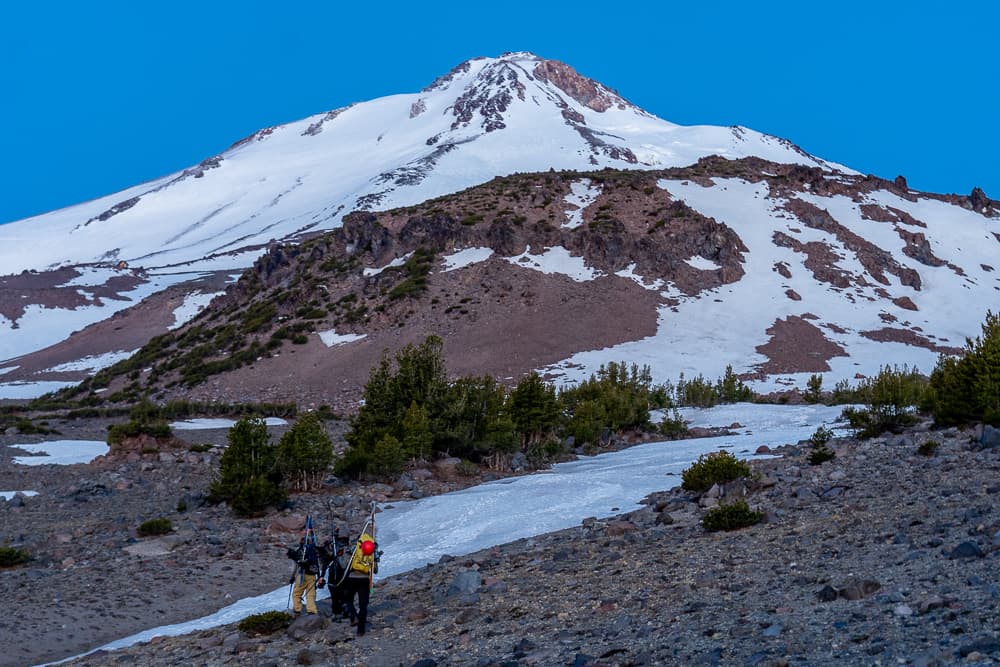 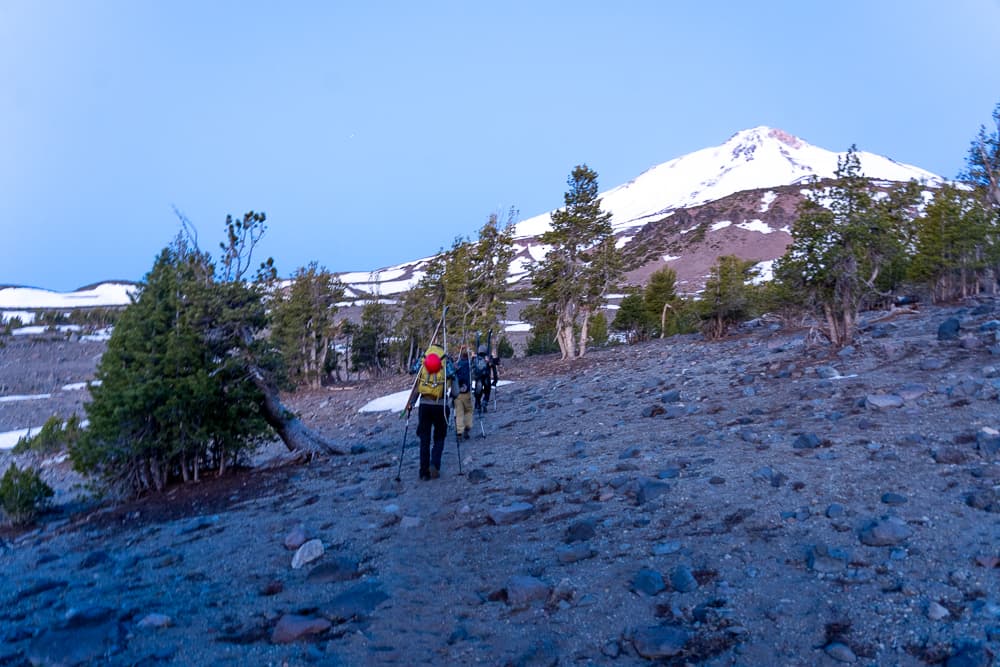 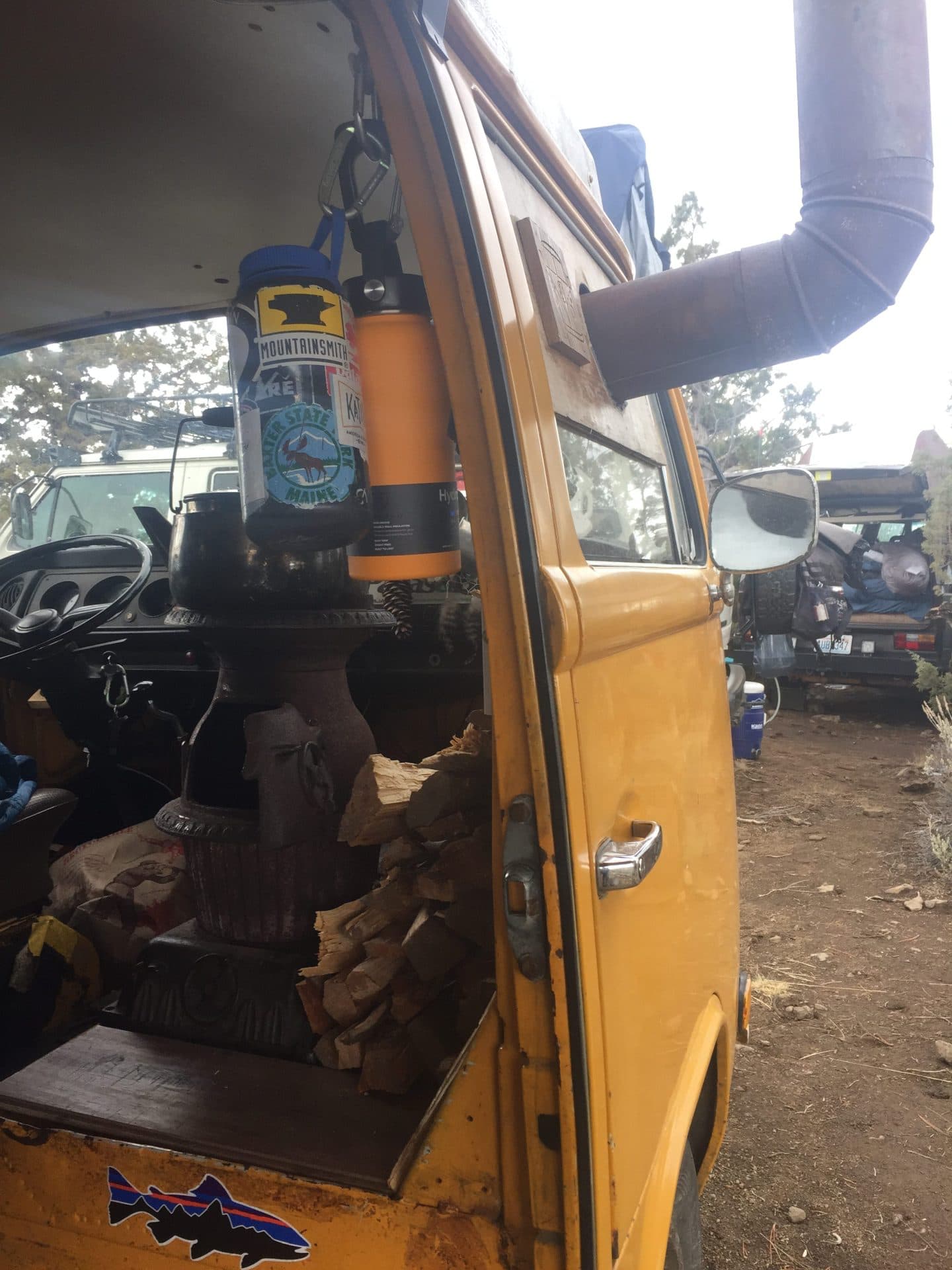