It was a wet and wild week in the north state; rain poured, snow raged and accumulated in impressive amounts. We received 8-10″ of rain and likely over 10′ of new snow above 7,000′ on Mt. Shasta. When I sunk my 8′ snow probe into the pack I was not able to reach the old layer at 9,000′. 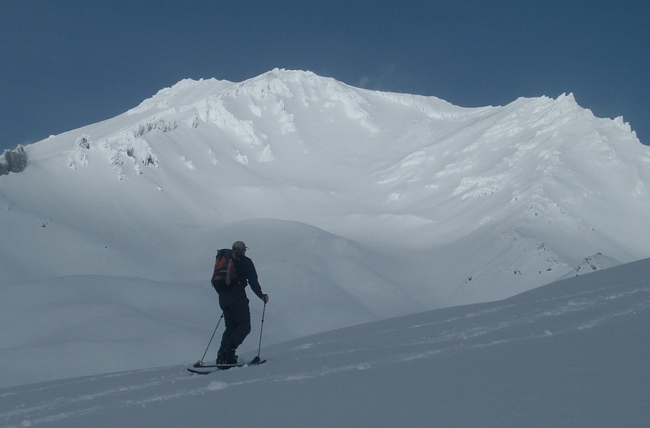 Currently we’re measuring 175″ at 7,600′; that’s almost 15 FEET of snow on lower Mt. Shasta!  Yes, the spring and summer will be spectacular! Snow levels jumped around but generally were above 5,000′ for much of the storm cycles. The weather station reported periods of snowfall of 3″ per hour which is intense snow accumulation.

This is what skiing looked like during the storm Saturday when every turn on the 8,000′ Gray Butte produced blinding face shots. The Swedes drove 2,000 miles on a powder pilgrimage and scored on Mt. Shasta. Thanks Joakim for the video and stoke, great to ski with you all!

It’s easy to be excited as climbers and skiers but in the bigger picture we are truly grateful. Shasta Lake, just down the road from us and California’s largest reservoir reached 79 percent capacity — and 108 percent of its historic average — on Monday. With a couple more storms and a healthy spring runoff it may actually be full as we approach summer, something that hasn’t happened in 4 years and a big thumbs up for the fish, farmers, and fire fighters. 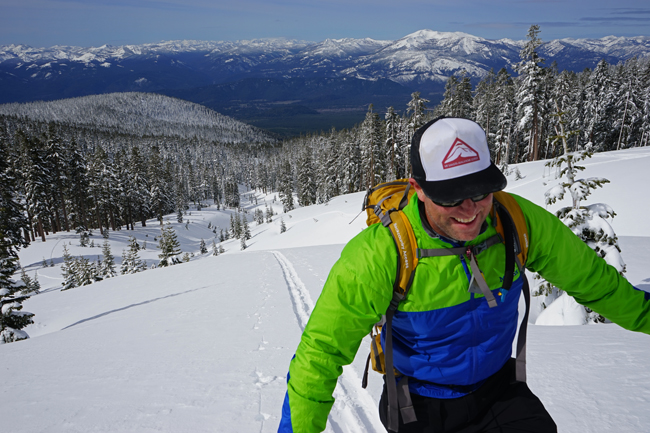 The latest series of storms has cleared and the mountain started to poke out from behind the curtains of clouds. Amazingly, the snow consolidated and we enjoyed excellent ski conditions up to about 9,000′ before wind and poor visibility sent us back down to the trees. It looks like today (3/15) will be the first clear weather and mild temps before the next wave of precipitation approachs this weekend. Blue skies and mild temps on tap for the rest of the week.

As always check the Mt. Shasta Avalanche Advisory and get ready for a prolonged ski season on Mt. Shasta!