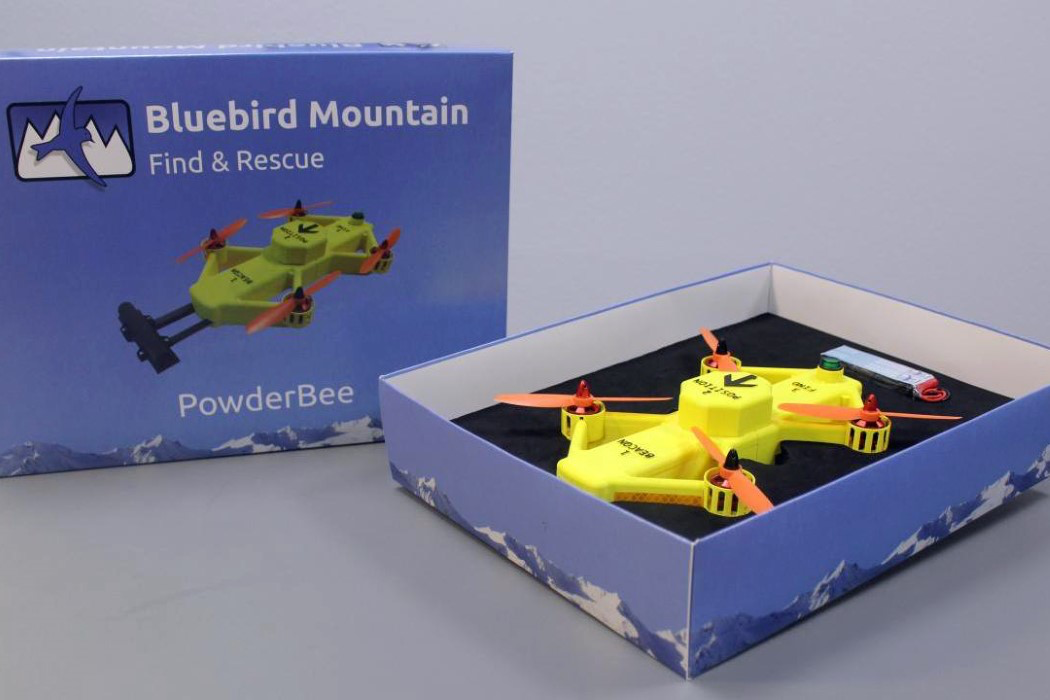 Bluebird Mountain has created a working prototype called the PowderBee, which is an avalanche rescue drone. The drone has been made to fit inside your pack and is used alongside typical avalanche rescue procedures and equipment. When the PowderBee is needed, simply extend the antenna, point towards the avalanche zone and push one button and the drone is off searching. The drone searches for beacons of those buried by staying close to the snow and using the typical search pattern. Since the PowderBee is fully automated, when it detects a beacon signal it will land within five meters. 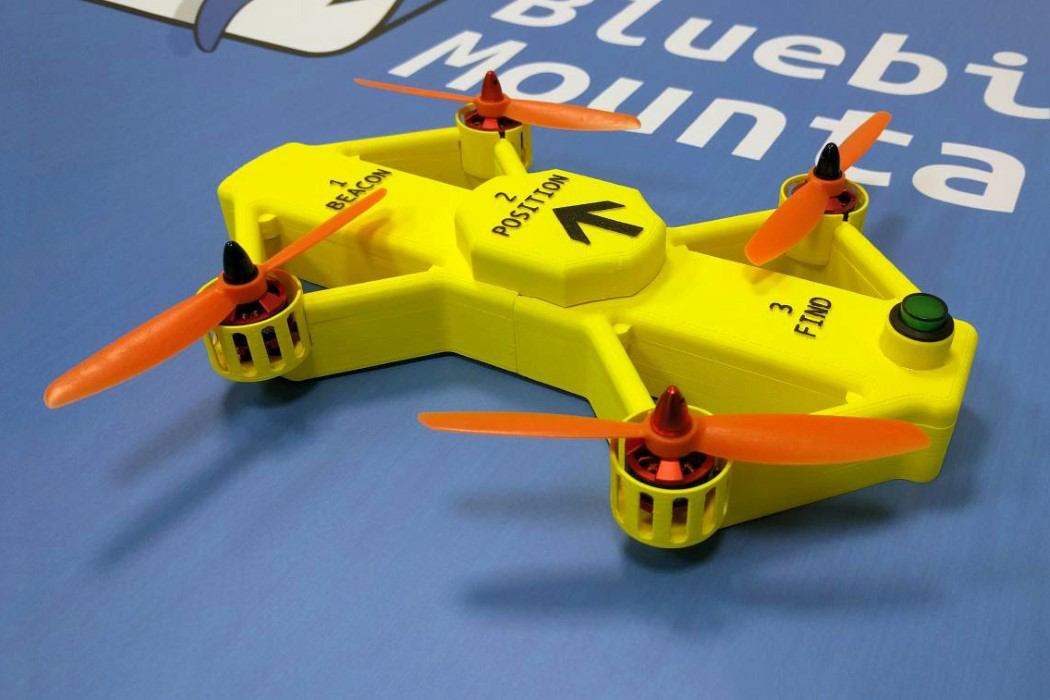 Although the PowderBee is a working prototype it still hasn’t reached the market. Bluebird Mountain is currently still trying to find an investor and making final design improvements. The current drone is only suited for low angle or flat terrain and has no object detecting sensors, yet has been tested in high winds and even 100 mph gusts. Although only working on flatter, above treeline terrain the company is guaranteeing its product in those conditions. The PowderBee was invented to help speed up the part of the rescue that is the most critical. With more time Bluebird Mountain and future companies will develop this technology further to be used in more advanced terrain. 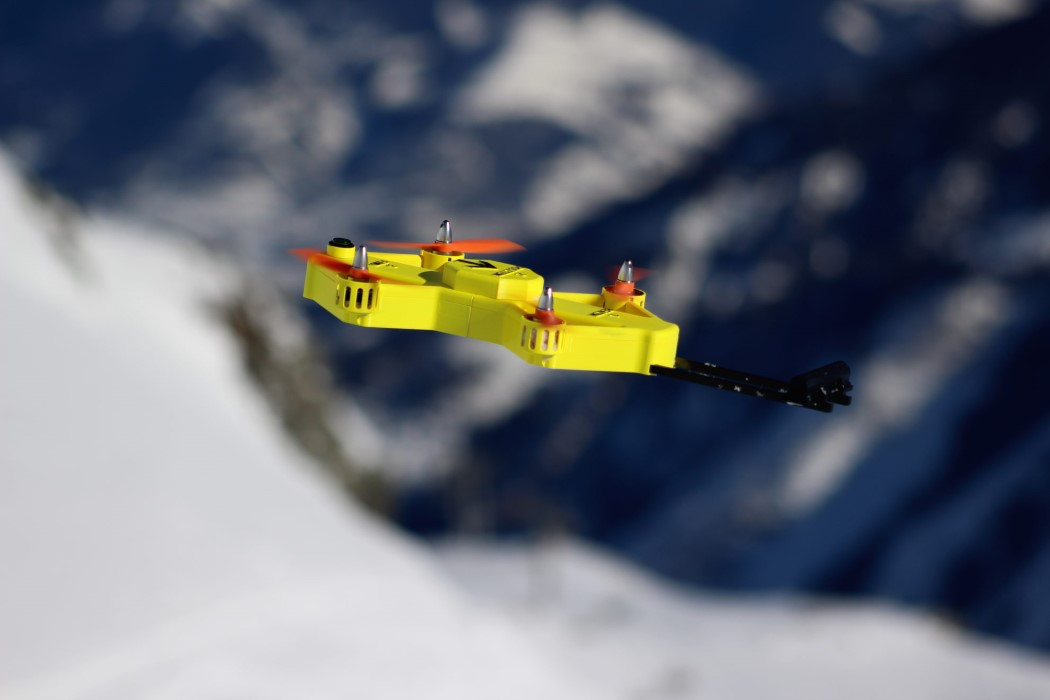