On Sunday, we met up with a group of 60 happy humans to hike & ski 2 epic chutes in California’s Sierra Nevada mountains.

This is an annual tradition that we’d done once before back in 2016, but when we did it back then, it was an absolute white-out, and ever since we’ve wanted to come back and see what this tour actually looks like.

We all started out around 9am in sneakers crunching over hot, dusty dirt, rocks, and lizards.

It was all rock for the first hour or more.

Once we finally got to snow it was only a patch so most of us continued on in shoes and booted right up it.

Back on rock, we ascended a peak, staggered down its stoney backside, then up more rock to the true summit at over 12,000′.

I was a complete kook and thought the 1st summit was the true summit.

I took a big break, drank water, ate food, told jokes, pet dogs, and even had a beer…

That beer felt gurgly, fizzy, and wrong as I labored up the true peak minutes later.

From that true peak, a beautiful couloir snakes down the mountain’s face and dumps onto an alpine plateau.

The lower chute was sticky, roller-balled, and challenging.

2,000-vertical-feet of skiing was in the books.

But there was more.

We slogged across the plateau with its ups and downs to the final climb of 1,500′.

I dragged myself up the last pitch and felt relieved at the top.

I didn’t realize exactly what I was getting myself into:

The couloir seemed to go on forever…

This might be the only chute I’ve ever skied that is truly 2,5000-vertical-feet.

I was a bit concerned that the conditions were going to be trash in the chute after the new snow last week and cold temps but I’d forgotten about how many people were going to ski it before me.

By the time we dropped in, dozens of people had already skied the endless chute and scraped all the bad, gooey snow off the run making it corny, fun, and extremely shreddable top to bottom!

I was mentally stoked and physically worked.

I skied it as well as I could but had to stop thrice due to utter exhaustion.

At the bottom, the apron of the chute got sporty with mini creek crossings, a bit of dirt skiing, and finally full-on bushwhacking.

Our buddy Mike, who’d I’d skied with in Alaska in April, had just done this link-up 2 weeks prior and had a secret passageway through the bush.

We followed and he nailed it.

If you went left, it was a mini bushwhack to open sagebrush to game trail to rock-hopping creek crossing.

If you went right, it was an 8-out-of-10 bushwhack that lasted up to an hour…

As soon as I hit the dirt road, I dropped trou, slapped on my flip-flops, and threw it into cruise control.

The short road back to the cars felt inappropriately long… but we made it.

Walking into the parking lot was like finishing a race with people everywhere passing along good vibes, food, water, beers, and cheer.

We collapsed onto our bags, laid back, and waited for the rest of our crew.

I was exhausted and not hiding it.

Most of the people at the after-party seemed completely fine as if that 8-mile, 3,500-vertical-foot tour was a stroll in the park.

After an hour of lounging in the dirt, our remaining crewmembers showed up and we headed back to town for food, drinks, laughs, and a damn-near full moon. 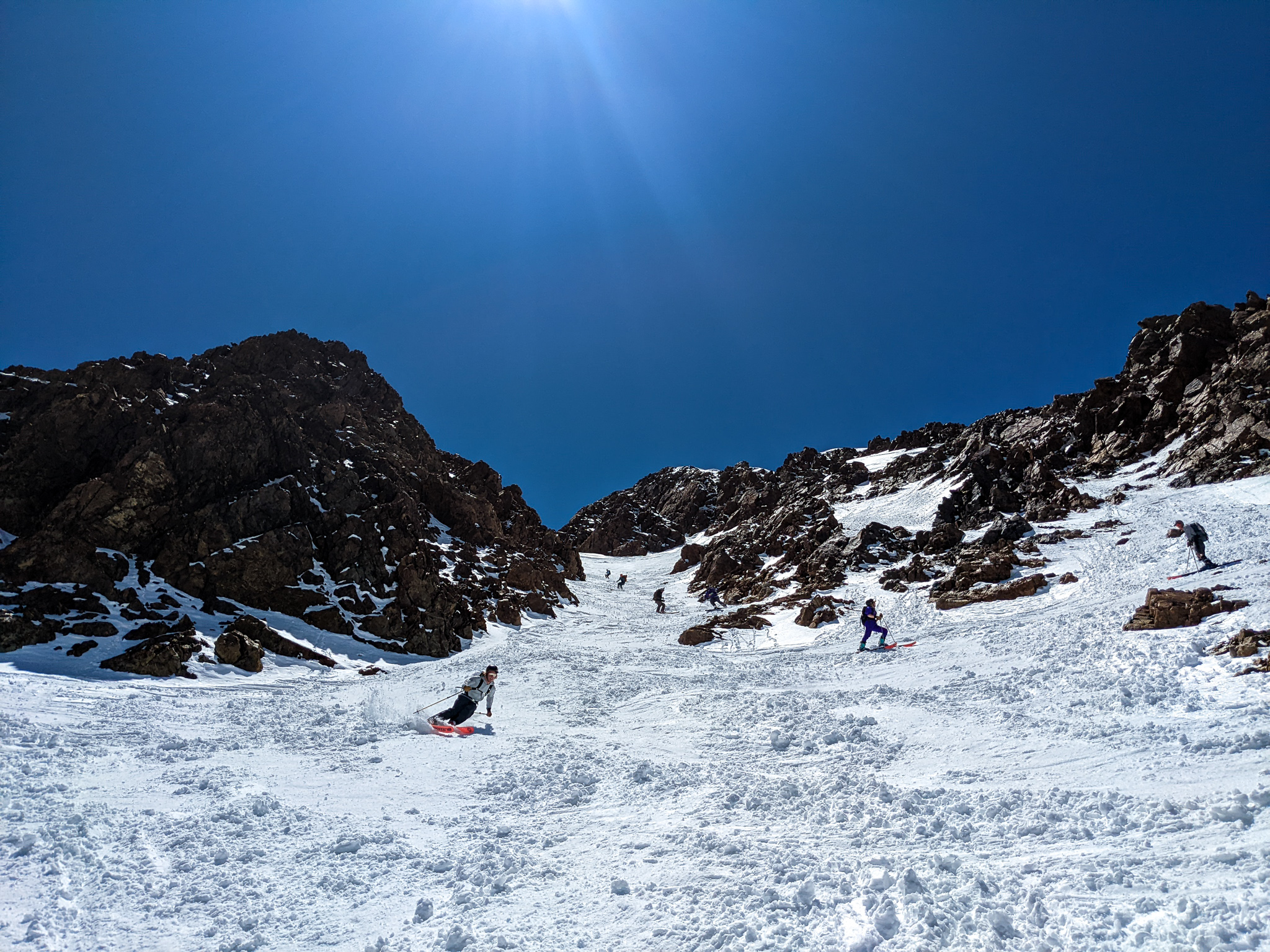 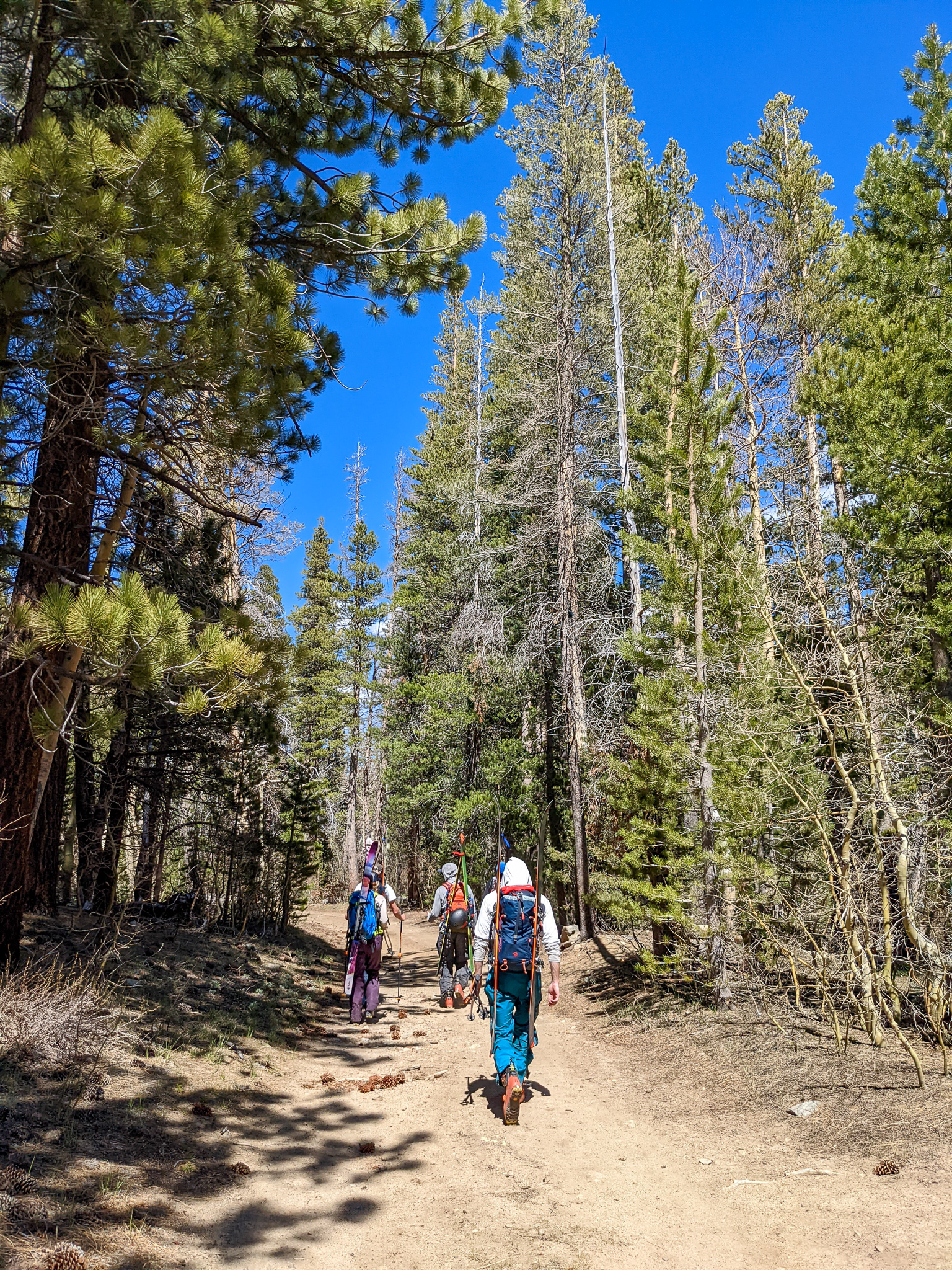