With an already particularly rough season behind us, the snowpack in the Sierra Nevada mountain range throughout California has now seen the biggest overall decrease in its size for the first three weeks in April in history. The Central Sierra snowpack, which was only 63% of average during its highest on April 1st, has now seen a decline to 37% average in three weeks.

Scientists point towards above-average temperatures in April, which saw an overall increase of 4ºF. Although that increase may seem small, it is significant when looking at the rate of how fast the Sierra snowpack is melting. 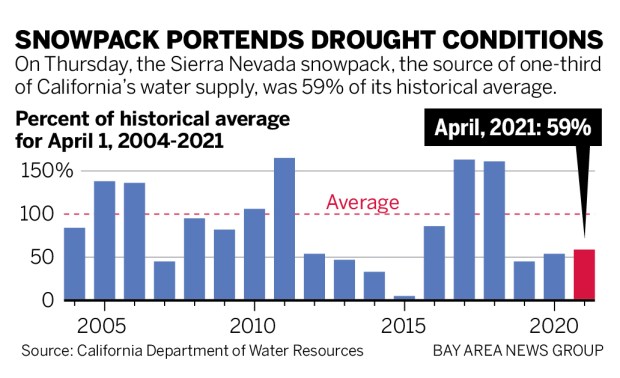 Even outside of the Sierra, California is experiencing below-average precipitation. For example, San Francisco has just experienced its fourth driest rainy season on record, receiving less than nine inches of rain.

“Oftentimes we overstate the word historic, but this is indeed a historic moment, certainly historic for this particular lake, Mendocino.”

Governor Newsom, who was referring to Lake Mendocino, was referencing how already this year the lake is at forty percent of its normal capacity, a startling representation of what is yet to come in California.

Most Californians rely on the snowpack of the Sierra for most of their water supply. When there is a bad snow year, it eventually translates into a drought year. A year ago, less than five percent of California was in extreme drought conditions. Today, over half of the state is experiencing that.

With drought comes fires, and although California has just experienced its worst forest fire season in history, this coming season will not be good either. It is hard to predict how bad the coming forest fire season will be, but drought is one of the most significant factors contributing to large-scale fires.

From here on out, the severity will only get worse, and it is likely that through this summer into next winter, water consumption restrictions will need to be put in place as officials attempt to save as much water as possible. 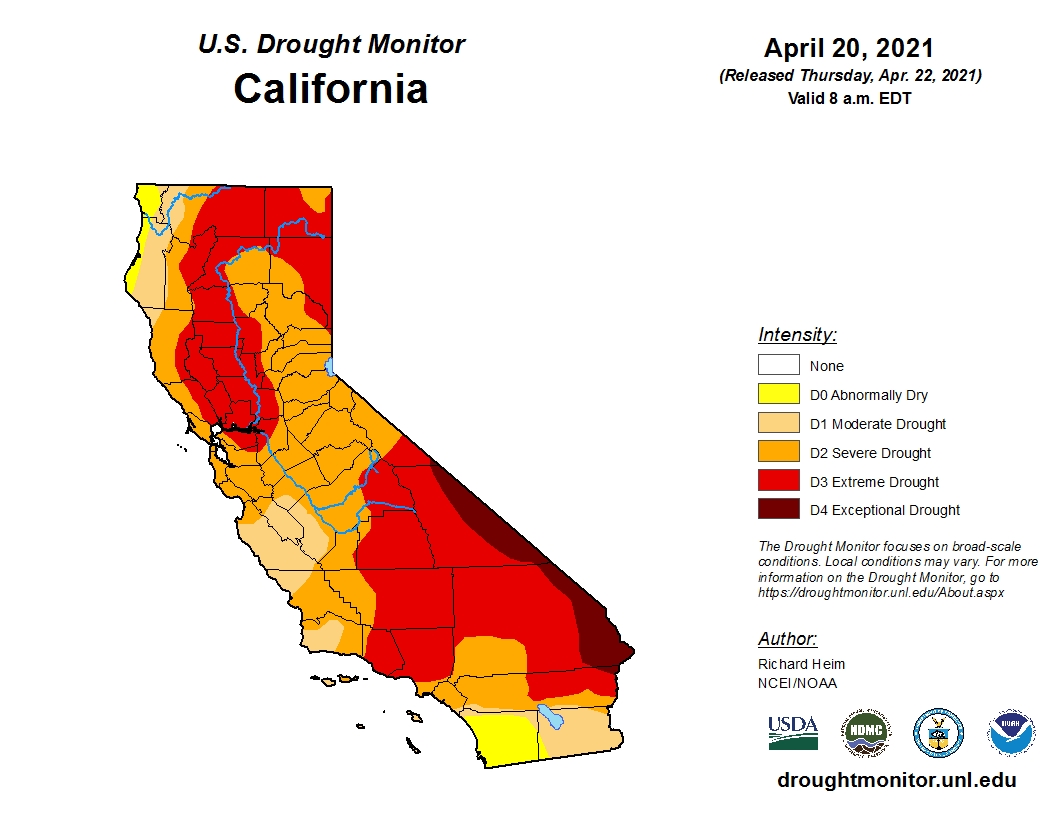