The conservation group Sierra Watch has just released a statement claiming that the gondola Squaw/Alpine has proposed to connect the two resorts would cross into protected public lands in the Granite Chief wilderness.  It appears that as much as 25% of the proposed gondola would cross public lands.

To learn more, please read the detailed press release below.

Famed for its soaring granite peaks, remote glacial valleys, and lush mountain meadows, Granite Chief was enshrined as wilderness by an act of Congress and signed into law by President Ronald Reagan in 1984. 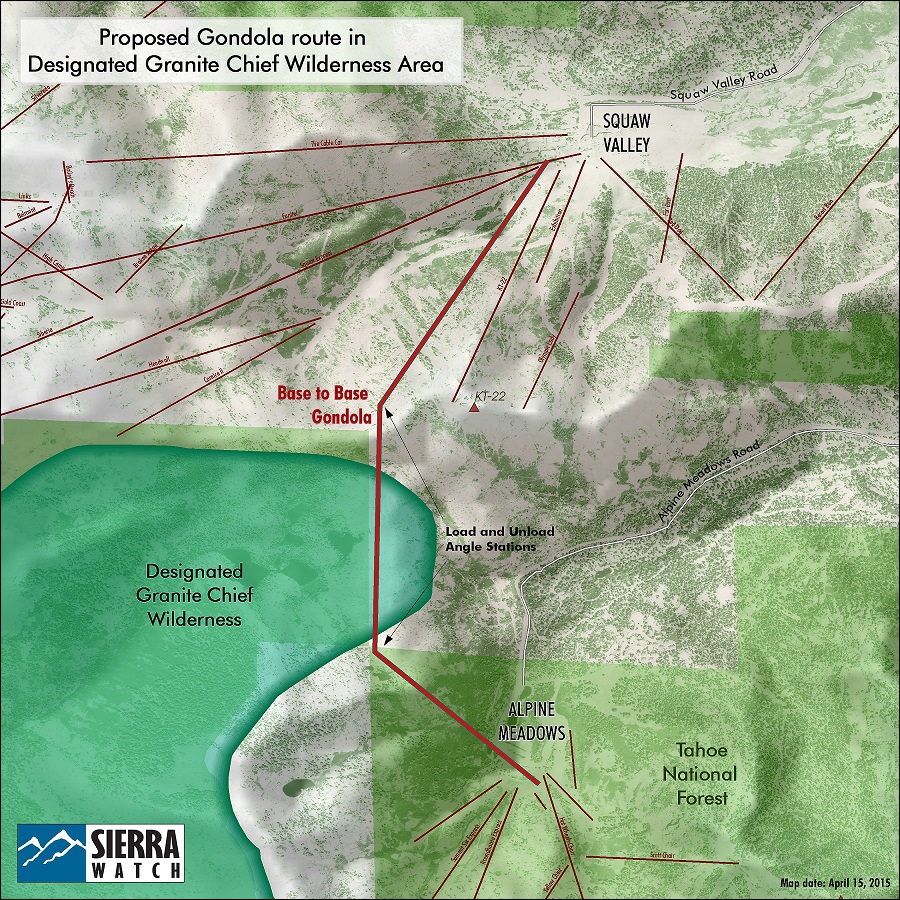 “KSL’s proposal is another example of a clear disregard for the irreplaceable natural values of the Tahoe Sierra,” said Isaac Silverman, Staff Attorney of the conservation non-profit Sierra Watch.  “Granite Chief Wilderness was dedicated by an act of Congress to be protected for all Americans, not as a place for private development.”

They’ve since filed an application for development entitlements that would transform Tahoe with development of a size, scale and scope the region has never seen, including a series of ten-story tall high rises and an indoor water park.  And, as of Monday, they’ve proposed a connection between their ski resorts.

The new gondola, announced with great fanfare, would run 2 1/2 miles from Squaw Valley to Alpine Meadows, over the intervening White Wolf property − and through land designated by Congress for protection since 1984 as the Granite Chief Wilderness Area.

Its route, illustrated in designs prepared by resort developer SE Group, would run from the Village at Squaw Valley to a point on the ridge northwest of the famed KT-22 lift.

From there it would head south across the congressionally designated Granite Chief Wilderness Area, with lift stations for offloading, on its way to publicly owned United States Forest Service property at the base of Alpine Meadows ski area.

When President Lyndon B. Johnson signed the Wilderness Act into law on Sept. 3, 1964, it marked perhaps the single greatest achievement in the history of conservation in America. The language of the law included some of the most profound text ever approved by Congress, recognizing the value of wilderness as “an area where the earth and its community of life are untrammeled by man, where man himself is a visitor who does not remain.” Johnson signed the bill into law “for all who love the great American outdoors” as “a faithful trust to the conservation of our natural resources and beauty” to ensure that “future generations are to remember us with gratitude rather than contempt.”

When Granite Chief Wilderness Area was added to the national wilderness system, a third of the area was private land.  Private ownership of land in federally designated Wilderness Areas is a complicated legacy of the generous railroad land grant programs during the 1860s that created checkerboard ownership patterns throughout the Sierra.

Congress sought to address this problem by authorizing the Secretary of Agriculture to purchase private lands within Wilderness Area boundaries from willing sellers.  The bulk of the privately owned land in the Granite Chief Wilderness was acquired by the Forest Service from Sierra Pacific Land Company in 1991, but some of the area, including the land proposed for ski development, remains in private hands.

Although the land is privately owned and is currently exempt from some of the strongest protections afforded by the Wilderness Act, its inclusion within the Granite Chief Wilderness Area boundary reflects congressional recognition that this land is special and should be protected from development.

“The Granite Chief Wilderness is one of those rare places that we, as a nation, have decided should be protected for future generations, unmolested by man’s modifications.” said Silverman. “A gondola connection isn’t necessarily a bad idea.  But a gondola in a designated Wilderness Area?  That’s offensive.”

KSL’s proposals for the water park and highrise condo hotels is moving through the early stages of the public planning process.  Placer County, which maintains land use decision making authority over Squaw Valley, is expected to release a Draft Environmental Impact Report for that portion of the project within the month.

“Developing ski facilities in a designated Wilderness Area makes about as much sense as a massive indoor water park fifteen minutes from Lake Tahoe,” said Tom Mooers, Executive Director of Sierra Watch.  “We’re committed to securing a better legacy − so generations to come remember us, as President Johnson said more than 50 years ago, ‘with gratitude rather than contempt’.”

Our friends at UnofficialAlpine.com contacted Sierra Watch and able to acquire the maps below that show how Sierra Watch came to the conclusion that the proposed Squaw/Alpine gondola would cross a ‘bump’ of the protected Granite Chief Wilderness. 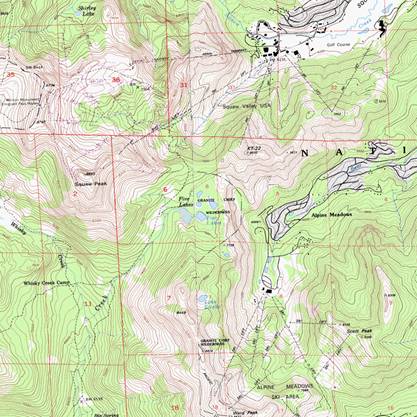 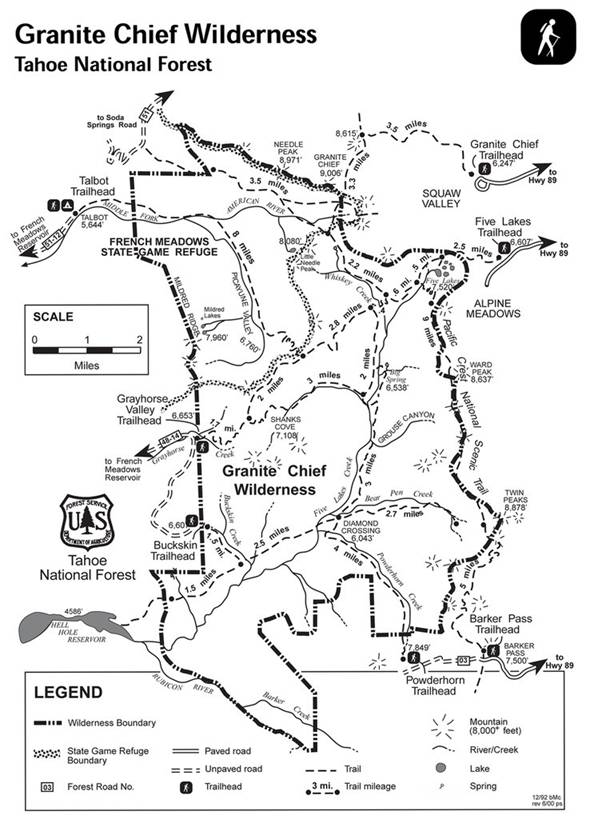