A snowstorm is heading for the western United States with the potential to drop significant amounts of snow on higher elevation areas.

Colorado, Utah, Wyoming, Idaho, Montana, Washington, and Oregon can all expect to see snowfall Sunday through Monday. California will see some welcome rainfall, which could turn to snow at higher elevations.

Temperatures will continue to be unseasonably high throughout this week, Salt Lake City may even see record highs today and Denver record-highs tomorrow, but will start to drop as the weekend approaches.

Looking at the forecast model above, areas of northern Colorado and northwestern Wyoming could see snowfall accumulations into double figures.

However, there is a lot of uncertainty surrounding this storm, so it’s difficult to nail down specifics right now. We’ll keep you updated as the week progresses and we can be more exact.

Whatever happens though, it will get cold, and it will snow. Last year, Arapahoe Basin won the #RaceToOpen, spinning their lifts on 11th October. Could we see a repeat this year? 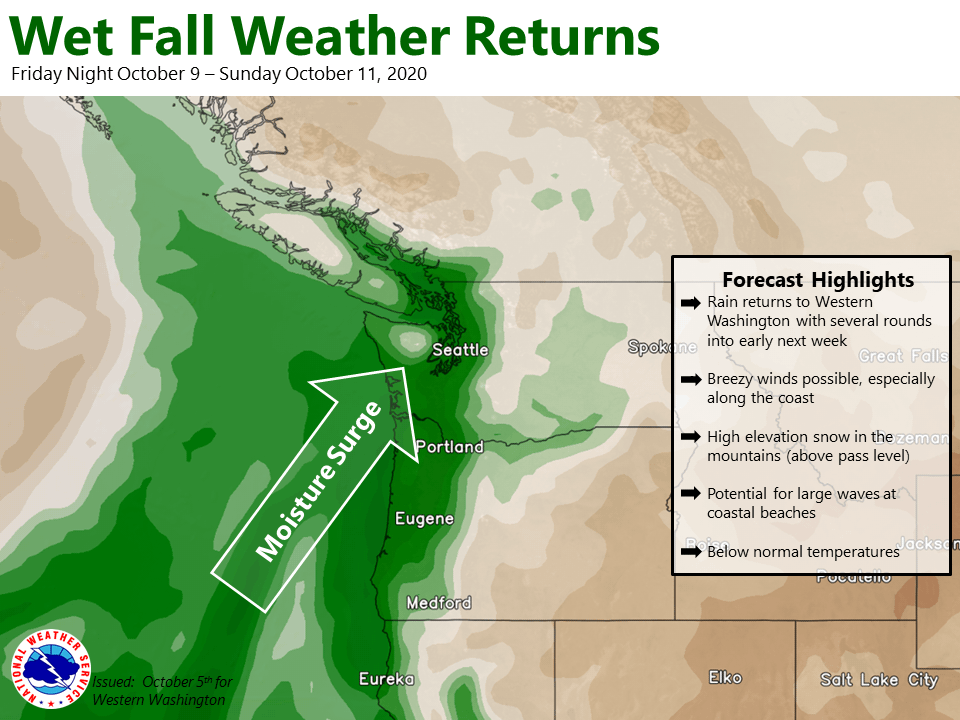