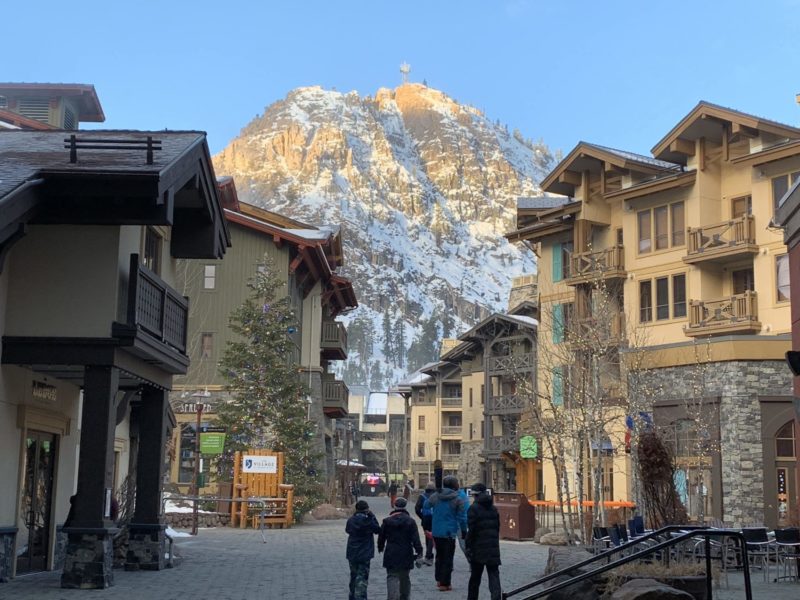 Early season conditions have been great at Squaw Alpine .

Squaw is at exactly 100% of average snowpack for today’s date according to the NRCS.

Upper mountain picked up 10-11 inches and 4-6 inches at the base from the storm set that rolled though last weekend and over the holiday! There were 48-hour totals of 13 inches on top! Needless to say, the season has begun with a bang and the base snow is the best I have seen in several years. The temperatures have remained fairly cold, keeping the snow soft and playful on the northern-oriented faces. Mother Nature has begun to fill in some of Squaw’s famous terrain and the New Year looks bright.

I started my day on KT22, stoked to see there was no line! As the lift headed up toward the Fingers, you can see the recent storms filled in much of the cheese grader rock, which will set the tone for later storm sets and epic riding conditions. 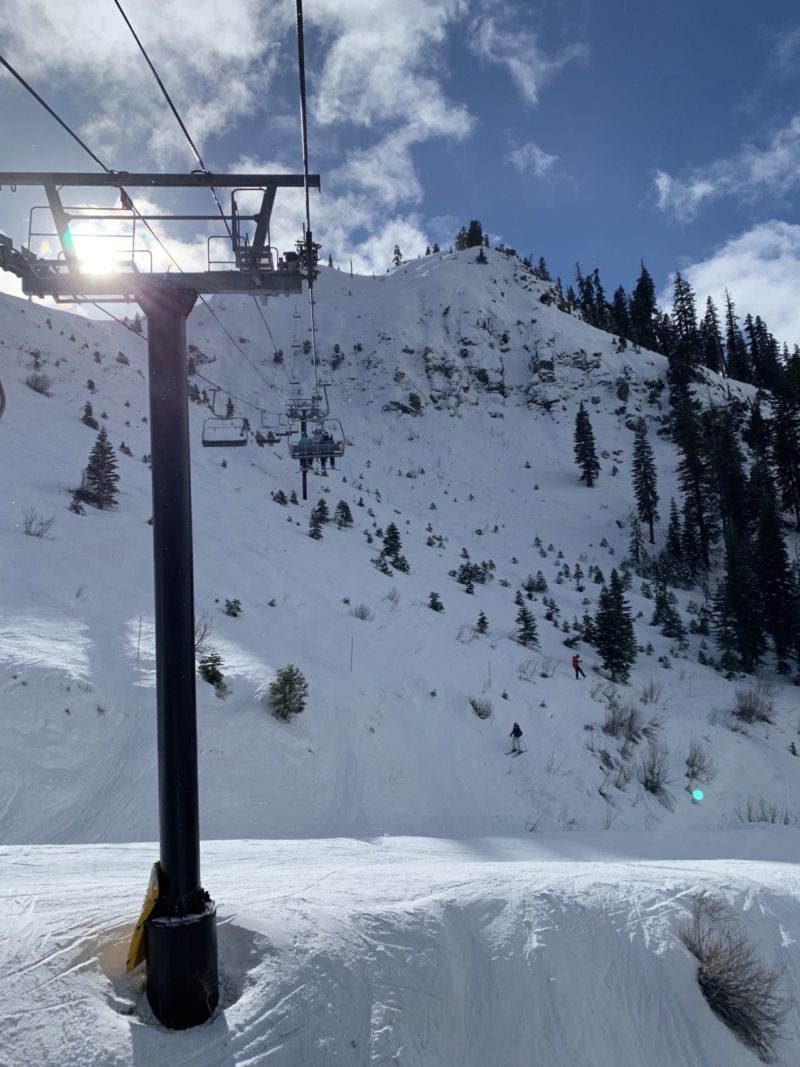 The coverage got significantly better the higher you went up KT. 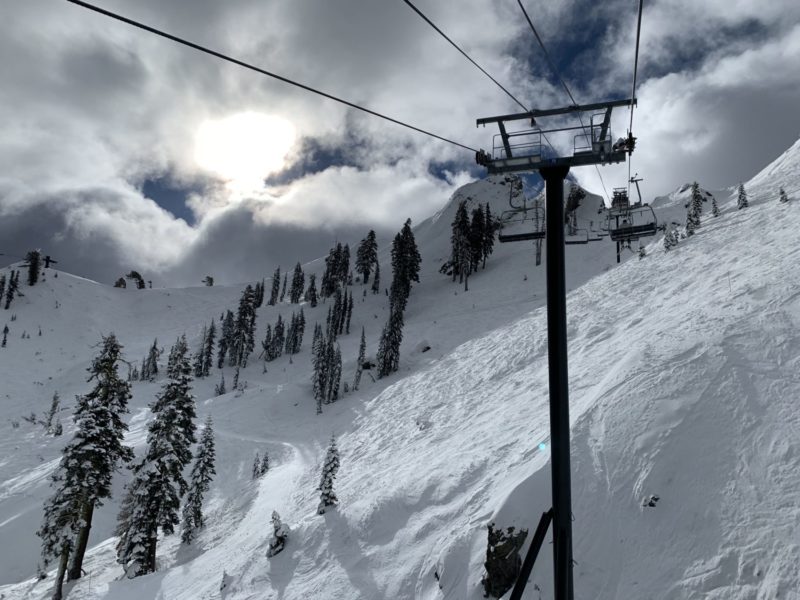 Eagle’s Nest aka McConkey’s stands majestically at the top of the Mothership, showing off the snow it had recently received. One of Squaw Valley’s (and North America) most difficult and iconic in-bound lines, it boasts a 68 degree slope of very unforgiving rock. Even on this steep face, the early season storms have made their presence felt. Tyler Curle, a local young gun, when asked about it said, “It [Eagle’s Nest] is looking tempting to those that are eager to set first tracks down it. Wet snow is comforting to have on that rocky face… With some more storms it will most likely be a go.” Tyler should know, he got first rip on it last year — and to the knowledge of this reporter — was the only person to ride away clean all last season. 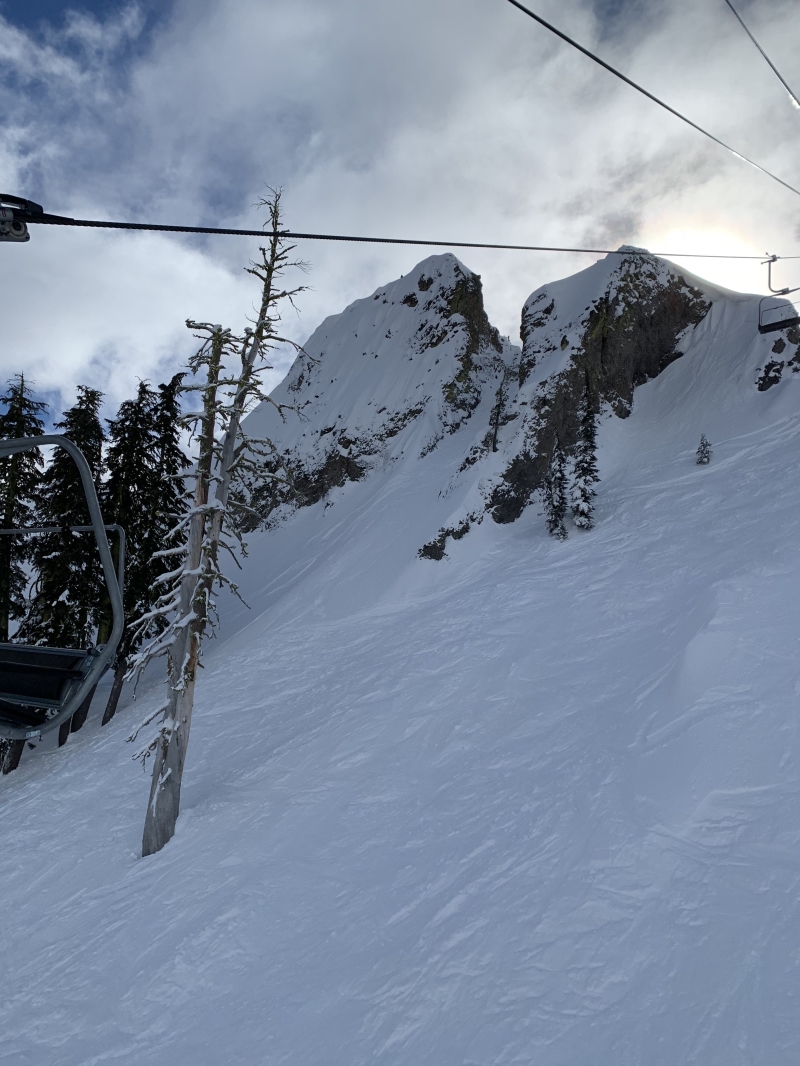 Snow gripping the face of the Nest. image: Jared Dalen

To my surprise, even after the holiday storm, there were plenty of fresh landings to be had and pockets of pow to be slashed all over KT. It was nice to lay some good turns, confident in the strong base layer and pumped for the season to come.

After a few laps, I decided to head over to the backside of KT22 toward Enchanted Forest and found even deeper snow. Considering that we are in low tide conditions, the snow was fun and the terrain is playful. Certainly needs a few more storms to charge in, but the stage is definitely set. 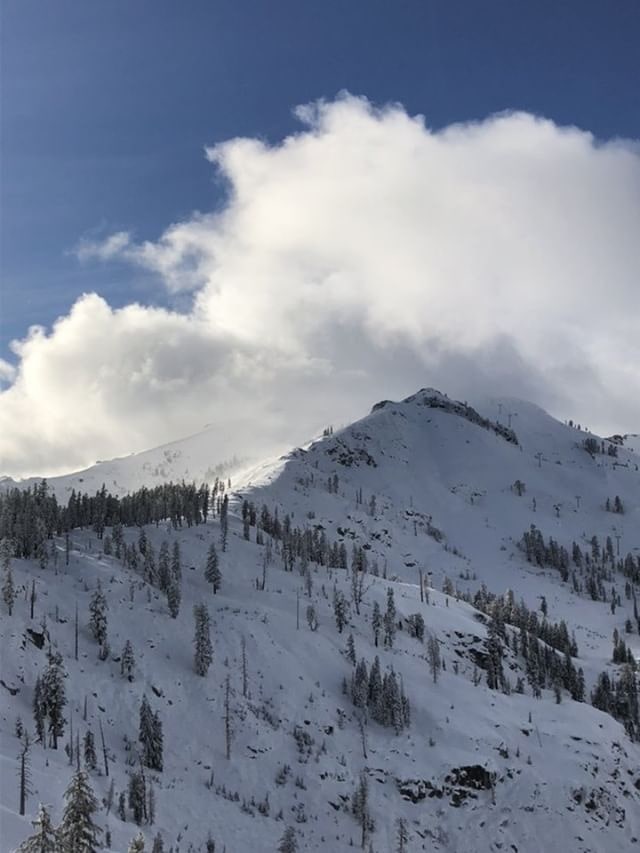 After a recon lap, I made my way to Headwall to find another empty lift line! C2 and Light Towers looked fun as I strolled up the lift, looking at all the fun terrain and potential lines. C2 was still really good, I ended up spinning a couple laps and finding some fun little airs into wintery powder snow. 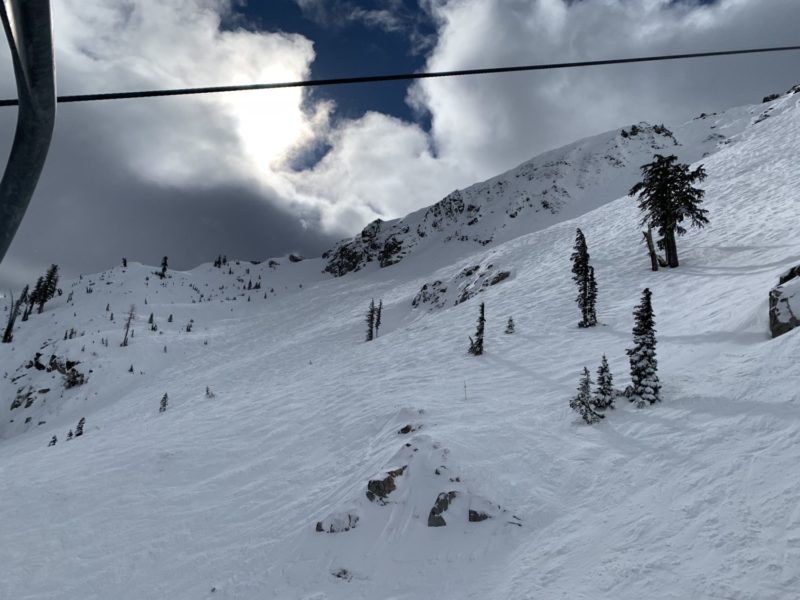 The Palisades starting to get filled in and have been partially opened already this season. 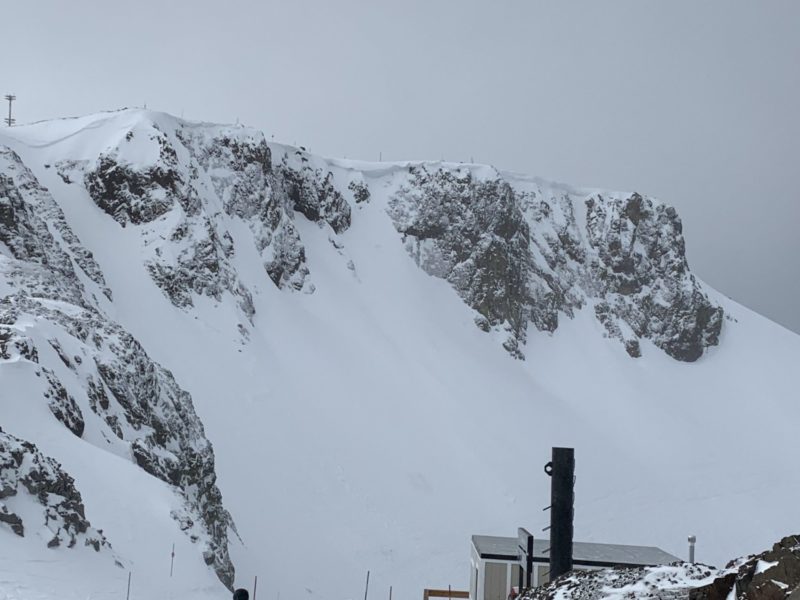 Mainline Pocket opened earlier this year to the joy of may locals. Granite Chief has also began to spin as we head into 2019. 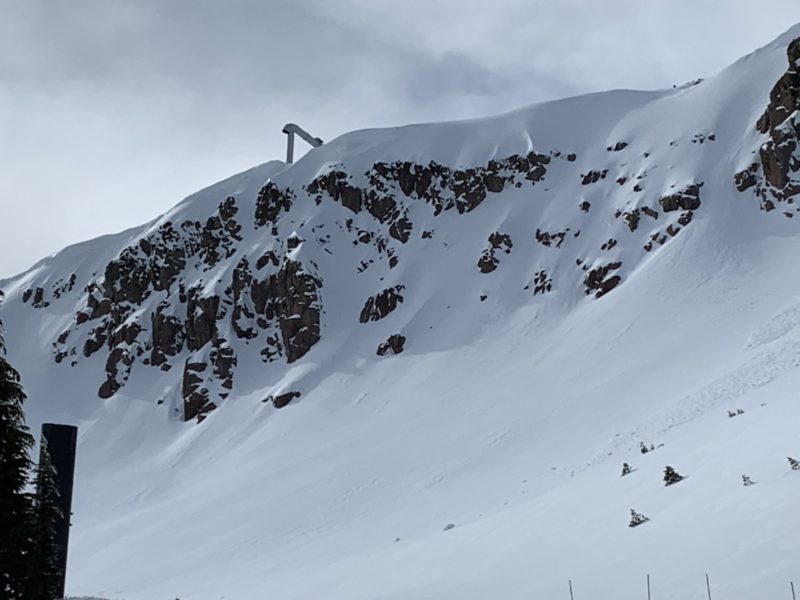 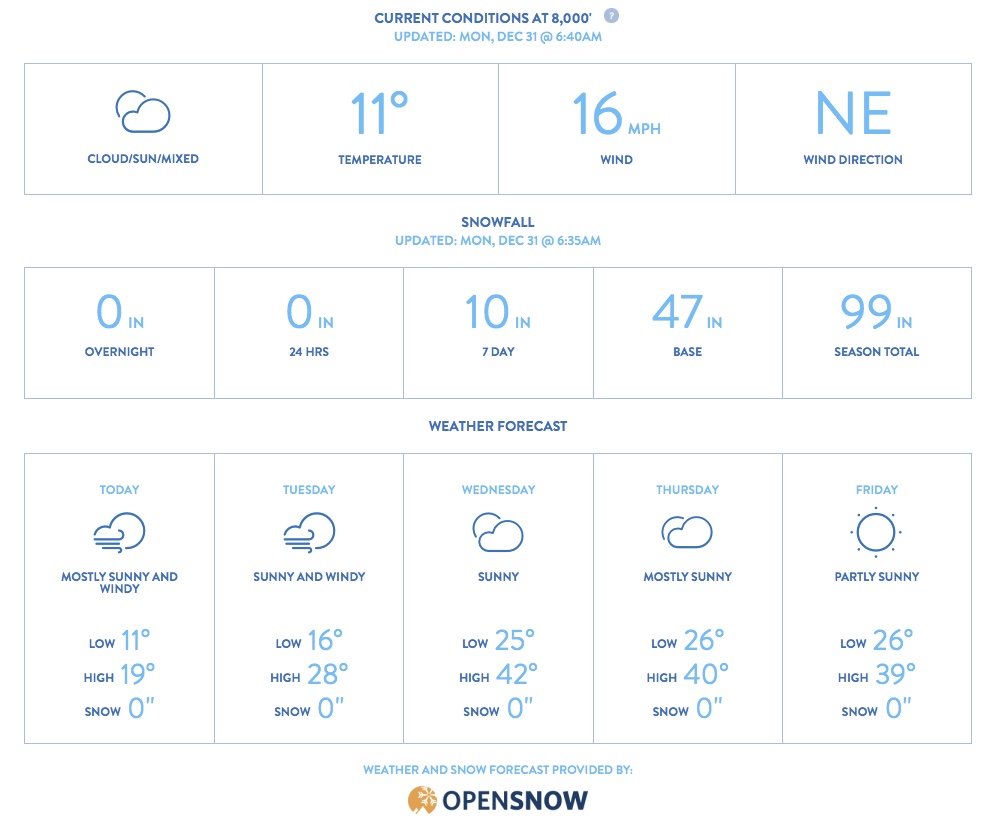