Brought to you by Squaw Valley Alpine Meadows

Today was an unforgettable experience at Squaw Valley, CA.

We parked a little before 8 a.m. and headed right for KT-22 Express.

Nearly everyone had their eyes on The Fingers as Ski Patrol prepared to open the mountain.

Then those first in line gave everyone a show, while the skiers and riders in line cheered them on.

There were cliff hucks, big crashes, cheers, and definitely some exclamations of: “Where the hell is he going!?!”

The snow that had fallen overnight was light and dry and the temperatures were cold in the morning. It was hero snow that made you feel like you could do anything. Early morning turns were effortless.

The snow was deep, nearly bottomless and people were hooting and hollering all day.

Almost 80″ of snow has reportedly fallen at Squaw Valley in the last week.

Today was clearly the best day of the season for me and it sounded like a lot of people felt the same way. A few singles who had never ridden up KT before joined us on the chairlift and they were simply blown away by the terrain.

After lapping KT, we were lucky enough to get in line on Olympic Lady right as it opened.

It was steep and deep whether you were on the main runs or in the trees.

The sun came out and brightened things up shortly after the mountain opened. 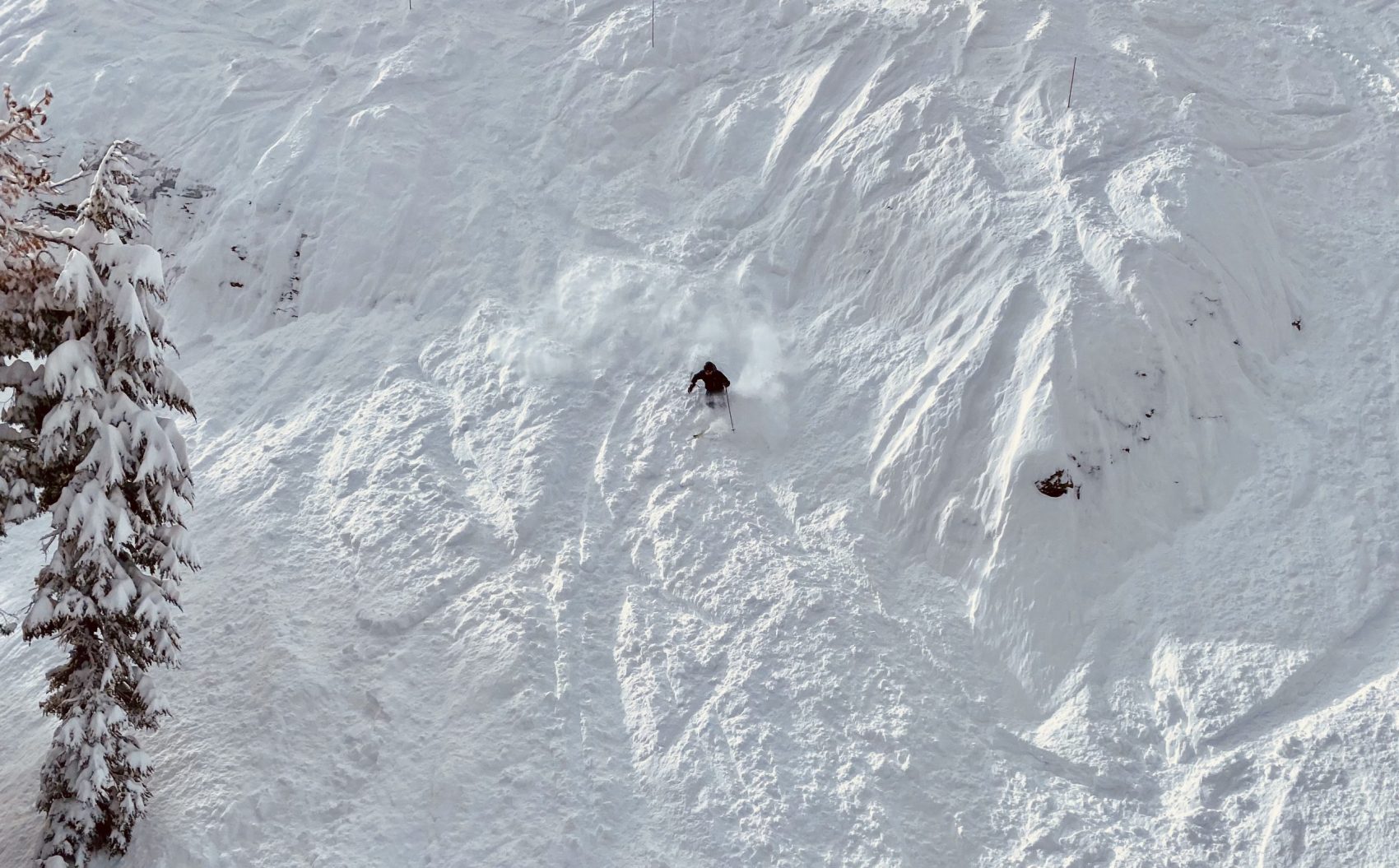 Skier in the deep snow below Olympic Lady. Photo: GC

But it was the storm that kept on giving…

It snowed off and on all day including an intense burst of snowfall around 2pm.

As of this writing, Squaw Valley is reporting 7″ of snow has fallen since the lift closed (see below). It is going to be an epic weekend in the Sierra.

The upper mountain opened a little after 12pm and it was deep and mostly untracked. It was much colder on the higher peaks and the stiff wind kept the snow in great shape.

The Funitel, Siberia, Gold Coast, Shirley Lake Express, Solitude, and Gold Coast were open so it was a skier’s and rider’s paradise in the afternoon. More terrain is on tap for tomorrow.

In the afternoon, we took some runs near Tower 16/Broken Arrow and it was absolutely unreal. There were some obstacles to watch out for on South-facing runs but every run we took was fantastic. Ride with a buddy because it is deep out there.

Patrol did an incredible job getting things open and their first tracks were well deserved.

Thank them when you see them this weekend because they have done an amazing job opening some complex terrain after nearly 80 inches of snow in 7 days. Apparently, there is some light snow in the forecast this weekend with potentially a bigger storm arriving on Monday.

I was waiting for this day all week while sitting at my warm desk, watching the forecast and snow pile up.

This is what we have all been waiting for and there looks to be more on the way.