As the weather turns warmer and more people begin recreating in the mountains, it is critical that they are aware of the leading cause of death in high altitude environments: High Altitude Pulmonary Edema (HAPE). HAPE is a non-cardiogenic accumulation of fluid in the lungs and typically affects people at an altitude greater than 2,500 meters. Being able to tell the difference between normal fatigue and HAPE is critical and could save your life.

How to determine that you have HAPE? Although HAPE is often diagnosed as pneumonia, there are some key differences to pay attention to. Someone who is suffering from HAPE will have difficulty filling their lungs with oxygen, due to the excessive fluid buildup and as a result, will experience the following symptoms:

If any of these symptoms are present and continuing to intensify, it is critical that the affected person descends to a lower elevation as quickly as possible. 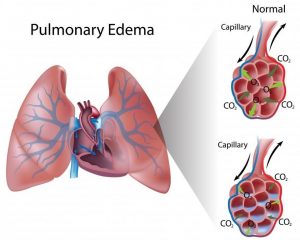 Figure 2: Comparing a normal lung with one suffering from HAPE. Photo: wiseGeek

What is the best way to prevent HAPE? The best way to prevent HAPE is to ascend into higher elevations gradually. The Wilderness Medical Society recommends that a person ascending above 3,000 meters do so at a rate of 500 meters per day. They also encourage a rest day with minimal activity every three or four days. Although it may be tempting to continue to push higher, embrace this part of the process or you could be putting yourself in danger in the future. In addition to acclimatization, eating a healthier diet, exercising regularly, and maintaining a healthy weight all can contribute to preventing HAPE. 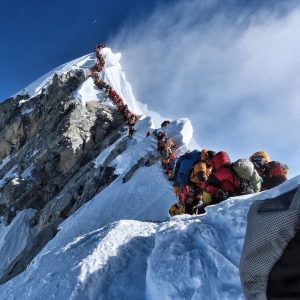 Be aware. When traveling in the mountains, it may seem like avalanches, rockfall, and rapidly changing weather are the most prevalent killers. While those factors cannot be ignored, neither can the possibility of suffering from HAPE. It may come on subtly but to be able to diagnose it quickly and properly is critical to having a successful life recreating in the mountains.