With the world having countless amazing ski towns (not to mention Germany is in its own league), we have kept this list limited to the United States. And since opinions are like, well you know, opinions, this list is in no particular order.

Starting us off strong is Killington, Vermont. Lovingly and appropriately known as “the beast,” Killington blesses its riders with 6 peaks, 21 lifts, and over 1,500 skiable acres. Things get even crazier off the mountain, as it has a nightlife the younger crowd flocks to. While the access road to the mountain means business during the day, at night it comes alive. Focus on the party and leave the car keys behind, as Killington offers a free shuttle that’ll get you where you need to be.

Bars and restaurants line the access road, all of them worthy of a visit. Three surefire spots to hit are Jax, Pickle Barrel, and The Wobbly Barn. Each has a great bar, food, and live music to boot, but excels in different departments; Jax with an array of arcade games, The wobbly Barn steakhouse with food to die for, and Pickle Barrel which has three floors, four bars, and a venue so electric names like Snoop Dogg have performed there. Regardless of where you end up, a good time is guaranteed.

For that once-in-a-lifetime experience, consider the Motor Room Bar. There’s nothing like grabbing a drink in an old ski lift terminal accessible only by snowcat.

Located only 28 minutes away from North America’s 6th largest Ski resort Mt. Bachelor, Bend Oregon is literally known as Beer Town USA. with over twenty breweries and countless nightclubs and bars, it’s easy to get lost in the fun of it and find yourself unable to ride the next day, let alone get out of bed. If you want to get up close and personal with a beer you probably already know and love, head over to 10 Barrel Brewing Company.

In the busy Galveston district, you can find the original location of this now-internationally known company, complete with a small-town feel and a wide array of beers for you and your friends to enjoy. To turn things up a notch, try nightclubs Velvet or the Astro Lounge. For something different, try Velvet Nightclub’s “Blue Velvet, a cocktail of blueberry vodka and house lemonade.

For the goal-oriented drinker, download the Bend Ale Trail, a passport-like app that has you go to various breweries and collect stamps in order to win a real prize at the end.

Chances are, you’ve seen the “I ride Park City” sticker somewhere, but off the slopes in Park City can be just as fun. It’s easy to get carried away exploring the biggest ski resort in the United States, but to miss out on the après should be a crime. Like many other high-end ski resorts, Park city falls on the boujee side of things. From the ski-in ski-out resort, St. Regis, which does daily champagne toasts via sword, to the Après Lounge which has you sitting on fur-lined couches eating caviar, things are a little more buttoned up here. If that’s your cup of tea, also consider the Goldener Hirsch Inn & Restaurant, which brings great old-world German cuisine along with a curated wine list that pairs phenomenally well.

For the Ski Bums and average joes, look no further than the No Name Saloon and Grill, known as “the bar that made Park City famous.” This bar goes to show that you don’t need a name to be internationally known. Grab one of their famous buffalo burgers and saddle up to one of their many beers, whiskies, or cocktails and let the good times roll.

If you want to see how the rich and famous get down, try rubbing elbows with them during the Sundance film festival every year.

Like a story you’ve probably heard before, Ketchum, Idaho, is a beloved ski town that was once a hidden gem that ended up changing with the times. The ski town of Sun Valley Mountain, Ketchum has a rich history, being the United State’s first destination ski resort, along with having the world’s first chairlift. With the addition of many lifts since then, and now a part of the epic pass, the mountain is much more accessible and has been voted the best ski resort in the west multiple times. The difference between this place and your other main spots like Aspen or Park City is that people primarily come here to ski and then hit the bar, not just be rich in a mountain setting. The Ketchum scene runs deep and the good times are waiting. From cowboys to celebrities, everyone has raised a glass in Ketchum and so should you.

For a proper night out, I’d suggest the “Ketchum Crawl,” which has you going on a tour of all the best food, drinking, and music spots that the town has to offer. Starting out with food, hit Lefty’s Bar and Grill or Grumpy’s. Both have been around for well over two decades and have great drinks and amazing food to get the night going. When you’re ready to start getting after it, head to The Cellar and tie a few on. Once you are nice and loose, head over to Whiskey Jaques for live music and some good dancing, and for the final act, head on down to The Casino and finish the night strong at one of Ketchum’s most infamous dive bars. While most people don’t even make it past the good time at Grumpy’s, if you make it all the way to the end pat yourself on the back, you’ve earned a celebratory drink. 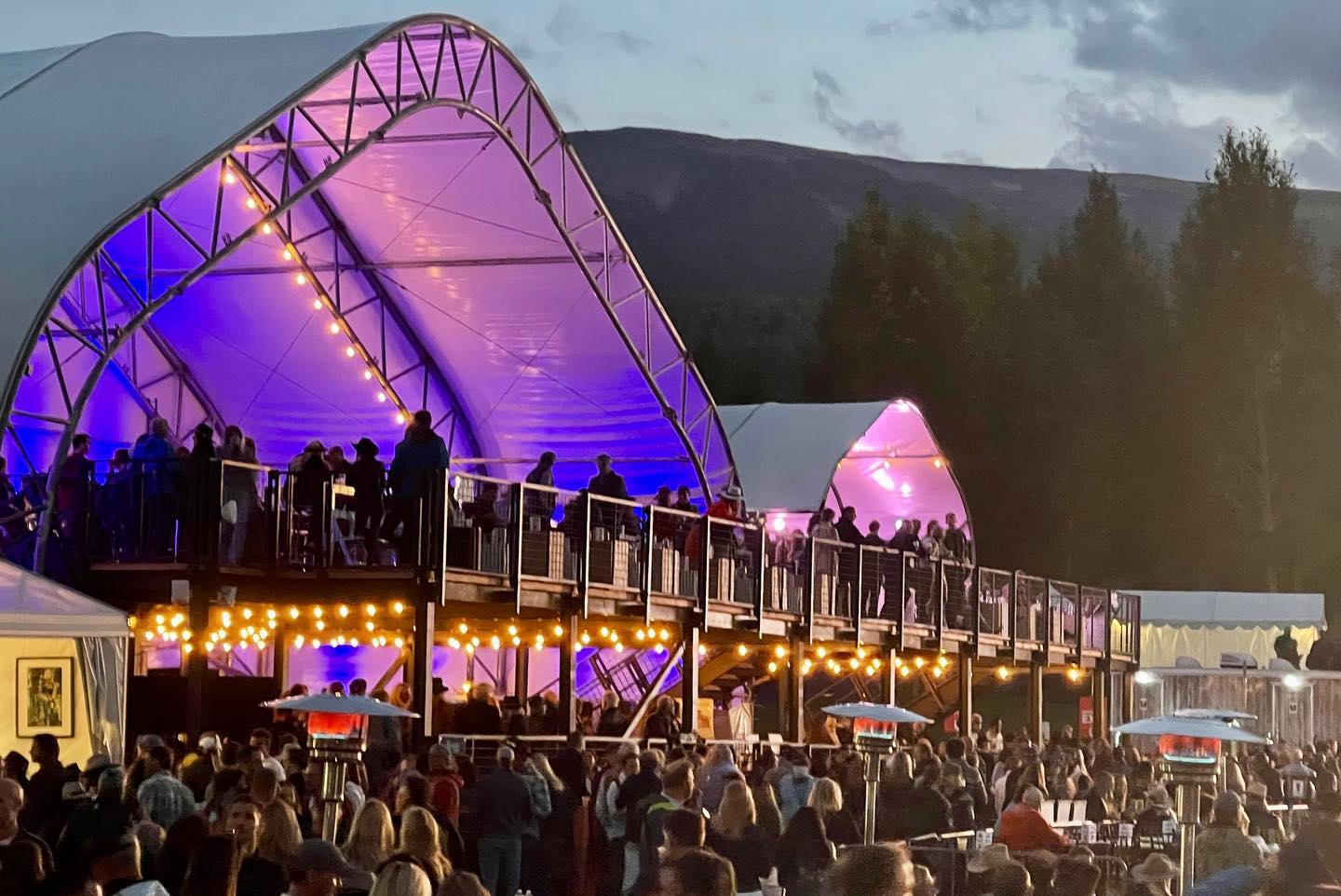 One of the many bar scenes on an Aspen evening. PC; Hotel Jerome Facebook

There’s having a beer in a ski town, and then there’s Aspen. With over a hundred bars, restaurants, and nightclubs packed into it, Aspen is the final boss of Après ski. With over 5,000 skiable acres, 46 lifts, and 336 trails, it would be a feat to even make it to the bar after a day on the mountain. Just like the trail selection, it is easy to drown in the nightlife selection. On the ritzier side, you have places like the ski-up Ajax Tavern at the Base of Aspen Mountain which serves up favorites like truffle fries and a wagyu double cheeseburger, or the J-bar at hotel Jerome (which was voted the sexiest bar in America by Playboy Magazine).

Places like these are more often the norm for Aspen, but there are definitely some bars where you can worry more about the riding and less about what you’re wearing afterward. Such places are Zane’s Tavern and Eric’s bar- they sound like stand-up guys. The place where locals go to get down, these dive bars have good music, good food, good people, and good drinks. Speaking of music, Aspen has a lot of it. From live music in bars and restaurants all the way to full-on concerts and festivals, it can all be found here. Something to especially look out for is the Bud Light HiFi Concert series, where three full-on concerts are held for free each winter, or the aptly named Après Concert Series.

To watch the best in your sport throw down, visit in January to watch the X Games. Attendance is free, and who knows, you might end up partying with pros if you’re lucky enough to attend an after-party. 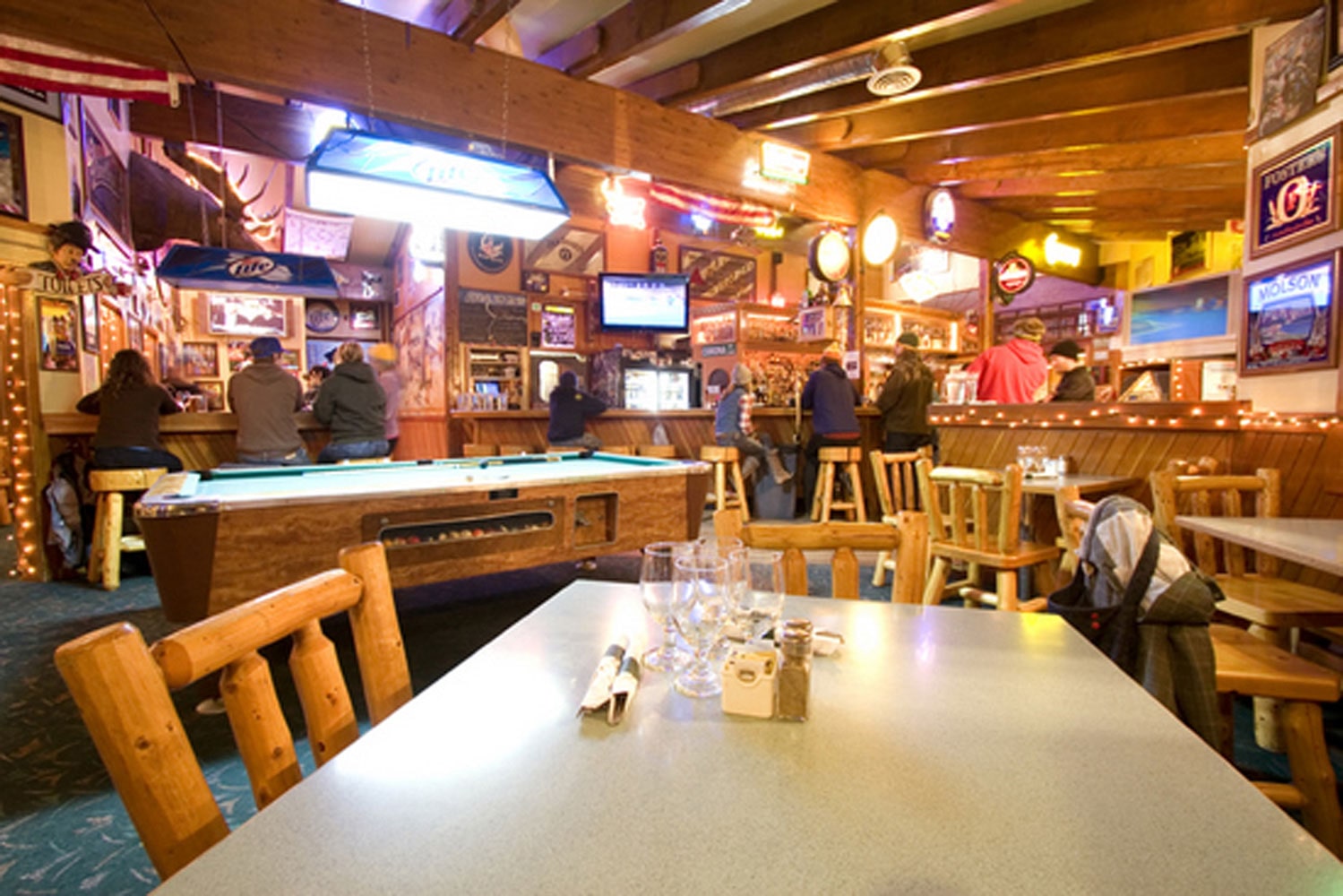 Located at the base of Alyeska Resort lies a bar by the name of Chair 5, or “The Dive” as the locals call it. With all the usual bar games and music always on, it is easy to have a good time while selecting from over 30 malts, 50 tequilas, and 60 microbrews all at real good prices. While the town is charming in its own right, Chair 5 is reason enough to go. Making multiple “bars to visit before you die” lists, I’d have to agree.

From mountainside champagne to cheap, fun beer, these ski towns have environments so good that they rival the mountains they are based upon. Any selection from this list would be a good one, and you are guaranteed to enjoy yourself from the moment you get there to the moment you leave.

One thought on “Top 5 Ski Towns That Love to Drink”