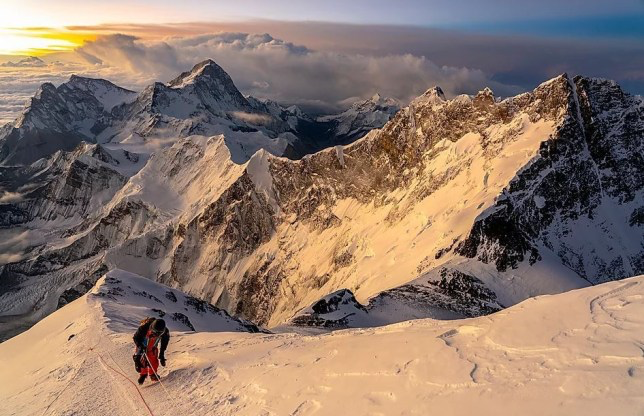 The Oculus Virtual Reality headset made by Facebook is now offering a three-part virtual tour of Mount Everest. The filming was done by Jonathan Griffith, a close friend of world-famous mountaineer Ueli Steck. Ueli died a year before the filmmaking expedition in 2017 on the West Ridge of the mountain preparing to reach the summit of Mt Everest and Mt Lhotse without the aid of bottled oxygen. With about 200 people to ever summit these peaks without bottled oxygen, it is no small feat. Without bottled oxygen climbers are susceptible to frostbite as well as cerebral and pulmonary edema. In the series, you follow Steck’s old climbing partner Sherpa Tenji as he attempts to summit Everest under the same circumstances to commemorate Ueli’s early passing. 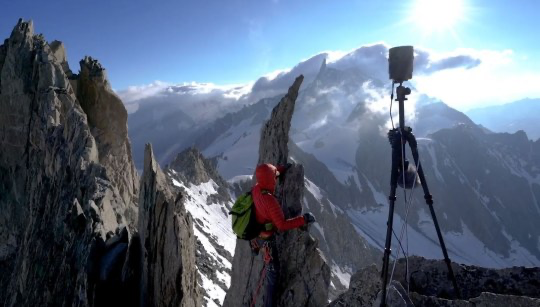 The filming and climb were completed in just a day so the crew had to move efficiently with the camera equipment. Filmmaker Jonathan Griffith was climbing along Sherpa Tenji on all those big routes while filming at the same time. With the current VR software, you can follow closely with the team while also being able to look out 360 degrees to the stunning views of the Himalayan mountain range. If the views weren’t enough, Griffith also incorporates an avalanche and rock slide into the series. While Sherpa Tenji’s accomplishment is no small matter the imagery captured by Griffith is truly special. Jonathan says, “I love VR because you can’t make a sunrise or sunset look more saturated than it is because then it doesn’t look real to the viewer. I can’t tilt the camera to make a climb steeper than it is because the horizon will be off. You can’t cheat in VR. It keeps me really honest as a content creator.”