A state of emergency was declared by California Governor Gavin Newsom yesterday, as the serious heatwave that struck the state over the weekend intensified wildfires.  This will make resources available to fight wildfires that are burning throughout the state.

At least 27 fires are blazing right now across the state, including some caused by lightning from a rare summer thunderstorm.

The state has been hit with mass power outages due to residents cranking up their air-conditioning units, causing state officials to warn that five million people could lose power in rolling blackouts if homes and businesses don’t scale back their energy use.

Grid operators decided against cutting power to 10 million homes on Monday after residents cut back on their electricity. Outages did begin at 5 pm yesterday as the record-breaking 103F heat pushed the power grid to the brink of collapse. The Los Angeles Department of Water and Power said that on Tuesday it recorded the highest electricity demand yet for 2020. 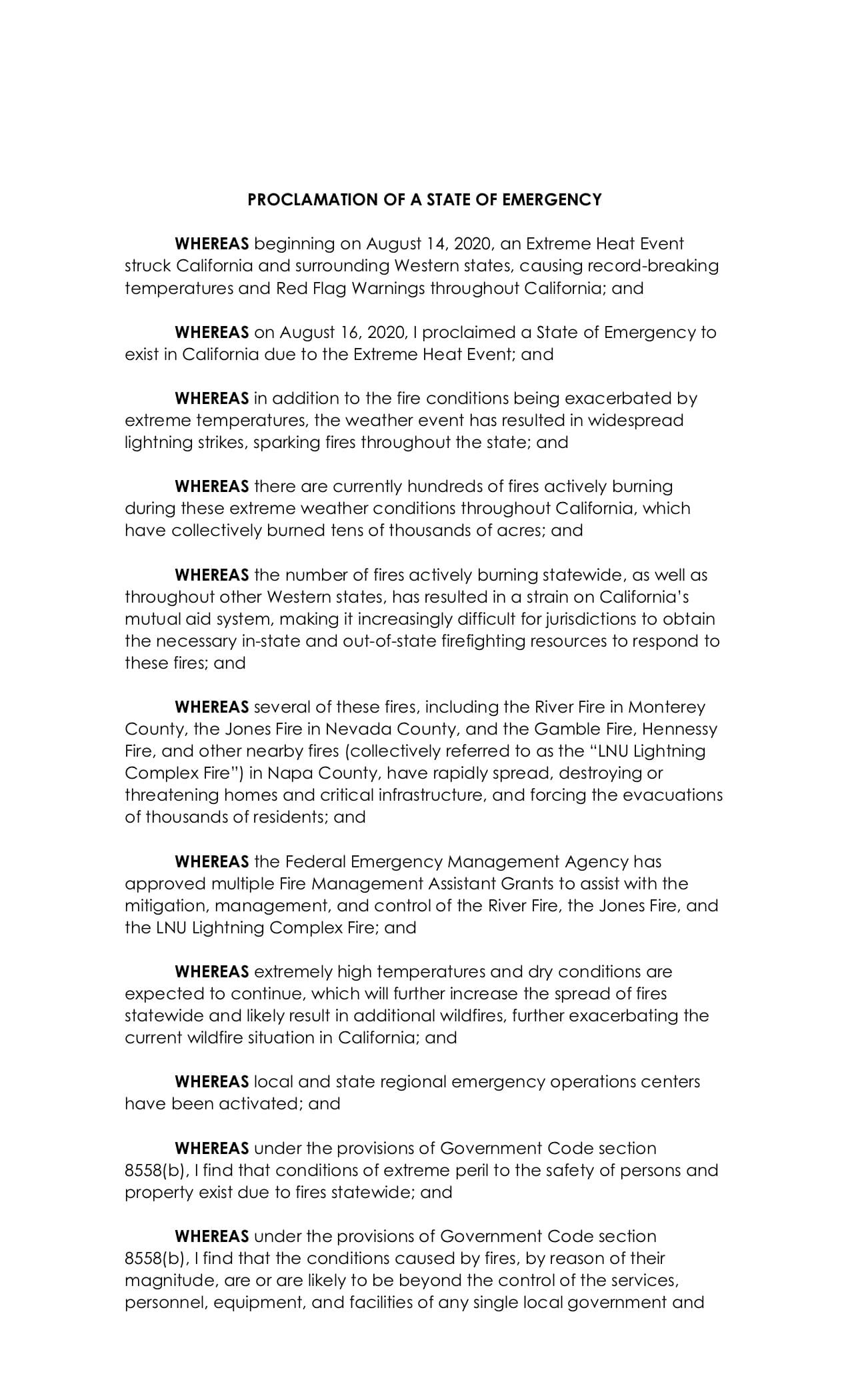 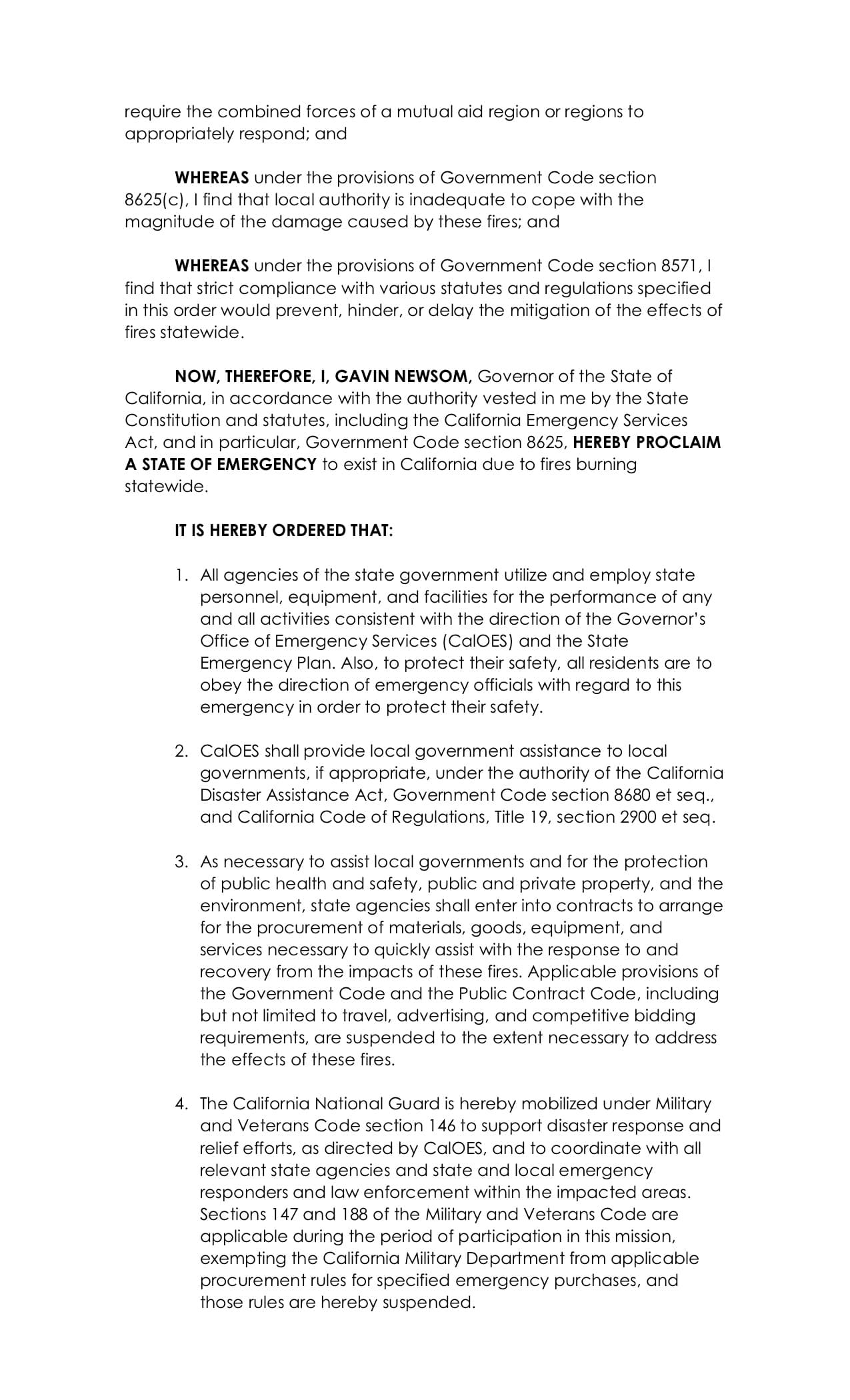 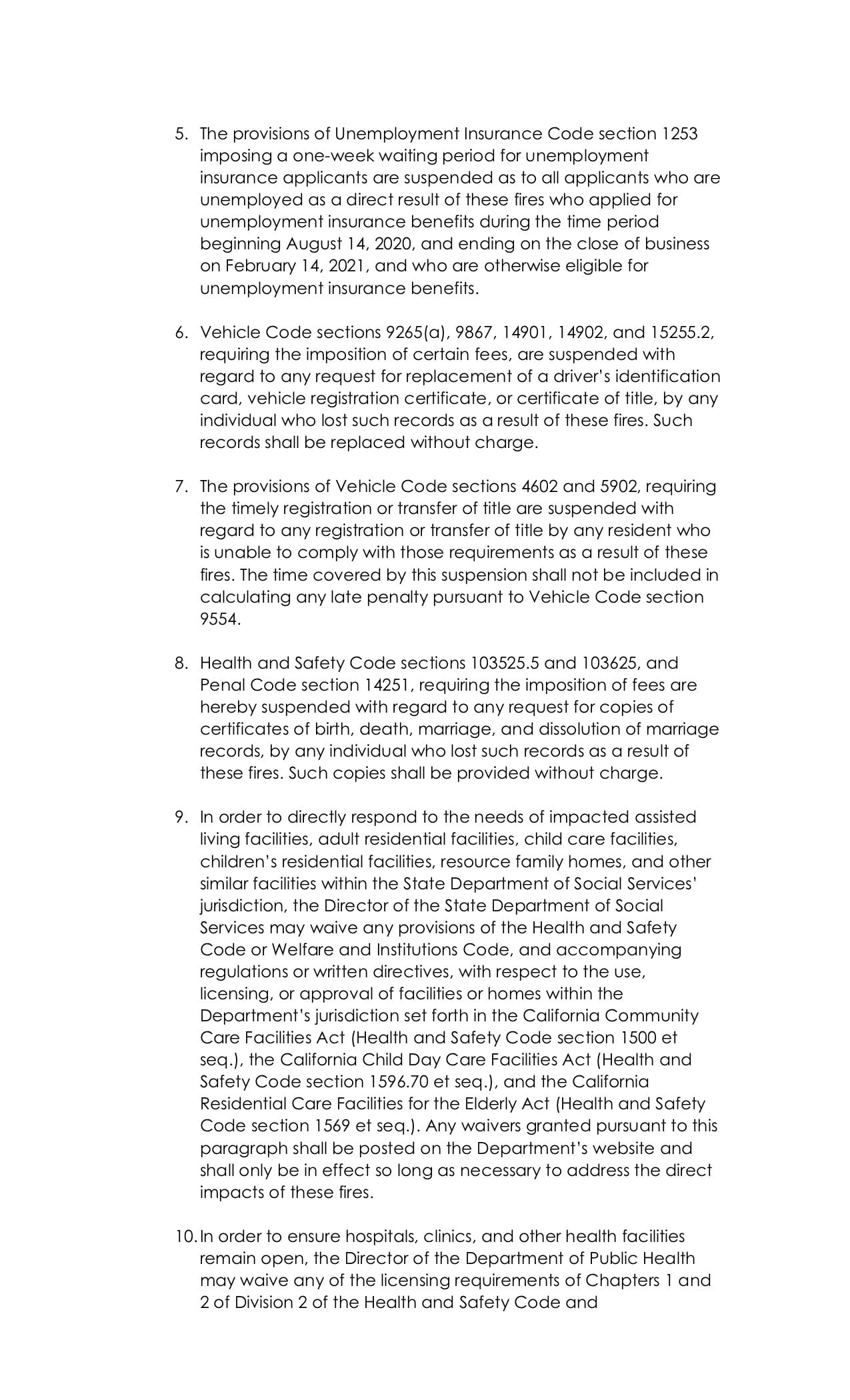 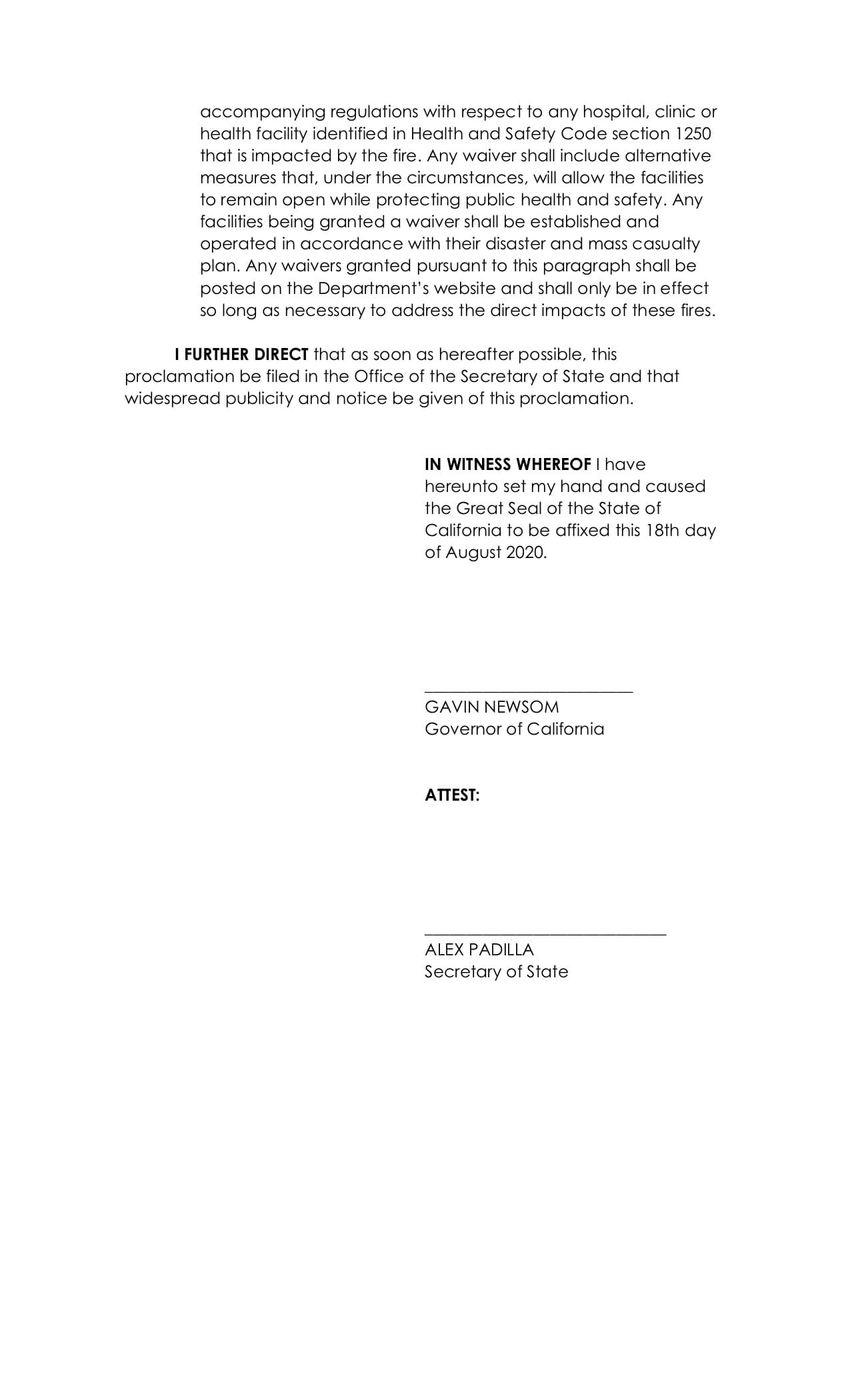