It’s not every year you get to celebrate Halloween on the mountain, especially when that mountain is Winter Park. For the first time in its history, Winter Park started spinning its lifts and welcoming skiers and riders back on the slopes before November.

October 31, 2022 – the earliest Winter Park has ever opened. Each season, when leaves are falling and temperatures start dropping, Colorado ski resorts race to make snow in an attempt to be the first to open. Arapahoe Basin claims the longest season in the state, usually the first to open in October and the last to close in June. Winter Park resort is not known as an early opening contender but surprised many after a big first storm system rolled through the state. Between a combined effort from snow makers taking advantage of low temps and Mother Nature, the resort was able to break its record and open just in time for Halloween.

It’s early season, and as expected the conditions were scary – and not just because it was Halloween. We arrived early, too early, hopped on the Arrow, and headed up. Parkway, the single run open, had not yet been blessed by the morning sun. Until about 11 am it was life or death. Ski enthusiasts dressed in all kinds of costumes, bananas, tigers yetis, and stormtroopers, you name it, slid past. It was extra dicey for those who hadn’t gotten their pre-season tune-up. Between the sounds of sliding skis and boards, and thriller playing in the distance were the whoops and hollers of skiers and riders just happy to be back on the slopes after a long hot summer. It didn’t matter how icy the run was, it was Halloween on the mountain, and the vibes were high.

Even though only Parkway was the only run open, both the Arrow and Gemini lifts were spinning, keeping lines to a minimum. A small terrain park with boxes and rails was set up and accessible by a rope tow. So whether you were ripping laps on Parkway or defrosting old tricks in the park, there was something for everyone, making it an even more awesome opening day.

Winter Park is in the running this year as the third ski resort to open in the state of Colorado this season. After a successful opening day and with more snow in the forecast, Winter Park Resort’s season is off to a great start. 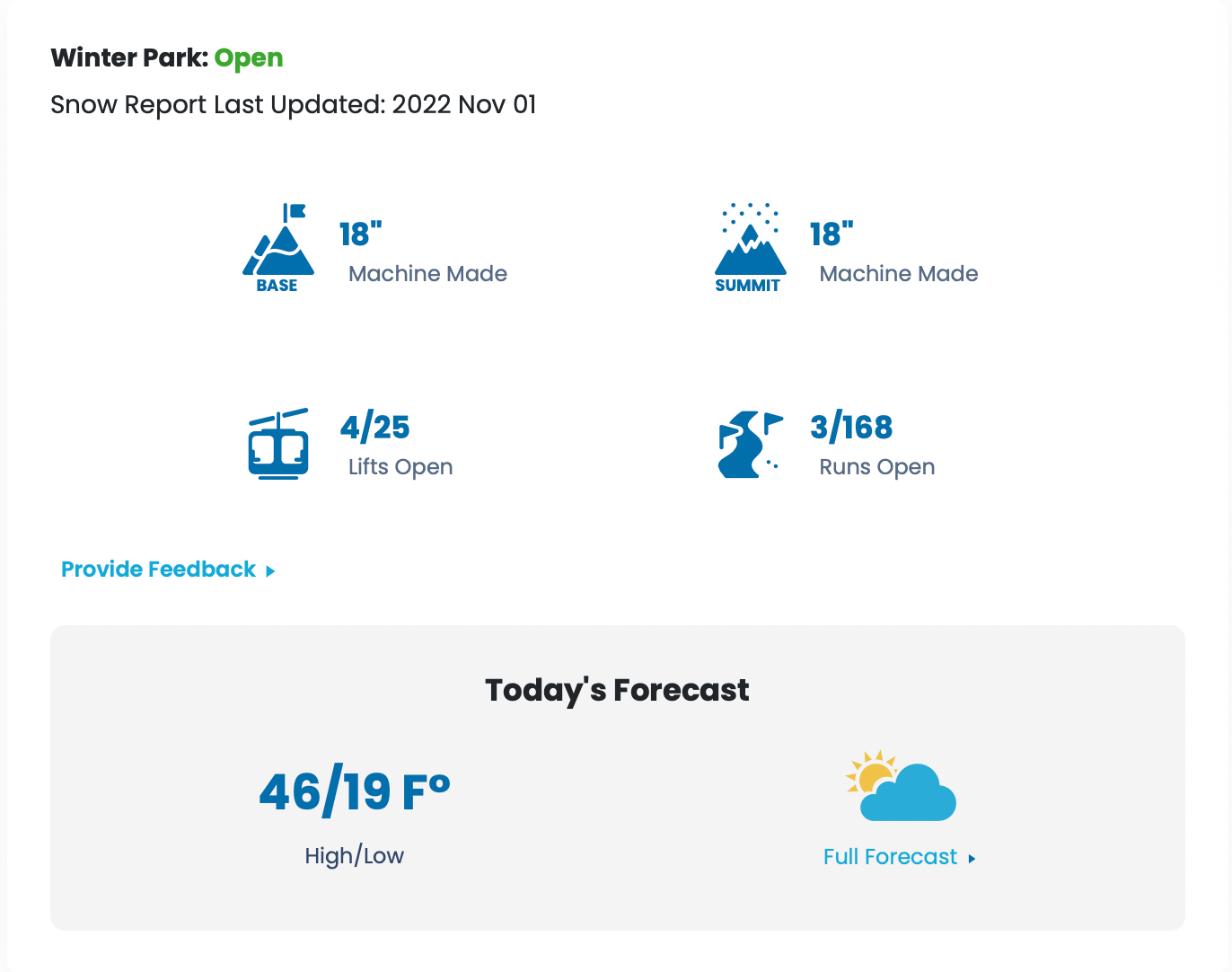