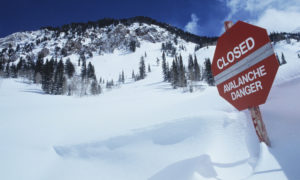 Be careful out there! MSN

Colorado is known for its unstable snowpack, but this season has been especially troublesome. The Rocky Mountain State and the Continental snowpack that it receives can spell trouble for backcountry users. This season has seen 56 people caught in 42 avalanches as of January 31st, 2018. So far, 2018/19 is on track to be the deadliest season on record.

The Continental Snowpack is the force responsible for the instability.  A Continental snowpack is characterized by snow-covered mountains far from the influence of the ocean. The snowpack in these regions tends to be shallow, the temperatures are cold, and there are several days or more between storms. These conditions allow weak layers such as Surface Hoar, Depth Hoar, and other weak layers to form. Hoarfrost is the same phenomenon that occurs on the windshield of your car on a cold winter morning. When these weak layers get buried in new snow, the stability of the snowpack gets spooky. Bruce Tremper of the Utah Avalanche Center compares it to a glass plate on top of potato chips.

“You can tiptoe around all winter long, but you don’t know when chips will collapse, and the glass will shatter, he says, highlighting how unpredictable the persistent slabs and persistent weak layers can be. You could find 100 tracks on that slope, then an avalanche can rip out the whole thing. It’s your basic nightmare.” Bruce Tremper  of the Utah Avalanche Center speaking with TGR 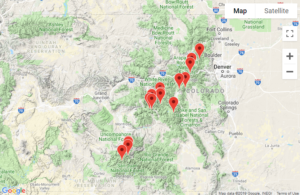 The avalanche problem we are seeing in Colorado this year involves a problematic hoarfrost weak layer that developed early on.

“The scenario we have this year is a lot of early snow in October and November that didn’t melt. It forms a weak structure, and it’s not that big of a problem until more snow piles on top of it. In mid-late December, we started getting heavy and consistent snowfall that started to build a thick, hard layer on the weak base. It’s the perfect set up for avalanches.”  Ethan Green, director of the Colorado Avalanche Information Center speaking with PostIndependent

So far this season, we are seeing a huge increase in avalanches. The 56 avalanche incidents involving backcountry users is a 400% increase since last year, and we’re only halfway through the season. 32 incidents were reported in January alone. Over 1,000 avalanches in Colorado have been reported so far. If the trend continues, the 2018/19 season could be the deadliest on record. 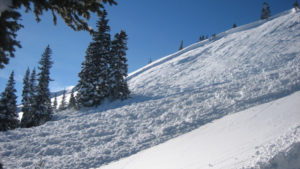 The site of a recent avalanche casualty. CBS Denver

This is an extremely important time to be mindful of avalanche risks considering the very dangerous winter conditions. Read the forecast! Have a plan, know the conditions before you go, and remember the 5 red flags of avalanche danger

Stay safe out there and enjoy the powder!