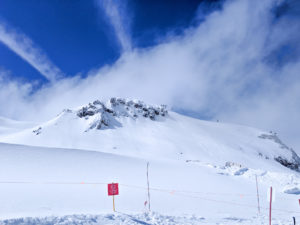 The Sierra Nevada has been incredible this season. With 628″ of snowfall at this summit so far this season, Mammoth has the deepest snowpack in the United States. It hasn’t stopped snowing in a month! Because of the rapid snowfall following a 16″ storm, the avalanche conditions became dangerous in the Eastern Sierra. So we decided to head up for some turns at Mammoth Mountain.

It looked like it was setting up to be an epic day, with over a foot of new snow and beautiful bluebird conditions! Bluebird hasn’t been in the vocabulary of California skiers and riders this season, so it was especially awesome. We spent the morning on the lower mountain while waiting for the upper mountain lifts to open up. It seemed as though the new snow had mostly been skied out lower down. However, there were pockets of powder to be had in the trees. Mostly, we found soft snow that offered plenty of opportunities to go fast! 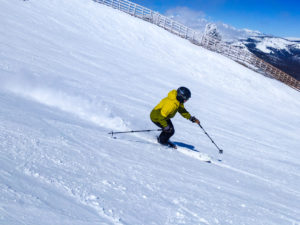 We spent most of the morning lapping chair 22 and the lower mountain hunting for cliff drops, powder stashes, and generally enjoying the fun, soft snow. There really isn’t such a thing as bad conditions in the Sierra this season! 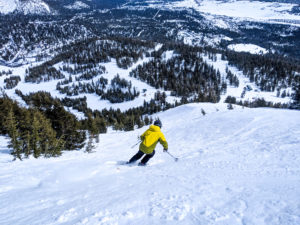 As the day went on the conditions turned from bluebird to whiteout which unfortunately meant that it was unsafe to open the upper mountains due to visibility and high winds. However, that didn’t stop us from enjoying the rest of the day. As the morning turned to afternoon, the conditions got snowier and snowier. We just kept skiing. We’ve gotten well accustomed to storm skiing this season! The afternoon was spent lapping around Chair 5. We probably skied new powder, but we couldn’t tell! 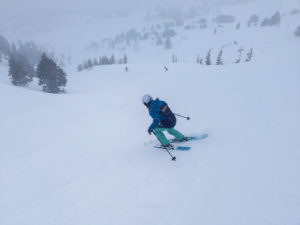 Mammoth Is the place to be right now. February is currently the 3rd snowiest month on record for the mountain. The resort has received so much snow that they have announced they will remain open through July 4th!

It looks as though there is still snow in the forecast, but less than we have been seeing lately. Here is the NOAA forecast for the week.

This forecast should offer excellent conditions as the upper mountain lifts open up. Mammoth is going to be unreal! 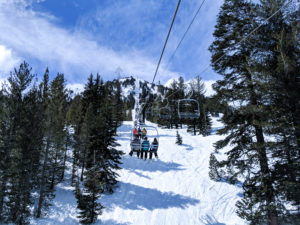 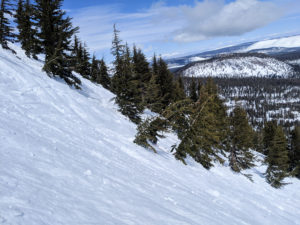 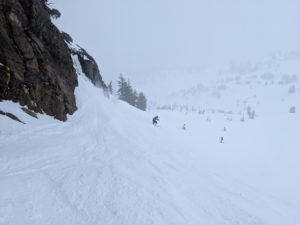 It just continues to dump in the Sierra!