We went a-walkin’ around in the Teton Mountain Range, WY today.

We skied a chute that had mostly great snow with a few crunchy spots.

We then skied another chute with really tricky snow – lots of punchy snow and some icy patches that weren’t obvious that really threw us off our game.

Had we done the second chute first, we likely wouldn’t have skied another lap.

Overall, a very fun day in the backcountry.

Since the dry period ended on December 11th, the upper elevations of the Tetons have received approximately four feet of snow containing nearly 5 inches of moisture. Yesterday’s storm started warm, ended cold and was accompanied by very strong winds that veered from the southwest to the northwest. Wind slabs could fail on density changes within the recent snow however the focus for safe backcountry travel needs to involve evaluation of the persistent slab problem which lies at the interface between the dry period and the recent snow. Skiers and riders have the potential to trigger slides involving these layers at all elevations but particularly above 7500 feet where they could be large.

Many people have been asking me to explain my decision-making process when skiing avalanche terrain.  Below is my first stab at it. When skiing/riding in avalanche terrain, there is always risk.  To avoid avalanche risk, keep your terrain choices below 30º of steepness and learn how to accurately measure terrain steepness.  Always check the forecast at avalanche.org.  Always bring beacon, probe, shovel, education, experience, and a strong partner.

Why I felt comfortable skiing an aggressive chute today in CONSIDERABLE to MODERATE avalanche conditions:

Red flags in this chute today: 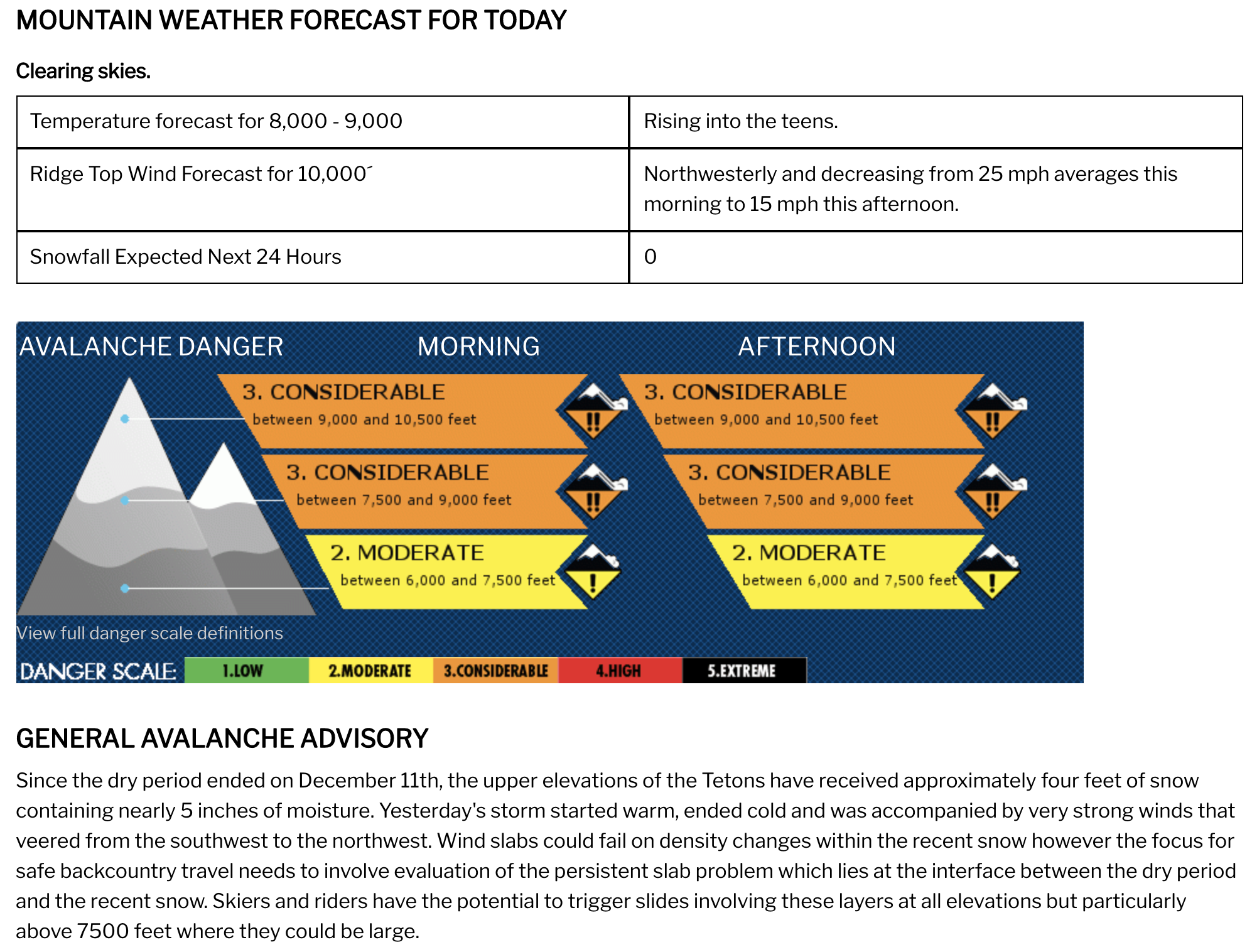