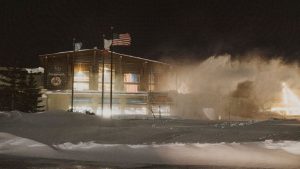 Precipitation forms at the cloud level when a cloud’s moisture condensates on an aerosol catalyst of some kind. The droplet continues to freeze, condense, and gain moisture until it is heavy enough to fall to the earth. Oftentimes, this aerosol catalyst takes the form of minerals such as ​​calcium, aluminum, or magnesium. Yet, new research shows that these aerosols may also take the form of minuscule bio-particles or microbes. Because of their purpose in the rain cycle, microbe aerosols are known as ice-nucleation active bacteria. There are trillions of known species of bacteria, algae, and fungi that can act as ice nuclei.

Once thought to only cause marginal effects on precipitation, recent evidence suggests that these bacteria are far more effective at forming rain than their mineral aerosol counterparts. Many species of ice-nucleation bacteria have specialized proteins on their surfaces that allow water in the air to freeze into ice at warmer temperatures (-3˚C to -8˚C instead of < -10˚C). When vast quantities of these microbes are blown into the sky as aerosols, they can catalyze the formation of ice crystals in the clouds. This is a necessary step for eventual precipitation.

Because each bacterium has the ability to form an ice nucleus, there is a direct correlation between the concentration of ice-nucleation bacteria in a cloud and its potential for precipitation. While these organisms can be found in nearly every ecosystem around the globe (including in deserts and ice caps), there is a strong tie between the relative biomass of a given area and its output of ice-nucleation bacteria. The more living material found in the vegetation and soil in an area, the more ice-nucleation bacteria, and thus: the more potential precipitation. In especially biomass dense areas, this phenomenon kickstarts feedback loops that cause more precipitation to fall. Areas like forests also have the highest rates of cloud formation because of transpiration. This transpiration forms clouds, which further increase the potential for precipitation.

Water Evaporation over a forest will form clouds and increase the potential for rain. Photo Credit: Princeton

These breakthroughs in the realm of precipitation open new gateways into weather geoengineering. Human-induced bioprecipitation could mean elevated rain/snow levels or solace from super droughts in areas around the West and Southwest that have seen lower amounts of precipitation in recent years. Previously, one of the main drawbacks to “rain-making” or geoengineering was that it would require the release of millions of tons of gasses like sulfur dioxide and silver iodide or minerals like calcium, magnesium, and aluminum into the upper atmosphere. With ice-nucleating bacteria, high atmosphere release is one option (cloud-seeding), but it is also possible to allow forests and green areas to release their own bacteria with little human aid. While it is unknown what the exact adverse effects of cloud-seeding would be, we know that starting with bacteria release in biomass-dense areas has potential.

There are many potential benefits to “rainmaking” using bioprecipitation. Increased rainfall in desert environments would mean better water security for poverty-stricken areas, especially around the equator. In the Western US, bioprecipitation could potentially end ongoing super-droughts and replenish depleting agricultural aquifers. That said when clouds aren’t present in the atmosphere where bioprecipitation is desired, condensation is impossible. This ultimately prevents its utilization in deep inland areas where atmospheric moisture is sparse and clouds don’t form 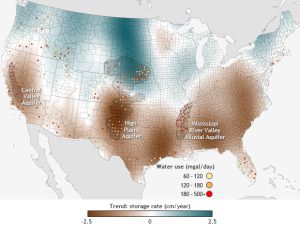 Additionally, these bacteria can act as aerosols in similar ways to their inorganic gaseous counterparts like sulfur dioxide and calcium carbonate. In the high atmosphere, the bacteria can scatter small amounts of UV rays. Lower levels of UV radiation in the atmosphere could mitigate the effects of the greenhouse effect. This is not a substitute for cutting carbon emissions but can act as a supplement to lower global temperatures.

I love skiing, biochemistry, weather, and the outdoors.