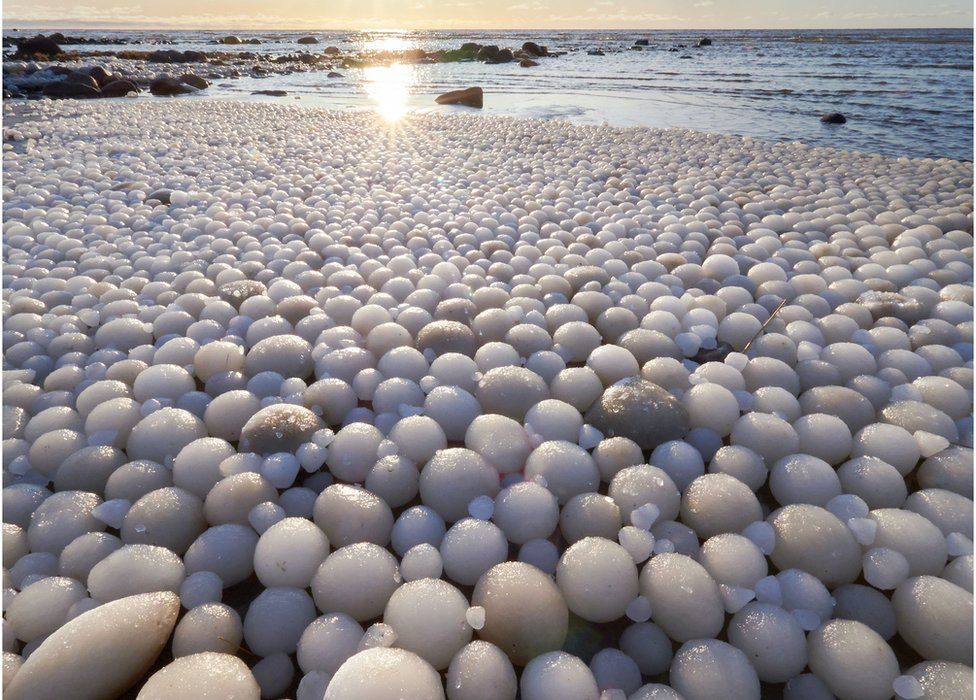 This is not normal, most would use the word bizarre I’m sure. Off the coast of Hailuoto Island in the Gulf of Bothnia, which splits Finland and Sweden, you will find this work of art created by mother nature currently. Ice eggs are formed when small pieces of white ice are broken off bigger slabs and a combination of wind and water shape them into the spherical shape and the tide brings them to shore. These ice eggs can be as small as a golf ball and can also be as large as a football. In this instance, the temperatures were only 30 degrees Fahrenheit. 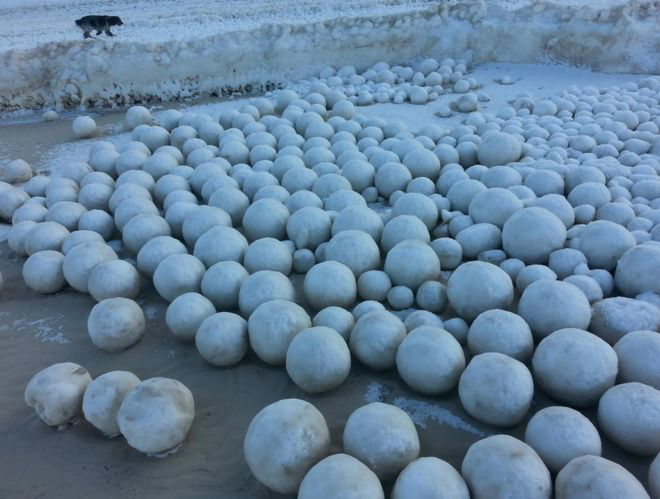 Ice eggs have shown up before as well as Russia has recently seen this natural phenomenon. In November of 2016, residents of the village of Nyda in northwestern Russia, which lies on the Arctic Circle, saw an expansive 11 mile stretch of these masterpieces of nature. 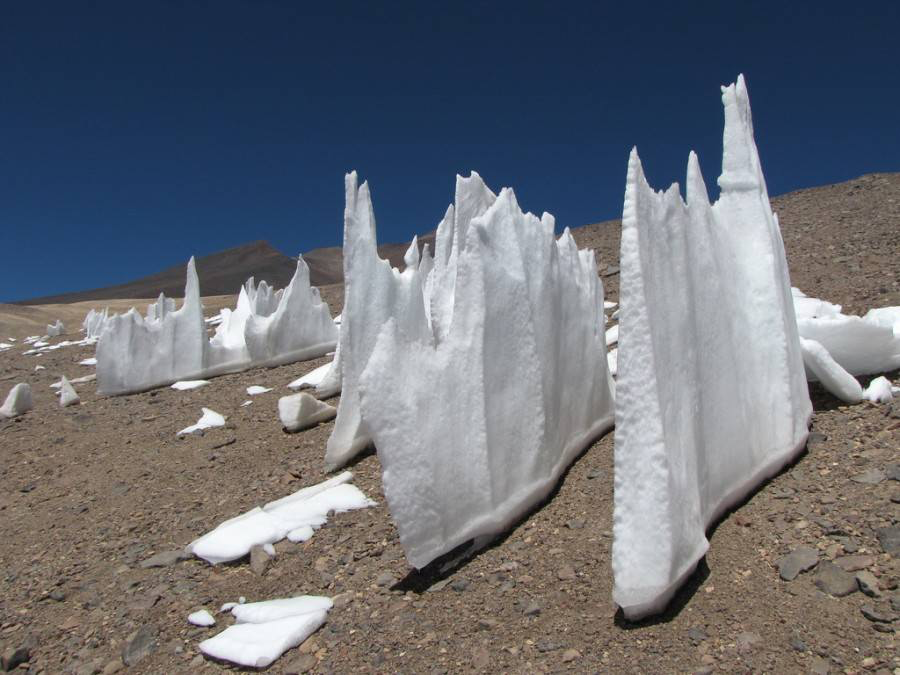 Other natural but shocking formations that are seen around the world are ice pinnacles which are found in places like where the Argentine and the Chilean Andes. Usually seen above 13,000 feet in elevation, these pinnacles – which can get up to 16 feet tall – are created when the sun directly evaporates the snow without it going to the melting point. For this to happen the dew point cannot surpass freezing temperatures. Another odd ice formation is ‘ice pancakes’ (pictured below); these ‘pancakes’ are formed in below-freezing temperatures when ice crystals form and stick together.  These floating discs are usually seen around the Baltic Sea and Antarctica. 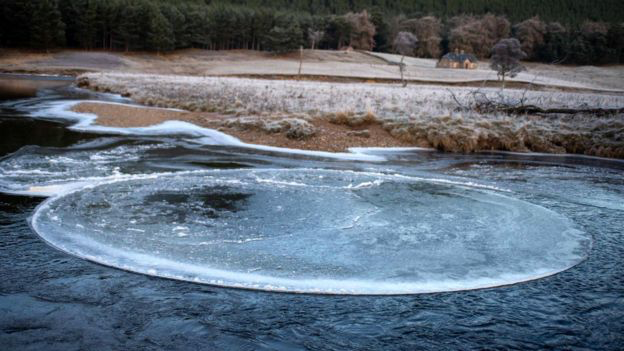 Ice Pancake on the River Dee in Scotland