The SMG climbing season is off to a great start This route report is from Senior Guide Patrick Chu, who along with Ryan Sorenson and Cobi Krumholz led 6 climbers to the summit. Special thanks to Adrian Fehr for the beautiful photos from the climb.
Special report from Patrick Chu:
Casaval Ridge is an early season favorite for climbers seeking a challenging and aesthetic alternative to the more well-traveled routes on Mt Shasta. Splitting the west and south faces of the mountain, Casaval Ridge is visible from miles away with its grand jagged gendarmes and steep dropoffs. 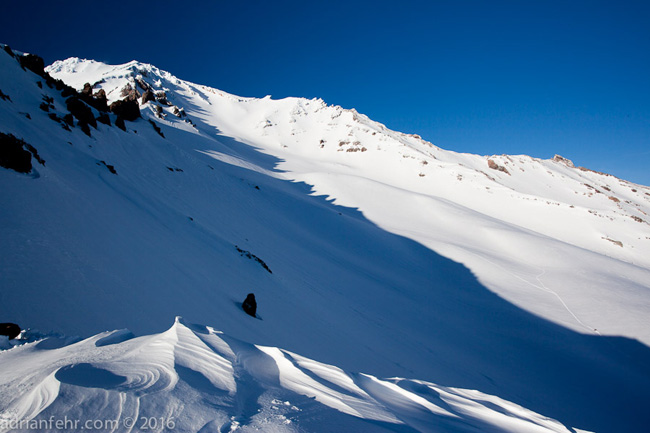 The climb is characterized by sustained steep climbing and traversing on exposed slopes, broken by a few “crux” sections requiring short pitches. The route is best climbed when the mountain has bountiful snow levels and stable avalanche conditions. Fortunately, we couldn’t have asked for better conditions during our three-day climb April 15-17, 2016 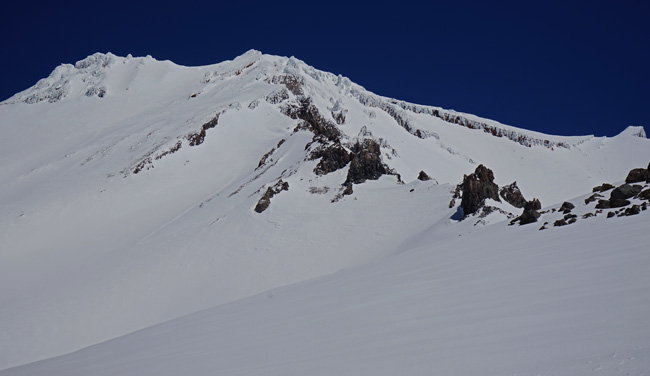 A team of seven climbers and three guides departed from Bunny Flat on April 15th under stellar, blue bird conditions. A short three-hour approach put us at our basecamp at 9,600′. Perched at the top of Giddy Giddy Gulch, the basecamp for Casaval Ridge provides excellent views of Avalanche Gulch, Casaval Ridge, Sargents Ridge as well as the Castle Crags to the south and Trinity Alps to the west. After setting up camp, reviewing climbing techniques, and enjoying a delicious cous-cous dinner, we were in bed early for a 3AM start. 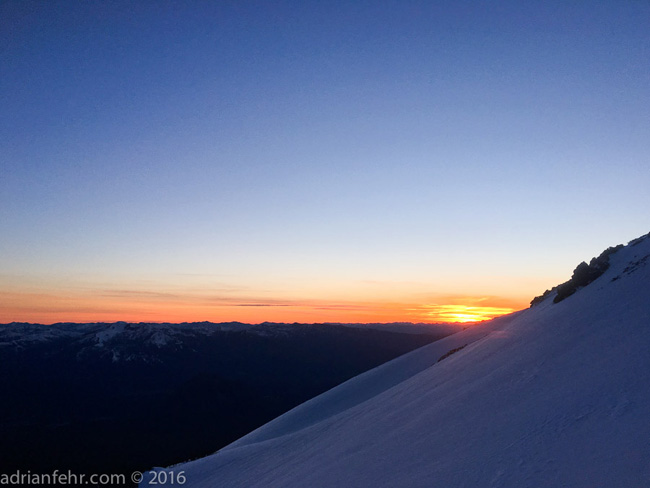 Firm snow conditions underfoot and clear skies made for fast travel in the night. We turned off our headlamps a few times at breaks to enjoy incredible views of stars, planets, and the occasional satellite shooting across the Milky Way. 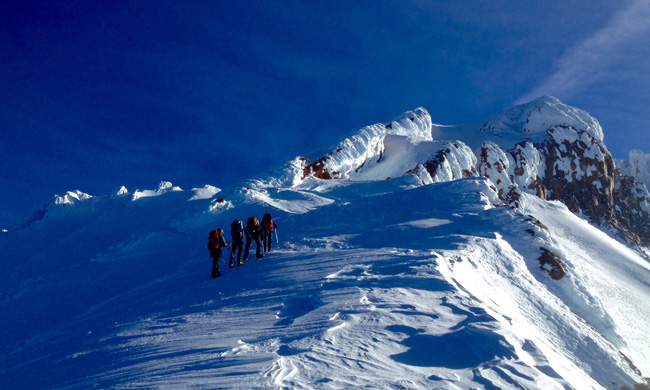 The sun began to rise when we were nearing 11,500′ providing warmth, better visibility, and a boost to our morale knowing we were making excellent progress up the route. The upper mountain had been affected by recent wind and snow which made the climbing difficult. We opted to move slightly towards the west face which provided an opportunity for some interesting climbing and route finding around the rime towers that stand before the 13,000′ plateau. 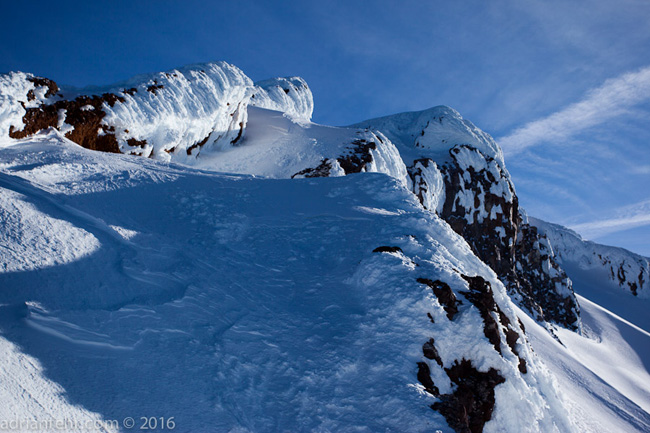 The rest of the climb to the summit was relatively simple and straightforward, though at 13,000′ climbers often feel the draining effects of the thin air and effort of the climb. Our pace slowed, but our determination remained strong and we stood on the summit at 14,179′ after 8 hours of climbing from basecamp. 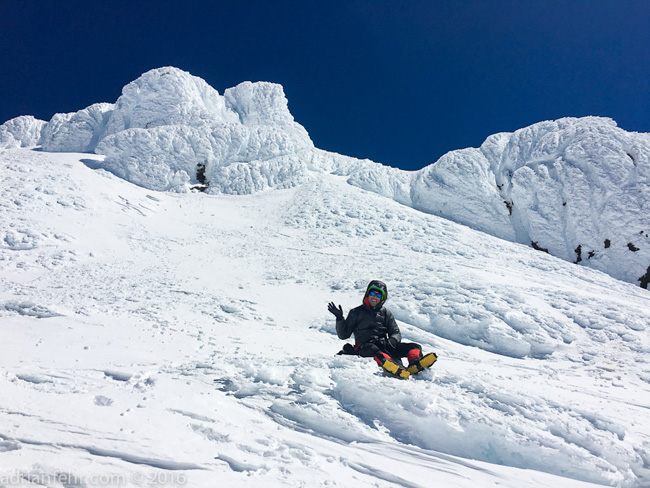 We made our way back to camp where we celebrated a great climb with high fives, lots of water, and a well-deserved nap; The stoke was high despite a long and demanding summit climb as people stretched out and relaxed knowing that the hard work was behind us. This trip confirmed for me that Casaval Ridge is a must do for experienced climbers on Mt Shasta. The position, exposure, and sustained pitch of the route make it a worthy adventure for the intermediate to expert mountaineer alike. 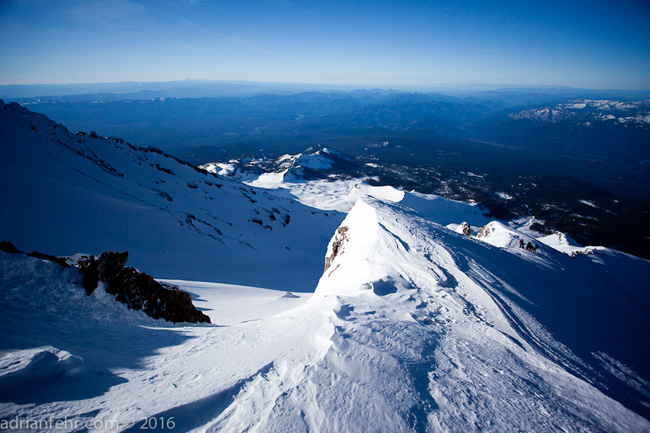 Thanks to the team and the guides for a safe, fun, and successful climb!
The 2016 season is on and we have a full calendar of climbs, ski descents, and glacier seminars. See you on Mt. Shasta!