A person was buried in an avalanche just outside the boundary of Park City Ski Resort in Utah today.

The avalanche occurred off the popular “Square Top” zone and the avalanche danger was rated HIGH for that zone and aspect today.

The avalanche victim most likely accessed “Square Top” via the backcountry access gate at the top of the 9,990 chairlift – the same access point used by the person that died in an avalanche just outside Park City’s boundaries on January 8, 2021.

The Summit County Sheriff’s Department is saying the avalanche victim’s friend was able to dig up the victim and attempted lifesaving efforts but had to leave the area due to high avalanche danger.

Rescuers did not enter the area due to the high avalanche danger.

The victim is being left at the scene overnight and will hopefully be recovered tomorrow.

They haven’t yet said if the person is dead or not, but it appears very clear that this person did not survive.

Another person died in an avalanche just outside the Park City Ski Resort boundary this month as well.

This was the 7th avalanche death in the USA this season.

#Avalanche Update – On January 30, 2021 at 3:26pm the Summit County Sheriff’s Office received a report of an avalanche in the backcountry in an area known as Square Top. This area is located outside resort boundaries near Park City Mountain Canyons Village. The avalanche was triggered by two skiers – one of the skiers was caught in the avalanche. The friend was able to dig to the victim and attempted lifesaving efforts.

This is an ongoing operation and no additional information regarding the avalanche victim will be given. Once we have made contact with the victim, we will provide additional details.

The Summit County Sheriff’s Office reminds people to use extreme caution when entering the backcountry. People should check avalanche conditions at the Utah Avalanche Center, avoid areas where there is avalanche danger, and be prepared with the proper equipment. 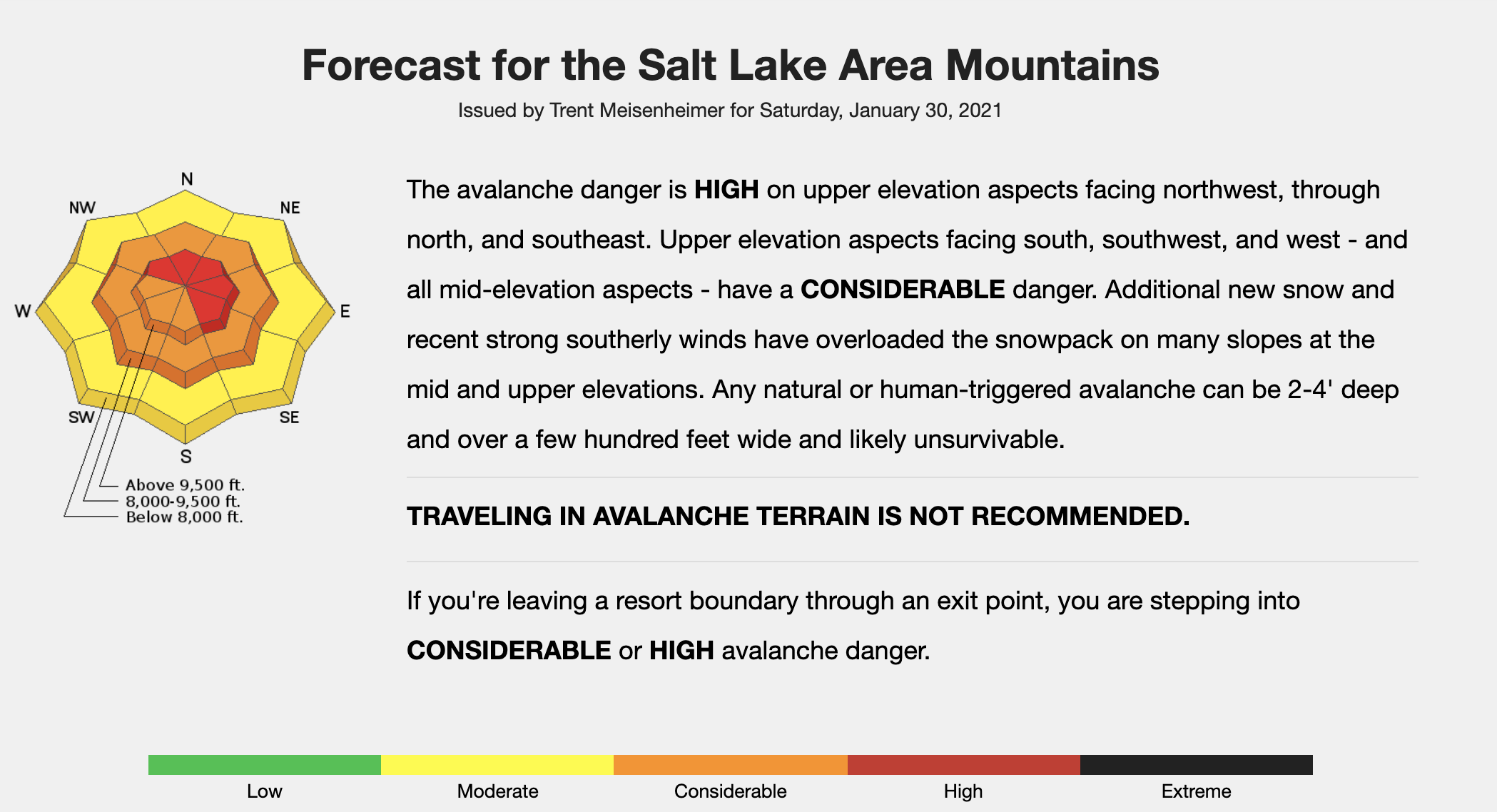