The drive up to Big Sky Resort is stunning. Following the meandering Gallatin river up the canyon, the only evidence of a ski resort is Lone Peak, looking out of place standing proud above the pines.

And then you see it. The front side of Big Sky Resort imposes over the mountain village.

This resort is enormous; the second largest in the US. Taking a quick look at the trail map the night before, it was apparent that our two-day trip wouldn’t be enough even to touch the surface of what this resort has to offer.

We started at the mountain village, taking the Ramcharger up. North America’s first 8-person chair, and the most technologically advanced, swiftly and quietly transported us up the mountain. It was like riding in an electric car, almost silent. We took Ambush down to test the conditions. With little snow recently, three inches in the last seven days, and warm temps, the conditions can be best described as ‘spring.’ Hard-packed, icy in spots, and the odd brown patch. But the sun was shining, the slopes weren’t crowded, and we were skiing. There’s no such thing as a bad day on skis.

A couple more runs, including some moguls on Spotted Elk, and the sun was starting to do its job. The snow was softening; slush bumps anyone!

We knew there was snow heading in this afternoon, so we headed up Lone Peak Tram while the light was good, the wind wasn’t blowing, and the clear skies meant we could see the views.

We waited ten minutes until we packed into the tram. The tram holds 15, and each trip takes four minutes to rise 1,450-feet. The smooth ride up takes you right over the gnarly terrain, including the infamous Big Couloir. We did see a couple of skiers coming down BC, and as much as I’d like to have done it, the conditions looked pretty good, an avalanche beacon is a requirement to enter the couloir, and I did not have one on. After taking a bunch of pictures at the top, we took the winding switchbacks to get to Liberty Bowl. There were rock fields left and right, and a band about halfway down, but this was the best snow of the day. The steep face was soft, not too slushy, and perfect for making big arcing spraying turns or fun short turns down. I can only imagine this area on a powder day. Lone Peak has a whole backside that we wanted to explore; maybe tomorrow, there are a few inches in the forecast.

We skied down to the Shedhorn chair, then followed the runout with gnarly scree fields to the right that must be free game in a good snow year, to the top of the Swift Current 6 chairlift. Skiing down the southern facing runs, the snow was starting to get soft; the stuff that grabs you and threatens to separate your knees then fires you like a rocket as you go through the shade of the trees, then quickly throws you out of your boots again as you reenter the sun—time to put spring wax on my skis.

We stopped in the lodge at the base for lunch, a quick coffee, and a snack from the grocery store before heading out for a few more runs.

The base area was heaving, people everywhere, and huge lines at the chairs. Ski racks were lined up right along the base, full of skis. But we waited no longer than five minutes in any line all day (except the tram), which is testament to the great job the Ramcharger and Swift Current 6 do of moving people quickly up the mountain.

The storm system had started to move in, the wind had started up high, clouds were moving in, and flakes were beginning to fall. We took the Swift Current 6 chair up, North America’s fastest six-pack. We skied off here for an hour or so, chasing the sun around the mountain, finding mogul runs and groomers. We ventured further towards the Yellowstone Club, slumming it on the Thunderwolf a couple of times.

As we finished the day, people were whizzing over the base area on a zip wire and a DJ was playing to an enthusiastic crowd who were all celebrating the day and doing their snow dances. The atmosphere was fantastic, and everyone at the base area was having fun and loving life.

Tomorrow should be just as fun. Fresh snow and a whole other half of the mountain to explore, as well as the backside of Lone Peak, it’ll be like visiting another resort. With a resort as massive as this, and with such varied terrain, whatever the snow conditions, you’re always going to have fun and find some good stuff.

We finished the day by visiting a neighboring resort to check out their retail and lodging before heading for dinner at one of the restaurants. Rumor had it a certain social media founder was in the building. That’s another story I could tell you. But then I’d have to kill you. 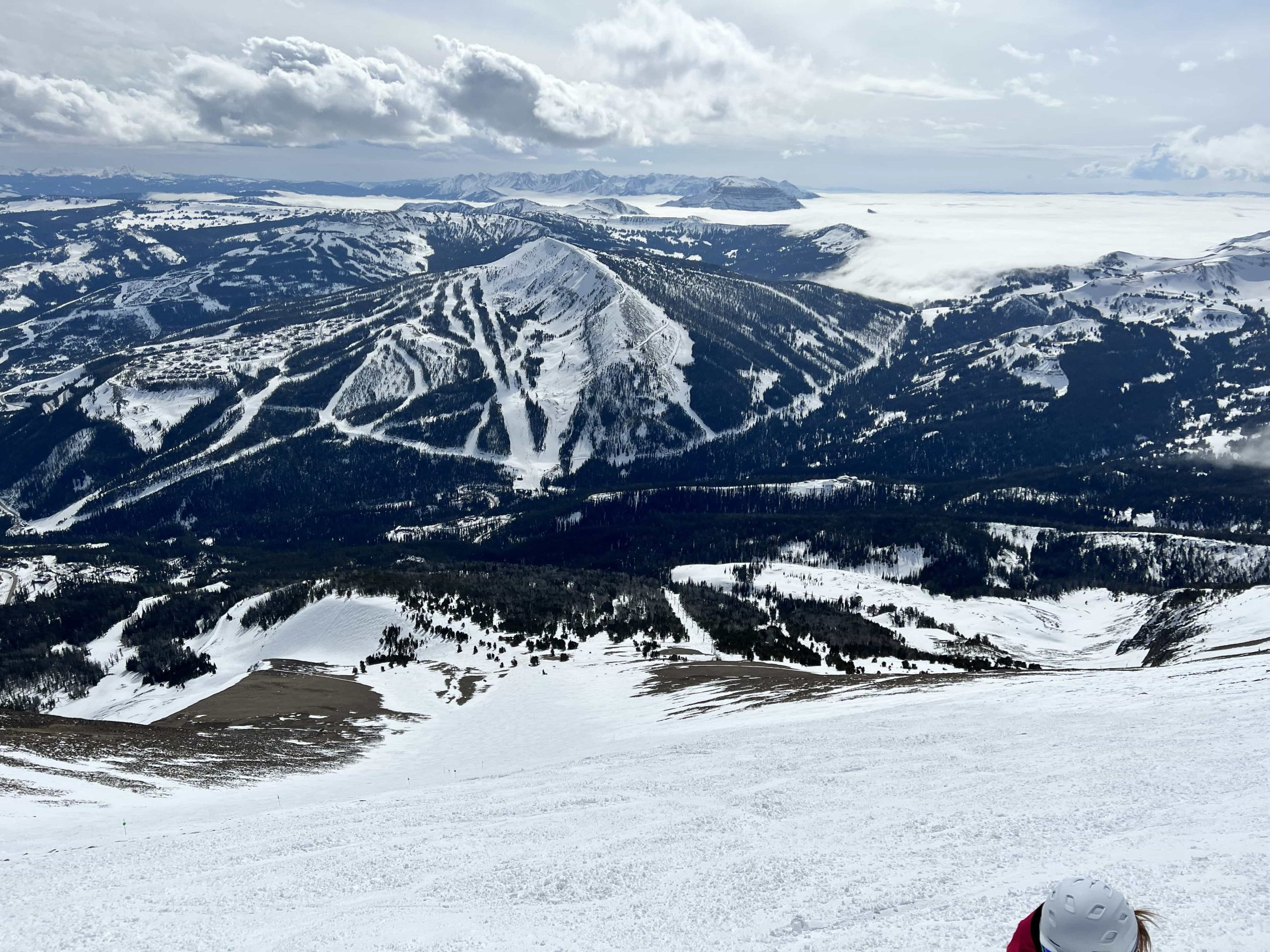