Here at SnowBrains, we were curious if there is any correlation between the most in-shape and obese major cities in the U.S. and their distance to the closest ski resort. Here are our findings:

Out of the 100 cities listed, we took the top 15 obese and the top 15 in-shape cities on the list and calculated their distances to the closest ski resort. 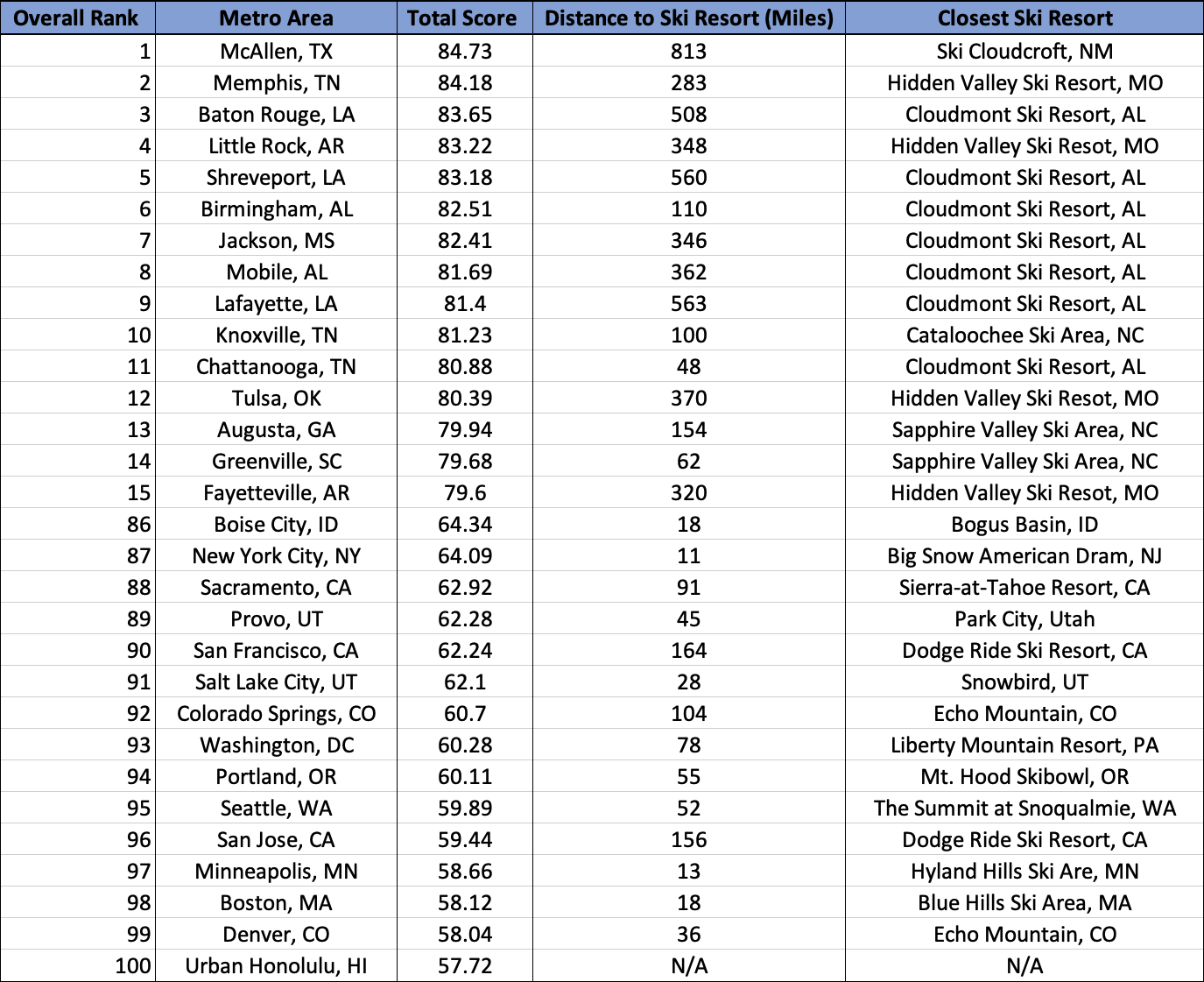 Except for Urban Honolulu, HI, San Francisco, CA, and San Jose, CA, the top fifteen most in-shape cities are within 100 miles of a ski resort.

When analyzing the top fifteen obese and in-shape cities in the United States, there does indeed seem to be a correlation between Wallethub’s obesity score and the distance to the closest ski resort. We are not trying to say that the proximity to skiing directly correlates with obesity rates, correlation does not equal causation, but it may point towards a more general picture of people’s proximity to vast outdoor recreation areas such as mountains where ski resorts are located. Let us know what you think!