We journeyed out on an exploratory adventure today in search of new terrain.

The day was hot.

I was already overheating in the first 100-yards…

For some reason, the snow didn’t seem to get affected by the heat.

Considering the Central Sierra snowpack is at 5% of average right now, there is a lot of snow in this zone.

We walked quite a ways before finding the terrain we were after – steep, long, narrowish chutes facing due north.

We were happy with what we found.

We ate and drank at the base of the chutes and picked out which ones we wanted to ski.

Then it was up the steep chutes

Skinning first then bootin’ for a short bit.

The chutes were about 1,300-vertical-feet long so it didn’t take long to surmount them.

From the top, we saw a whole other set of chutes that faced due north and looked steep and spicy.

Today’s chutes were long and straightforward except for the boulders melting out of the snow and adding a little extra fun.

The snow was highly textured and still pretty firm, which allowed for speed and fun.

At the bottom, we talked about doing another lap – which was the right thing to do – but it was just talk.

It was hot and we were ready for Mobile Mart fish tacos!

The walk out wasn’t too bad.

Mostly flat and slightly downhill until we crossed the creek and walked up the road back to the cars.

We après skied at the cars, then rolled down to the Mobile Mart at the 395/120 junction and pigged out on fish tacos, steak sandwiches, french fries, and pinot grigio.

Nothing beats the Eastern Sierra in May… 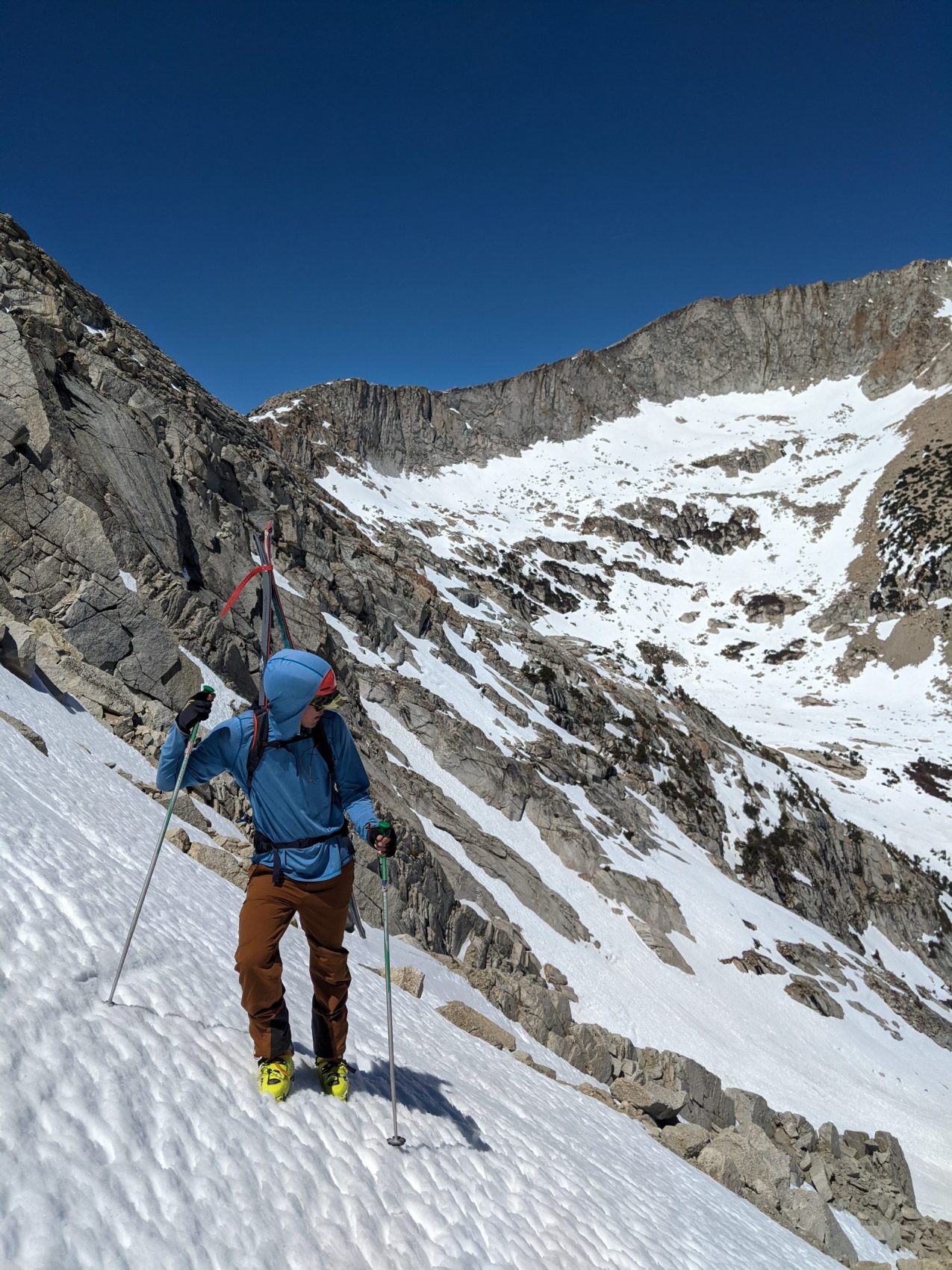