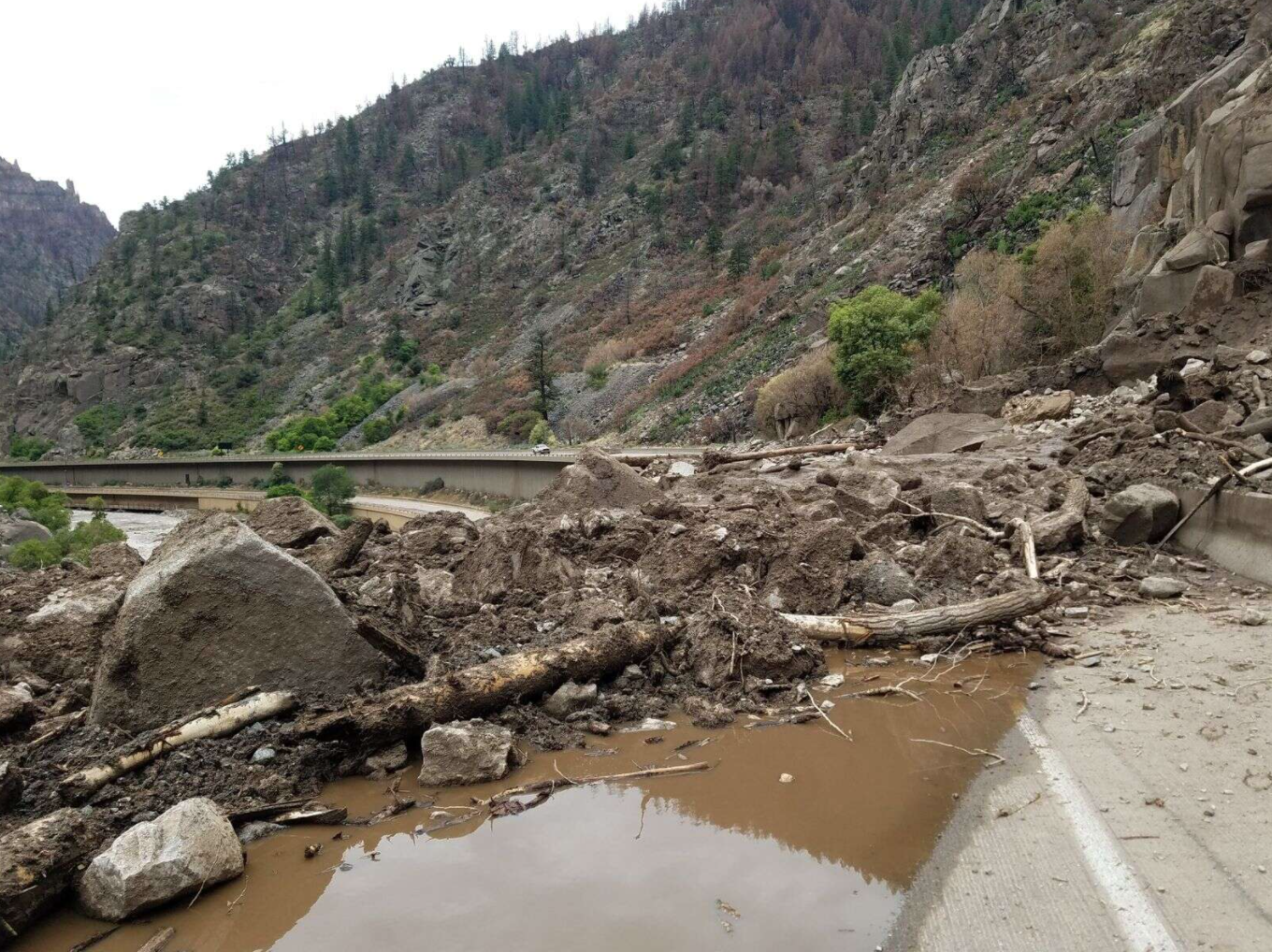 Heavy rain and flooding in recent weeks have triggered large mud and rock slides, causing “extreme damage ” to the Glenwood Canyon, Colorado section of Interstate 70 and forcing it to suddenly close, according to the Colorado Department of Transportation. As of Sunday when CDOT assessed the damage incurred from the slides, the agency said that the chunk of highway will remain closed for the foreseeable future.

CDOT didn’t share the specific extent of the damage to the Glenwood Canyon portion of I-70 besides calling it “extreme.”

“CDOT crews are assessing damage and continue to clear debris and mudflow when weather conditions are safe,” CDOT said in a news release. “Motorists are recommended to use the alternative northern route as described below. For trucks planning to travel through Colorado, CDOT recommends they take Interstate 80 through Wyoming.”

I-70 has been closed to traffic since Thursday night. The Colorado Sun reports that a quick storm moved in and hit the Grizzly Creek burn scar, in the process stranding 108 motorists and their passengers. Heavy rain and flooding in burn scar areas have been shown to increase the likelihood of mud and rock slides. Many of those passengers sought shelter in the Hanging Lake Tunnels area and were eventually evacuated. Meanwhile, between 65-70 people were stranded at the Bair Ranch exit and were also evacuated, according to the Colorado Sun. No one was injured or killed.

CDOT Denver Metro Communications Manager Tamara Rollison said Sunday there was no estimation as to when I-70 will reopen. For the time being, motorists are advised to use the alternative northern route via Interstate 70. Westbound motorists should use Colorado Highway 9 north toward Steamboat Springs, U.S. Highway 40 west toward Craig, and Colorado Highway 13 south toward Rifle (and vice versa for traffic coming from the west.) According to the Summit Daily, this summer CDOT will be closing the interstate anytime a flash flood warning is issued for a burn scar area along the highway.