Alpinist Karl Egloff just set a new speed record for climbing up and back down 20,310-foot Denali (the highest peak in North America). In taking 11 hours and 44 he shaved a whole minute off the previous record, set by legendary Spanish alpinist Kilian Jornet in 2014.

The 38-year-old Swiss-Ecuadorian has been taking down Jornet’s speed records on the Seven Summits one at a time, and on Thursday, June 20, climbed the West Buttress route on Denali in 7 hours 40 minutes to reach the summit and then took another 4 hours 4 minutes to get back down. 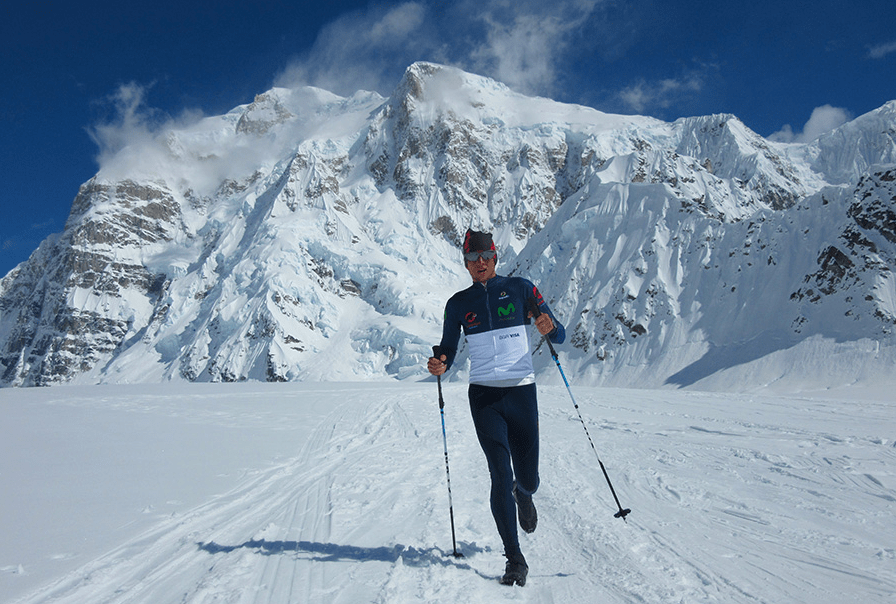 Egloff destroyed Jornet’s previous ascent record, slicing 2 hours 5 minutes off the Spaniard’s previous record of 9 hours 45 minutes from base camp to summit. And though Egloff’s roundtrip time was only faster by a single minute, Jornet had descended on skis while Egloff completed the entire climb—up and down—on foot.

“Karl Egloff chose to ascend through the West Buttress route with a distance of 26.55 km (16.5 miles) and 4060 m of positive elevation gain, and descended through the same route, therefore, setting a completely new record. Egloff left from the base camp located at 2194.5 m (7200 ft) at 7:00 am local time. This is his fourth world record achieved within his Seven Summits project” a press release said.

Egloff’s other already-established speed records on the Seven Summits are as follows:

Kilian Jornet was one of the first to congratulate Egloff for his race up and down the highest mountain in North America.