It was dumping snow in the Wasatch as I crested and fell down Parleys Summit.

I felt a little crazy for leaving powder, but I knew what awaited me on the side of the desert…

“The Three Musketeers” on audiobook.

Nevada was rough with snowy passes.

As I rolled past Palisades Tahoe, it dawned on me just how much snow there was.

I called Bevan and called an audible.

It was noon when I met up with Bevan on the North Shore of Lake Tahoe.

We knew our time was limited as we had four hours and change before sundown.

The move we were about to make made no sense, likely didn’t have enough snow, and was likely already sun-cooked.

We were just stupid enough to pull it off we decided.

The views continuously improved with elevation.

Until we ended up in a cloud hanging on the summit.

A bit of a bummer because the views from the top can be so epic.

We found a new drop-in we’d never tried and committed.

About ten turns in, we burst from the cloud, and the sun hit.

The snow was sun affected but good.

We skied, slashed, hopped, and hooted in the cotton candy light.

The snow became more challenging as we descended and light more rosey.

At the bottom, we were blown away, fired up, and relieved that we’d pulled it off.

We drove home in ecstasy and had homemade pizzas on naan bread. 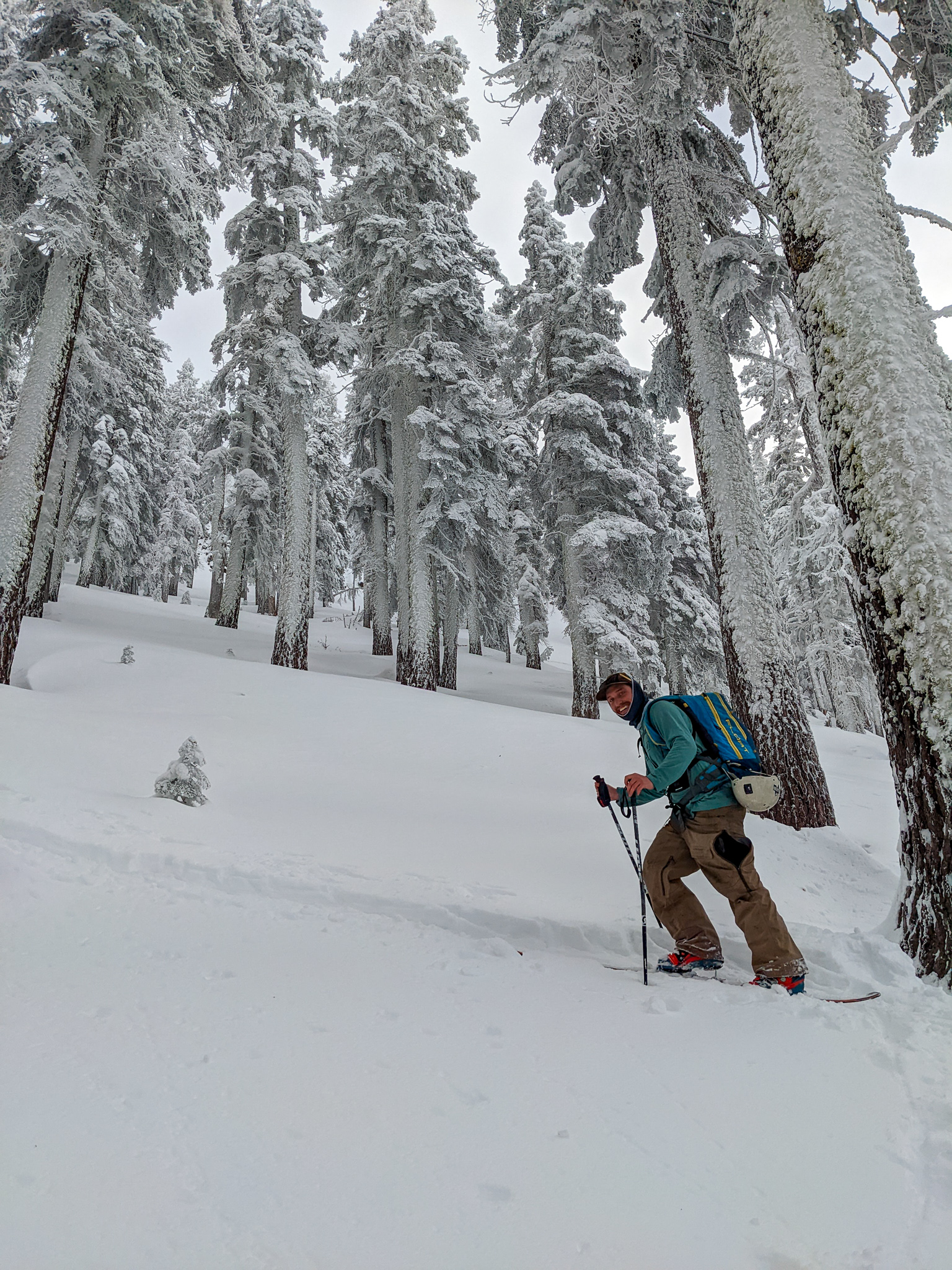