Only a few weeks remaining in our 2015 climbing season. There are still good conditions to be found on the north side glaciers. And for those looking for a non-technical ascent, the Clear Creek route is always an option.

Mt. Shasta is known for it’s alpine beauty and unusual cloud formations that appear. Lenticular clouds in particular often make stunning vistas and are frequent in the fall and winter. We’ve seen plenty of photos of a shrouded Mt. Shasta; here’s Mike Whitman’s view from a summit climb that pushed through the clouds.

As we move later into the year, the snow from the previous winter is primarily melted. The glacier surface becomes extremely textured and sun cupped. There may be sections of exposed ice which require careful crampon technique and belayed sections of the route. Best options are the Hotlum-Bolam and Hotlum-Wintun. The south and west side of Mt. Shasta have very little snow and are not recommended due to rock fall hazard and poor climbing conditions. 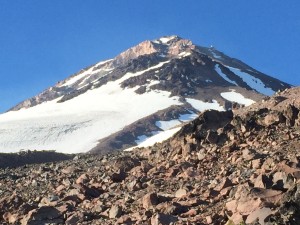 At this time of year, we recommend our Glacier I and II courses. These are 4 and 5 day seminars which allow time for thorough skills training, practice, and acclimation in order to tackle the late season conditions. For a less technical option and summit climb Clear Creek is possible as well. This will be primarily rock and scree hiking and scrambling on open volcanic slopes. 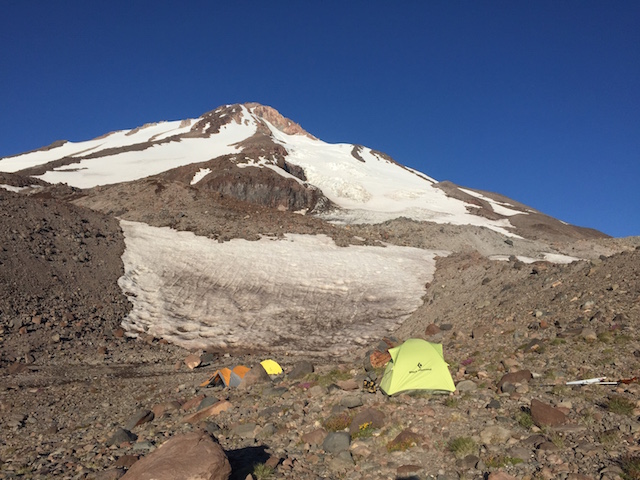 As the season on Mt. Shasta winds down, there is the eager anticipation of the next adventure. Rich Meyer heads to Chile to lead a ski touring trip in Northern Patagonia. The timing looks awesome as Chile has been receiving multiple feet of snow this week! Dave Miller will be guiding alpine climbs in the Alps, then heads to the Mexico Volcanoes in November, this is a great intro to high altitude mountaineering on Pico de Orizaba. Many of the guides head to the Eastern Sierra for alpine rock and other destinations to get some personal climbing and hone their skills.

While we may spend the shoulder season chasing adventures, we are still hopeful that the forecast for a significant El Nino brings major snows back to Mt. Shasta. The last big El Nino years delivered dizzying amounts of snow, we can only dream that we see this return to winter once again!