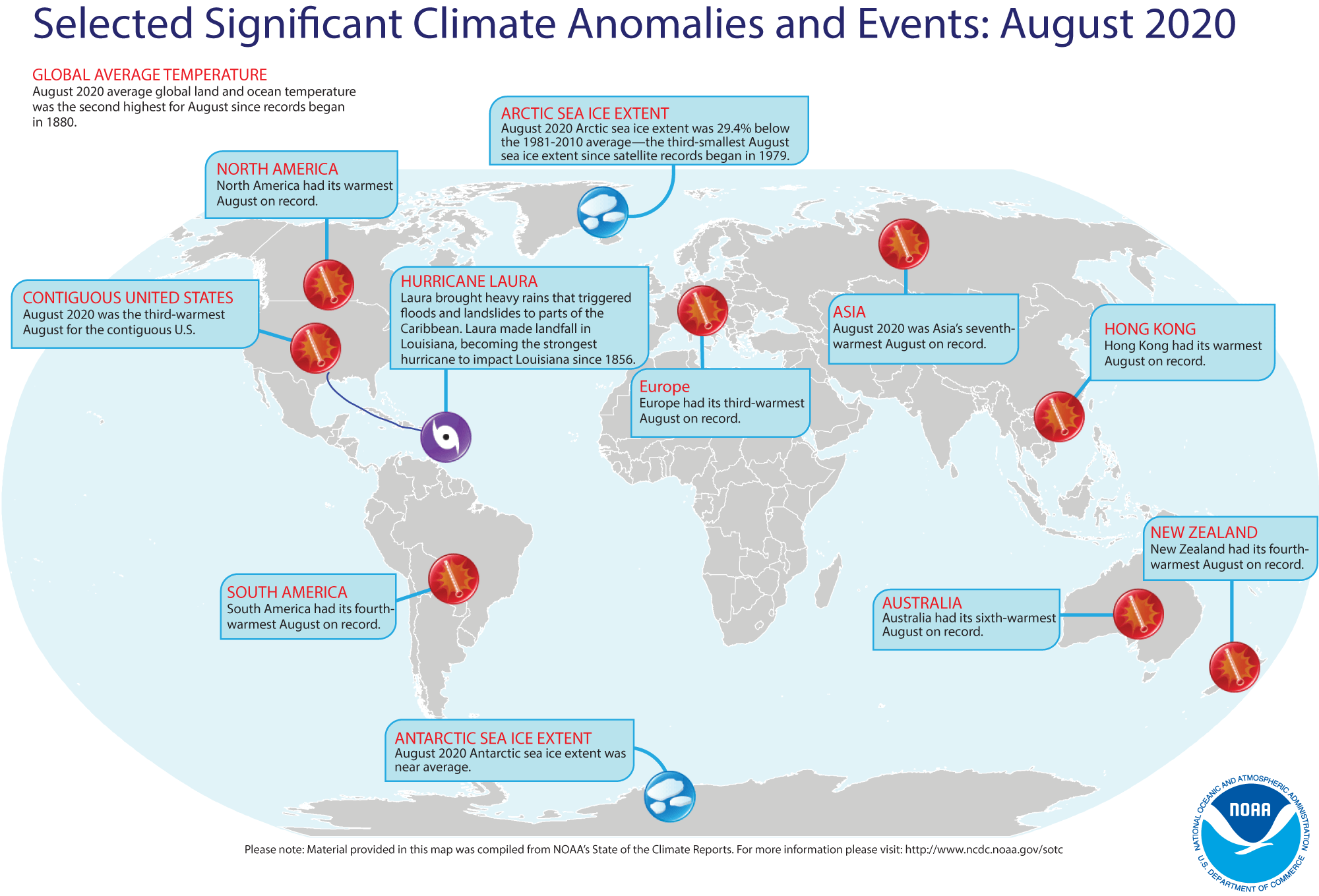 The August 2020 globally averaged temperature departure from average over land and ocean surfaces was the second-highest for the month of August in the 141-year NOAA global temperature dataset record, which dates back to 1880.

This monthly summary, developed by scientists at NOAA National Centers for Environmental Information, is part of the suite of climate services NOAA provides to government, business, academia, and the public to support informed decision-making. 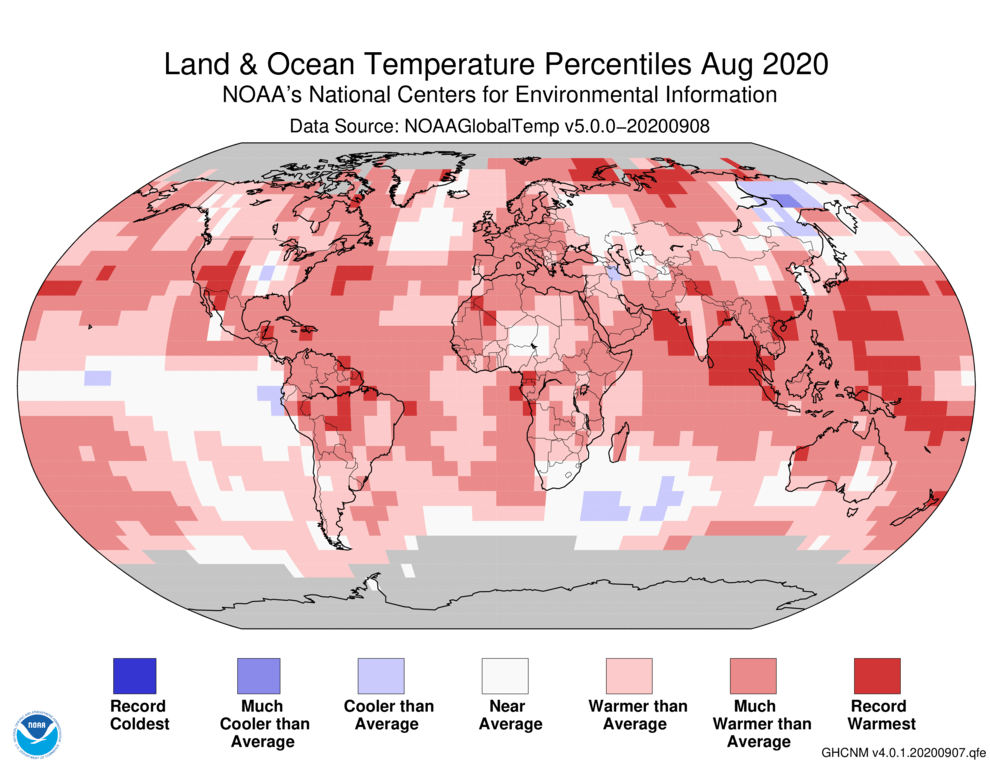 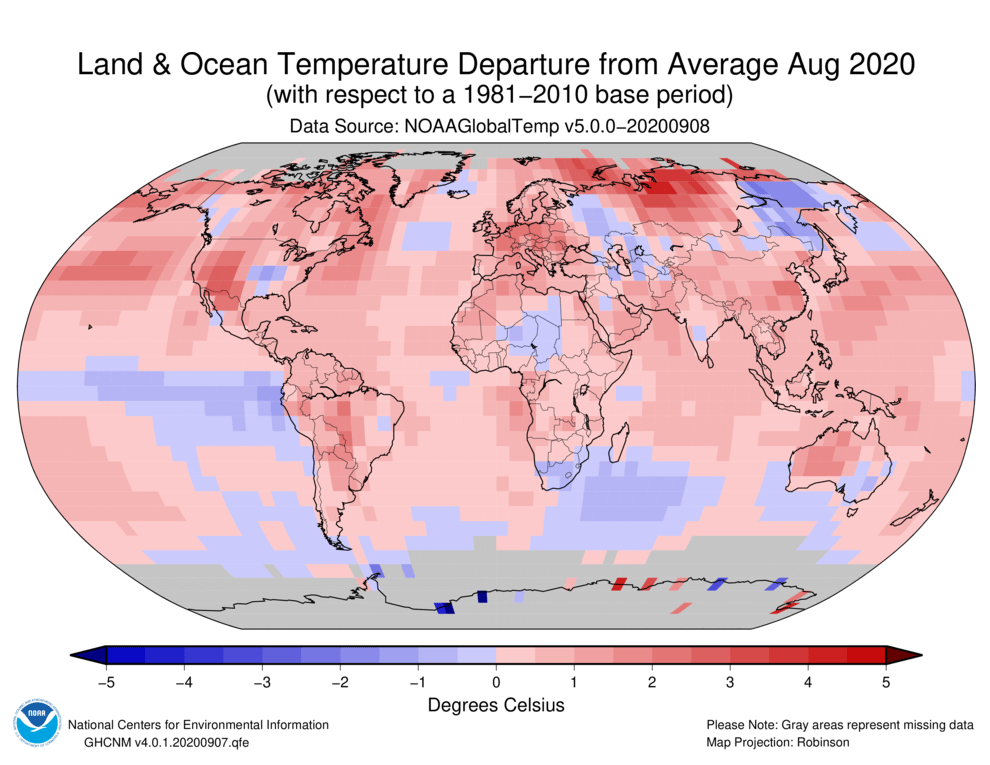 The August average Arctic sea ice extent was the third smallest on record at 820,000 square miles (29.4 percent) below the 1981–2010 average, according to analysis by the National Snow and Ice Data Center (NSIDC) using data from NOAA and NASA. This was behind the two smallest extents which occurred in 2012 and 2019. 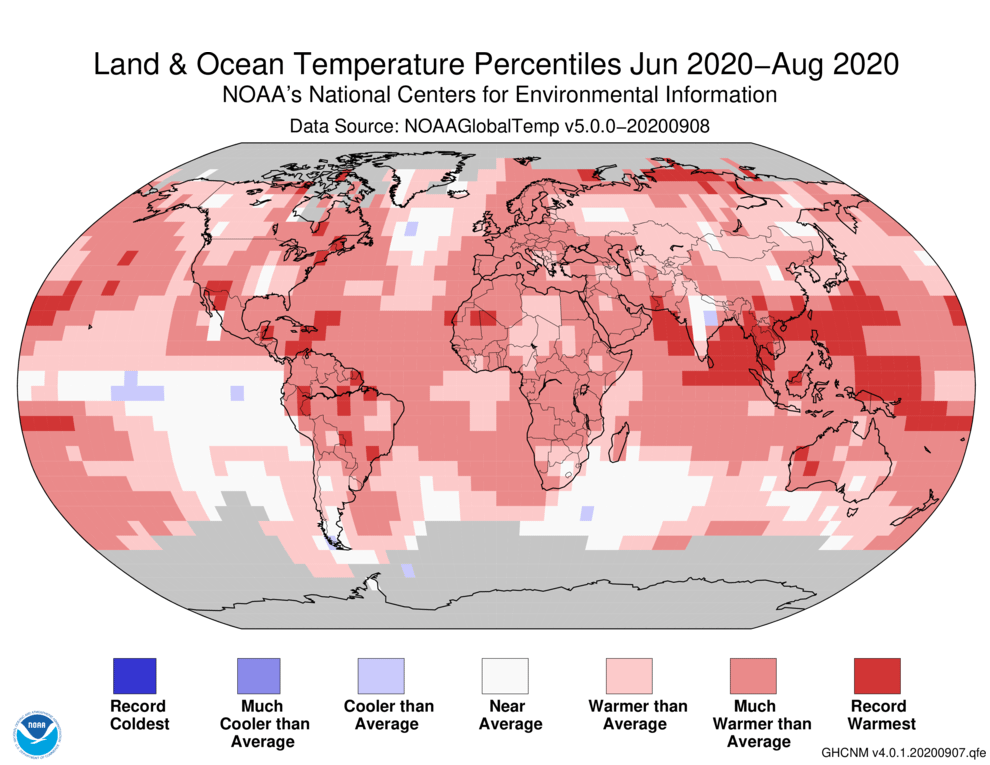 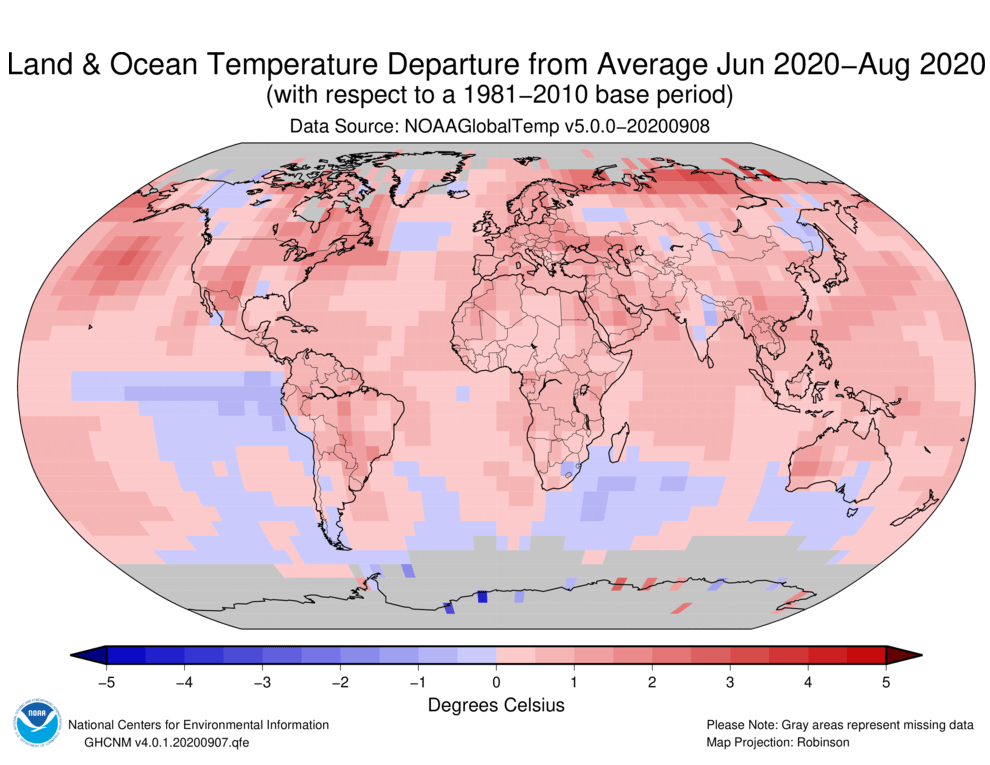 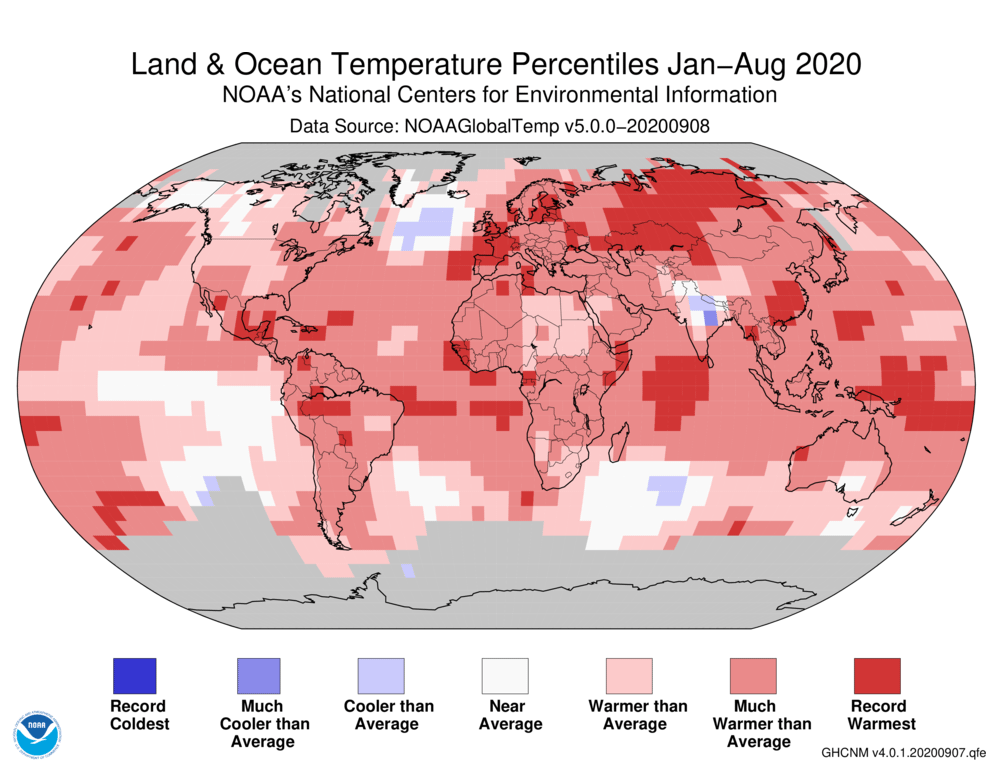 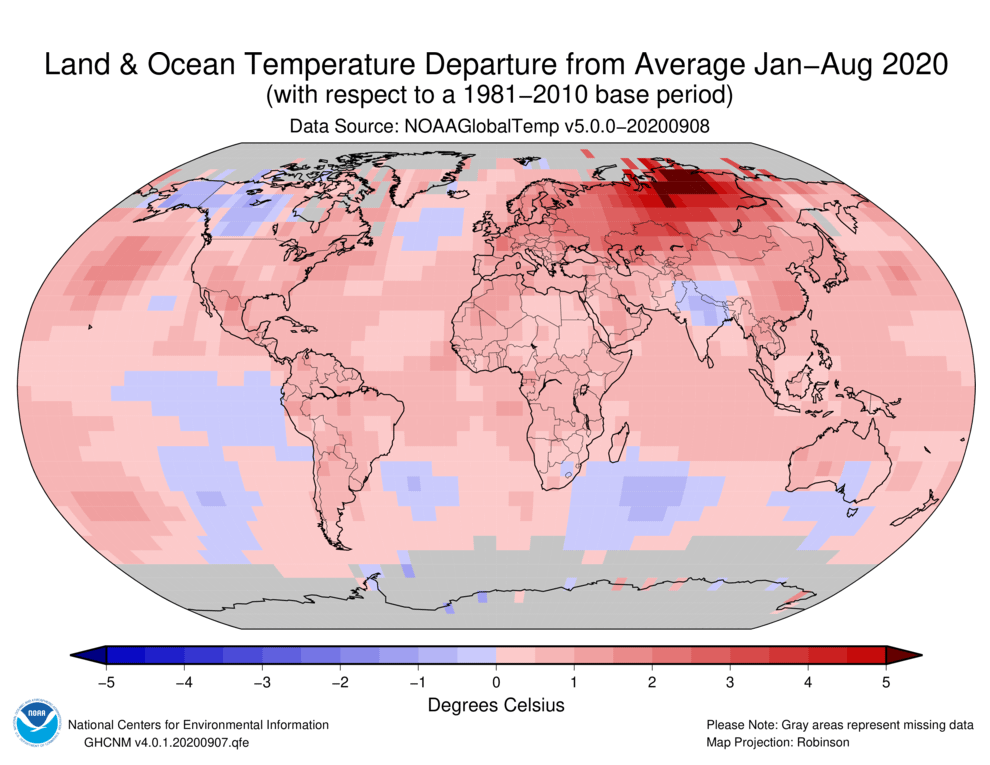 For a more complete summary of climate conditions and events, see the August 2020 Global Climate Report.