Day one. A beautiful day to get lost in the mountains.

Being barely halfway through the month of October, we were not yet back into the flow of things when it came to skiing; we started an hour after we said we would, I forgot my water bottle, we got lost on the way up and Connor broke his new backcountry ski binding.

I started skinning from Alta Ski Area’s Albion base area at 9:30 am. As of Wednesday morning, Alta had reported 14-inches from the latest storm cycle this week, bringing its season total up to 23-inches. The skies were clear, there was no palpable wind whatsoever, and the leaves on the aspen trees were still orange. The ski area was suspiciously quiet and still as I toured up to Alfs, where I was to meet a couple of buddies to continue touring with.

I made it there by 10 am, having passed a couple of skiers ripping down on my way up. I saw one skier—whom I later learned I had encountered on Rocky Peak in the Oquirrh Mountains last April—making clean, pretty turns down a shot of untouched powder on Greeley’s, which was to my right as I walked up. They looked fresh and free of rocks. Seeing this built my confidence that we would find good snow today. There were also some observable new snow avalanches on Greeley’s from the night before, which I made note of as I continued my tour.

At Alfs, I met up with Connor and Gavin, who were excited to be showing off their new backcountry ski set ups. We set off towards the Supreme ridgeline with aims of skiing Catherine’s, just to the skier’s right of the Supreme top shack. I led the party from Alf’s, taking an unexpected detour through the trees and getting us lost for a brief moment. Gavin had suggested that we go a different way from Alf’s towards the top of Supreme, but I assured him the way I wanted to go was correct. He shot me bothered glances when I looked back at him as we broke trail through two feet of untracked powder in the trees.

Several creek crossings later, we made it to Rock-and-roll—the blue trail linking to the top of Supreme which we had been looking for. There were no tracks in front of us other than deer, moose, and ermine prints—we were blazing trail from here on out. As we crept up in altitude, Devil’s Castle came into view, appearing completely snowed-over and winter-like. We were finally out of the trees and exposed to the high Wasatch air, but still, there was no wind—no sound. Connor remarked on this eerie silence:

It was still and sunny as we strolled past views of Devil’s Castle and far off Mt. Baldy, hiking through two feet of untouched snow. Because it was the first real snowfall of the year, we were surely the first skiers to hike up this way this season. The snow felt fresh and fluffy but was exhausting to hike through without a previously set skin track to follow. Soon enough we were at the Supreme top shack and were surrounded by a white wintery scene all around—everything in these mountains was covered. We all agreed that it felt like winter and that we were lucky to be skiing in the middle of October, despite the early season snowfall’s implications of a dangerous, unstable snowpack to come.

By 2 pm, we were dropping into our line. We elected to ski an open meadow in Catherine’s which was less likely to have rocks and was already partially tracked. While we were transitioning to ski, Connor noticed that the entire back part of his Armada Shift binding had come off, so he jury-rigged it somehow, enabling him to haphazardly to ski down. I went first and skied a 600-foot shot of delectable powder.

The top section here in Catherine’s skied like any mid-winter’s powder line I’ve ever known. The snow was fluffy and low density—high quality, Wasatch powder snow. I felt a little awkward skiing two feet of powder for my first turns since June, as did Connor and Gavin. But at the bottom of the line it was all hoots, hollers, and smiles. We spent the remainder of the descent navigating through trees and rocks, our paranoia of core shots keeping us conservative. We were able to score a couple more short sections of decent powder skiing before it got sticky and flat. It was here we transitioned from skiing to hiking with skis on, avoiding rocky sections all the way back to the car.

At one point on the sluggish ski down, I saw some youngsters building a jump. It brought me joy and reminded me that soon enough winter outings like these will be norm; the aroma of boiling coffee, snowy parking lots filling up, spinning lifts—all will mark the change of the seasons for the better. 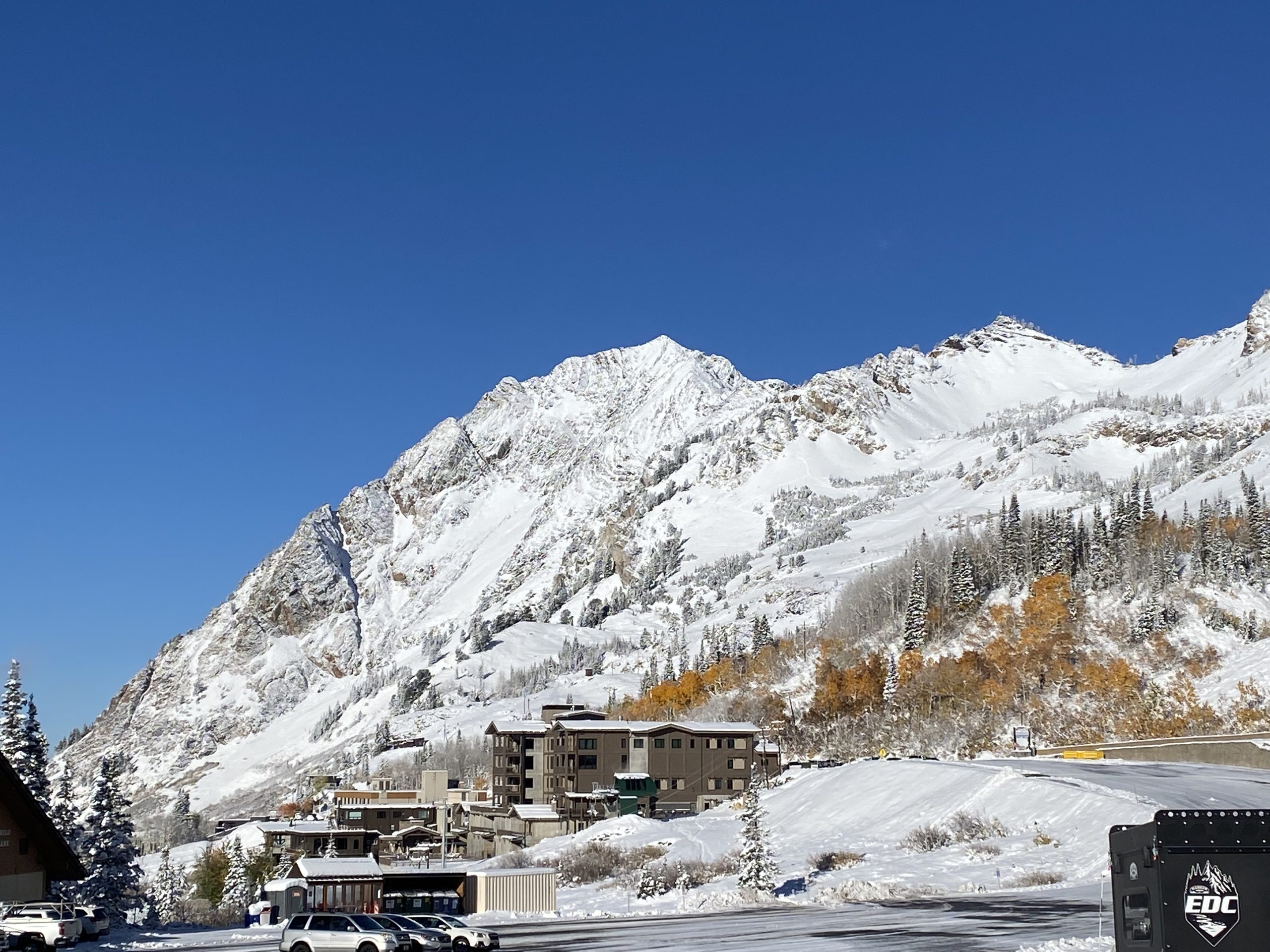 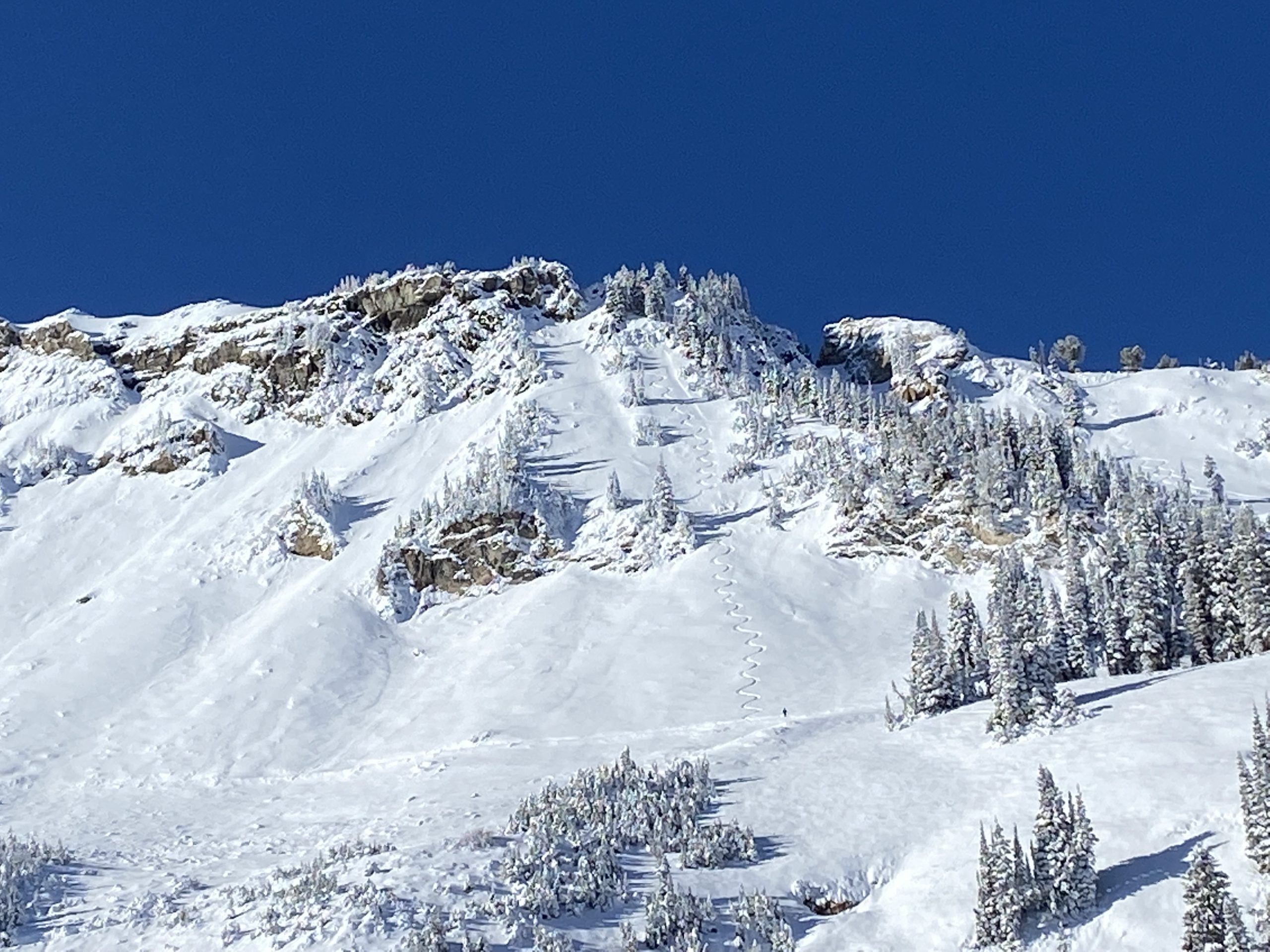 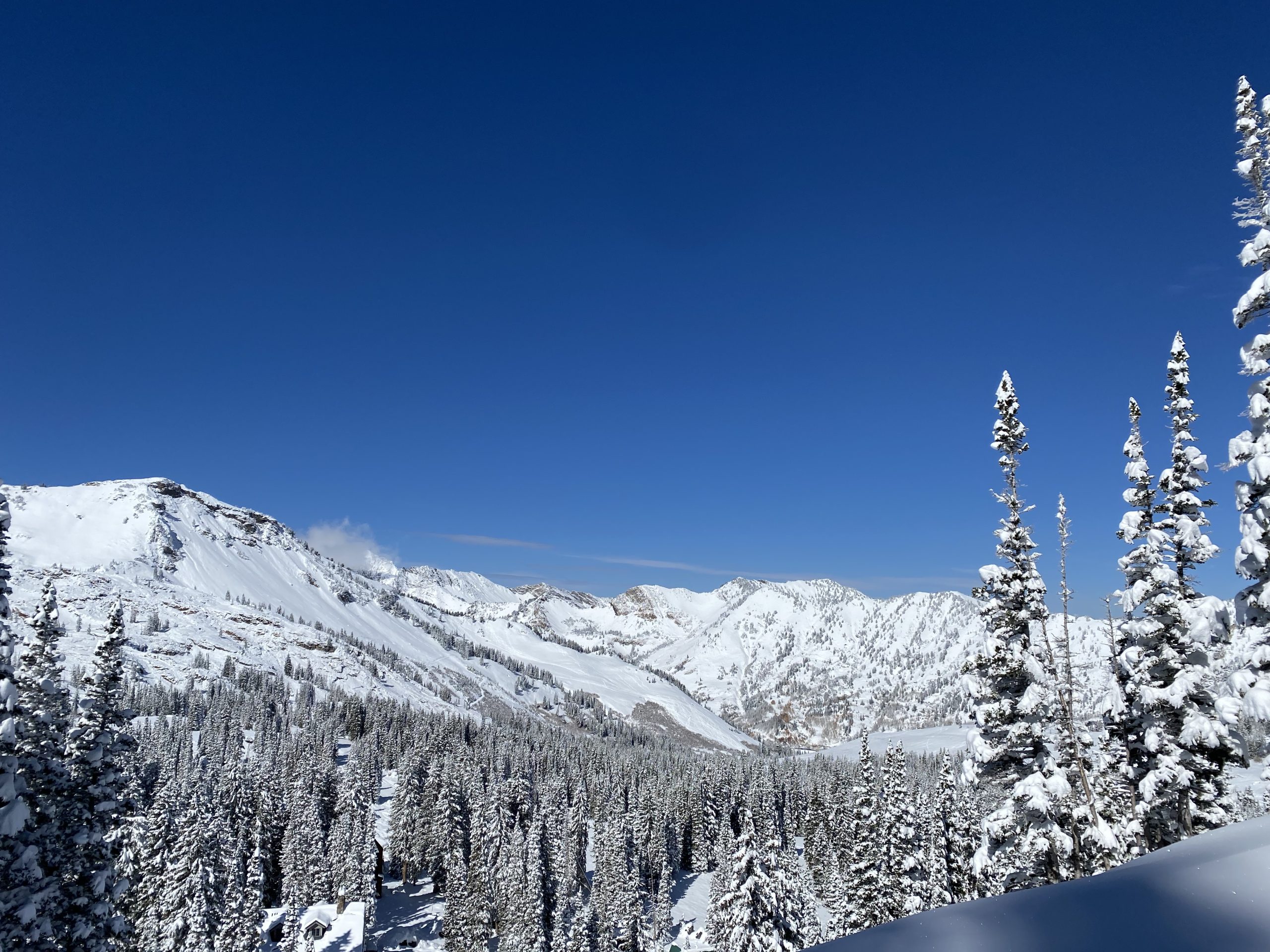 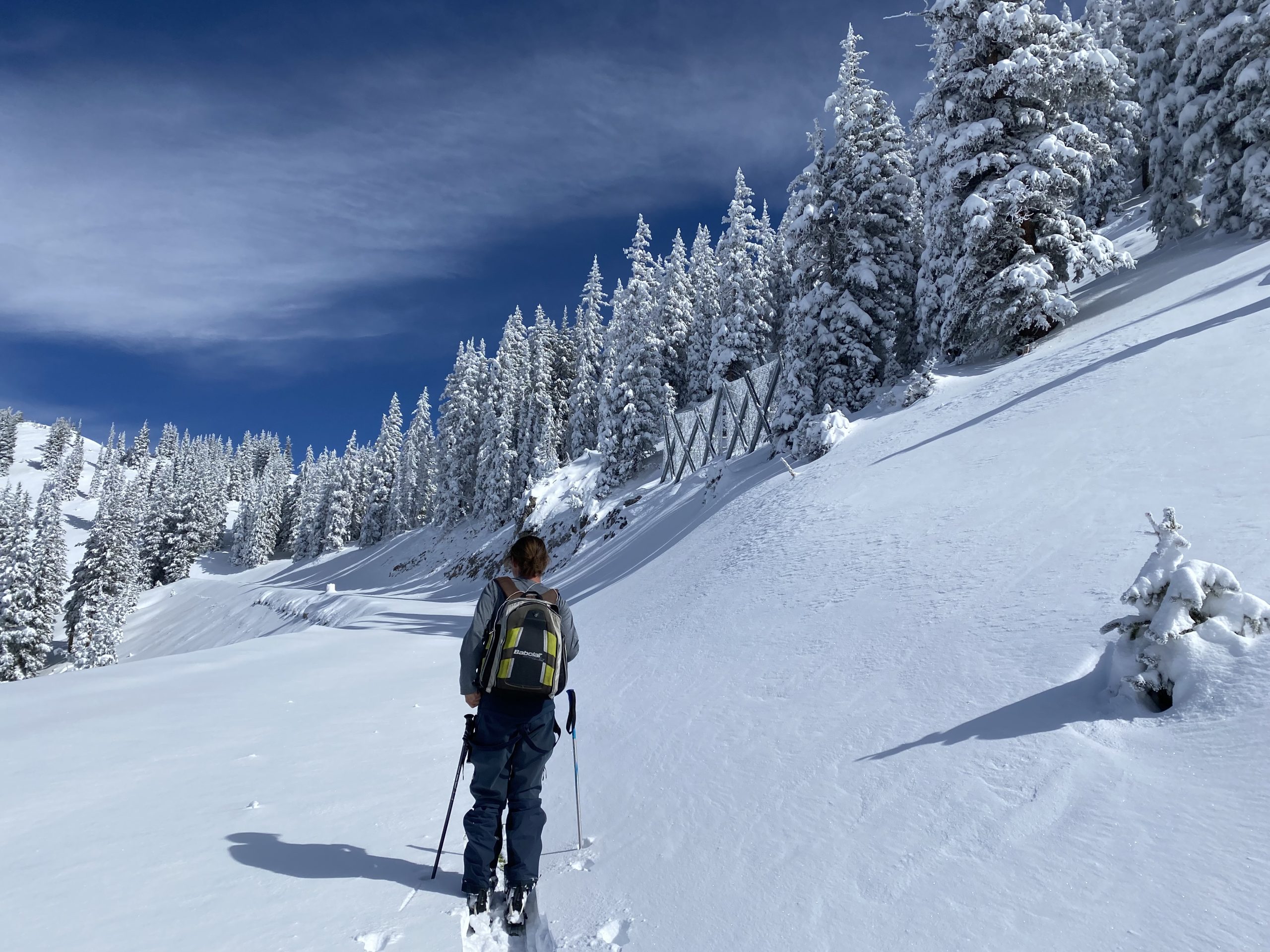 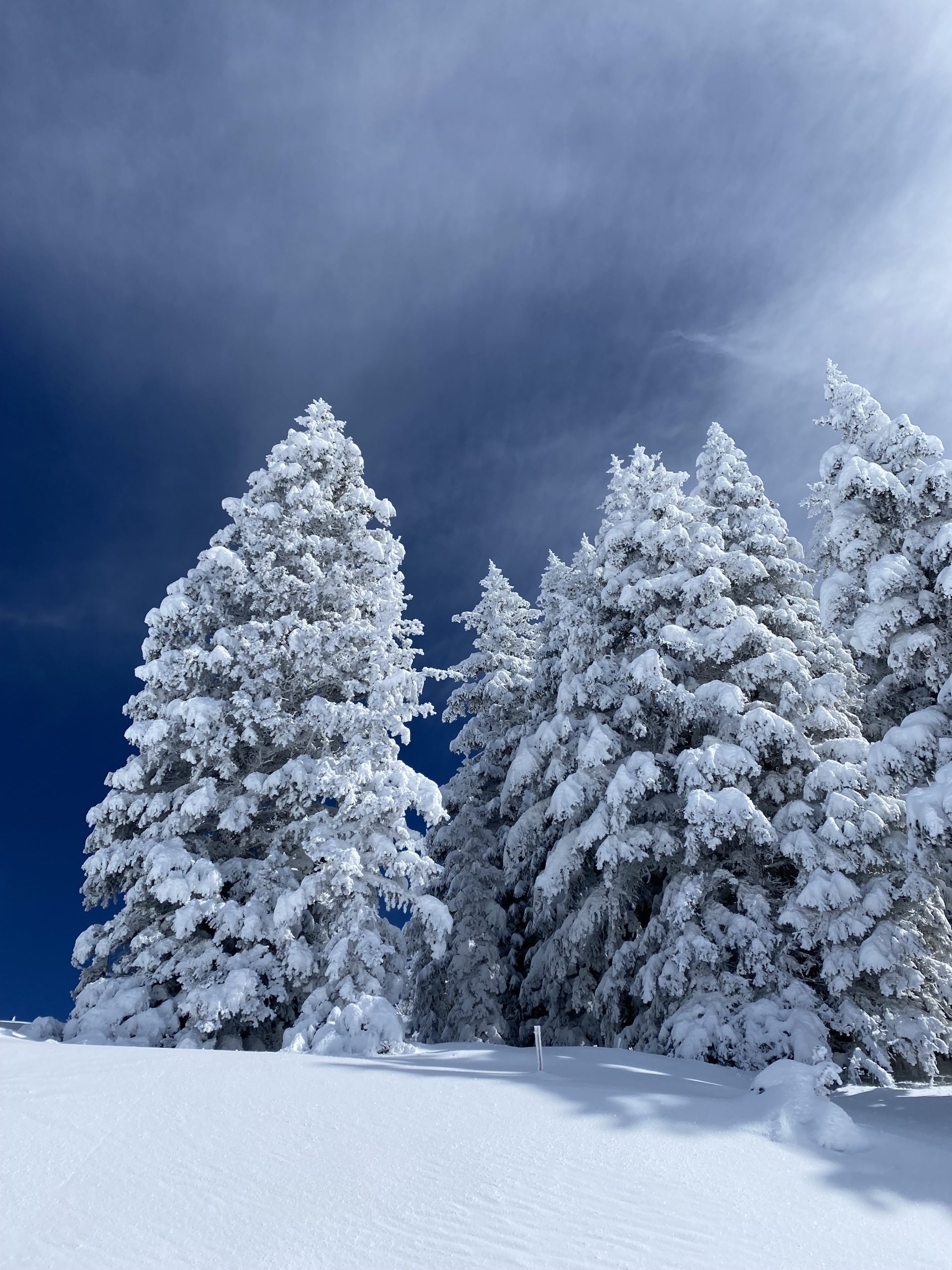 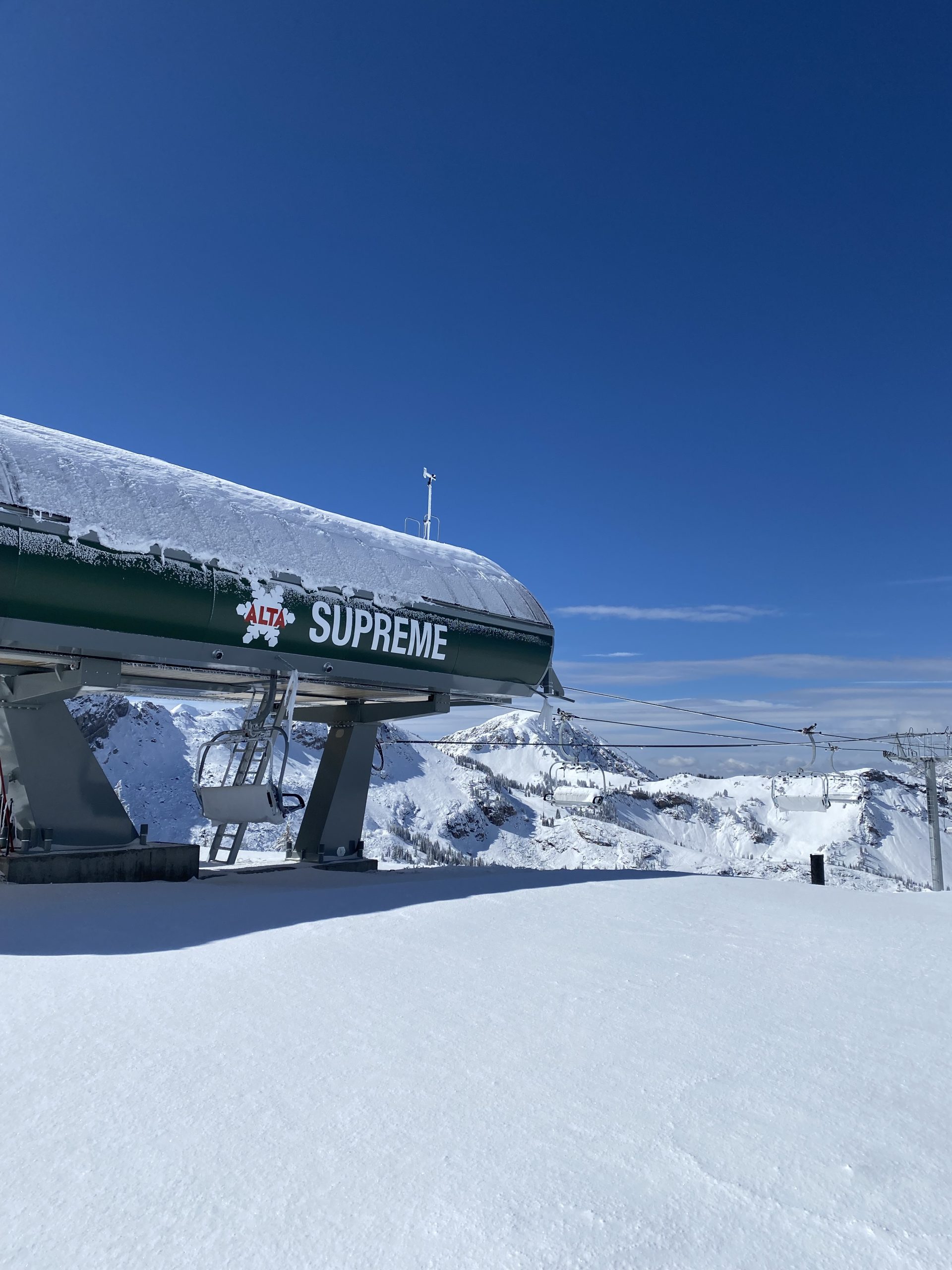 The West is the best