A common misconception is that there has been a large push to replace the term ‘global warming’ with ‘climate change.’ Many people think that because several places on Earth have experienced more cold and wet weather, that the Earth stopped warming as much and thus ‘global warming’ has been replaced with ‘climate change’ as a more accurate or daunting phrase. However, this is not true. Scientists still use both terms because they are used to describe separate, different phenomenons.

The most important thing to establish to understand the contrast between these terms is the difference between weather and climate. Weather is what happens on the day-to-day. It’s whether it is raining, snowing, what the temperature and humidity is, etc. Weather can change drastically in a matter of minutes, hours days, weeks, months, and often varies slightly from year to year. But all of these timeframes are relatively short, and changes in them are changes in weather, not in climate.

Climate is the average of weather patterns over a long period of time: decades to centuries. When plants and animals adapt to their environment, they adapt to the climate. As climate changes across the globe, it affects micro-climates and weather in each region of the planet. When it snows more than usual, this is a change in the weather. When it snows, rains and temperature varies from year-to-year, whether those changes are like each other or not, this is a change in the climate. A de-stabilizing of conditions that have held for decades to centuries.

These frequent changes matter because this lack of reliability not only makes things difficult for humans, but it makes surviving increasingly difficult for plants and animals. Adaptation happens on a much longer time scale than climate change is occurring. Organisms cannot adapt fast enough to deal with an entire spectrum of possible weather outcomes at any given year.

Global Warming, Greenhouse Gasses and the Link to Climate Change

Global warming (and subsequently climate change) is driven by changing levels of CO2 and other greenhouse gasses in the atmosphere.  CO2 and methane (CH4) are responsible for most of the atmospheric pollution scientists consider the culprit of increasing global temperatures. Greenhouse gases trap and emit much of the energy (heat) coming from the Earth. Imagine the difference between being in a car with a window cracked or closed, versus fully open. Greenhouse gasses act like car windows in this sense, and as they remain in the atmosphere for 10s-100s of years, they keep thickening and rolling up the Earth’s ‘window’. This is global warming- the steady, global average of temperature being increased. 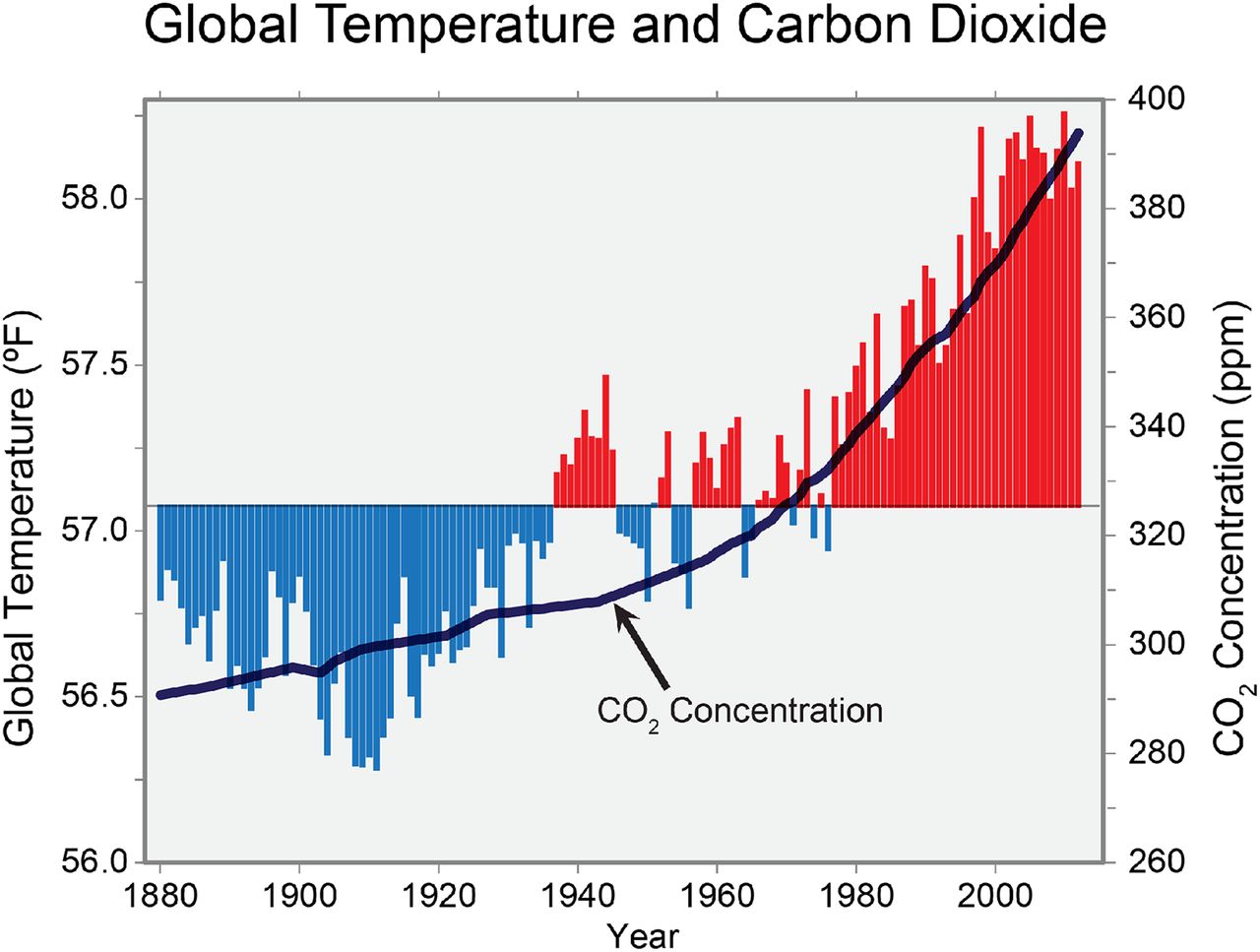 This change in heat causes different atmospheric phenomenon to happen globally- there is more evaporation in some regions, causing it to be drier- while other regions experience heavier rainfall or snowfall as a result of all that extra water in the atmosphere. This is climate change. It is not a few random incidents of strange weather; climate change is the accumulation of changing weather patterns globally, and everything is connected.

What is most concerning about today’s climate change is the unpredictability of weather from year to year in many regions. Living in areas with seasonal snow, you may have gotten whiplash seeing how some years it dumps powder and resorts stay open for months, and others the snow is more sloshy and the season is short-lived.

People are usually quick to correlate abnormally hot seasons with climate change. But when there is increased snowfall and rainfall, many misinformed people will proudly point to it as evidence against global warming/climate change.

Ironically, the existence or increase of cold and water-y weather is the direct effect of rising temperatures.

The cause of more snow/rain is increased water in the atmosphere; there’s more water than usual because it evaporated from places or in quantities that it normally doesn’t – because of increasing heat. 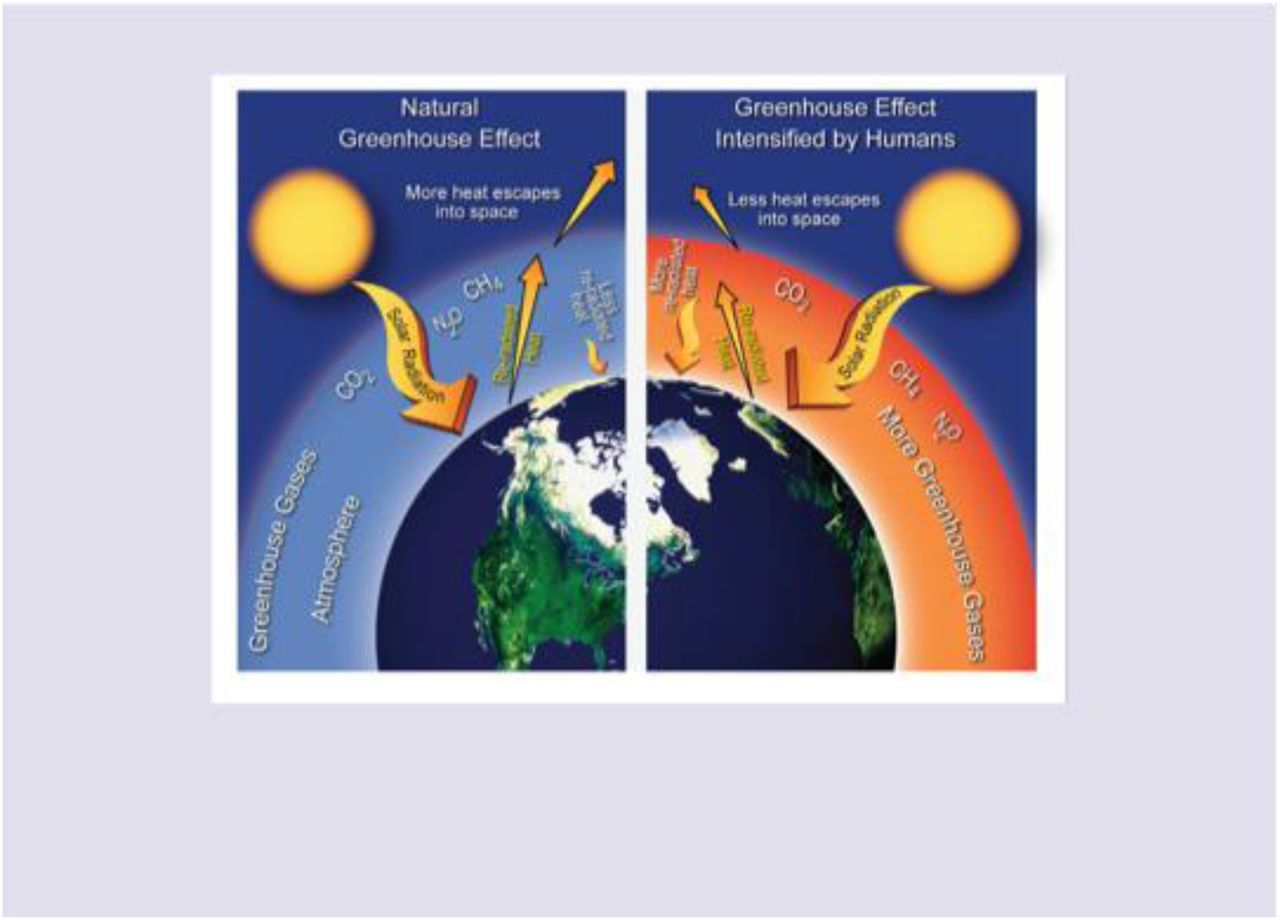 Climate Change Has Happened Before – Are We Just Sensationalizing Today’s Climate?

Climate change has happened on Earth before humans were present. This is an argument often used to rebuke that man is driving climate change and global warming. It is true, climate change’s have happened many times throughout the history of the Earth. Each understood event was also driven by CO2, methane and other greenhouse gases. Each resulted in the extinction of several species.

However, all of these climate change periods happened over much longer stretches of time, and still, it dramatically changed the composition of the Earth. What is so alarming about today’s climate change is the rate it is increasing, and how directly correlated omissions are to human activity. Change is happening far faster than much life on Earth will be able to adapt as a result.

Climate change has happened in the past, and it wasn’t easy for life on Earth. Climate change and increasing global temperatures are happening again at an even faster rate- the effects will be greater. Ancient climate change isn’t a reason to think that today’s climate change is a normal, casual phenomenon. It’s the very evidence behind how detrimental today’s trends can be.